5 Brand New Sydney Craft Breweries To Froth Over This Summer

Sydney is absolutely awash with craft breweries and that’s just the way we like it. From the long-reigning stalwarts like Four Pines in the north to the pillars of the community like Grifter in the West, we’ve got merchants of froth serving up all manner of suds to suit any palette.

But that doesn’t mean our thirst is ever truly quenched. On the contrary, we heartily welcome newcomers striving to fill the gaps in the market and serve us up something new and fresh or even have a punt at the classics we know and love.

Over the past few months, more than a handful of new ventures have been popping up right across the city and we thought it was high time to give you guys a rundown of the best new places to sink a few coldies. 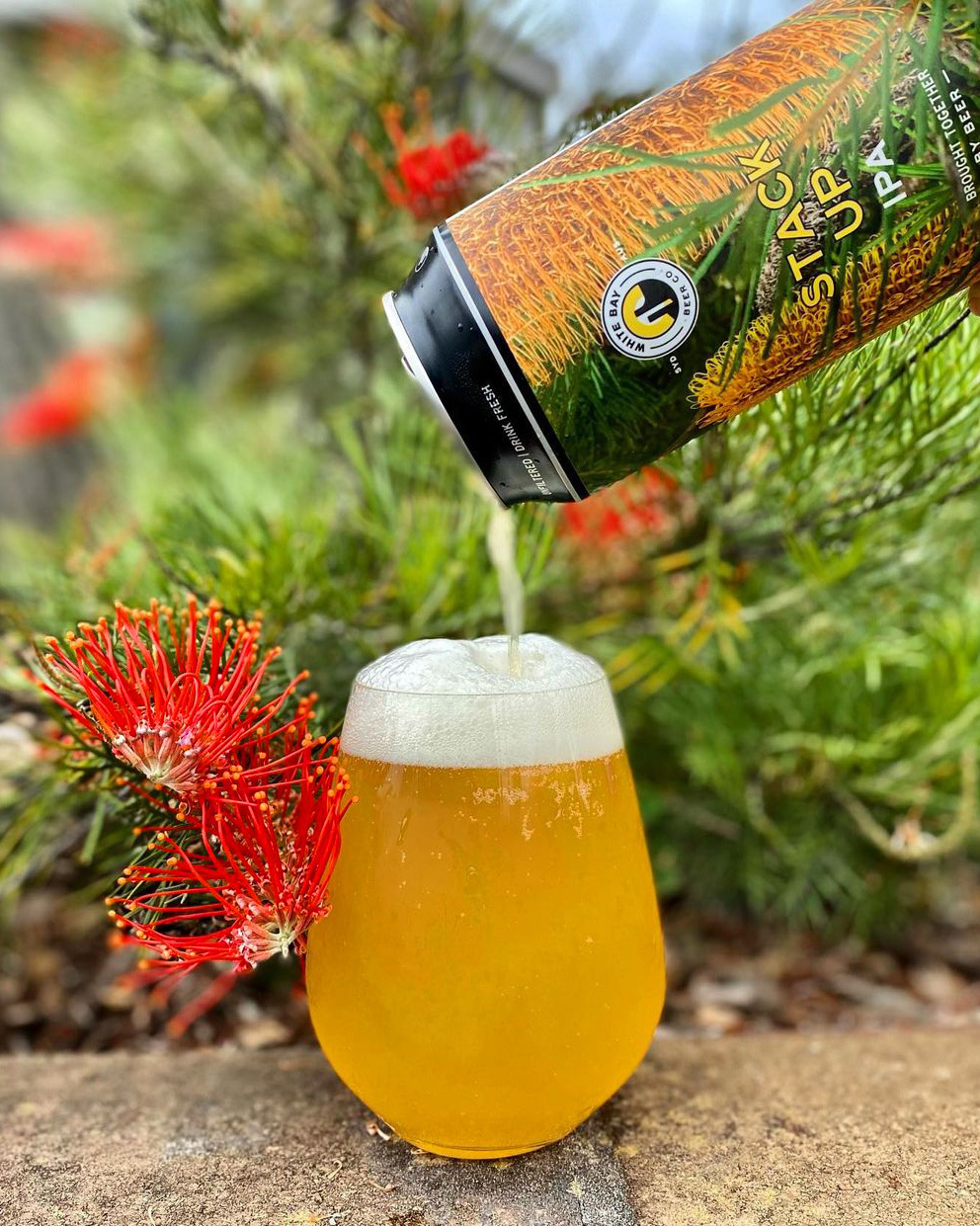 “We want to be a community brewery that’s really stumping for the locals”, says Tim Fishwick of White Bay. While their hospitality offering is still in the works, the small team at White Bay has been busy in the shadows of the White Bay power station crafting authentically working-class refreshments. “Balmain is where the union movement started in Australia. We all live here and we all love beer so we wanted to build something for the community”, he tells us.

The expertise here is strong, with talent from Modus Operandi, Stone & Wood, Balter, and Little Creatures in the crew. They offer lager and pale ale, “simple beers you can’t hide behind”, made in the traditional European way. Watch this space for big moves in the not too distant future. 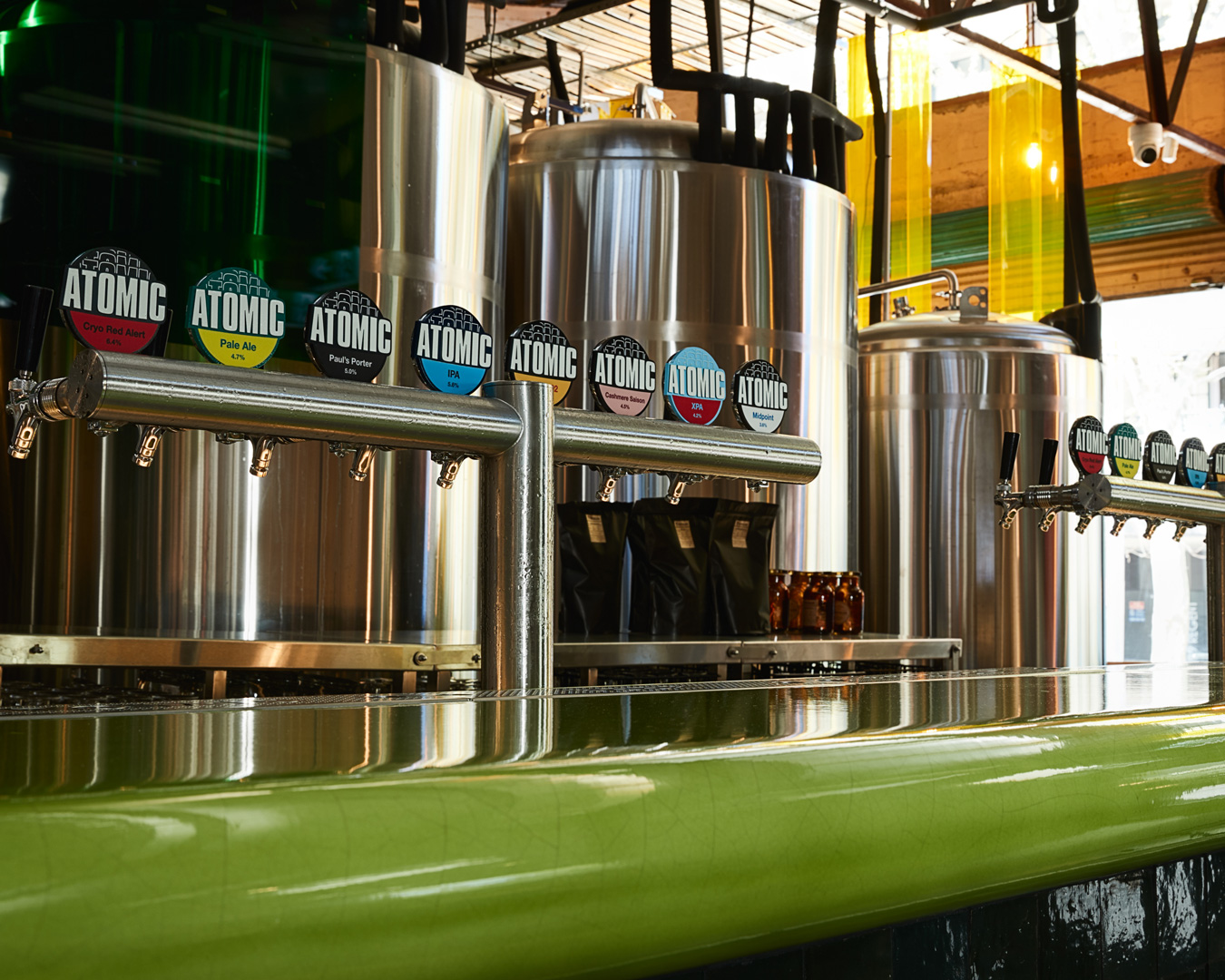 OG WA legends Gage Roads have made a recent foray into the Sydney market with Atomic Beer Project and they are not messing around. Head brewer Nick Ivey has spec’d the brewhouse out with sharp tech to ensure the water used in the beers here matches that of their hometown. They bang out big, hoppy brews in the IPA spectrum as well as unique one-offs only available in-house. The restaurant is kitted out with pan-Asian cuisine, local spirits, and a whole range of wines too.

The Sydney outpost stays true to their roots with the famous Atomic Pale Ale front and centre while keeping things experimental in their draught offerings straight from the barrels. They’ve also set up a co-working space here, which is very welcome in the WFH era and we think they’ll be an excellent addition to Sydney’s thriving beer scene. 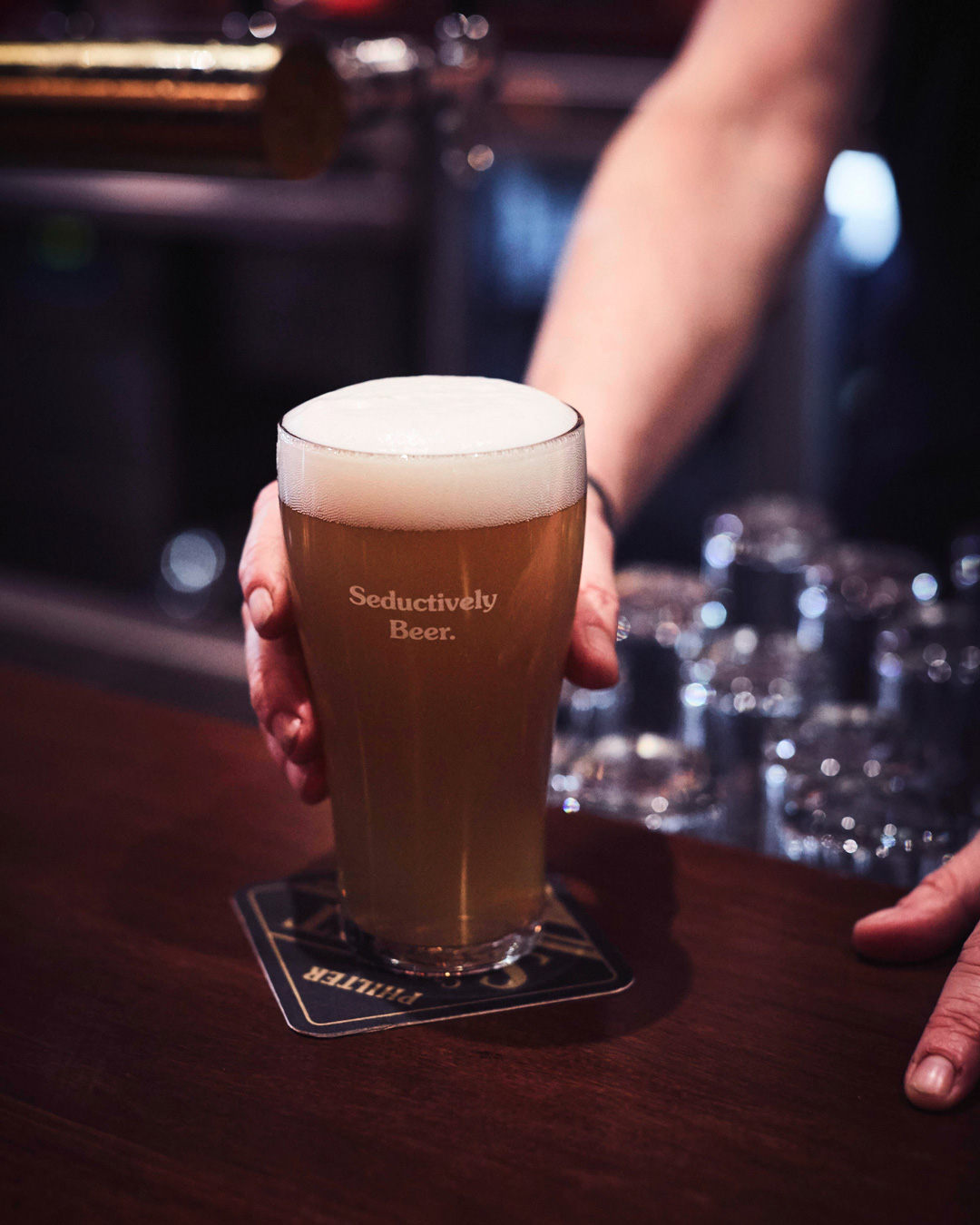 If you know the local craft beer scene, you’ll know Philter. It’s actually quite surprising that they’ve taken this long to open up a taproom but we all know good things come to those who wait. “We always wanted to open a venue but it was just about finding the right place”, says co-founder Mick Neil. COVID is partially to blame, but the team here has exceptional attention to detail and wanted “a taproom with craftsmanship”. All the furniture here has been recycled from other venues so you’ll feel right at home sipping on their sessionable takes on the classics.

“We want people to be able to drink our beers and go ‘wow, that's a double IPA that's flooded full of hops but I can actually have two or three of them, even though it’s 7.7%”. That’s a whole lot of booze for a beer which, as Neil points out, is somewhat dangerous. But when it’s this good, you won’t be able to help yourself. 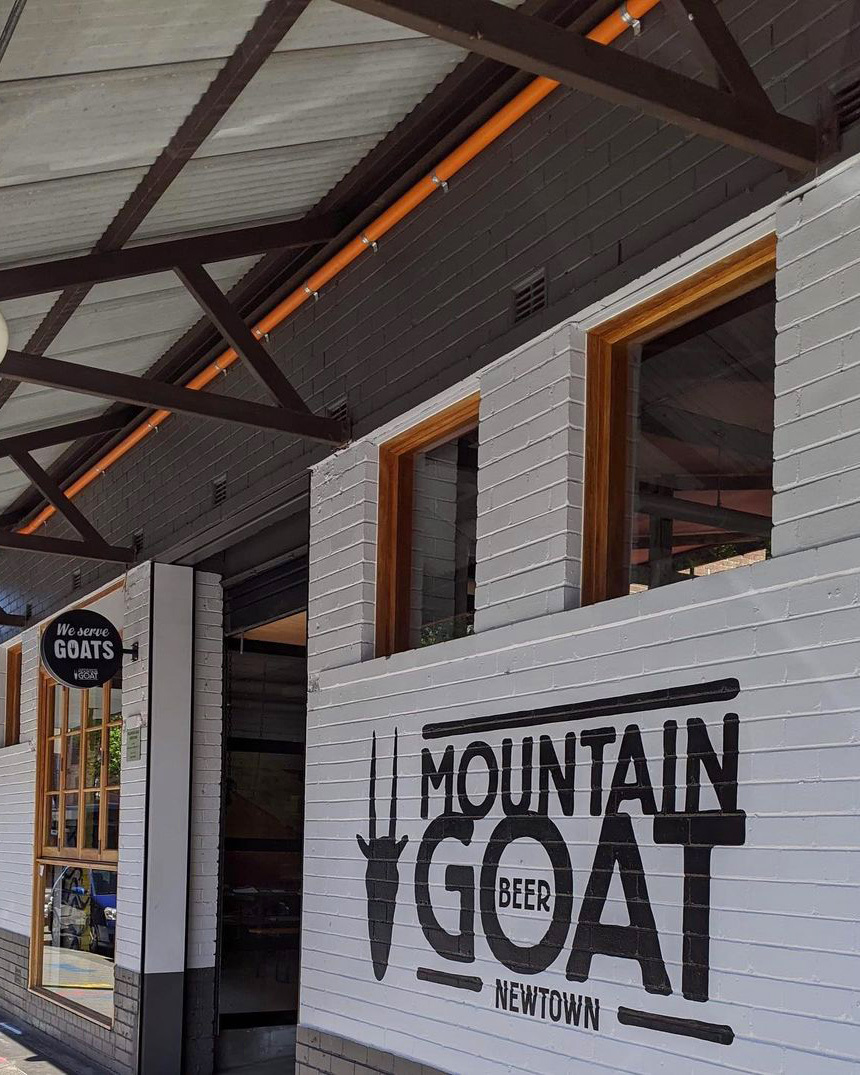 Finally, the Melbournian legends of the craft beer scene have landed in Sydney. The Goats have been in the game for over two decades and know how to do a taproom properly. They’ve occupied a vast open space at the south end of King Street complete with a beer garden and veggie patch and serve their famous brews along with hearty pub grub and a good selection of offerings for the plant-based locals.

While you may only know Mountain Goat from their iconic blue and orange can, they have a world of crisp, hoppy flavours to explore. Make sure to try their new Mandarin Sour Ale, perfect for a hot summers day, or their smooth, extra strength Lager XL and, if you’re in the mood for something a little different, they’ve also concocted a hopped gin which is served up in their custom cocktail list. 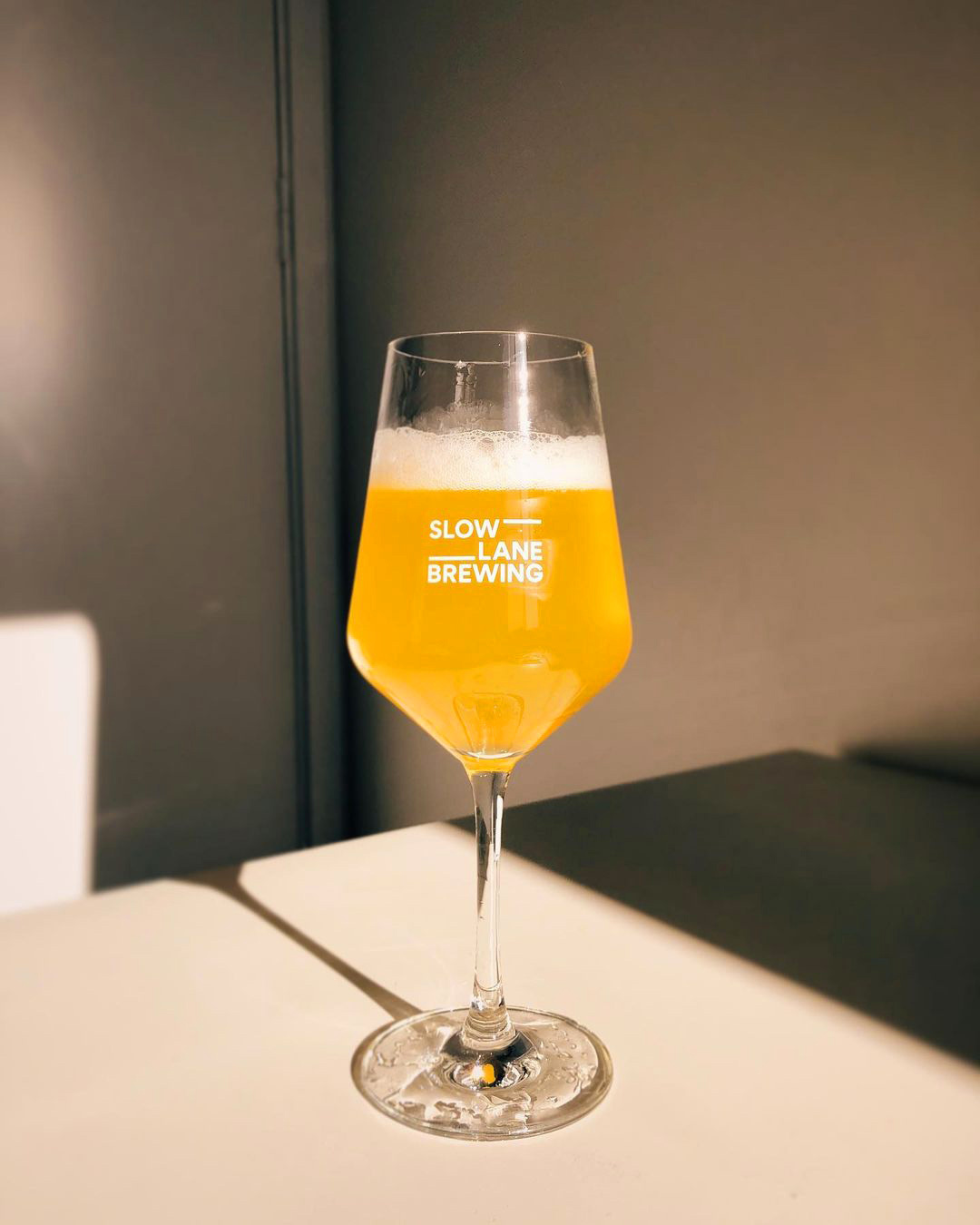 The newest of the new, Slow Lane in Botany, just around the corner from One Drop Brewing Co if you’re thinking of making a day of it, opened their taproom in the first week of Jan. They’ve built a bit of a cult following with their slow-made, European style beers with an Aussie twist. Think barrel-aged sours and natural fermentation processes—and no IPAs.

“It's kind of like champagne”, says co-founder Alex Jarman who started the project with his wife. “Naturally carbonated in the bottle or the can is a much more intelligent way of doing it. It takes a few more weeks but we’re just trying to do things a bit differently." We’ll drink to that.

For more epic Sydney breweries, dive into this list.