As the saying goes, there ain't no thang like a chicken wing. And we would have to agree. Ignoring the fact that this little hooked arm of party-food fame is largely so good because of its chicken skin-to-meat ratio, you really can't pass up wings. Whether they're fried, spice-rubbed, or marinade-glazed, we want wings, and we want them now.

If you've got a hankering for some saucy chicken, here's our pick of the best wings in town.

Fortitude Valley's Lucky Egg is the perfect mix of American cuisine meets Asian street food, which means they have seriously, seriously good chicken. Choose between buffalo or Korean style, or go for the Frank's special sauce with slaw.

For all your deep-fried, all-you-can-eat wing buffet cravings, Chook in Hendra should be the go-to. The signature feed is, of course, their bottomless wings and sides. For $21.90pp, you will score three flavours of all the wings you can handle, as well as bottomless coleslaw, fried rice and crispy shoestring fries. Warning: side effects may include eating yourself into a food coma.

The Smoke's buffalo chicken wings come in six different delectable flavours from honey soy all the way up to the 3rd degree extra hot wings. Served with blue cheese dressing, The Smoke's wings are the ideal starter to a full-on ribs fest. Grab a napkin, because things are going to get sticky.

KaiKai Chicken serves up ALL your favourite incarnations of the winged beast: Korean, American southern, Southeast Asian-style, plus nine (yep, NINE) more delectable flavours. But the best bit? For just $24.90 you can rock up on an empty stomach and eat unlimited amounts of gloriously crispy fried chicken as part of their bottomless buffet. Add to that unlimited sides—we’re talking oozy mac n’ cheese, dirty fries, nachos and even garlic bread—and we’d recommend wearing something comfortable.

While ribs may be their speciality, Fish Lane’s Big Roddy’s Rippin Rib Shack serves up some finger-licking tasty wings. Get your hands on their buffalo wings served with blue cheese dipping sauce. No need to break the bank, Big Roddy’s buffalo wings for only $1 each on Wednesdays. 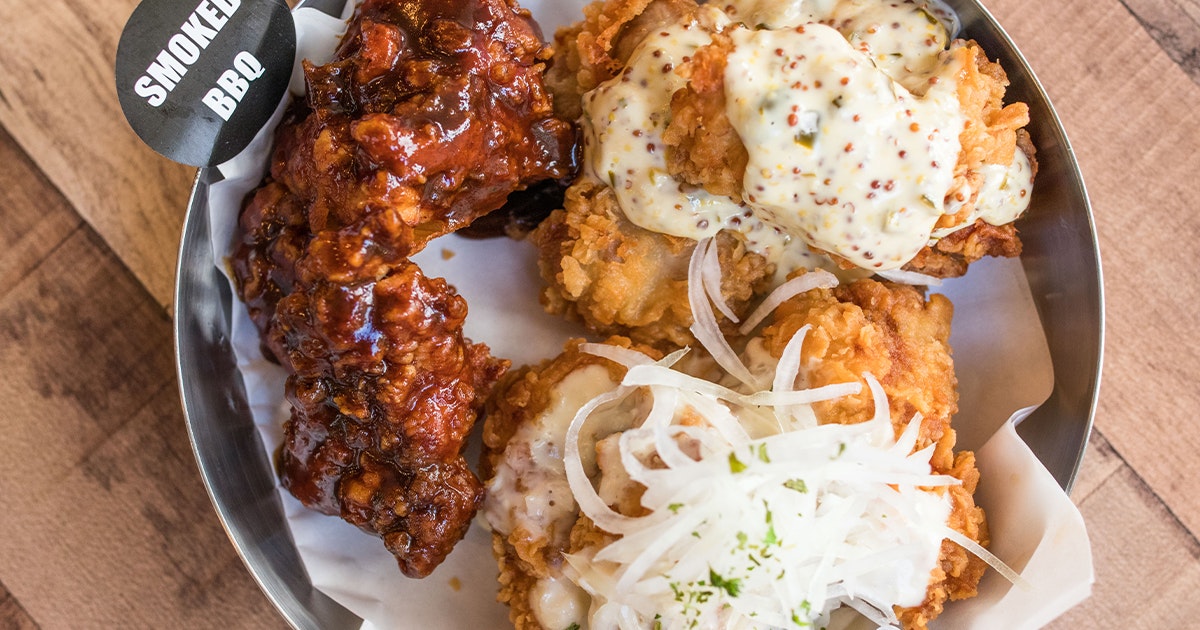 If you’re a lover of wings, you're going to want to check out Naked Wings. Not just because their tender on the inside, crispy on the outside wings are lip-smackingly good, or because you can pair them with an impressive array of sides, but also because they come in no less than 15 flavours. Don’t sweat, you don't have to choose just one flavour—you can get a different flavour for every five wings.

If you like your wings buffalo style, you'll like what Newstead is plating up. A slightly sticky wing served with a subtle blue cheese sauce to the side, these are well deserving of a spot on this Brisbane's best chicken wings list.

Fried and golden, and yes, vaguely reminiscent of The Colonel's best, Tippler's wings are the stuff of legends. Adorned with black sesame seeds, dipped in blue cheese sauce and only $13 for a bucket.

King Of The Wings

One of Brisbane's all time favourite food trucks, King Of The Wings has been churning out some of the finest chicken wings around the city. From traditional buffalo, honey chilli, BBQ and ever-changing special sauces, gorge on all the flavours. We won't judge!

From the same Sydney-based hospitality crew that gave us The Bavarian comes WingHAÜS—an ode to the American cult of all things wings, beer and big-screen TVs. At WingHAÜS, you’ll have access to plates of sauce-heavy American-style wings—think classic buffalo wings and fried wings dished out in servings of 10, 15, 20, 50 and—if you’re feeling just a bit hungry—a stacked plate of 100 wings. 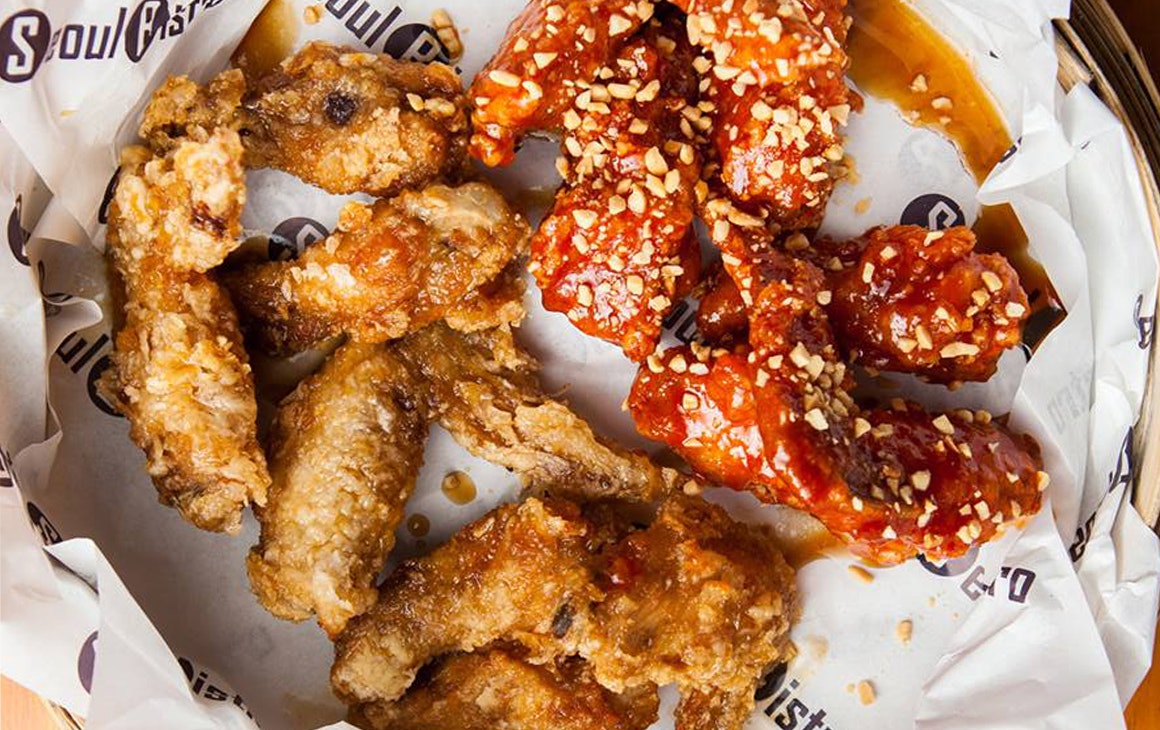 The only thing better than chicken wings is a buffet of chicken wings, and that's exactly what Seoul Bistro in Sunnybank has to offer. With seven different wings on the menu, for just over $20 you can try them all, over and over until you're in a food coma. Seriously, good luck coming out without gaining a few extra kilos.

The wings at Buffalo Bar are seriously good. With flavours such as Maple Mustard and wings literally coated in bacon, cheddar and chive, the only thing left to say is see you there.

Wing Fury in Clayfield really does love wings. So much so that they offer up almost every kind of wing possible: Korean, Vietnamese, honey Sriacha, teriyaki… the list goes on. Plus, most of the wings on offer are gluten free, which is rare for a deep-fried wing.

We like our wings how we like our Australian summer, hot and sticky. That's why Hudson Corner makes the cut, with their wings coated in Frank's hot sauce and served with a blue cheese dipping sauce.

The wings at Bloodhound Bar win points for both their tastiness and their old school atmosphere. Crispy and golden, you can grab a bowl of wings served with a chilli ranch sauce or a spicy hot sauce.