The start of a meal is pretty important, It’s the first thing you eat, it’s what sets the scene. Kicking off the meal at a Melbourne restaurant is an art form. Across town, you’ll find plenty of bread starters, small plates, flavour awakeners or Hors D’œuvre. While tastes may vary, we tracked down a variety of starter plates that have made noise around the grounds—some in fact so favourable they've become the staple dish of the venue.

Before you settle in for the main, check out a selection of the best starters or entree dishes in Melbourne:

The dining institution of Sydney planted its flag on Flinders Lane with a subterranean diner opening up late last year. Since then Nomad has steadily swooned Melburnians with its signature flatbread; the hand-stretched creation from executive chef Jacqui Challinor is woodfired and served with a dusting of house-made Za’atar. It's a statement dish on the table, the blackening of the edges from the oven tearing apart to reveal an incredibly dense yet light bread, tinged with the zest of the Za’atar and olive oil. 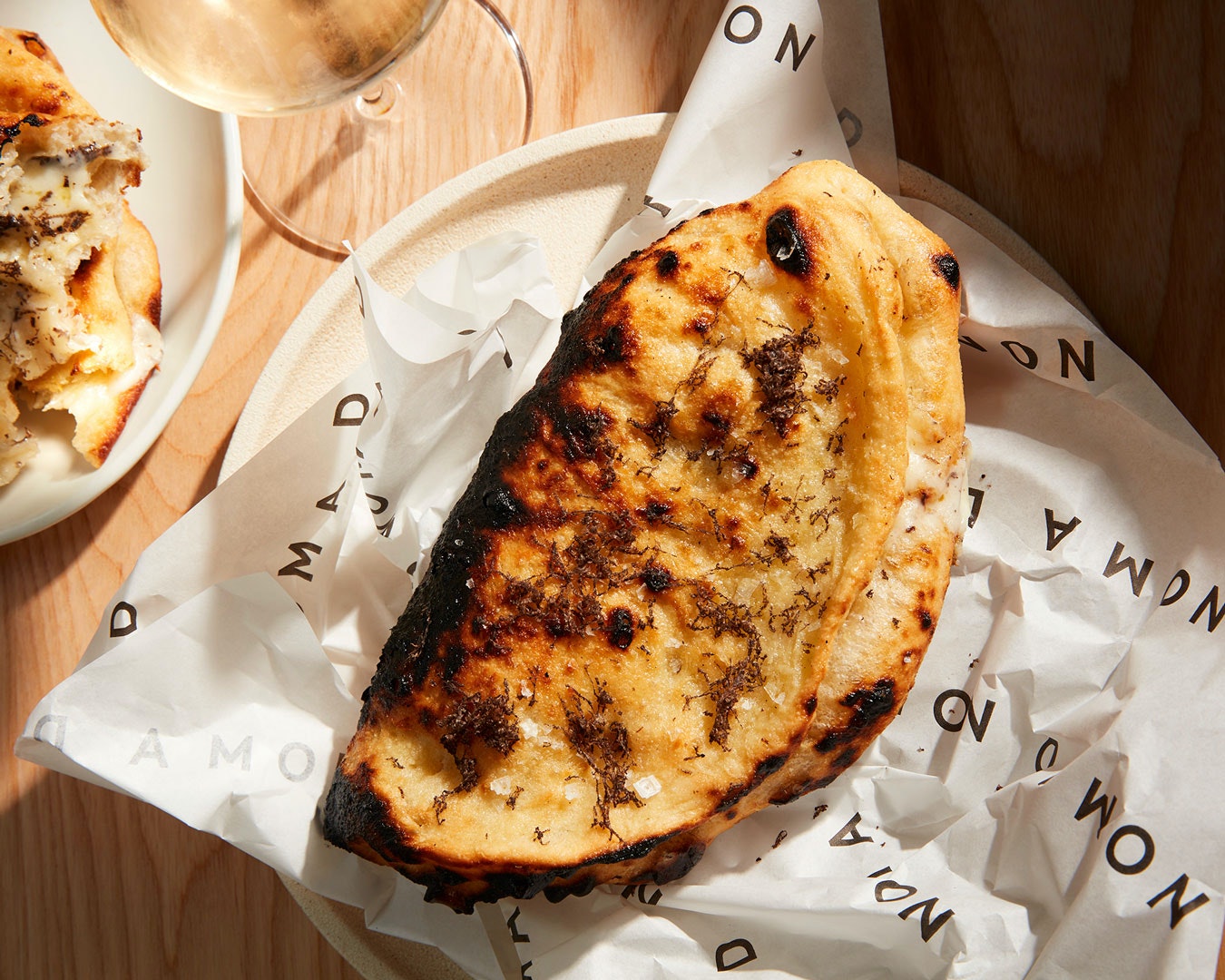 The second outlet from Khanh Nguyen, ARU followed in the footsteps of the trailblazing Sunda and exceeded the immensely high expectations with a range of emboldened and creative dishes. The starter to opt for here is undeniably the Nguyen's Banh Mi-inspired Pâté​ En Croute, an ode to his Vietnamese heritage and a celebration of the flavours of the national speciality. A culinary embodiment of the French occupation in Vietnam the pork terrine is encrusted in a flaky pastry seasoned with chilli and coriander alongside a soy jelly. 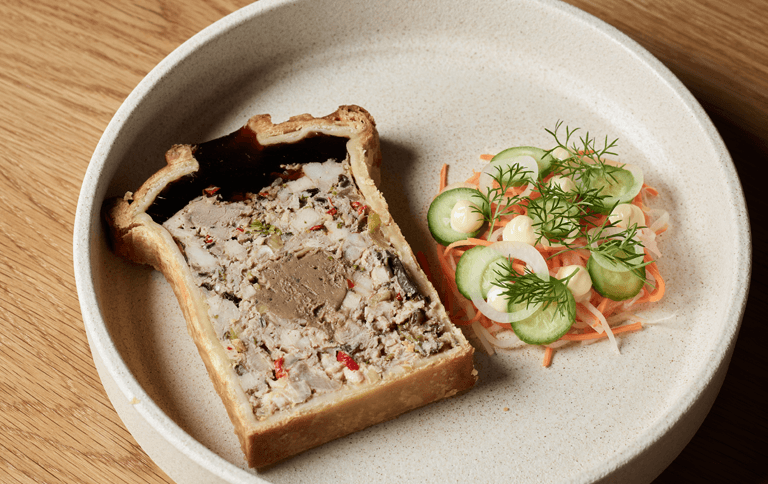 The small wine bar diner on Johnston Street in Fitzroy has been a dining pillar of Melbourne for quite some time. The ever-changing menu at Bar Liberty has seen plenty of smash hits but the pairing of their wholemeal sourdough flatbread with a Kefir cultured cream and an expertly recommended drop from the team is one of the pure joys in life. The starchiness of the wholemeal sourdough is the perfect vehicle for cutting through the overpowering flavour of the Kefir cream and kicks just about every tastebud into gear. 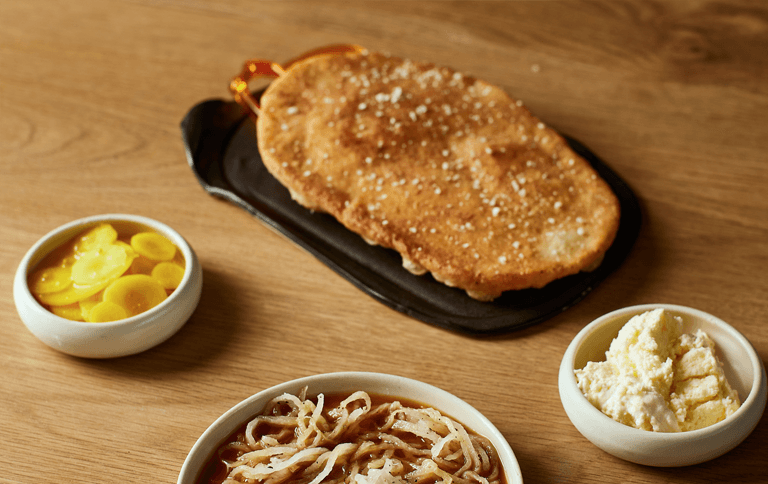 The lobster rolls to end all lobster rolls, Supernormal's New England number is a sight to behold, the Andrew McConnell creation has resided on the menu since the opening of the restaurant. The buttery-sweet grilled brioche, creamy Kewpie mayo and zesty french shallots are undeniably the greatest bedrock for the all-encompassing flavour profile of the lobster tail. It's a classic for a reason and provides the diner with all the necessary flavour hit points for starting a meal.

If you're yet to saunter into Congress, do yourself a favour and lock in a time. The extremely vibey wine bar in Collingwood on the corner of Wellington and Peel street provides the perfect vantage point for knocking back a few wines and watching the world go by. Here starting with the rye and whole wheat sourdough is the go, add generous lashings of the malt butter and you've lined yourself up quite well for the evening. 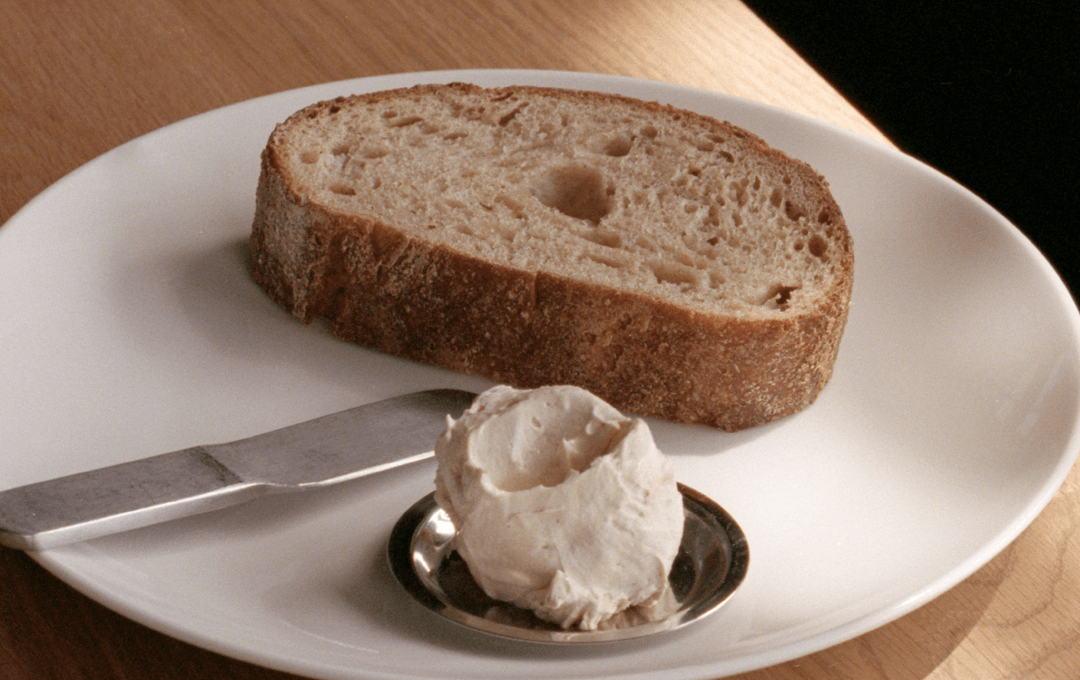 A Street food hero of India, the Pani Puri or Golgappa or Puchka depending on what region you are in is a rich combination of flavours and aromatics encrusted in a delicate fried pastry. The Tonka take on the classic is a fragrant number with spiced potato, mung beans, date and a sweet and salty tamarind chutney resting inside. They're served up with aromatic water which provides a striking contrast of lightness to the multi-flavour entree. While small in stature, Embla's presence in Melbourne's dining scene looms larger than life. The drawcards are all here, intimate setting, banging wine list, knowledgable and unpretentious staff, and of course a menu straight from the mind of chef Dave Verheul. The go-to starter here is the house-made quinoa and rosemary sourdough which is baked daily by the team. The sourdough starter goes back a ways back to 2013 during Dave's tenure at Town Mouse, the result of the refinement through the years is a perfectly dense and fragrant sourdough and the seeded mustard butter it's served with has just about everything to settle you in for what's to come. 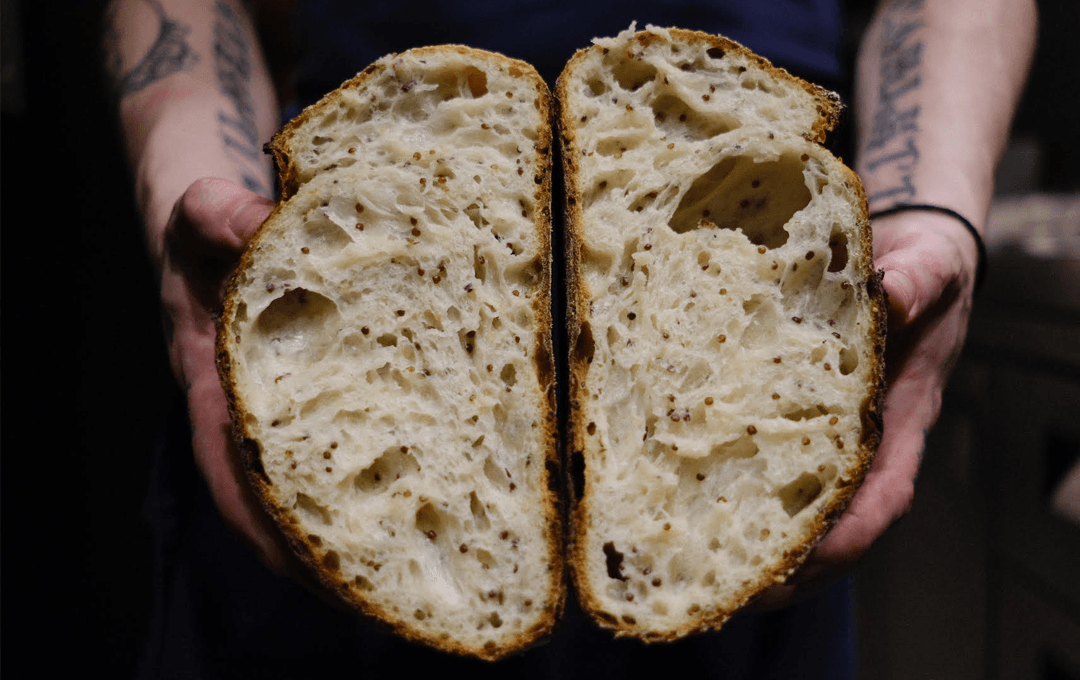