The Best Walks To Take In Inner Melbourne

Getting out and pounding the pavement and mixing up your environments is a bloody good way to refresh the body and the mind. There are plenty of ripper trails and paths across the city that’ll give you some great vistas of Melbourne and show off some of its most pristine stretches and undiscovered spots.

Here are some of the best walks around inner-Melbourne for 2022:

The Northside highway, Merri Creek trail offers a native bush reprieve from the densely populated inner-city suburbs. The long tranquil stretch of pathway extends all the way from Yarra Bend in Collingwood through to Reservoir. Along the trail, you’ll come across several beautiful pockets and landmarks including wetlands, contemplative gardens, Thornbury’s suspension bridge and more. It’s a magical escape from your usual haunts.

Former commuter favourite now adorned with weekend walkers, Gardiners Creek snakes through the south-eastern suburbs. Starting off in Blackburn, the trail leads all the up to Burnley where it connects to the Yarra Trail and city route. Although this trail goes through the burbs, there’s still plenty of delightful pockets of dense foliage and areas where the creek swells—requiring quaint wooden bridges to cross.

One with plenty of legacy, the Maribyrnong river trail is a tour through some of Melbourne’s oldest suburbs. The heritage trail leads through stretches of Yarraville, and Footscray and is like an open-air exhibition with historical landmarks including the original Footscray Community Arts Centre and Rowing Club. Alongside the history tour, there’s plenty of natural plant life to see as well as the river itself serving as a permanent backdrop. 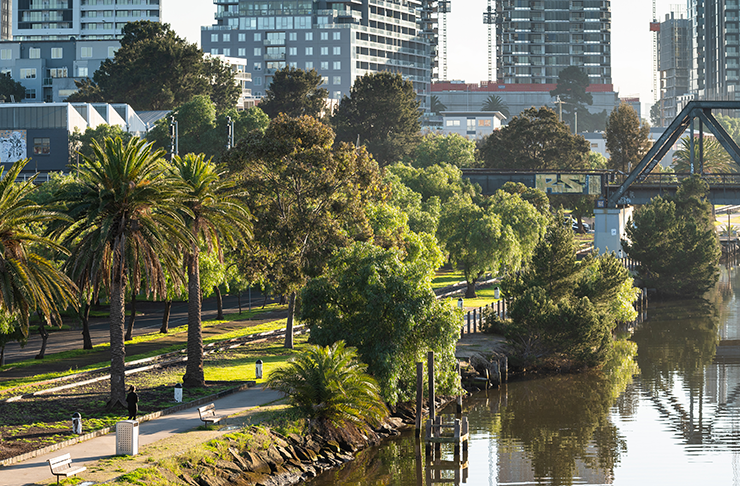 What more do you need to explain about the tan? One of the best walks in Melbourne, and the unofficial runway of activewear and the city's athletic community.  Sporting prowess aside it’s a delightful circumnavigation of the beautiful Royal Botanic Gardens with top-notch views of the city and is positioned right next to the Yarra river. The 3.8km track also has its own timer so you can even clock your walk time.

Making its way from Fairfield through to Collingwood and the borders of Kew, the Yarra Bend walk is the closest thing to you a bushwalk you’ll find in Melbourne. Connecting through the lush tree-filled oasis of both Yarra Bend and Studley Park this expansive native area seems completely untouched, yet is only a couple of km's from the CBD. Walk alongside the snaking Yarra River taking in the sites—including the local fruit bat community, that reside in the trees.

Typically teeming with off-road mountain bikes and doggos of all shapes and sizes— Scotchmans Creek is an absolute haven of a walking track. The entire pathway extends for 13km all the way from East Malvern to Jells Park offering a bountiful green paradise at the end of the track. There’s also stretches of open plains, underground tunnels, and plenty of creek off-shoots to explore.

Hop onto the trail within your radius and get some sea air into your lungs. The main bay trail extends all the way from Brighton down to Port Melbourne—a 12km oceanside stroll with plenty of different pockets and beach foreshores to explore. The pathway extends from Brighton up through Elwood, St Kilda, and into Port Melbourne. This is probably inner-Melbourne’s most iconic stretch of beach and is typically bustling at all hours of the day. 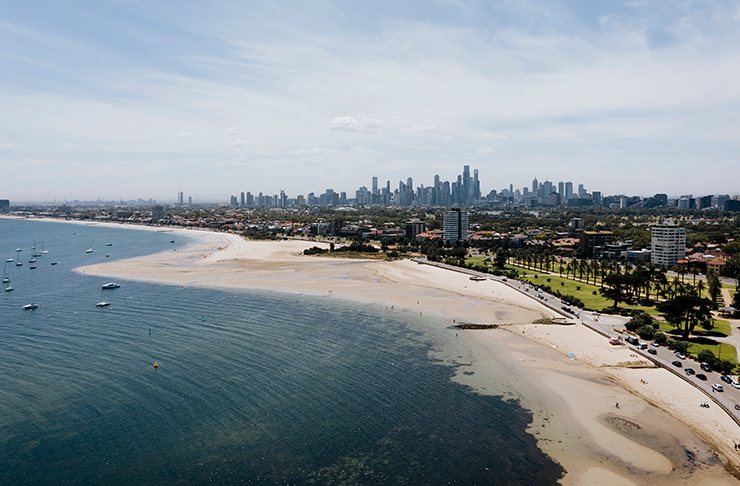 Check out some of the best walks further out of town over here.