Old Palm Liquor might be relatively new on the scene, but once you step inside you’ll be well convinced that it’s been there for what seems like a lifetime.

Brought to us by Marc Banytis, Simon Denman and Almay Jordaan, Old Palm Liquor is located in a relaxed former-warehouse where you’ll come for a glass of wine, stay for a bar snack and eventually never leave. 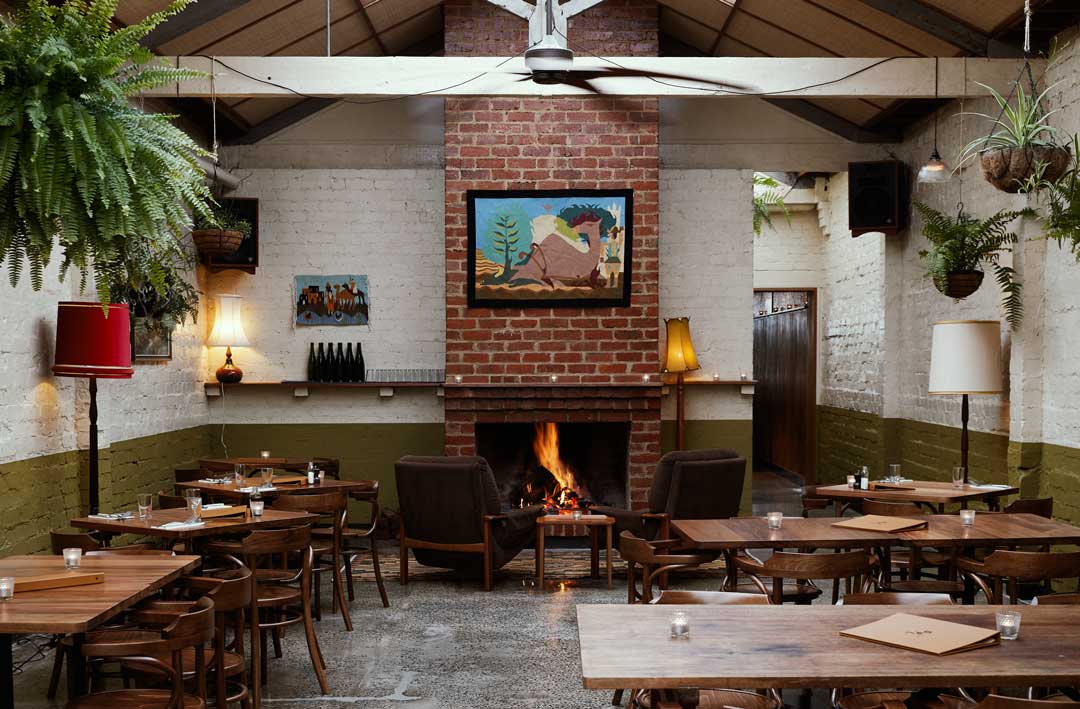 Having taken a few years to build, Marc Banytis says, “The converted warehouse space was once a house, as well as a jewellery and art shop and workshop out the back. We stripped it all out and almost rebuilt it from the inside out. That gave us a pretty good opportunity to do a bunch of stuff design-wise—so we did everything that we wanted. Everything is brand spanking new but looks like its kind of out of an early 80s, late 70s living room, a bit of a rumpus room vibe.”

With the same crew also being behind Neighbourhood Wine, there are a few similarities that the team kept between the two venues.

Banytis says, “The wine list is a very similar ethos to Neighbourhood Wine, there are some normal wines on the menu but they have to be exceptional or a little bit hard to get. There shouldn’t be anything on there that you could get easily, it’s meant to be quite different and boundary-pushing wine. That being said, there’s something for everyone here, as well as at a price point.” 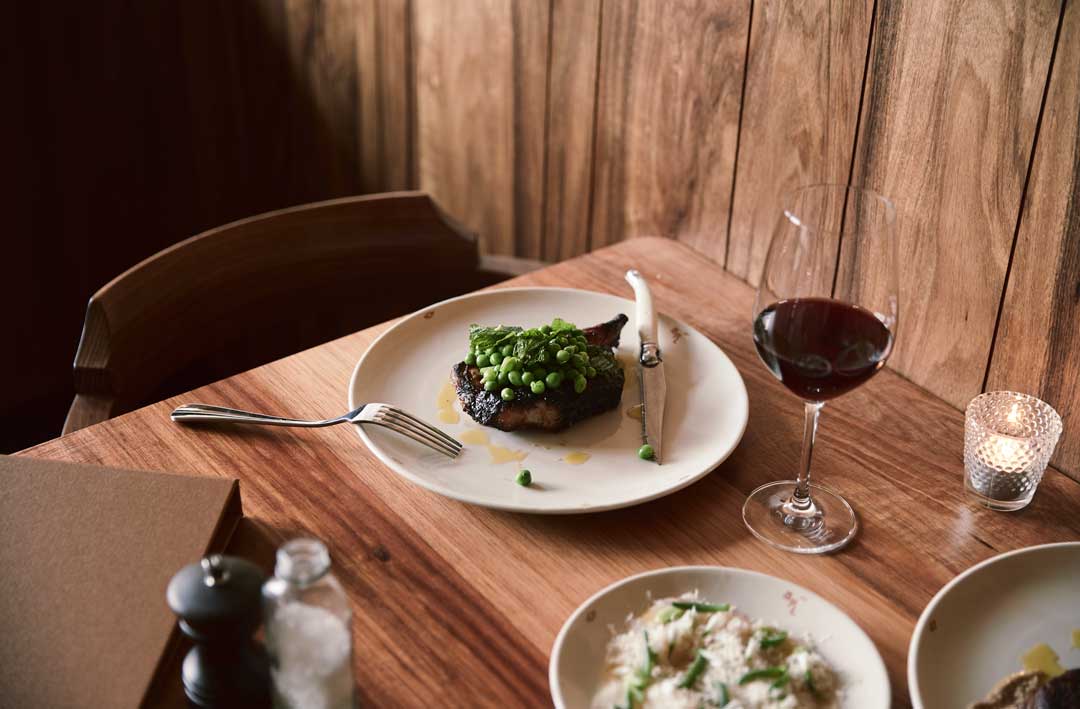 “There are 12 beers on tap so that everyone’s kind of satisfied that way. It’s a pretty broad spectrum, ranging from sours to stouts, to Guinness, all year round. There’s wine on tap as well, so we can keep the price down on that.”

When it comes to the food, the menu includes snacks, small and larger plates, sides, dessert and last but not least, cheese. And the menu is anything but your average, with it predominantly revolving around their grill.

“The menu revolves around the grill. We had it custom-built from a guy up in the Blue Mountains. That was an interesting day moving that in ‘cause it weighs about 500 kilos.” 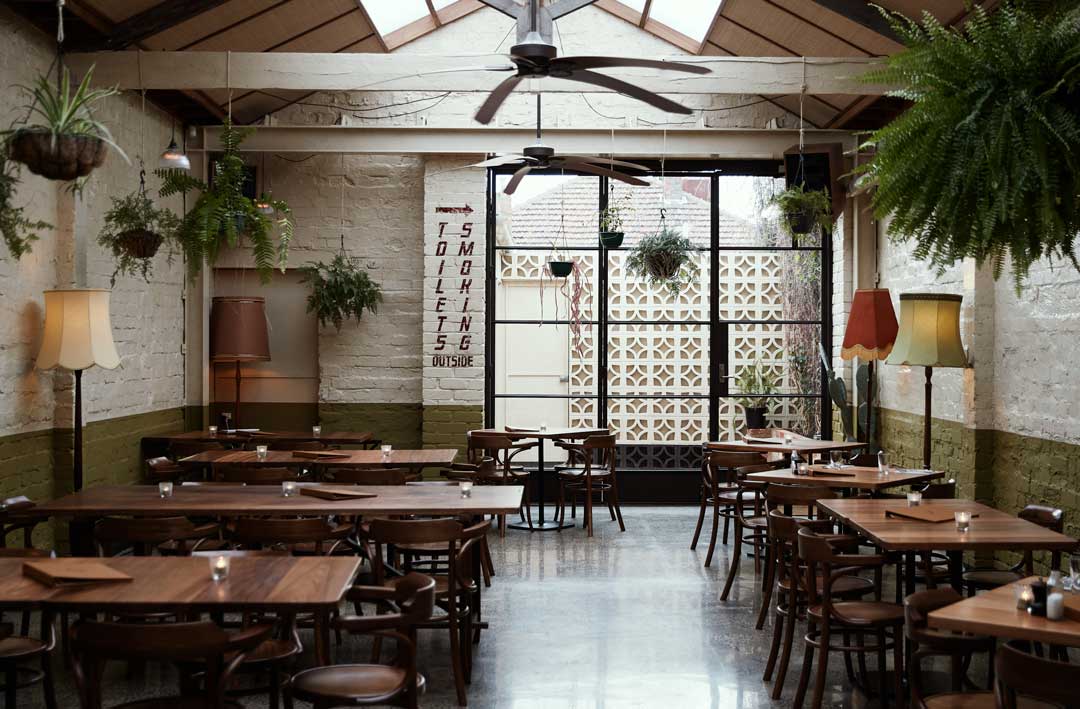 But most excitingly, Banytis says that everything that touches the grill comes alive, both the protein and veggie dishes. “Head chef Almay is from South Africa and she grew up cooking on a braii since she was knee-high. At their family home, they cook on fire every day, so she’s got a bit of a gift for it.”

At Old Palm Liquor, change is one of their constants, with the menu changing almost daily with a huge seasonal focus.

“The whole menu doesn’t change every day, but we’ll adapt one piece of the menu like one for lunch, one for dinner, so by the time you come back, it might be totally different. Keeping it fresh all the time.” 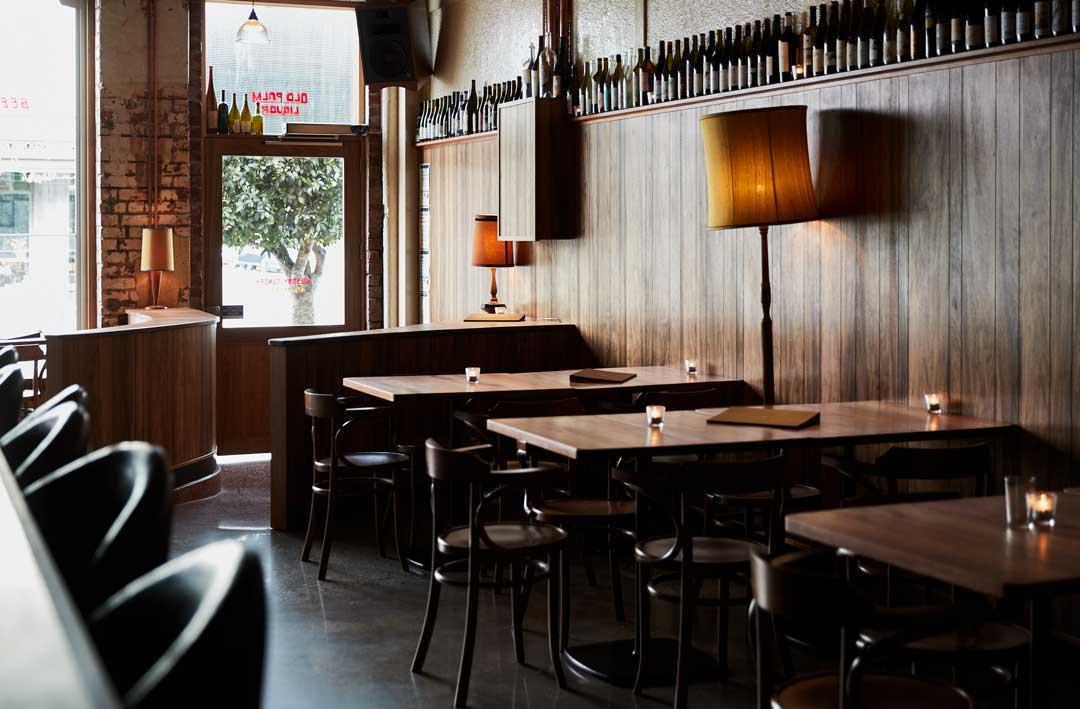 And aside from the changes, you’ll, of course, find those menu regulars.

“The dry-aged Berkshire pork chop (which is brined for 14 hours in cider) with kraut and plum will always be on the menu, And we’ll always have the steak on which is a cape grim scotch fillet with horseradish and mustard leaf. But other than that, everything changes.”

In terms of a menu favourite, the fried shallot with cashew sour cream and pickled jalapeno has been a crowd favourite. It’s gluten-free and vegan—basically, it ticks all the boxes and comes highly recommended.

Looking ahead, the team are looking at expanding. Banytis says, “We’ve got the site next door so we want to expand over and have a bit more of a beer garden vibe going on there. That’s a bit down the track.”

What: Old Palm Liquor
Where: 133B Lygon Street, Brunswick East

Keep up to date with the latest openings around Melbourne on our New Eats page.