Auckland’s Best Basque Cheesecakes For You To Hunt Down

It's official: Basque cheesecake is definitely having a moment here in Auckland. If you haven't been introduced to this insanely delicious dessert just yet, we'll overlook the part where we're wondering why the hell not and get you acquainted.

This tasty treasure—also known as 'tarta de queso'—comes to us courtesy of Spain, where it was first cooked up in the beautiful Basque region, near the border of France. Along with incredibly good food, wine and beaches, this is one of the area's most sought-after attractions, with people apparently flying in, just to get their hands on a slice (no judgement—if money were no object, we'd probably do the same).

You might be surprised to learn then that Basque cheesecake is actually quite a simple dish, typically combining just a few core ingredients: butter, heavy cream, cream cheese, eggs, sugar, and vanilla. The secret to its addictiveness is in the method, which involves baking everything together at a super high temperature to create a dessert that's cracked, golden-brown and practically 'burnt' on the outside, yet lush and creamy on the inside. Basically, it's simple and complex all at the same time and unlike any cheesecake you've ever tasted.

Now while this deliciousness may be commonplace in Basque Country, it's admittedly not as easy to find here in Auckland. However that's where we come in, doing the hard yards for you and finding all the best spots for you to dig into this mouthwatering Meditteranean treat, no plane ticket required.

So without further ado, here's where to find Auckland's best Basque cheesecakes. You can thank us later.

K' Road newbie, Candela is hitting all the right notes when it comes to Spanish/Latin American cuisine, and this is especially true of their decadent Basque cheesecake. This bronze beauty may be at the end of their menu but in our opinion, it should be the star and takes a classic, creamy base and bakes its socks right off (assuming that cheesecakes wear socks, of course), then pairs it with the rather exotic addition of tamarillos. Again, this one gets extra brownie points for being served in a restaurant that wouldn't be amiss in Basque Country itself, so do yourself a favour and take a trip to this inner-city spot, stat. 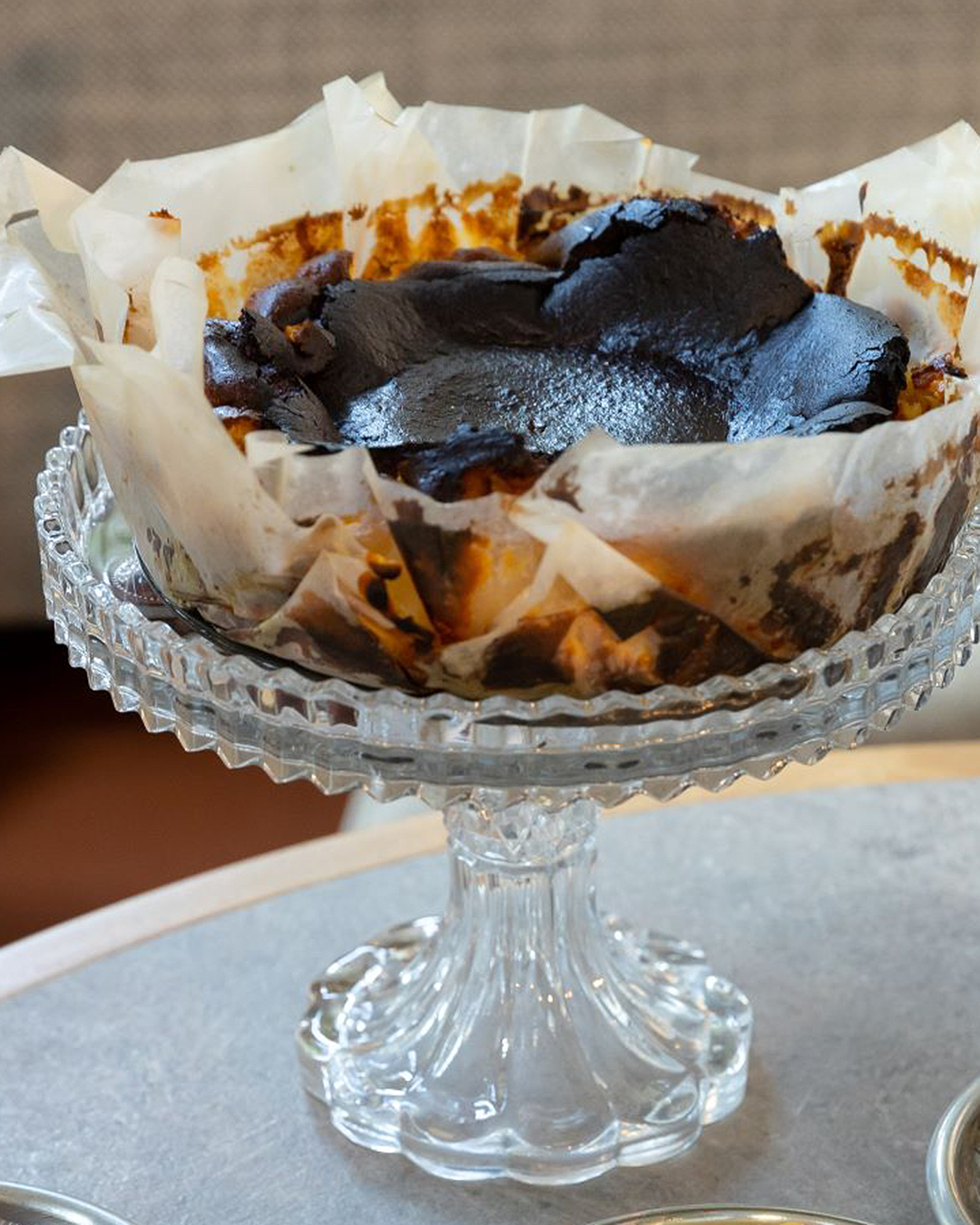 While you may be tempted to fill up on Esther's savoury treats (and rightfully so), you'd be a fool not to leave space for a slice of their droolworthy Burnt Basque cheesecake. Masterminded by top chef Sean Connolly (ex The Grill and Gusto at the Grand), this version is absolutely bang-on and is where our love affair with the golden treat first began. Torched to perfection, but wonderfully silky on the inside and topped with a smattering of lightly-cooked strawberries—this dessert really is something else (and that something is life-changing). We also love the fact that they're not shy on portion size here and that we get to enjoy our dessert in beautiful, Meditteranean-style surrounds—further cementing Esther's spot as home to one of Auckland's best Basque cheesecakes.

There's only one reason you should change-up your dessert order at Jervois Steak House (because if you didn't know, we're BIG fans of their choccy fondant)—and their beautiful Basque cheesecake is it. Like everything here, it's a piece of legit culinary gold and definitely makes a nice change to our usual, cocoa-laced treat of choice. Packed full of rich, cheesy flavours then finished off with a thyme crumb, seasonal berries and a scoop of refreshing strawberry sorbet, it's a journey your tastebuds will be forever thankful for. 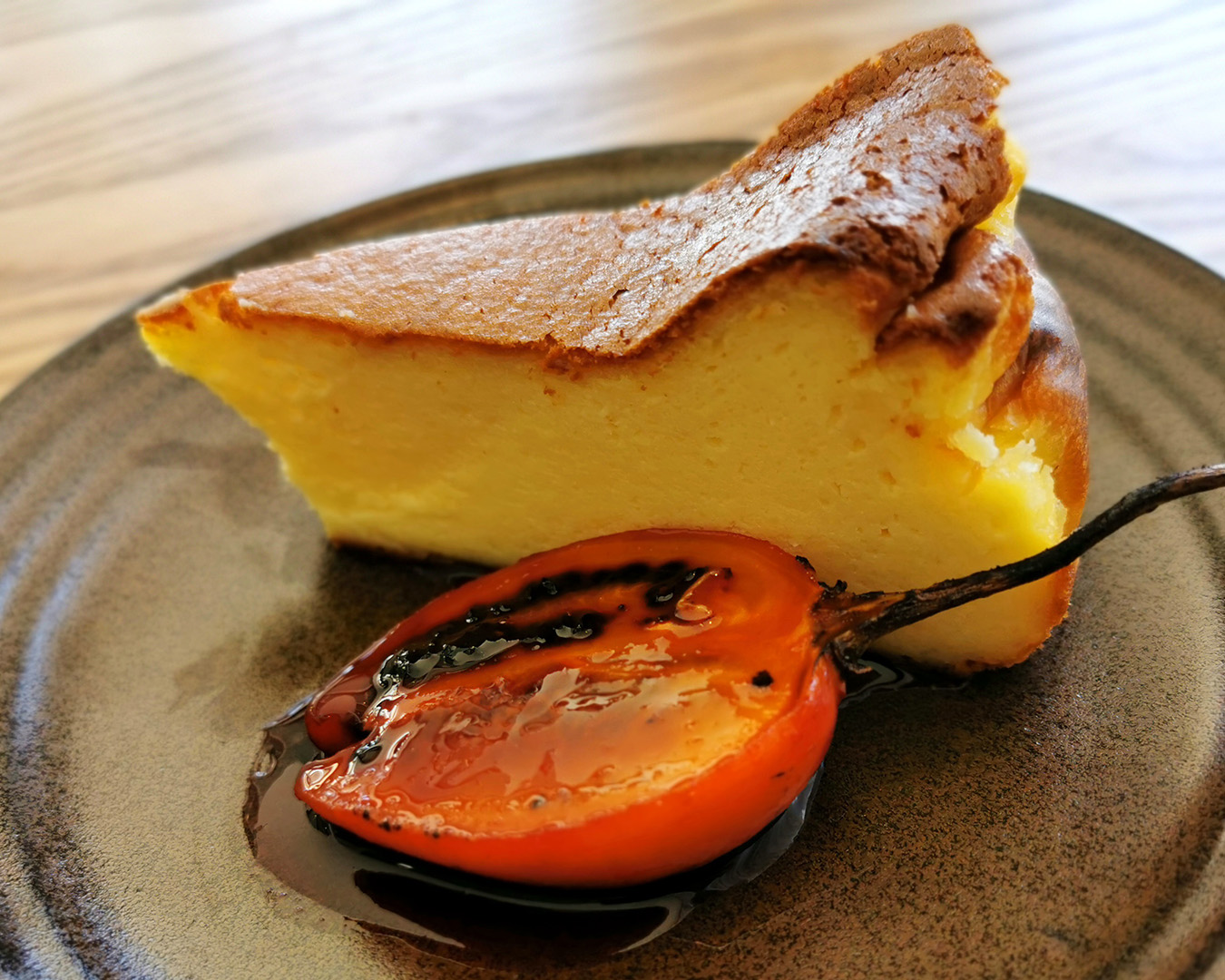 If you wanna know where to find one of Auckland's best Basque cheesecakes, look no further than Homeland—Peter Gordon's fab new waterfront eatery in Westhaven. Pastry chef, Petra Galler has crafted a particularly moreish version using a healthy whack of Heilala vanilla paste (the crème of the crop in vanilla speak) and a big ol' pinch of sea salt, all dressed up with brown sugar, cream and roasted tamarillo. Drooling yet?

Now, check out where to find the best regular cheesecakes in Auckland.