Auckland foodies, hold onto your hats because there was plenty of news happened this week—from an Auckland institution changing hands, to the launch of another vegan and dairy free ice cream to the dessert dumplings of your dreams, it was going on!

Here’s our round-up of Auckland foodie news you need to know. 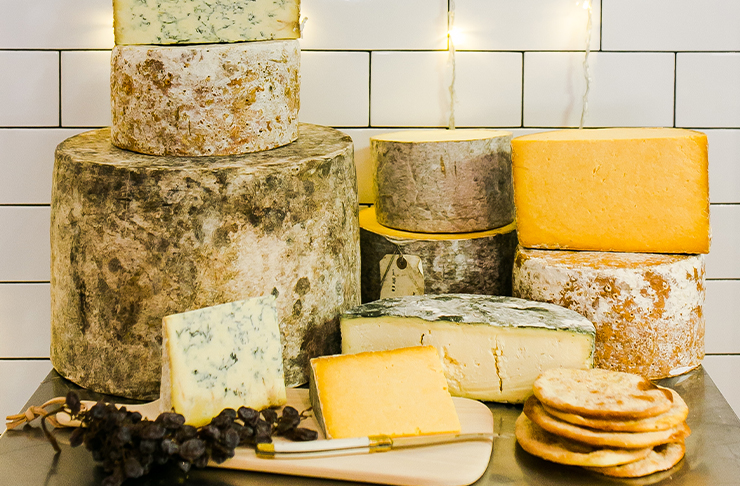 Happy birthday to the legendary Sabato, who blows out 25 candles this month! Brought to us by Phil and Jacqui Dixon, it brings the best of treats from France, Spain, Italy and, of course, New Zealand. Initially they were breaking new ground in New Zealand and to this day have a loyal and passionate customer base (us included!) If you haven’t been, trust us when we say, you're missing out!

The French Cafe Sold To Sid and Chand Sahrawat

The French Cafe is a multi award-winning restaurant that has defined Auckland’s foodie scene for more than two decades. With an unassuming exterior, this Symonds St gem has been a delicious and decadent venue for those really special occasions. And, this week, owners and restaurateurs, Creghan Molloy-Wright and Simon Wright announced that they will step aside and the Sahrawats (of Cassia and Sidart fame) will take over. Watch this space.

It seems the Sahrawats had allll the news this week! Well known for its experimental degustation menu, Sidart will soon transform into a formal Indian cuisine offering. The menu will still showcase the best of New Zealand’s produce, but in a contemporary Indian format that will be a more elevated and precise execution of the cuisine offered at popular sister restaurant, Cassia.

“Chand and I are constantly developing our restaurants and this latest evolution of Sidart is in response to feedback from customers who love what we do over at Cassia, but want to experience modern Indian cuisine in a more refined and elegant setting,” Sid says.

La Fourchette Opens In the CBD

Is it France or is it New Zealand? It’s anyone’s guess when it comes to St Heliers’ La Fourchette! And now inner-city bumble bees don’t need to worry about about distance being a barrier to this deliciousness, because La Petite Fourchette has opened right in the CBD! Situated in Wynyard Central, enjoy the golden, buttery goodness in between the stresses and strains of work.

Auckland’s love affair with Ben & Jerry’s looks set to continue, with their release of a new vegan and dairy free range. Get those stretchy pants at the ready because you’re gonna want to try them asap. The first is PB & Cookies: a vanilla non-dairy dessert with chocolate sandwich cookies with crunchy peanut butter swirls. Can we get a yes please?

The second flavour is caramel almond brittle...which has salted caramel swirls. Get in my belly!

We were very excited with The Chamberlain took over the TSG premises and, since then, it’s been serving up delicious eats and groovy beats. And this week, they’ve announced that they’re taking things up a notch with a the ultimate winter pub lunch. Is there anything better? Full of warm and hearty dishes, there’s a brand new offering of beef, chicken, pork or vegetable skewers. There’s also now lamb chops, pork ribs, a roast vege sandwich and a chicken burger. We know where we’ll be this weekend! 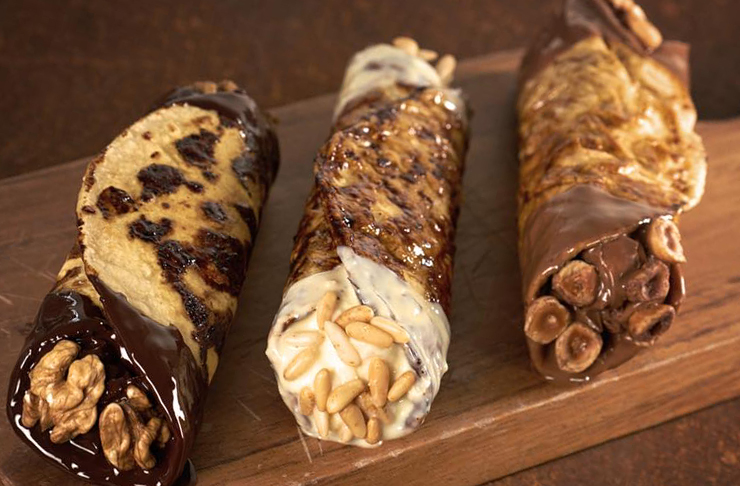 Giapo’s creativity knows no bounds and now it has said kia ora to New Zealand winter in style with the launch of the roti ice cream wrap. Nothing quite beats the delightful texture of cold meets warm, and with this new item, you’ll get it in ten-fold!  Customers can opt for their preferred flavour of ice cream, then the kitchen prepares the roti to order by caramelising it on both sides in a pan with a little sugar. The cold ice cream hits the warm roti and the whole thing is rolled up, adorned with toasted New Zealand nuts and served. Get there. Stat.

Speaking of roasts—it is coming up winter after all—Hansell’s has launched a new product, the Chef’s Kitchen Roasting Blend. Whether you’re roasting vegetables, looking for a way to take your steak next level or finishing soups or stews, this is what you need in your life. A popular trend overseas, this is the first of its kind in New Zealand. Made with premium beef marrow oil derived from grass-fed beef and then blended with rice bran oil, it gives cooking fat with an authentic delicious flavour. 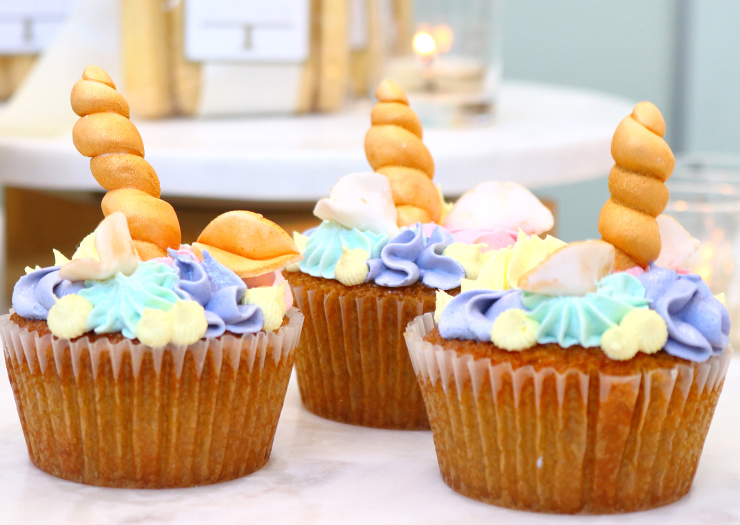 Amy’s Secret Kitchen Opens A Pop-up In Ponsonby Central (And It’s For Your Dog, Too)

Bring your pooch along to Ponsonby Central before the third of June and you'll find the most epic delights for your pooch. We're talking sweet treats from none other than one of the best cakeries in town, Amy’s Secret Kitchen! Yes, there's a cupcake pop up in Ponsonby and your pooch is invited too! 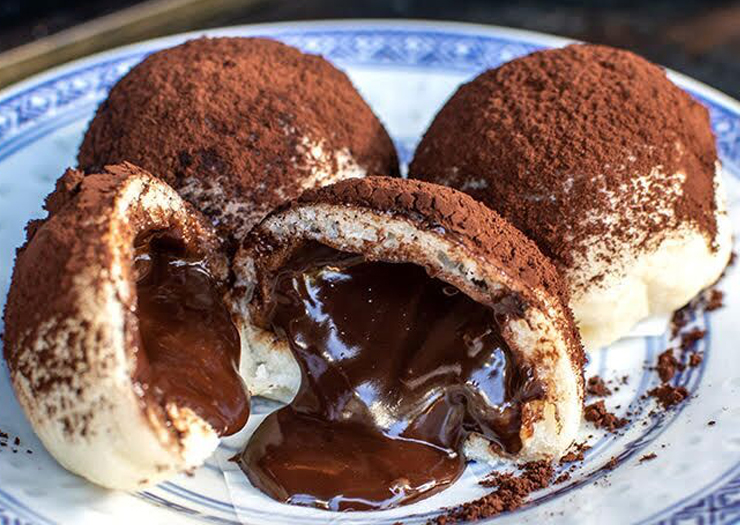 And as if Xuxu wasn’t amazing enough already, the busy bees behind the scenes have created a new menu. And, you better be saving room for dessert, because Xuxu figured out a way to turn the classic Chinese steamed bun into a dessert! Imagine the sweet, chewy goodness of a steamed bun paired with a centre of molten chocolate, oozing out at every bite… 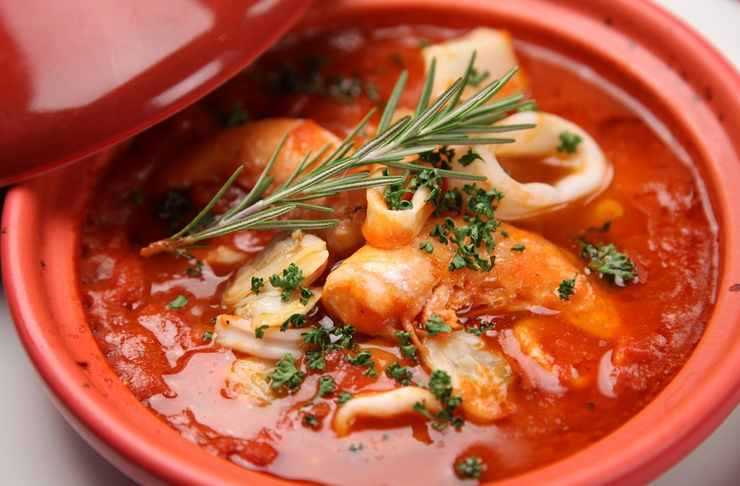 There’s nothing that gets you feeling all cosy and fuzzy as much as a good ol’ bowl of hearty, soul warming soup. People tend to think that soup is a dish that’s just limited to the winter season but we disagree. When in need of a light meal—soup. When you start to get the sniffles—soup. When you’re going through a heartbreak—soup! It’s a dish that’s good for the mind and body and when done right, it’s a bowl of absolute yums. Here’s a list of where to find Auckland’s best soups!