Nothing has us feeling more festive than a completely over-the-top display of Christmas lights—yes, this is definitely a case of the more the merrier! Lucky for us Aucklanders, a decent dose of holiday twinkle is never far away.

Grab your nearest and dearest—and a cup of something festive to-go—and check out our pick of Auckland's best Christmas lights for 2022. 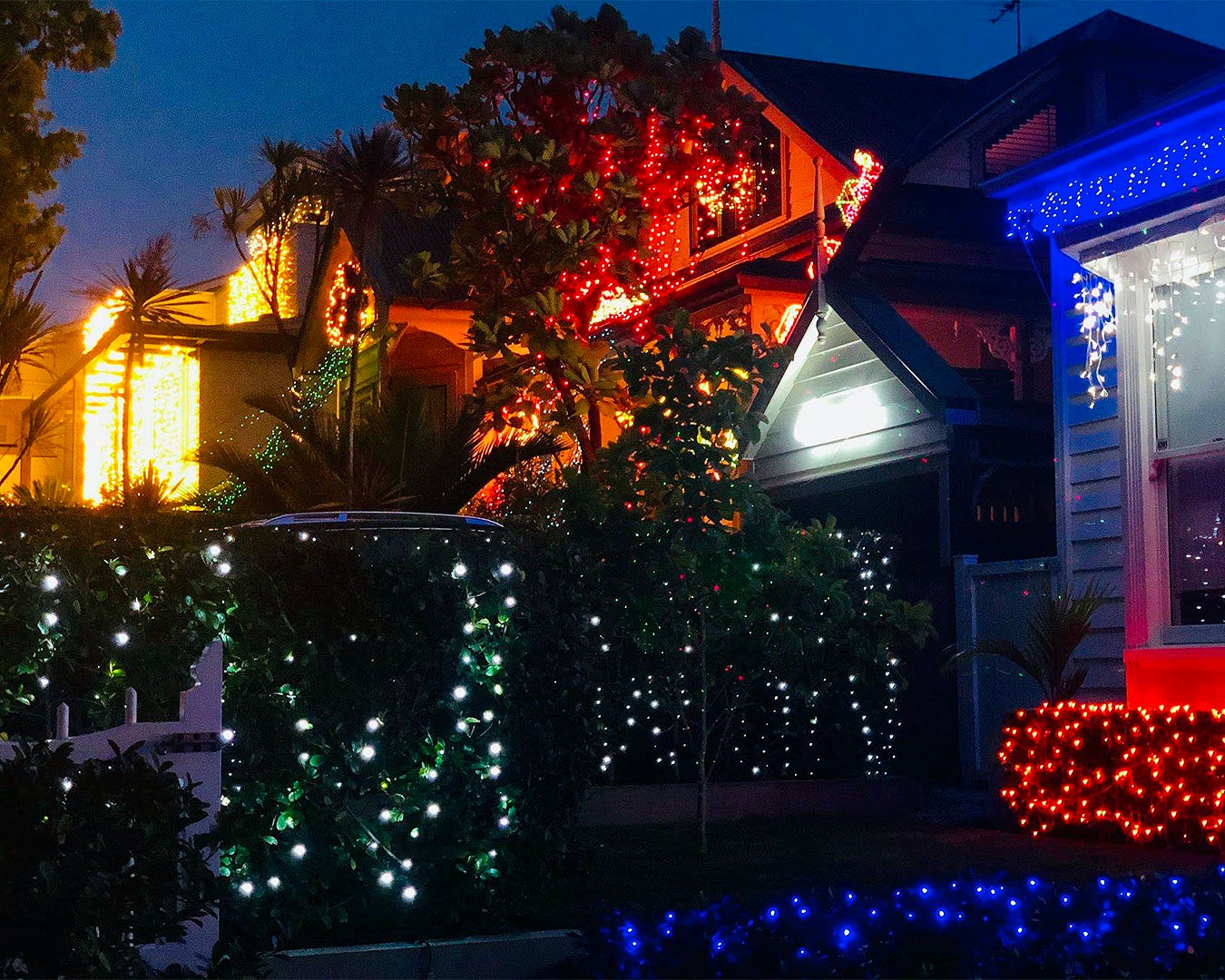 It wouldn't be right to feature a story on Christmas lights without mentioning Franklin Road, which after a two-year hiatus (honestly, it feels more like 10!) is back in all its festive glory, hallelujah! What for 11 months of the year looks like any other street in Ponsonby (beautiful, yes, but not particularly festive), is transformed into a truly outstanding display of holiday cheer on December 1. Considered by many to be Auckland's best Christmas light display, you'll be hard-pressed to find a house that doesn't join in the celebrations; which spill onto the surrounding streets and even include local businesses (who else remembers the orthodontist's giant Santa, complete with light-up braces?). Make the pilgrimage on foot and you'll also be rewarded with gardens covered in baubles, carollers singing from front doors and even the odd bit of (fake) snow.

The below were the top spots to visit last year so stay tuned for where to see the best Christmas lights in Auckland this time around.

Vector Lights For The Festive Season

For the city's biggest display of Christmas lights this year, just look to one of its greatest landmarks. That's right people, the Auckland Harbour Bridge will be getting its glow on between Monday 13 and Friday 24 December via a 12-days-of-Christmas inspired sustainable light show (complete with accompanying soundtrack!), thanks to the legends at Vector. And the best bit? You can watch this one practically all night long, with the show repeating every 30 minutes between 9pm and midnight. 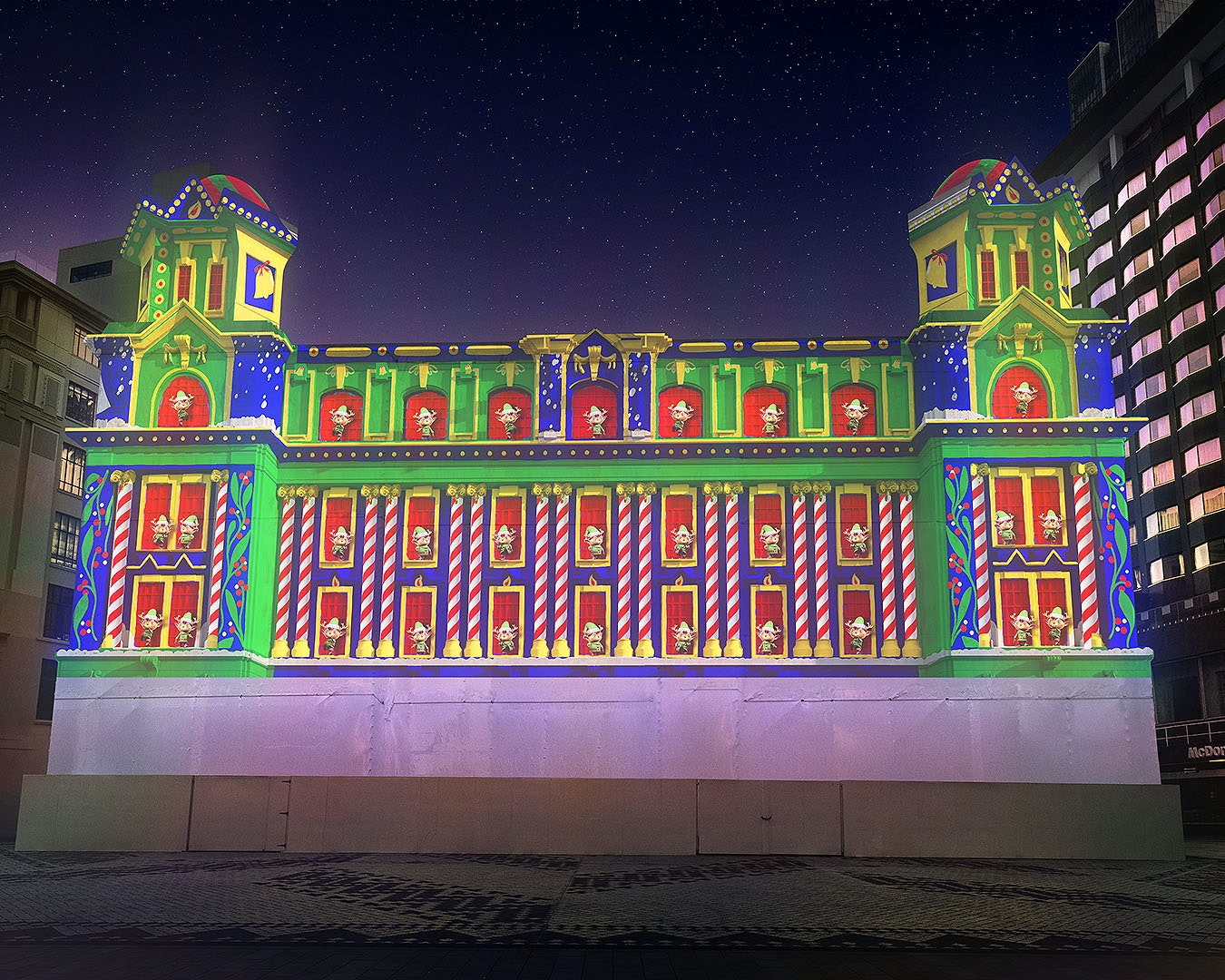 News of a massive holiday light show downtown has us feeling like—well—kiddos at Christmas. Bought to us by Heart of the City, Auckland Council and Commercial Bay, the Christmas Light Show at Te Komititanga (aka the new space connecting Queen Street and the waterfront) is a legit sight to behold. Projected across the 55 x 32m frontage of the Chief Post Office (home to Britomart train station), you'll be taken on a magical journey from Auckland CBD all the way to the North Pole for a behind-the-scenes look at Santa's Workshop, before watching the jolly fat man make his way down under to NZ. This festive spectacle will run every night between 8:45 and 11pm, right up until Christmas Eve. Be sure to also grab a snap amongst the cool 'light forest' of giant Christmas symbols designed by award-winning artist Angus Muir, also at Te Komititanga. 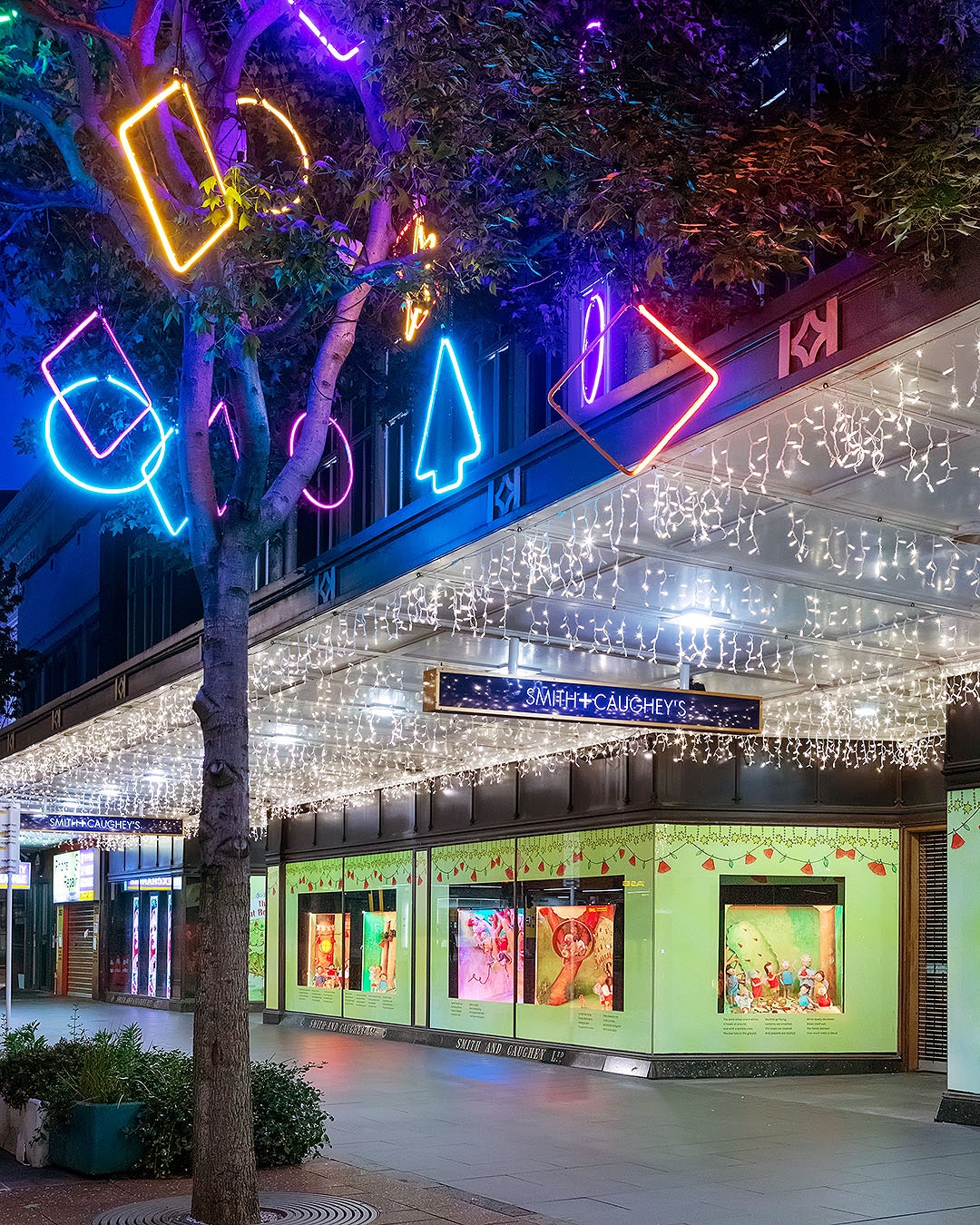 This one's less about the Christmas lights and more about the experience as a whole, but we love it just the same. And we're not the only ones—Aucklanders look forward to the festive celebrations at Smith & Caughey's all year long, headlined by an amazing animated window display usually based on a children's book (this year, The Fairies' Night Before Christmas, a Kiwi take on the classic story written by Sarina Dickson and illustrated by Sarah Greig) and strings of pretty Christmas lights that give the city an instant injection of holiday cheer. Check out their dedicated Christmas Shoppe on Level 2 for more festive feels, or for a small fee why not visit Santa himself via an enchanted forest walk-through on the sixth floor (his grotto is LEGIT). Finally, don't forget to take a wander down Queen Street to check out some of the city's other cool Christmas installations (including, yes, more lights). 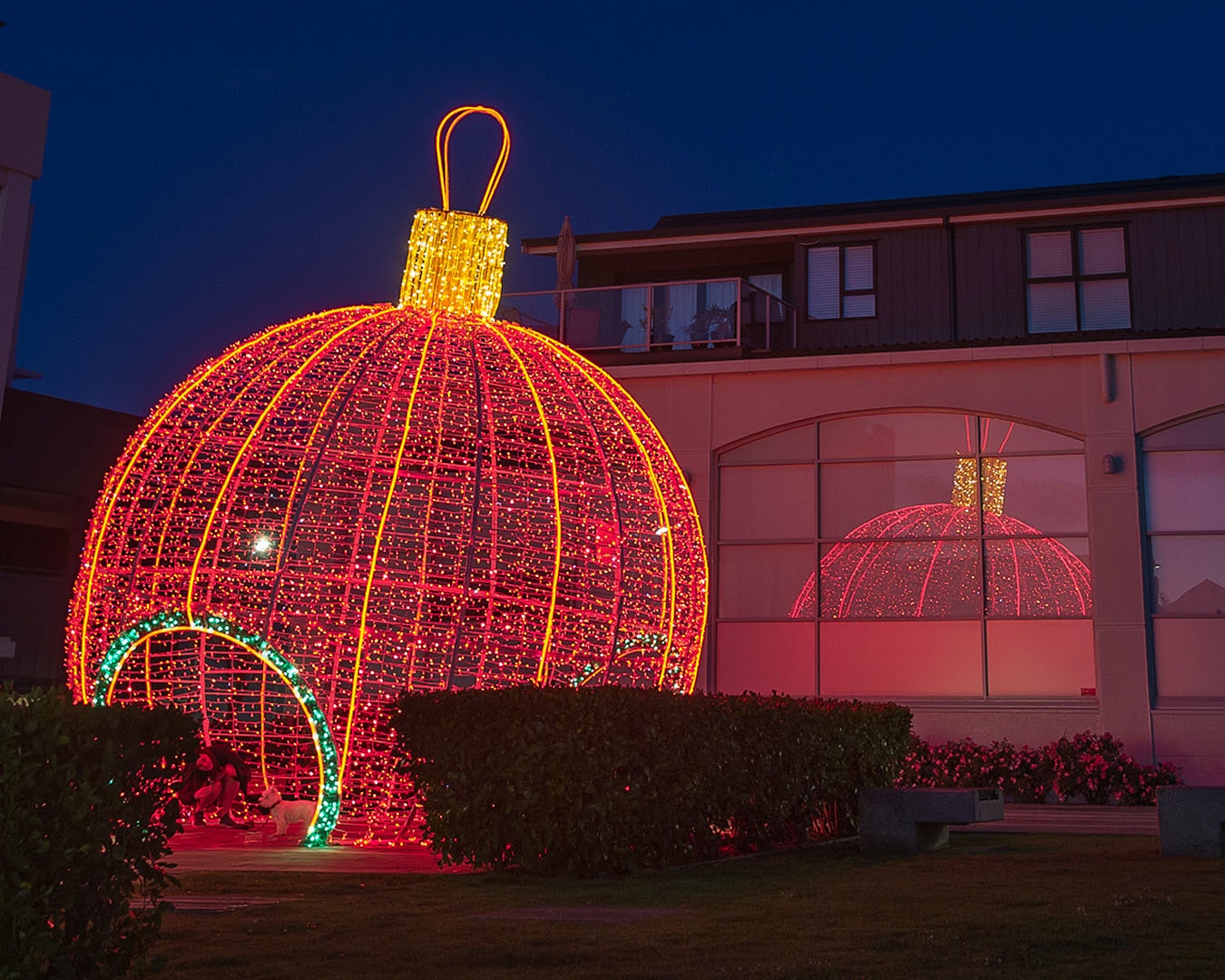 Nothing says festive like a gigantic Christmas bauble, decked out with thousands of twinkling lights. We're talking about Parnell's Christmas Bauble of course, which is back at Heard Park for another year to bring a little festive cheer to the city fringe, complete with a gesture sensor that allows you to change the colour of the lights by moving, dancing, or waving. Take note, Santa—we wouldn't mind one of our own come Christmas morning.

Keen to get your shopping sorted in one fell swoop? Check out Auckland's best Christmas markets.