Take A Seat, This Mind-Bending Audio Experience Will Make You Question Reality

If you’re keen for a good spook and don’t want any spoilers, just head for Darkfield Radio, grab a partner and book your DOUBLE creep out experience now. If you’d like to know what you’re getting into first, read on.

They claim all you need for this mind-twisting psychological freak out session is a friend and a pair of headphones. How creeped out could you possibly get, hanging with a friend in your own home? Of course, there’s only one way to find out—so I donned headphones to experience it for myself. Turns out, DOUBLE, an in-home auditory thriller presented on Darkfield Radio, is featuring at Venice International Film Festival’s VR Expanded show with good reason.

It’s an interesting but surprisingly simple set up for the immersive experience—you need two smartphones, two pairs of headphones, and two willing test subjects. Head to the Darkfield Radio website, book a ticket for a session of your choice, plug a pair of headphones in, and sit across a table from your partner when your session begins. Then a clinical, detached voice asks that you keep your eyes closed for most of the 20-minute experience.

“You’re in a safe space,” the gothic voice of Christopher Brett Bailey suggests, but the subtle sound of knives scraping from their metallic block, and suspicious footsteps in the distance creates an uneasy tension. Is that my other housemates in the kitchen? Is that someone downstairs?

The three-dimensional, positional audio is the star of the show. My high qual headphones really amplified the confusing aural landscape, but my housemate’s regular ol’ headphones produced the app's impressive effects, nonetheless. The conducting of the environmental audio is freakishly well executed—case in point, I nearly fell off my seat and opened my eyes when a glass shattered. To our relief, the shattering was just one of DOUBLE’s many auditory tricks. 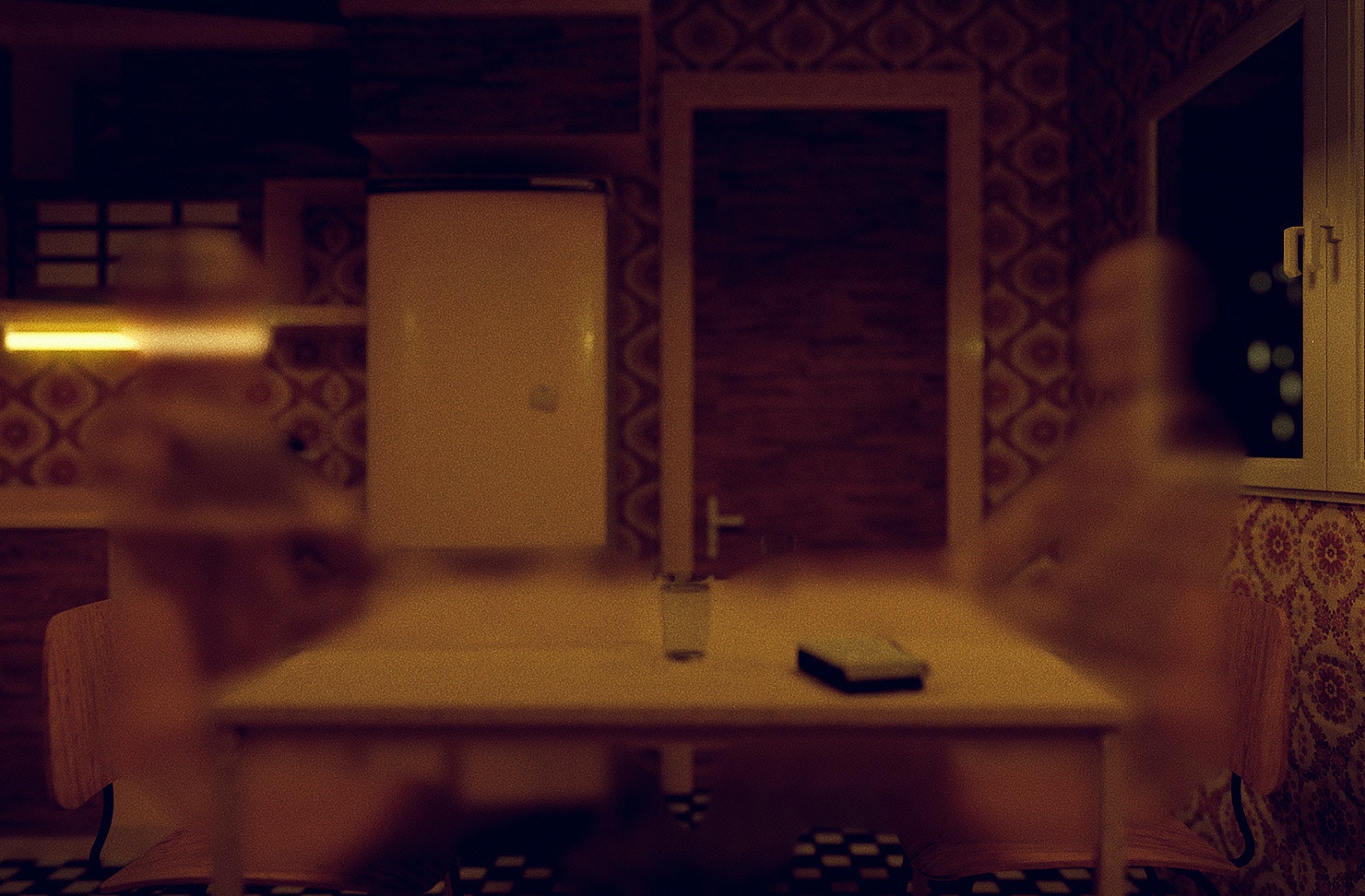 The intent of the experience is to explore the “Capgras delusion”, a stranger than fiction psychiatric disorder in which a person becomes convinced that a friend, spouse, or family member has been replaced by an identical impostor. DOUBLE attempts to simulate this effect by having you look at your partner, then close your eyes, and create a detailed map of their face in your mind’s eye.

Meanwhile strange sounds ring out, and clinical statements about what’s going on around you suppose you know exactly what’s going on. Then the sounds get louder, and the statements become questions. “Are you sure you know what your partner looks like?”

The experience was even more engaging than I anticipated, despite being a sceptic with adamant (or stubborn) will to never be tricked, my curiosity and interest in the characters enthralled me to the very end. If not for its raw entertainment value, DOUBLE is a surefire test to determine who is the most gullible, and who can be frightened by the clever application of kitchen noises.

We both smiled at the show's end, when we were prompted to open our eyes. Entertained, but (thankfully) not duped into the Capgras delusion. Certainly an impressive first effort for an innovative experience that is establishing its own genre, DOUBLE is absolutely worth 20-minutes of your time, and undoubtedly more entertaining than two lattes.

Tickets are $10 and available now for shows through to 29 September. DOUBLE streams Tuesdays, Thursdays, Fridays, Saturdays with 8pm, 10pm and 11pm sessions.

What: DOUBLE
Where: The (dis)comfort of your own home
When: Until September 29 2020, Tuesdays, Thursdays, Fridays and Saturdays at 8pm,10pm and 11pm.