10 Of The Best Ramen Joints In Auckland, According To You

Piping hot and packed full of flavour, ramen is as good for the soul as it is for the stomach. It's no wonder this drool-worthy dish, which features noodles swimming in a lush savoury broth, topped with goodies like braised or barbecued pork and soft-boiled eggs—is one of Japan's most popular dishes and an absolute fan favourite here in New Zealand.

But who does it best? After much slurping, we can confirm that these are the best places in Auckland to grab yourself a bowl of the good stuff, aka ramen.

Self-described as a 'noodle saloon', Chop Chop Noodle House is hands-down one of the city's best spots for a feed of ramen. Get amongst a solid assortment of flavours, from pork belly and beef brisket through to the tongue-in-cheek Cobra Kai Super Mega Ramen with three different types of meat (guaranteed to karate kick your taste buds into orbit). Plus, this has to be one of the only places in Auckland where you can get your ramen with a side of whisky. Yeehaw! Jay says that even without the option of whisky, this spot easily does the best ramen in Auckland.

Cheap and cheerful is definitely the mantra at Mentatz Japanese Noodle Restaurant & Bar, which is a particular fave with uni students on the hunt for sustenance. Of course, price means little if the food isn't delish, but in this case, it most definitely is. They have a number of different broth bases to choose from (or do away with broth altogether and plump for one of their dry ramen), along with some truly innovative flavour combos and again, plenty of extras for the adding. We like to keep it classic with their signature Mentatz ramen, which features a dreamy tonkotsu base topped with a marinated egg, bamboo shoots, spinach, black fungus (a mushroom commonly used in ramen), seaweed, shredded chilli, and the pièce de résistance—two different kinds of pork (chashu and kakuni). Kane eats Mentatz's ramen on the reg, telling us it's the ultimate study fuel. 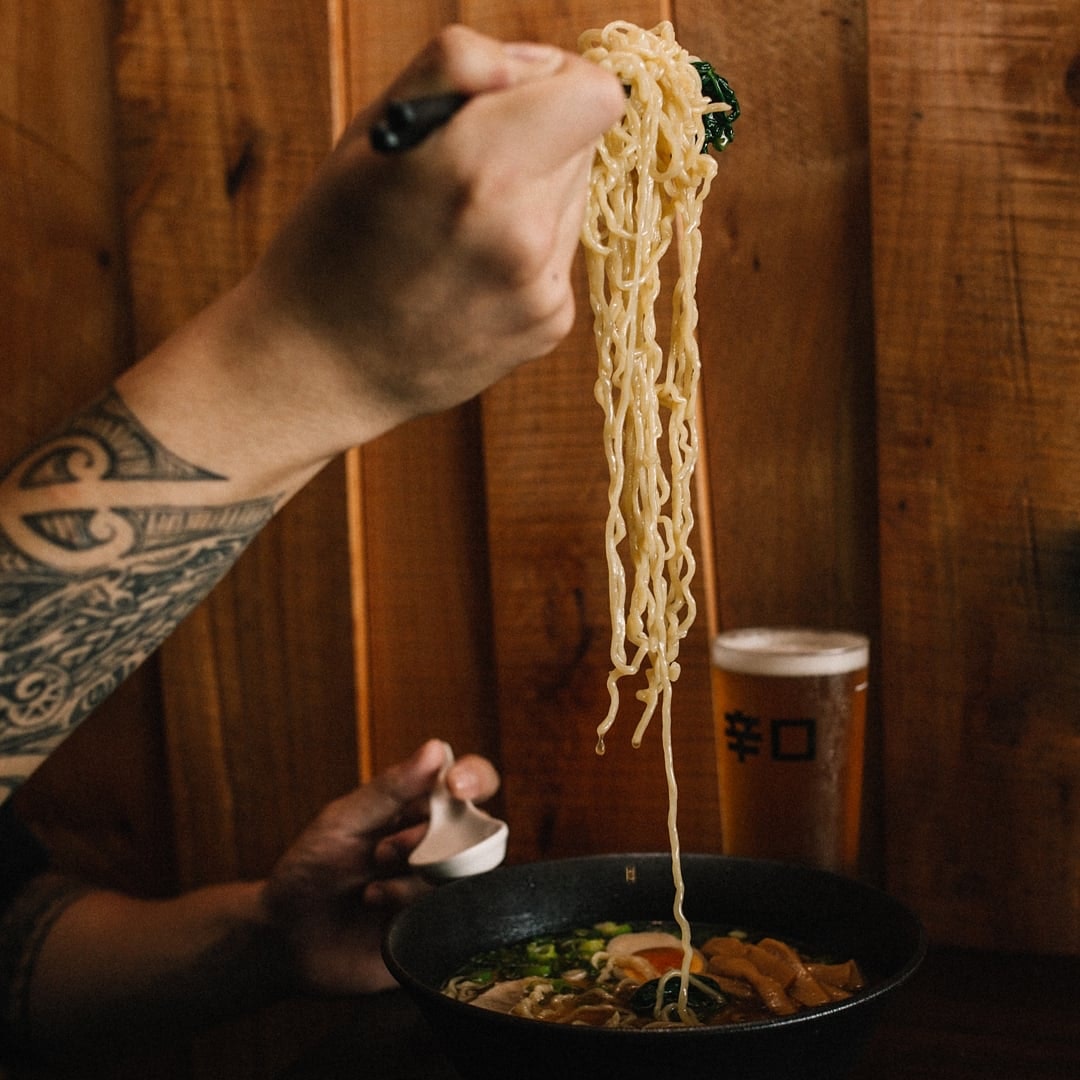 If you want ramen that's the real deal, Ramen Takara is where you'll find it. Owner and executive chef, Yuki, grew up watching her father run a small but successful ramen shop at the foot of Mount Fuji, so it doesn't get much more legit than that. Now she's bought the art of authentic Japanese ramen to Auckland, and the result is every bit as incredible as you'd expect. If you can manage to tear yourself away from their dreamy tonkotsu number, give Ramen Takara's tom yum and tan-tan offerings a whirl. Sour, spicy and of course, extremely delicious, these are a refreshing alternative to the more traditional style of ramen (speaking of which, they even do a cold option topped with salmon and avocado). Chloe reckons that eating ramen here is probably as close as you can get to actually eating ramen in Japan.

Created by two award-winning chefs (Toru Hirae and Kazuya Yamauchi), you know that Zool Zool's ramen is gonna be good. In fact, we'd go so far as to say it's some of the best in Auckland and their famous Paitan offering is just one of the reasons why. Only available Tuesday through Thursday, this addictive dish brings together a rich chicken broth with juicy chicken chashu to create a real-life 'chicken soup for the soul' moment. If, on the other hand, you prefer your ramen with the tide out, they also offer a menu of Zoolmen here (that's ramen with only a small amount of broth). P.S. We love the fact that Zool Zool's menu encourages slurping—apparently doing so shows your appreciation for the dish (we believe their exact words are 'make some NOISE!'). Kai is just one of many Zool Zool fans and yes, he's a slurper.

For an authentic ramen dining experience, you can't beat Ichiban Ramen. Here you'll perch atop just one of 10 stools while slurping down piping hot bowls of noodles, just like you would at a real Japanese ramen bar. But it's not just the bonafide vibes that make this a must-visit—Ichiban is also famous for bringing the heat and by that we mean five different levels of spice for any ramen on the menu (warning: level five is expert territory only). We can't think of a better way to blow off the cobwebs (and clear out our sinuses). Ryan says waiting for a seat here is a small price to pay for the best ramen in Auckland. 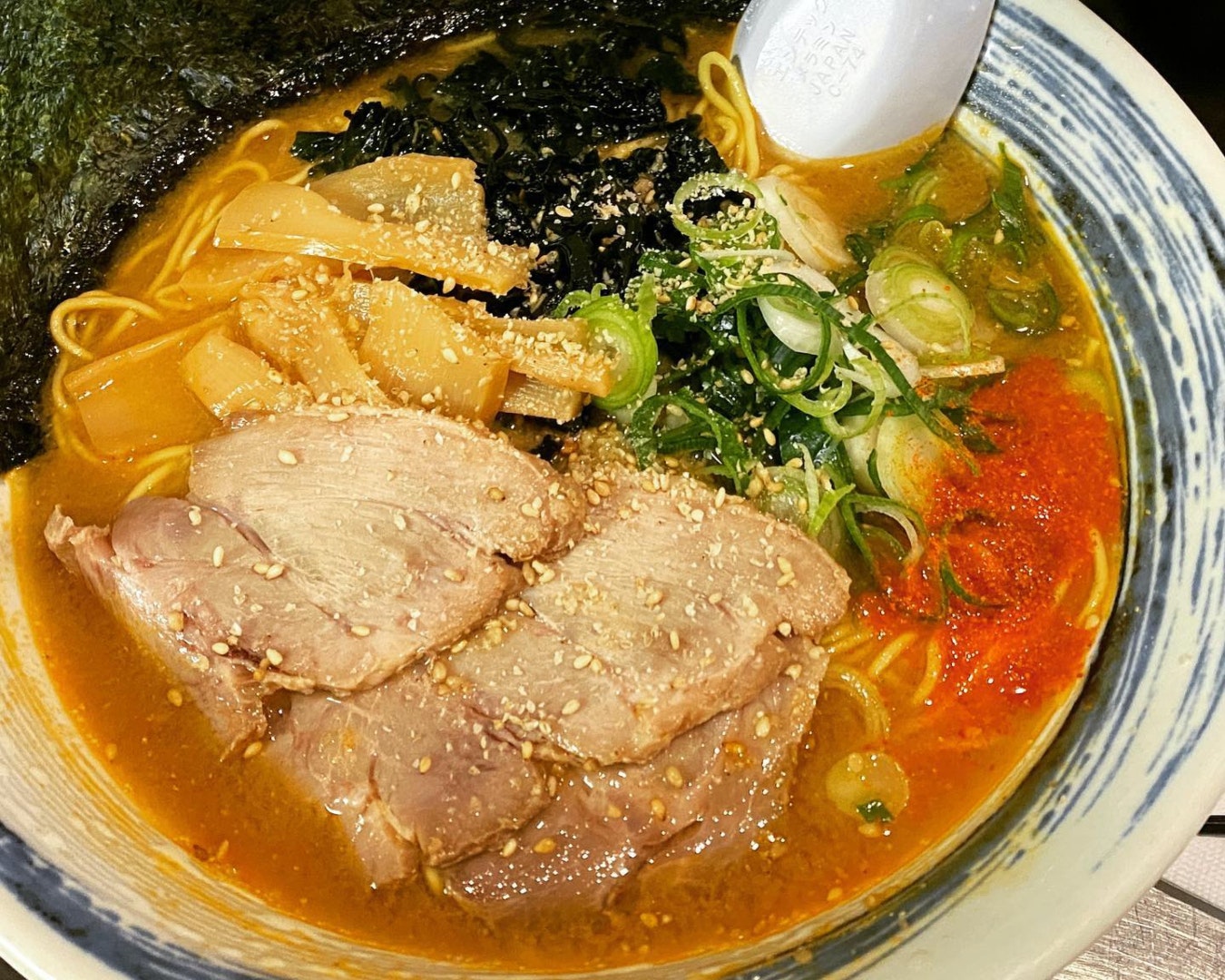 TANPOPO Ramen is an absolute stalwart of the ramen scene here in Auckland, serving up bowls of the good stuff under the watchful eye of Tokyo-born Michio Kurihara for more than 35 years. This one is most famous for its tonkotsu shoyu ramen, which pairs succulent slices of barbecue pork with a special, soy sauce-laced pork broth, and was even named one of 2020's Iconic Auckland Eats. However, what we really appreciate here is the option of extra toppings—including cheese—for just a few bucks extra. Yes, you read that correctly, cheesy ramen. We don't know about you, but to us, that seems kinda genius. Coco reckons Tanpopo Ramen has the most authentic ramen around.

We're saying a big fat 'I do' to Ramen Do, which has been dishing up ramen goodness to the people of Auckland from its Symonds Street eatery for several years now. Authentic Japanese ramen is the name of the game here, and that means no shortcuts. Noodles are made fresh on the daily, while broths are brewed for 48 hours to give them an unrivalled depth of flavour. Their Hokkaido miso ramen is a particular fave—try it for yourself, if you know what's good. Do like Gary, and visit Ramen Do (according to him, it's the bomb).

No list of Auckland's best ramen is complete of course without IPPUDO. The brand, which has branches in both Newmarket and Sylvia Park (along with countless others around the world) is renowned for its many and varied takes on the dish. These guys get brownie points for asking us how we like our noodles cooked—just for the record, we prefer ours soft and served as part of their Karaka Men offering. Featuring a wonderfully warming tonkotsu broth, pork belly (sliced AND ground), spring onions, fragrant garlic oil and more, this bowl is good for the soul. Nathalie tells us that this is the restaurant that first introduced her to ramen, and she hasn't been able to stop eating their (many!) versions of it since. 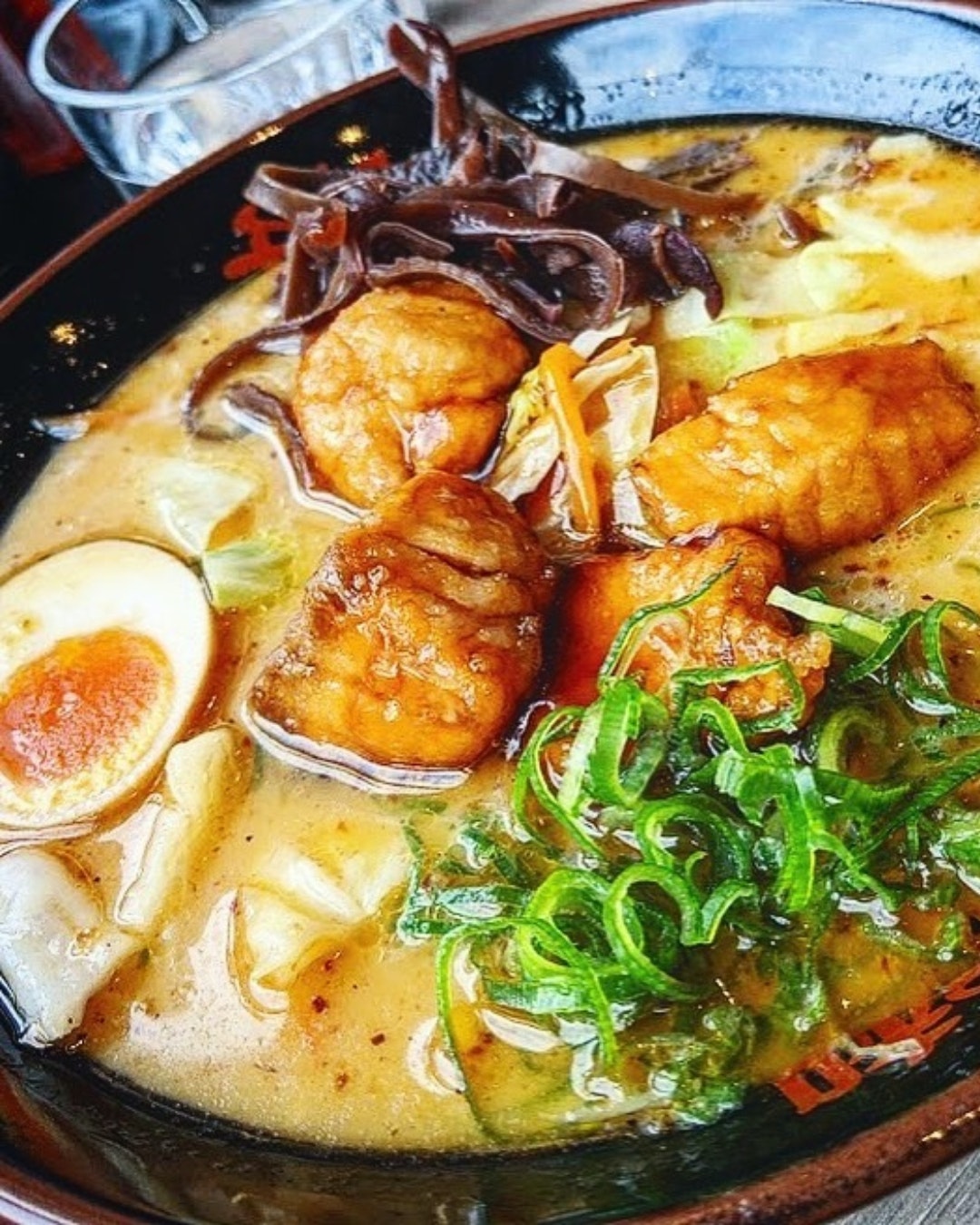 As with IPPUDO, Ajisen Ramen Restaurant has earned itself a solid rep for its ramen overseas before finally landing here (this is its first New Zealand store). There's enough ramen here to eat a different bowl every week for months, and that's something we're more than willing to try. These guys specialise in the tonkotsu variety of ramen, which is the perfect companion to chashu (marinated pork), tamago (egg), and countless other toppings. They also do dry ramen but personally, we reckon ramen's not quite ramen without the soup. Marcus is still making his way through the ramen here but hasn't been disappointed yet.

It's official—ramen has crept into every conceivable corner of Auckland, including Orewa. That's right, Coasties can now get their ramen fix at Yawara Ramen Bar, a cute li'l spot hidden down a quiet side street. These bowls of goodness are worth seeking out for the broth alone—delightfully cloudy and with depth for days, your soul will smile, guaranteed. However they also use high-quality noodles and sauces imported from Japan, and who can argue with that? Kat says Yawara serves some of the best ramen in Auckland—not bad for a tiny shop all the way up in Orewa!

And A Few More Faves We Just Couldn't Forget...

Daruma has six eateries across Auckland (and another opening soon in Greenlane), which can only mean one thing—they know how to make good grub, some of Auckland's best ramen included. These guys take their craft very seriously, having set up their own factory to produce ingredients of superior quality and taste. Think housemade noodles (made with the best noodle-manufacturing machinery Japan has to offer, no less), chashu pork slow-roasted in a secret sauce, and an incredibly complex (and incredibly delicious) stock, to bring it all together. The result? Authentic, delicious, and totally slurp-worthy ramen that 100 per cent deserves a place on this list, and in your belly.

It would be remiss not to mention Maruten Ramen, which has been making ramen fans out of Aucklanders since its days at Mercury Plaza (you'll now find it on Dominion Road). They have quite the list of noodle-y goodness here, with variations of the dish from all over Japan—but no need to be overwhelmed, as they've taken the guesswork out of choosing a bowl by listing their five most-ordered items. You'll know you're in the right place when you peep their mural (a man tucking into a bowl of ramen, naturally).

Mac 'n' cheese more your jam? We have a list for that, too.