While the Japanese food landscape in Sydney is certainly headlined by buzzing yakitoris, laneway izakayas, and local sushi trains, there are a few venues that have delved into the world of the famous Japanese egg roll.

For those who are already well-versed in this fried-rice omelette otherwise known as omurice (pronounced “omu-raisu”), the hybrid dish needs no introduction. But for those who are yet to try this glorious dish, well, do we have the treat for you. As with most things that have stood the test of time, the exact origins of omurice remain a bit hazy but, for the most part, the Japanese dish with Western influence is thought to have been around since the Meiji Restoration.

Without taking you into a deep history lesson, this period in Japan was an era of massive social, political and economic change which, more or less, brought on a whole lot of modernisation that aligned with the Western world. The fusion of food that came of this time of Westernising is now referred to as yōshoku (洋食, “Western food”) and included the introduction of croquettes, curry rice, tomato sauce, and meat—which was actually prohibited entirely before the Meiji Restoration.

One of the enduring dishes of this time was omurice.  Basically fried rice wrapped inside an omelette burrito, it regularly gets topped with tomato sauce, onions, and various meats—if you’re that way inclined. For many, this Japanese egg roll is a nostalgic feast with a whole lot of childhood memories, but if you’re an omurice novice, you’ll get a mix of savoury, sweet, and tangy all at the same time which is what makes it such a must.

Convinced? We thought so. Now, here’s where you can find the best omurice in Sydney. 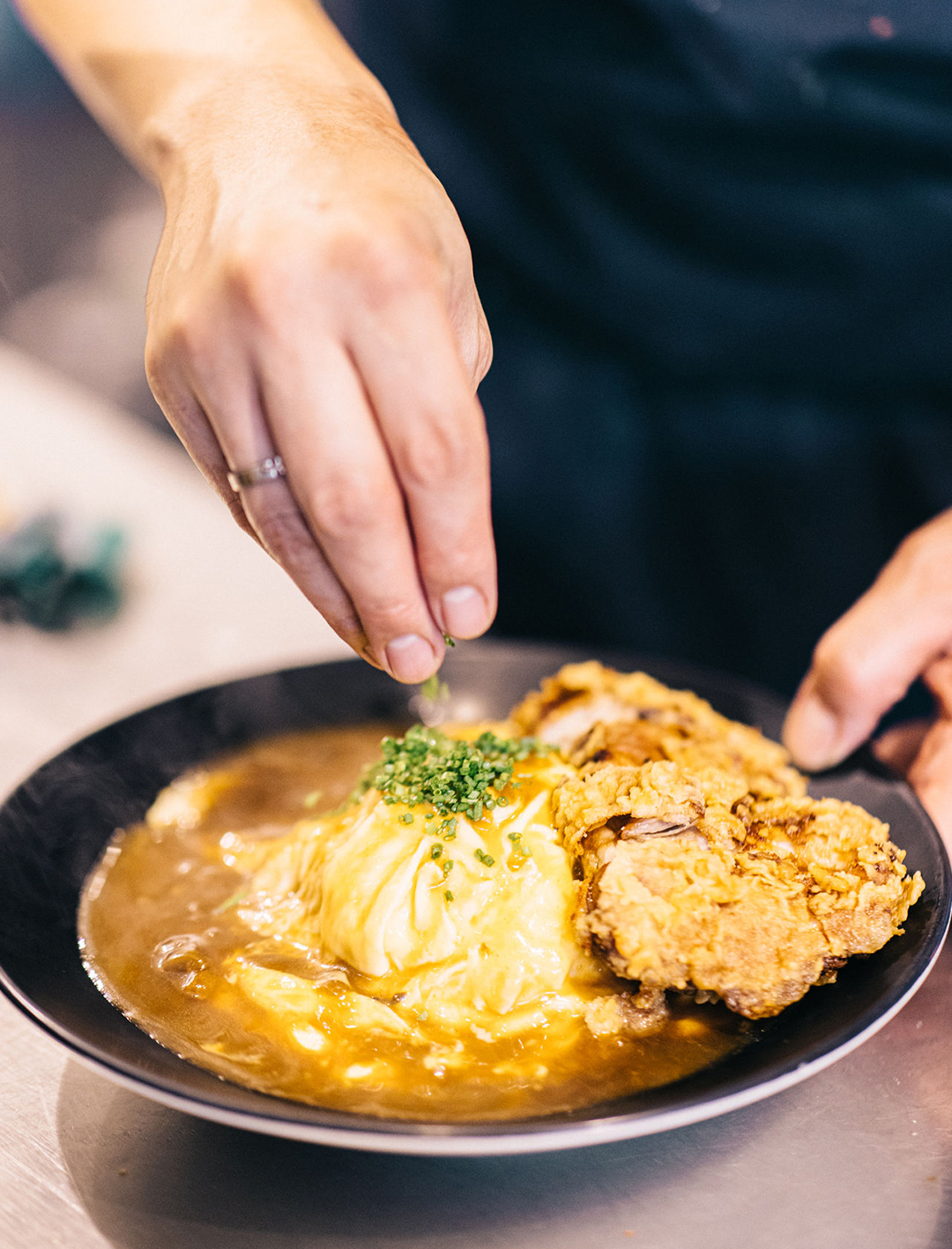 Few cafes have stolen our hearts and stomachs quite like Devon Cafe has and with the venue’s long-standing reputation for plating up the fluffiest scrambled eggs and omelettes around, it’s no surprise that they’ve also harnessed the power of nailing the gooey fried rice goodness. The signature here has always been the ghetto-style omelette (their words, not ours) filled with lobster meat, bisque beurre blanc sauce, caviar and fine herbs. If this should give you any insight into what you’re in for when you hit the omurice train, it’s that a somewhat very glorious food coma is in the pipeline.

“First we cook the rice,” says executive chef Zacharay Tan. “We use koshihikari which is a Japanese style rice strain. We cook it with a bit of tomato puree, chicken stock, garlic butter.”

Here, the omurice is only available from Mondays through to Fridays. Served in a bowl, the Japanese omelette is loaded with tomato, garlic butter rice (not fried as is tradition)  and a mushroom demi-glace. 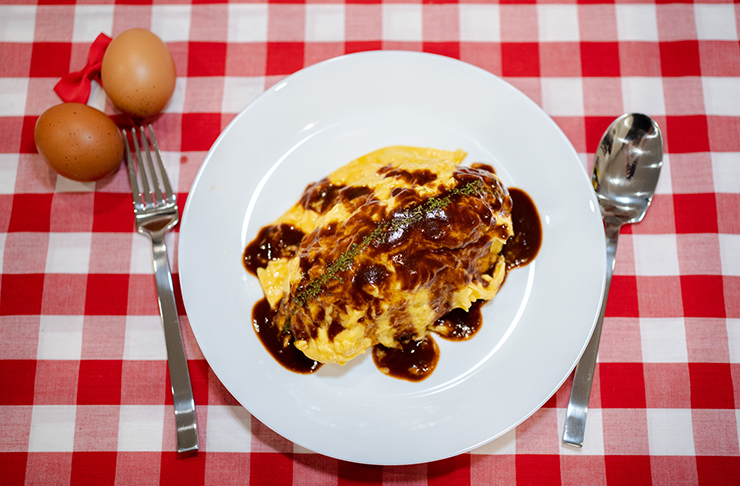 To continue your omurice journey, you can’t go past the aptly named Omu. A dedicated omurice stall, Omu is one of the newer kids on the block whipping up said Japanese egg roll. The stall was launched in December 2020 by Miki Chan and her husband who have gone through a whole lot of trial and error to master their own take of omurice. Their particular stall, which frequents food markets across Sydney (Bondi Junction, Chinatown, and The Rocks) has gained a cult following due to the way in which the omelette part of the omurice gets cut down the middle and falls across the fried rice like silk.

“The omurice I make is one variation from the original where the egg is nestled on top of the rice,” says Chan. “Using a knife, the omelette is sliced from the centre to magically reveal the soft ooziest egg scramble. The sauce is also different and how the sauce is made does vary. The popular ‘demi-glace’ sauce that I created is made from my mother and it complements well with the egg dish.”

At Omu, there are two flavours you can pick from, a tomato sauce finish and the aforementioned demi-glace topping,  which you’ll be able to pick up and take to go. You can scope out the exact whereabouts of where Omu is planning to pop up on the stall’s socials, here. 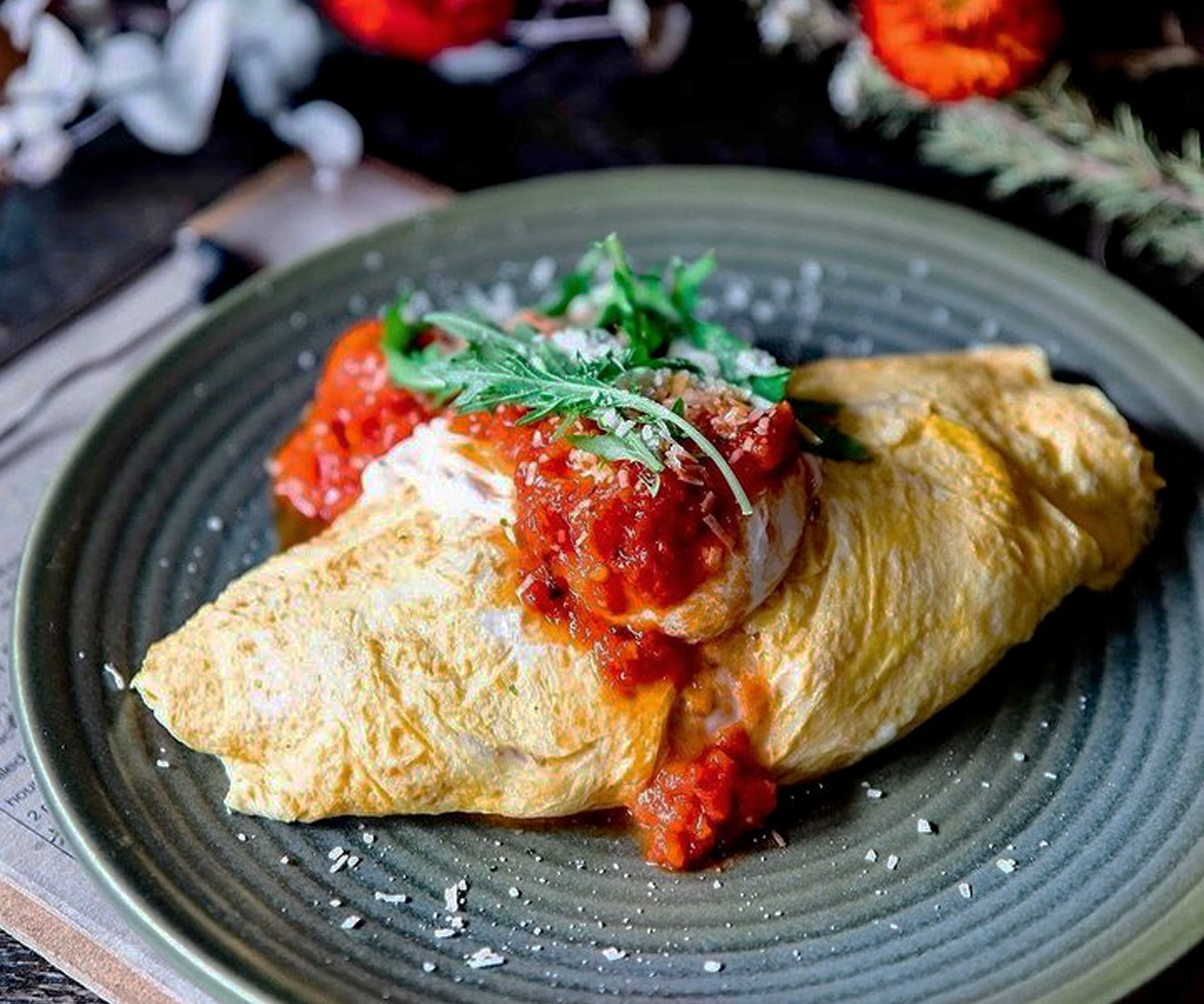 Now, we really can’t do the omurice scene in Sydney justice without a nod towards where it all pretty much started. Headed by Kentaro (Kenny) Takayama (ex bills in Darlinghurst), Cafe Oratnek is a 25-seater haunt with subway tiles, timber accents and a food smorgasbord that takes influences from Australian and Asian cuisine. In terms of the omurice offering here, Takayama has stuck to a more traditional approach (except for the hidden cheddar cheese between the egg and rice) and believes the key to creating the signature creamy omelette rests in expert skill to control the eggs.

“Eggs of Oratnek omurice are like crapes, but still not well-done, at the same time it is not raw,” he says. “The eggs are calculated to be just a tiny bit undercooked as medium-well, but it will be perfectly medium-well when it arrives on the table.”

The omurice at Cafe Oratnek also features a housemade, thick Napoli sauce and a hidden soft poached egg to really make that first cut into the egg burrito one of the most satisfying you’ll ever witness. 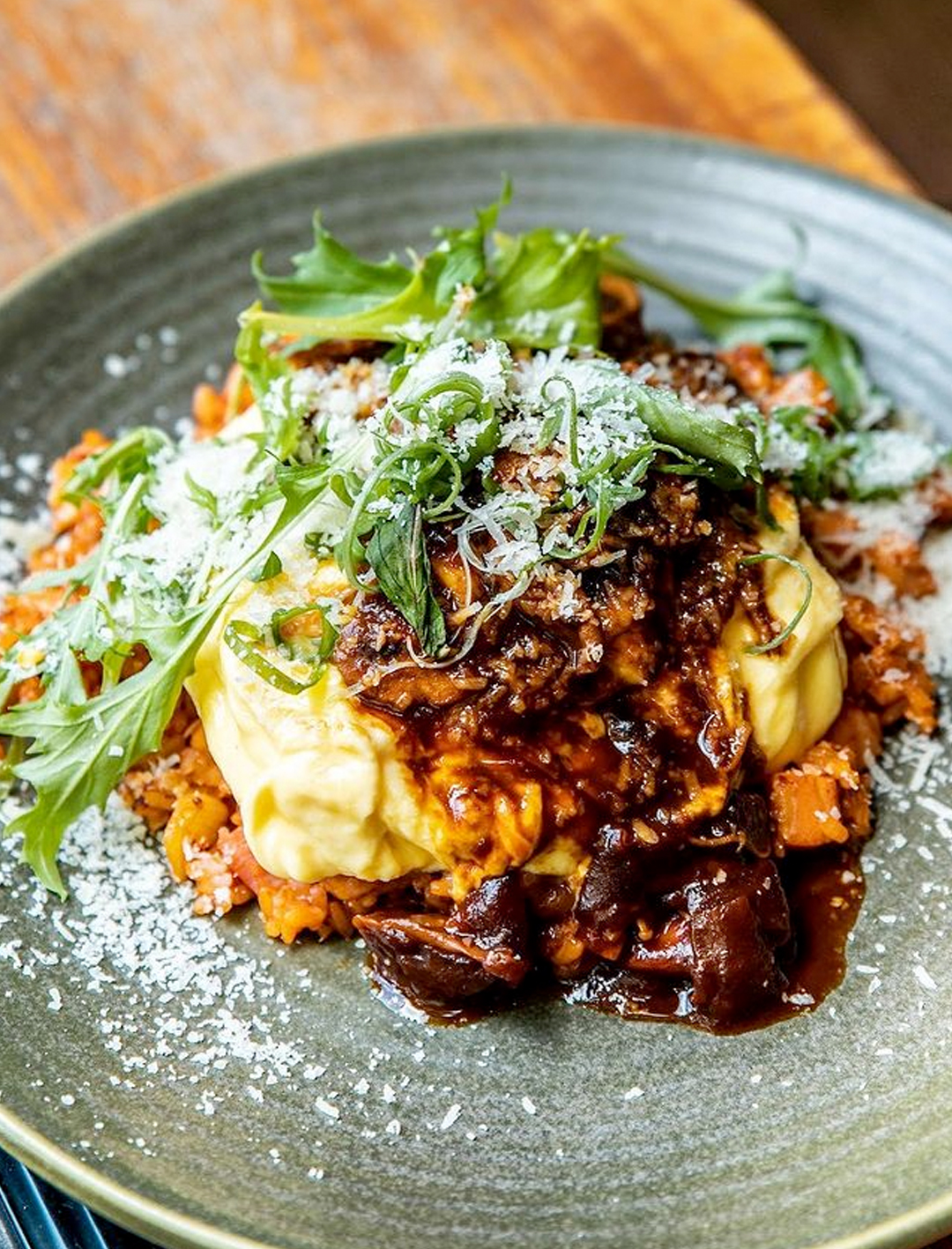 Just down the road, you’ll find Cafe Kentaro which just so happens to be another feather in Kentaro Takayama’s hospo hat on the Sydney foodie scene. Unlike its sister venue, Cafe Kentaro is more about redefining Japanese cuisine as you might know it, and no, that doesn’t just look like a chicken katsu sando (although you will find a cracking katsu sandwich pumped with 200g of pork loin katsu, cabbage, Japanese BBQ sauce, and mustard). In terms of the omurice here, it’s a more playful attempt with the likes of a housemade mushroom demi-glace with added oomph all thanks to dark miso and a bigger focus on making the egg component really melt in your mouth like butter.

“The eggs in Kentaro’s omurice are a super creamy, fluffy omelette,” says Takyama. “We add lots of fresh cream into the egg mixture. The amount of cream is to the limit and when it is cooked, it is cooked just under medium-well, no brown colour.”

In terms of what you’ll actually be digging into, the omurice bundle is filled with aged bacon, thyme, cheese, a dark miso demi-glace sauce and grana padano sprinkled on top of the omelette.

In the mood for dessert? Check this list for the best tiramisu in Sydney.