When people talk about the next generation of game-changers creating a better future for all, they’re talking about people like Bianca Hunt. At just 25 years-old the Kamilaroi, Barkindji, Ballardong and Wadjak woman has just launched AGNT BLAK, the first talent agency of its kind that is owned, operated and exclusively represents First Nations people.

Growing up in Brisbane/Meanjin, Hunt has never done anything by halves. At 21 she was a co-CEO for an international non profit conducting meetings on Wall Street in New York, before returning to her true passion, the world of entertainment—where you might recognise her as one of the hosts of NITV’s Yokayi Footy.

Not one to rest on her laurels, just earlier this year Hunt had a lightbulb moment—if she couldn’t find the right talent agency to represent her and her mates, then she’d go and create the damn thing herself and thus, AGNT BLAK was born.

We caught up with Hunt to find out how she got the agency off the ground and the importance it will play in creating a fairer, more diverse media landscape for the future.

Let’s rewind a little, can you tell me a bit about your early years and what you loved?

Growing up in Brisbane/Meanjin as a middle child, I loved the creative side of things—I was always singing, dancing and putting on impromptu fashion shows. I played bass guitar and wanted to be a dancer.

While I wasn’t academically inclined, my father was the first person in our family to go to university so he really paved the way for me. I was accepted into a performing arts school and university but I chose the latter and studied business and creative industries. 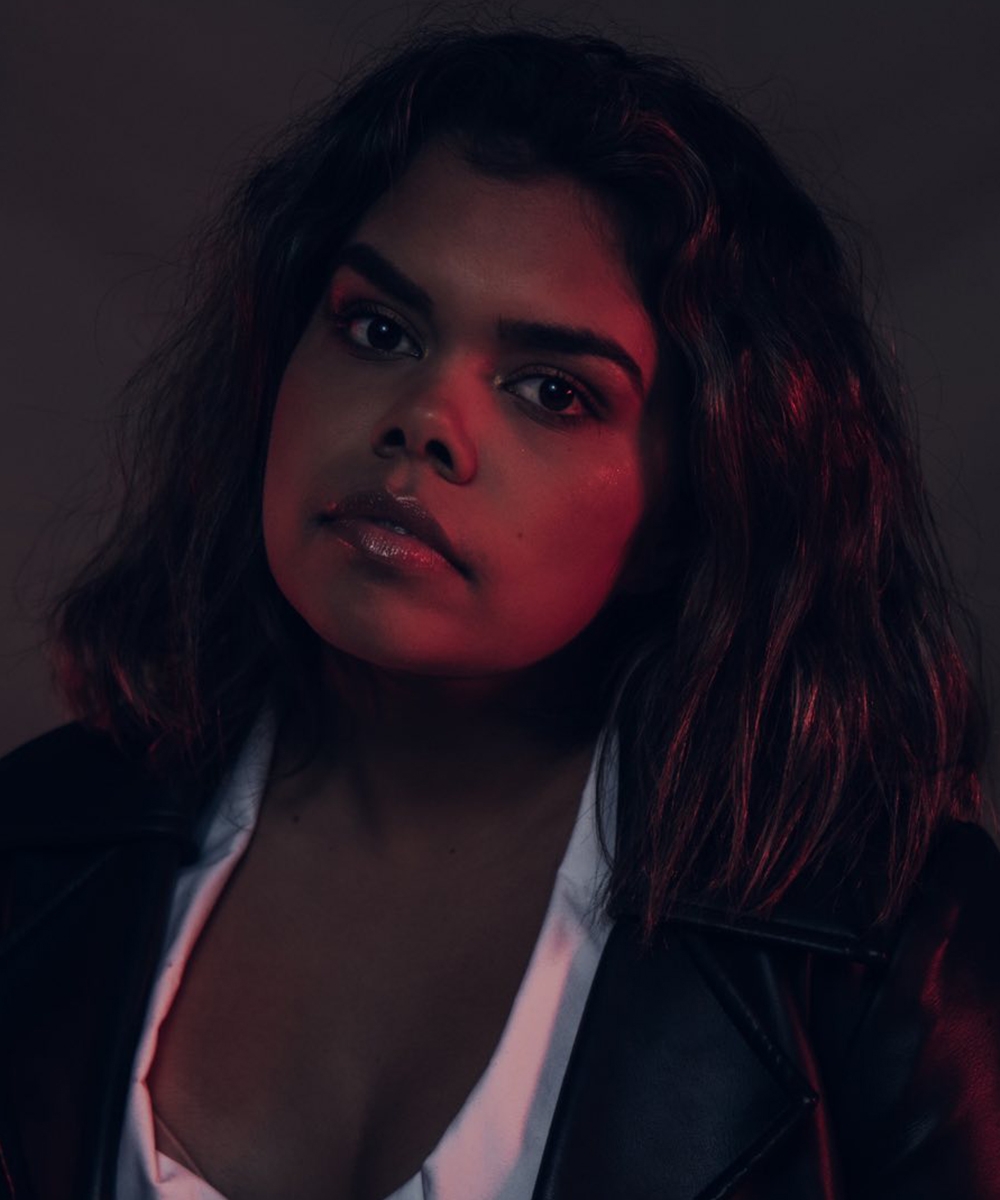 I went down the corporate path and became a co-CEO at  21. During that time I did a lot of guest appearances and media presentations which led me to being a guest on ABC's The Drum. I then worked for SBS in their corporate affairs team and in 2019 was approached to audition for NITV's Yokayi Footy. I moved from Sydney to Melbourne during the lockdown for it and recorded 32 episodes.

What was the lightbulb moment that saw you create AGNT BLAK?

I finished up with Yokayi Footy last October and moved back to Brisbane. I applied for a couple of jobs through some broadcasters and was knocked back which I took as a sign to do something else like freelancing and working for myself. Then in May of this year my birthday came around—that shiny 25, quarter life crisis age. I was able to get down to Sydney to celebrate with my mates who are all blak fullas in media/entertainment and we got talking about how none of us was realistically represented by an agent. And are all incredibly talented, strong blak fullas that should be in mainstream spaces.

I was sitting there thinking, wait, why aren't we represented? I knew I couldn't find an agent that fit me. Also I knew people weren’t seeking me out [to represent me] either. I've got two national shows behind me and another on it's way and I still don't have someone representing me. Is it because of my IG follower account? Because my followers don't correlate to my talent, experience or knowledge. So what is the barrier stopping me from getting representation? Then it hit me that I had the background, learnings and expertise to represent my friends, so AGNT BLAK became a reality.

At its core, AGNT BLAK is about giving First Nations people the opportunity to be fairly represented right?

Since BLM took an international presence last year, I know not only myself, but other First Nations people, are being asked their opinion a lot more. But unfortunately a lot of those voices aren't being paid. I'm done doing stuff for free. I want AGNT BLAK to be a hub for our mob to feel comfortable and to be that go-to point for mainstream spaces and for different organisations to come to to engage with talent.

AGNT BLAK has several core values, can you talk me through them and why they’re so important to you?

Blak Excellence—All of the mob that we have on the books currently and those that we will engage with in the future, are experts in their fields. We don't just specialise in being First Nations people, we've got so many incredible people across all different industries so our expertise should be utilised and heard every day of the year—not just during NAIDOC week or Reconciliation Week.

Storyteller—As First Nations people we are the oldest storytellers in the world so I think that's something we should be proud of.

Community—You’ll hear a lot of mob talking about community and how important it is. I want to create a community for the talent where they can engage with and support each other. We won’t be competing against each other, we’ll be supporting each other to be the best that we can be.

Accessible—This is a big one for me. This has to be a safe space for all of our people. Whoever you come as, that's who we take you as and we're going to support you in every way.

Love—This is embedded throughout the values but I want everyone to experience love, value, appreciation and support at AGNT BLAK.

That we host all First Nations talent, where we can engage all mob and to have them feel safe. And to create that environment where they are paid what they deserve. That's the ultimate goal.