13 Political Books That Will Seriously Blow Your Mind

Nothing feels as great as being informed does so keep on that New Year’s resolution of schooling yourself on things that matter and get ready to dive into the unruly world of politics.

Read on for the best political books.

Coming Of Age In The War Of Terror 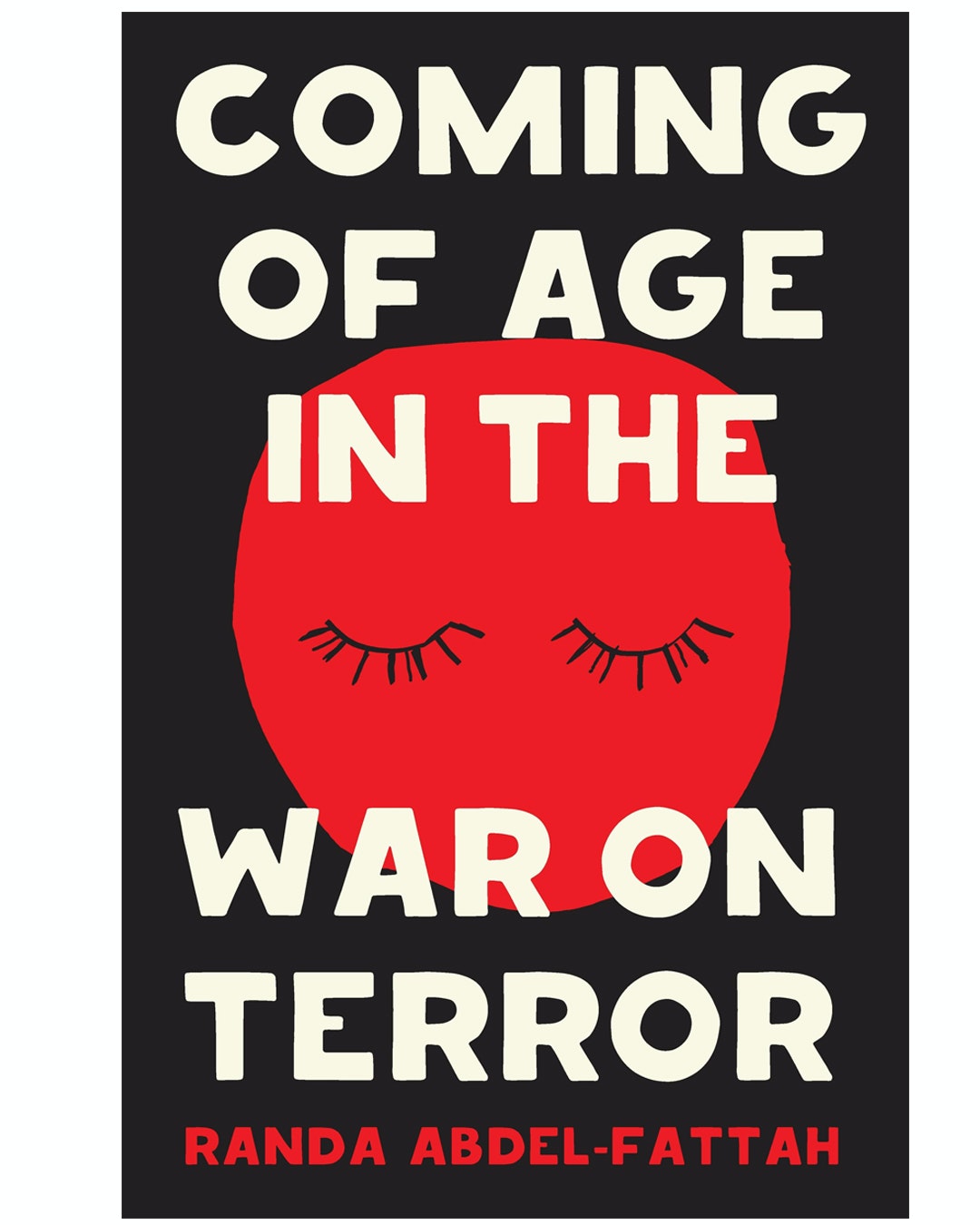 Written by the award-winning writer Randa Abdel-Fattah, Coming Of Age In The War Of Terror is the political book you wish you read in school. Looking at the lives of young people, Abdel-Fattah digs deep into a generation that has not known a world without the War On Terror (TikTok generation—we’re looking at you) and the impact it’s had on young people’s political consciousness.

Don’t know who Ezra Klein is? Let us help—he’s the co-founder of America’s mega news website Vox.com and damn does he have a lot of good stuff to say. In Why We’re Polarized, Klein looks at how Trump rose to prominence, in what we’re just going to refer to as the modern Dark Ages of America, and how this affected the politicisation of everyday culture. This read is revolutionary and will completely change the way you think about politics and *plays suspenseful music*—even yourself.

Shut the front door and listen up, Sex Lies And Question Time needs to be top of your reading list right now and we guarantee you won’t regret it. If Australian politics has felt like a patriarchal freakshow of late (but when has it not, really?) you need to flick your way through this *chef’s kiss* read written by former MP Kate Ellis. Exploring the good, the bad and the ugly of life as a woman in politics, this timely divulgence into the toxic culture of Canberra will give you a pretty frank and open revelation of icons like Julia Gillard, Linda Burney, Penny Wong, Sarah Hanson-Young and even good old Pauline Hanson.

Any book written by Stan Grant is going to open your brain to a new way of thinking, so you’ve got nothing to lose with this one. Equal parts enlightening and disturbing, Australia Day brings forward the identity politics of Australia’s First Nations people and questions around what it actually means to be an Australian if we look back at our history and blatantly ignore it.

There was no moment that shaped Australia quite like November 11, 1975. Equally—there’s no book that will help you understand the context of Australian politics quite like The Dismissal (and yes, we’ve read this book a number of times—it’s that good). Scandals have always rampaged their way through Australian politics—before Australia’s dual citizenship political crisis of 2017 and way before the Gillard versus Rudd showdown. The dismissal of former prime minister Gough Whitlam was the first and only of its kind and carried more controversy than a single episode of The Real Housewives of Beverly Hills. 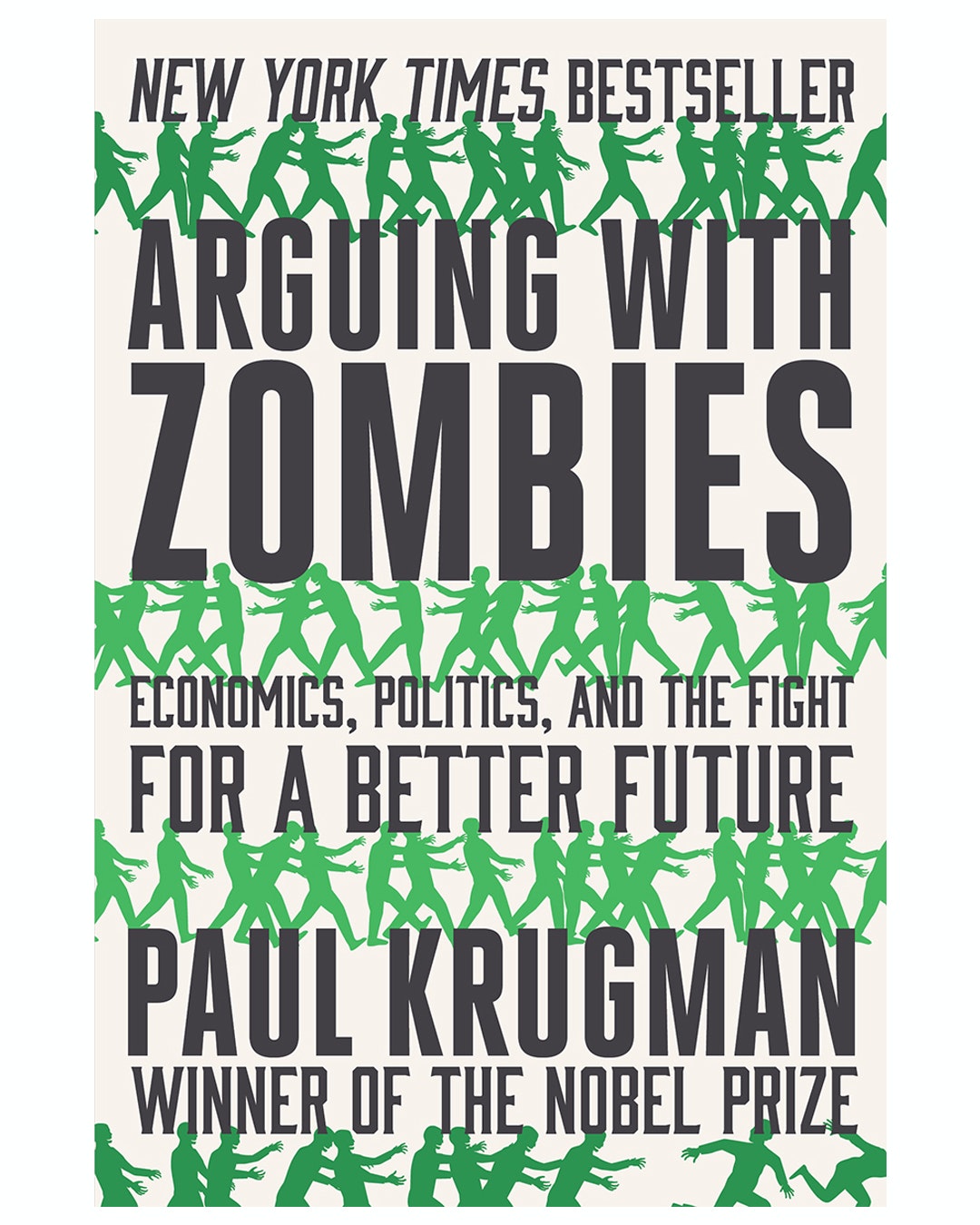 Politics, with pictures! Arguing With Zombies is not so much a fantastic political book you won’t want to put down as much as it is a necessity to understanding the last two decades of, well—life. Paul Krugman is a Nobel Prize-winning economist so he knows his shiz to a T but fear not, this is no boring read. Arguing With Zombies has short and concise chapters (easy to knock out on your morning commute) to help you wrap your head around economic policies that have shaped the world we live in.

BY JULIA GILLARD AND NGOZI OKONJO-IWEALA

While this might sound like a book about women in leadership, it’s definitely a book made to be read by all. Clocking up a broad life on the world stage of politics, economics and global not-for-profits, Ngozi Okonjo-Iweala and Julia Gillard have some strong ideas about the impact of gender on the treatment of leaders. The two have brought together their own experiences in a practical and inspirational book that also features the words of Jacinda Ardern, Hillary Clinton, Theresa May and a whole heap more. Women In Leadership is an action agenda for change, meant to spark anyone and everyone to take control and combat gender bias. This is easily one of the best modern political books to read.

The Little Book Of Politics 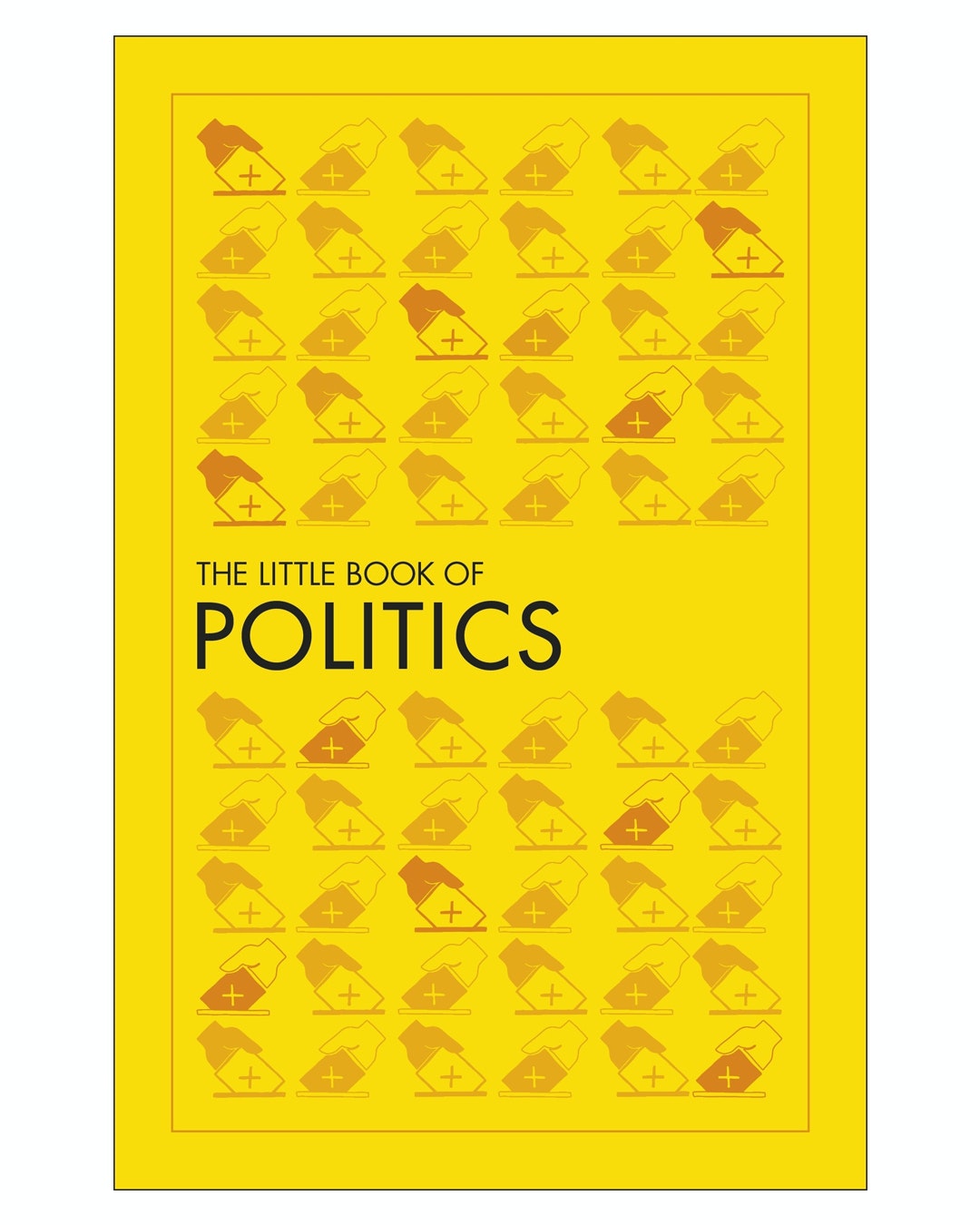 Say hello to your no BS guide to understanding politics. Packed with more grit than Nutella loaded fries, The Little Book Of Politics stacks more than 60 of the most important political ideas and theories that really, everyone should know about. From the origins of democracy to Machiavelli's cunning statecraft, Rousseau's "social contract" to the American Declaration of Independence, Marxist communism, the dawn of populism, and identity politics—it’s easy to finish and only 200 pages.

Learning about the vast concept of politics can be pretty hectic but The Politics Book makes it easier than ever by giving you all the big ideas, simply explained. This guy features step-by-step summaries, graphics and sayings so that the next time your housemate probes you about ancient political philosophy you can point to your favourite Plato quote which you carved into your new ceramic handmade mug. They won’t bug you again.

Best Political Books Of All Time

21 Lessons For The 21st Century 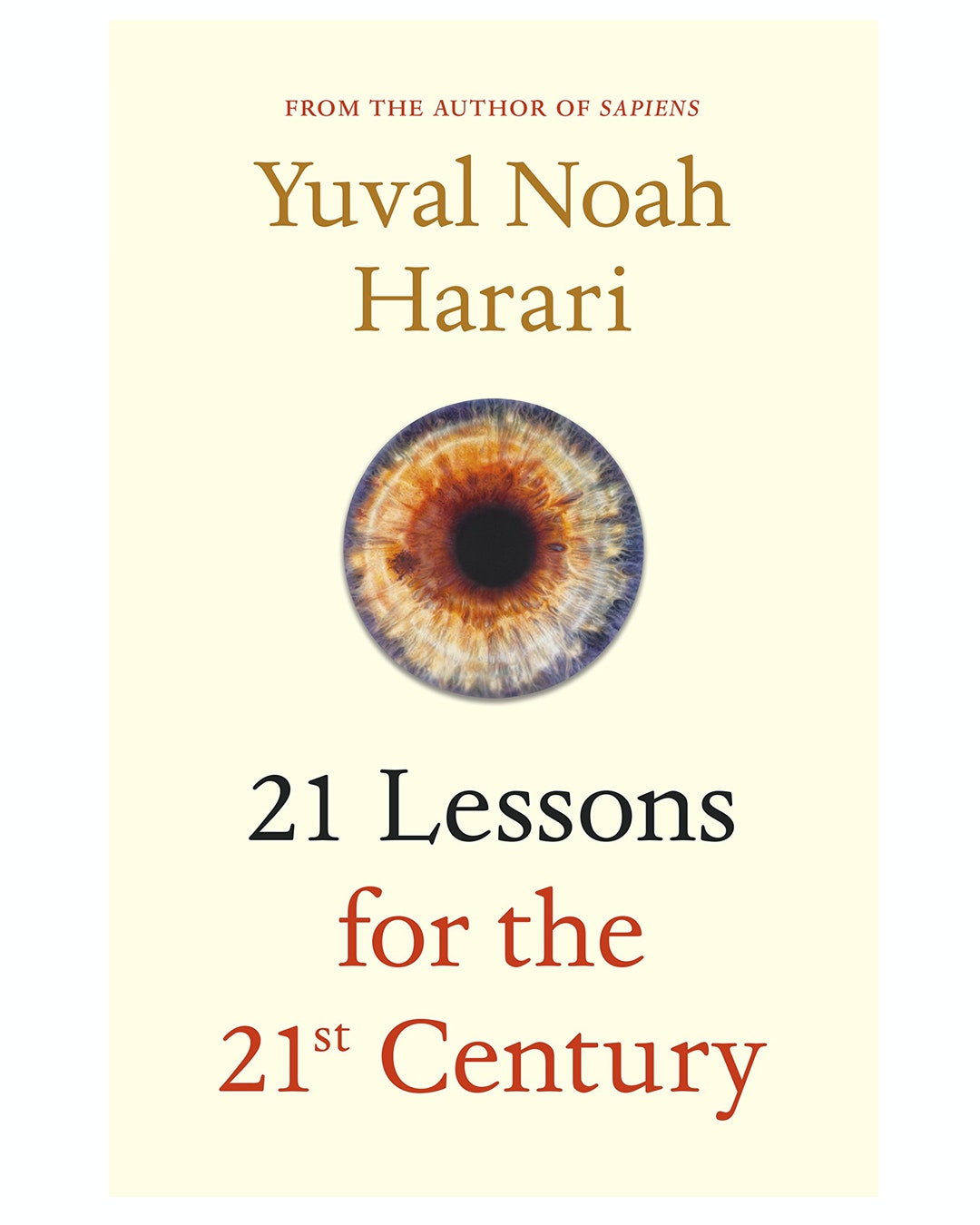 It’s the world’s biggest political questions in one handy lil’ book. How do computers and robots change the meaning of being human? How do we deal with the epidemic of fake news? Are nations and religions still relevant? As technology advances faster than our understanding of it, hacking becomes a tactic of war, and the world feels more polarised than ever, in this political book—Harari looks at the challenge of navigating life in the face of constant and disorienting change and raises the important questions we need to ask ourselves in order to survive.

It’s the New York Times bestselling, groundbreaking investigation of how the global elite’s efforts to “change the world” preserve the status quo and hide their role in causing the problems they later seek to solve. It ain’t pretty but it’s a damn addictive read because Giridharadas asks hard questions like why should our biggest problems be solved by those in power who seemingly dodge taxes and corrupt the system? 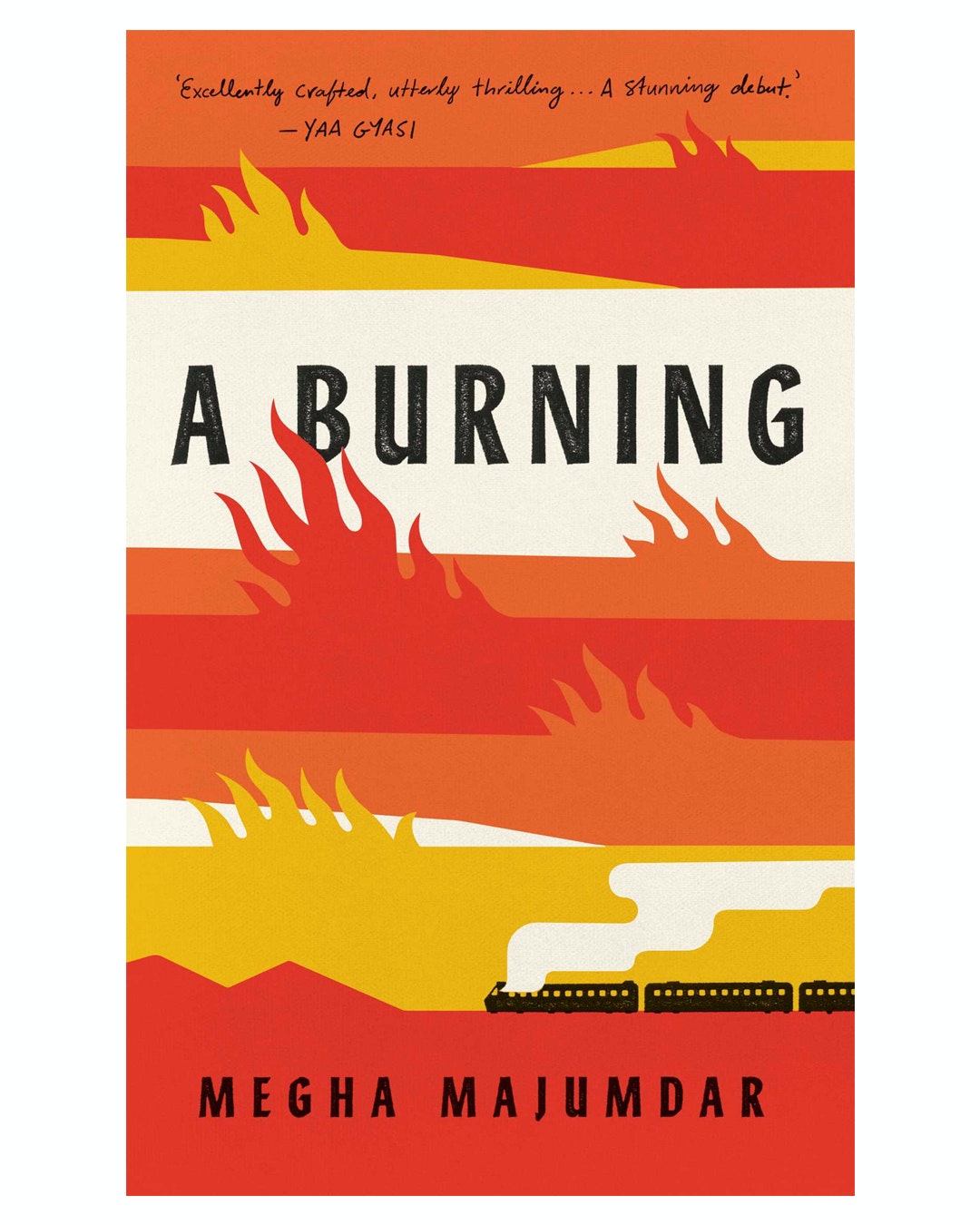 Set in contemporary India, A Burning is the story of three characters, all dreaming of a better future, whose lives are changed forever when they become caught up in the devastating aftermath of a terrorist attack. A Burning is Megha Masjumdar’s debut novel and it’s super brilliant. It looks at issues of class, fate, prejudice and corruption with a Dickensian sense of injustice so strap yourselves in for the political book you won’t be able to break away from.

Don’t “@ us”—it’s the greatest political fiction book of our time and we’re just going to assume you’ve already read its prequel, The Handmaid’s Tale. The Testaments is set 15 years after and this time around, Margaret Atwood is turning this up a notch with three narrators. Any more information and we’d be giving away spoilers. Under his eye.