Welcome to Getting The Gig, a career series where we catch up with culture’s trailblazers on how they landed their dream job.

Should there be any kind of takeaway after reading this iteration of Getting The Gig, we hope it’s an insight into the incredible psyche of the humble design powerhouse that is Roman Jody. The designer has built his own fashion label, called Jody Just, from the ground up—the debauchery and rebellion of the ‘Jodyverse’ starting from the libertine womb of a New York City nightclub back in 2016.

From here, Jody Just has inextricably been linked to music subcultures both in ethos and physical collections. Jody's streetwear garments have caught the attention of music sensations globally and you’ll find his custom fits (which includes cult status cowboy hats imprinted with barbed wire) on the likes of Post Malone, Nooky, Triple One, Blessed, Huskii, Chillinit, 24KaratKev, Kid Laroi and Vanessa Hudgens, just to name a few. Within the last two years, the Sydney-born designer has also created two fully-fledged collections; Candy Flip dropped as a shameless debut and homage to party culture back in 2021 and Heart Inside Out is his latest—a kinesthetic ode to the interconnectedness of opposing forces like the dichotomies of love and pain.

It’s also in his latest collection that new wave and post-punk Sydney band Johnny Hunter, a frequent collaborator and muse of Jody, is featured as a printed motif on a white dress shirt, one of the band’s regular stage pieces. He even collaborated with digital art trailblazer Serwah Attafuah on several artworks that appear as t-shirt graphics, fine art prints and an NFT.

It’s all pretty impressive but it's not without a hardcore worth ethic, something Jody describes as always being “over the top” as he reflects on growing up in suburban Sydney. It was here, during his initial years of high school, the Jody Just founder first became interested in fashion.

“Becoming more aware of the cultural significance of certain brands and products aligned with what I was into at the time,” he says.

“I went to university wanting to graduate with the ability to work across disciplines because I never felt that I fit into a box.”

However, Jody says pursuing fashion and design during his university years still came with a touch of stigma.

“It can be hard not to do things without the concept of what you think you should be doing based on other people's opinions. For a long time I thought that I had to work a very corporate job in order to be successful or at least viewed as such, which isn’t the case.” 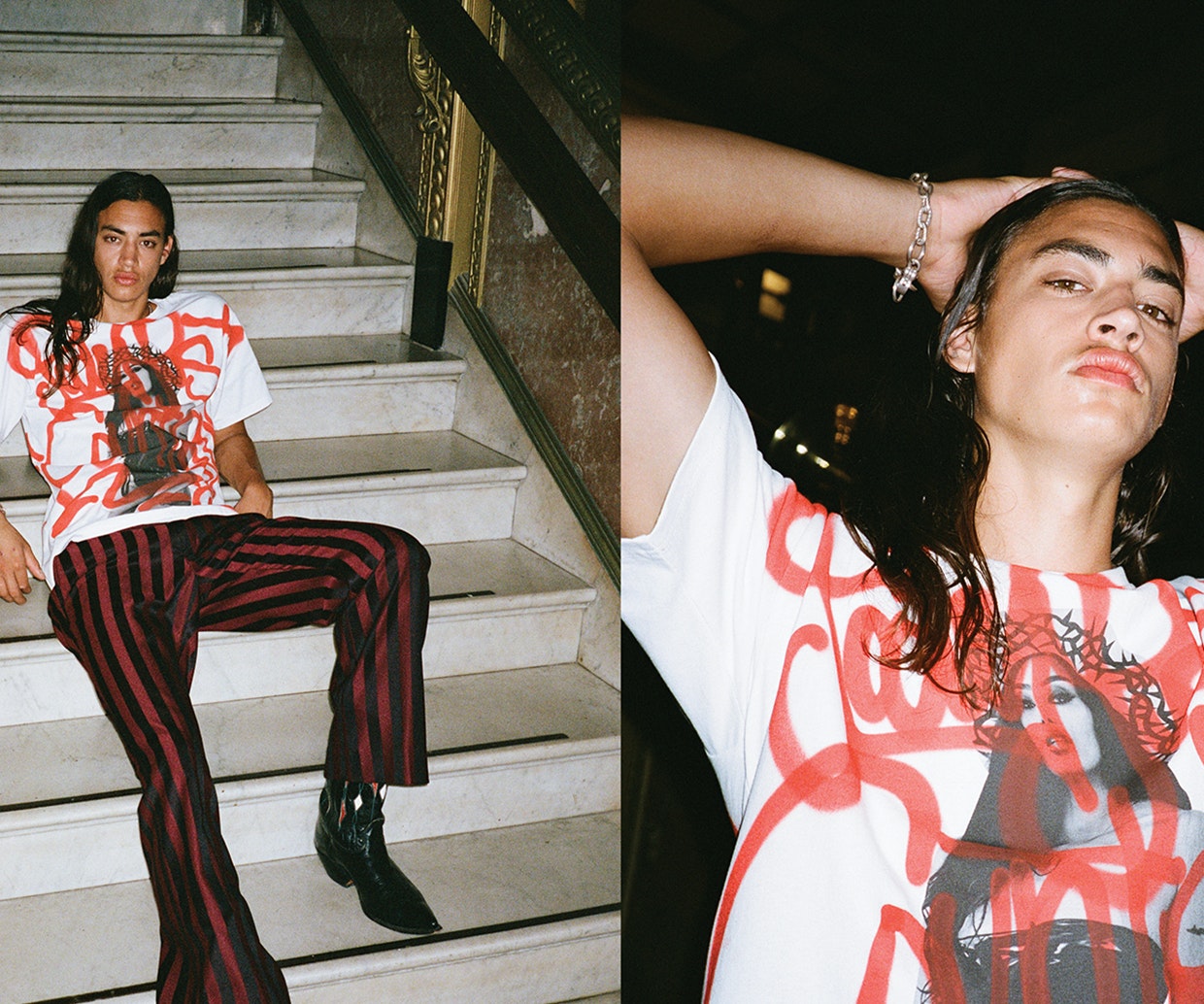 Jody joined the ranks of well-renowned Parsons’ alumni like Marc Jacobs, Tom Ford and Anna Sui when he enrolled into The New School For Design in New York. While the plan was to nab up an arts degree, he instead graduated with a business degree in strategic design, a way of design thinking that applies management and social sciences so businesses and organisations can address complex 21st Century economic, environmental and social challenges.

“It was very intense but very rewarding,” says Jody.

“I developed into the person I am now and it changed how I view the world and myself in it. Being so overloaded with schoolwork while trying to have a social life also prepared me for running my own company now.”

Studying abroad was always on the cards for Jody, as it was for many Australian students pre COVID-19. He mentions feeling “disconnected from reality and going down an uncertain path” in the lead up to finishing high school.

“Leaving gave me the freedom to physically and mentally remove myself from fitting into a mold and experiencing another world.”

In terms of shaping a fashion career in the US, Jody notes a big difference in the accessibility, cost and catalogue of goods. He believes that Australia is so far away from the rest of the world and as consumers “we suffer because of it”.

“For the most part, as a student, being foreign is a disadvantage because you can’t get paid for most of the work you do and in order to work you’ve got to jump through a lot of hoops,” he says.

But there are creative advantages too, like the unique mental encyclopedia Jody obtained which was shaped by growing up in Australia and the sheer fact he was many steps out of his comfort zone.

“When you leave your home in pursuit of your passion, there’s a mentality that goes with it, it’s a constant reminder to put in the effort and make the most out of it.” 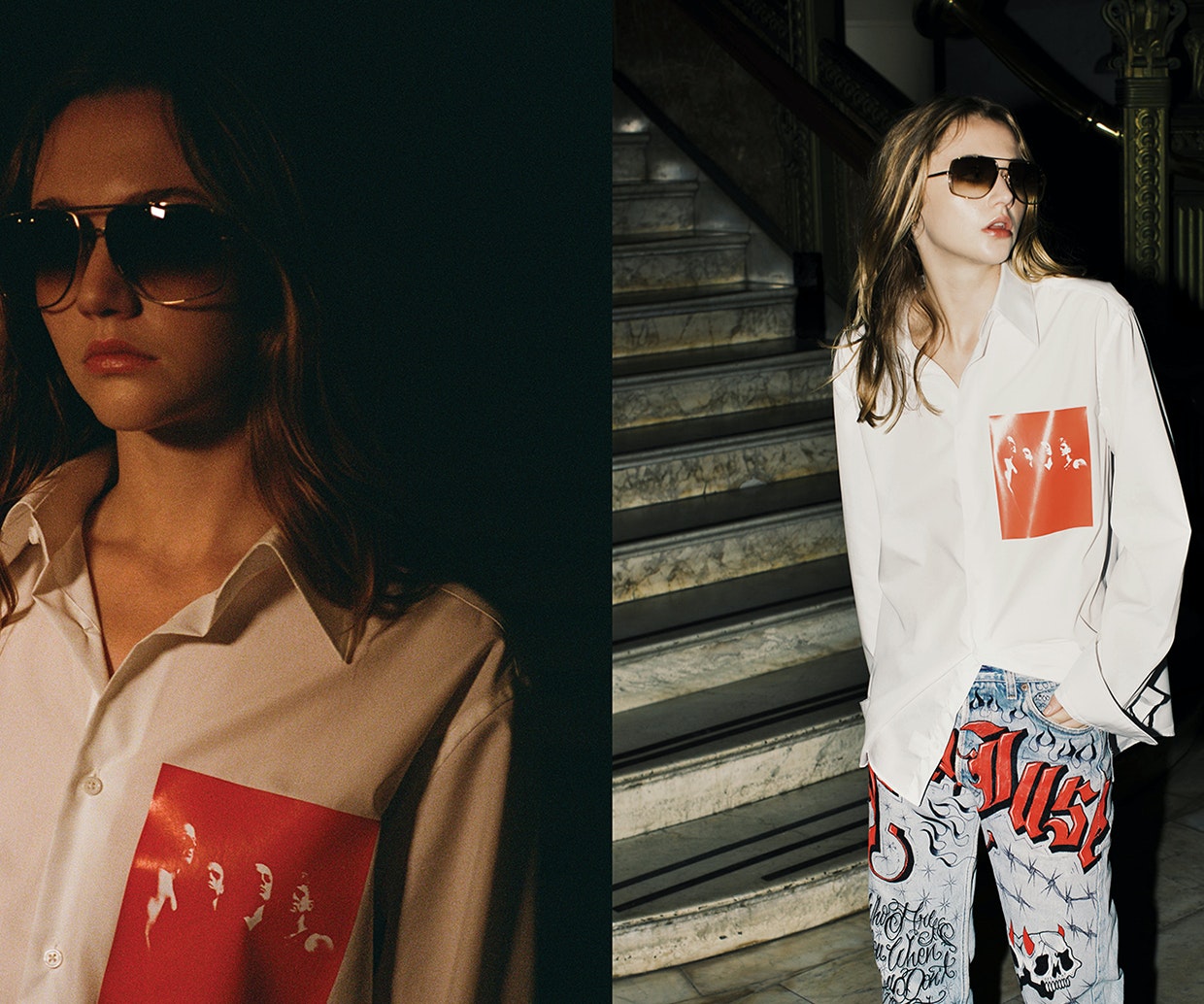 While his brand Jody Just has been kicking around since 2016, a side project at the time that allowed Jody to develop his skills in graphic design and photography, he decided to formally build it into something big in 2019.

“It was never about money or trying to be known in any way, it was always about connecting with people through design and communicating a part of myself through a physical item or digital presence,” Jody says.

“The brand has evolved massively and become a reflection of my outlook of the world over the years.”

However, starting your own business and being your own boss, doesn’t come without its own set of challenges, says Jody.

“Getting used to being uncomfortable and taking a bet on yourself to succeed is a challenge. When you pour all your money and then some into a startup brand that relies solely on you to create the work and success, it can be daunting.”

For Roman, Jody Just is a vessel for expression whether the message is good or bad. The brand itself is a pastiche of his childhood, adolescence and adulthood, a culmination of life experiences and zeitgeist moments that have stood the test of time. And while the label is an extension of Jody himself, the beauty of his craft has also brought about a number of lessons.

“You need to be patient and don’t be too hard on yourself. We’re conditioned to be scared of failure because of what we think others will think of us or what we’ll think if this bet we put on ourselves doesn’t pay out straight away,” he says.

“I’ve learnt that consistency is key and cultivating a community of people (not just online) around your body of work is important for organic success and extremely emotionally rewarding on all levels.”

“Being authentic to myself and enjoying the work is also really important to me. It’s easy to get jaded or fall into a trap of only producing as a means to an ends or creating content not art,” Jody adds.

“I just want to make things that I like and express my point of view, which hopefully others can align with and get down with but even if I stopped selling today, I’d still design and that’s what’s important.” 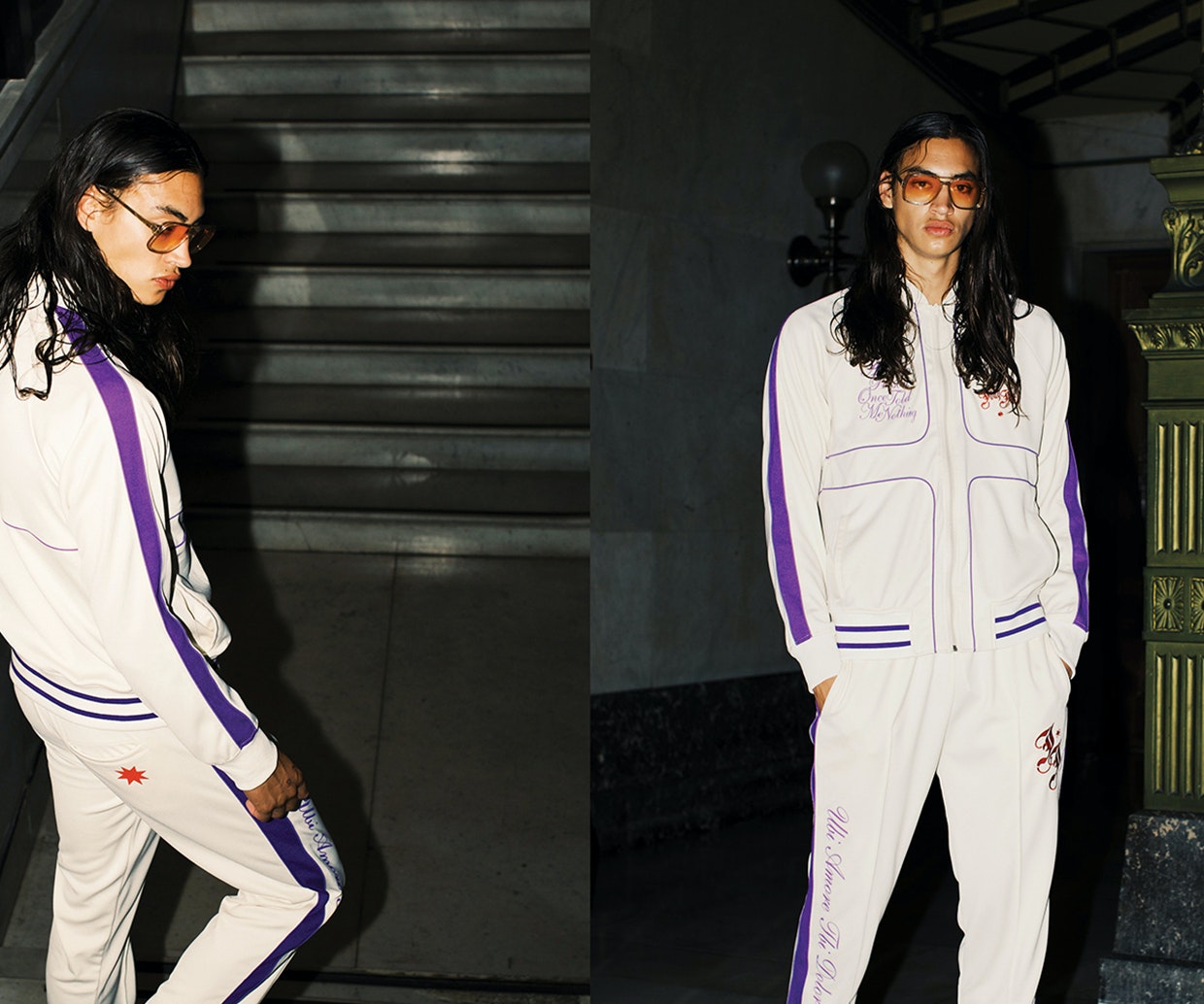 As for Jody's final piece of career advice when it comes to forging your dream gig:

“Be relentless and keep an idea of where you want to be in the market and what success means to you but don’t get stuck in your ways because being able to pivot is so important! Everything takes time and there might be some gold paved side streets to go down but stay focused and opt for longevity over short term hype.”

Looking for more ways to be inspired? Jump right over here for more profiles from the Getting The Gig series.