For most of us, 2020 turned out nothing like we’d planned. Riddled with false starts and cancelled events, our usually jam-packed social calendar suddenly fell silent. But now, with the silly season fast approaching, lockdowns lifted and gatherings allowed once again, it looks like we finally might be able to give this god-forsaken year the proper send-off it deserves. And we don't know about you, but after everything last year threw at us, we’ll be hitting that dance floor hard this year.

So, in anticipation of the kind of summer packed with festivities that we’re all in desperate need of, we’ve teamed up with Vodka Cruiser to brainstorm the best ways to get psyched for your next shindig and ensure you kick-start the evening the right way. Because let’s face it, sometimes the greatest memories are made before the night even starts. Irrespective of the size or style of your bash, we’ve come up with some stellar tips and tricks to dish out the vibes and party like it’s, um... 2019?

It’s no secret that a playlist to match the mood can make or break an event. So to safeguard yourself against playing the wrong tunes, instead enlist the help of your guests, so that you’ll end up with non-stop bangers. Like a mini Hottest 100, get each person to choose their top song of 2020. Give them a few weeks to mull over the important decision, and enforce a strict no-sharing policy until the big reveal. On the night, everyone takes turns to play their number one to the rest of the room—but there’s a catch. If you’re feeling anything like us, you’ll be itching for an occasion to let your hair down and have a good ol’ fashioned groove on the d-floor, so we’ve made that even easier for you. As your song plays, you have to use the opportunity to show off your best moves before everyone else joins in. Borderline too old for TikTok but bummed you’re missing out on all the twerking fun? This is like the perfect compromise—an excuse to throw your inhibitions out with 2020, and demonstrate how well you’ve mastered the 'WAP' dance.

One of the best parts of a party is the palpable anticipation. To really push the pre-party hype into overdrive, include your guests and BFFs in the planning with a party theme poll. Once you’ve landed on a theme, go OTT on the invite and create a Pinterest mood board for inspo, getting everyone involved with their most outlandish ideas and pics. From there, team the theme with every aspect of the party, for example, if you’re thinking ‘Bad 80s prom’, then make sure the playlist is chockablock full of Phil Collins, Richard Marx, George Michael and Belinda Carlisle. Serve retro canapés like cob loaves, prawn cocktails and vol au vents, and don’t skimp on the hair spray or scrunchies. 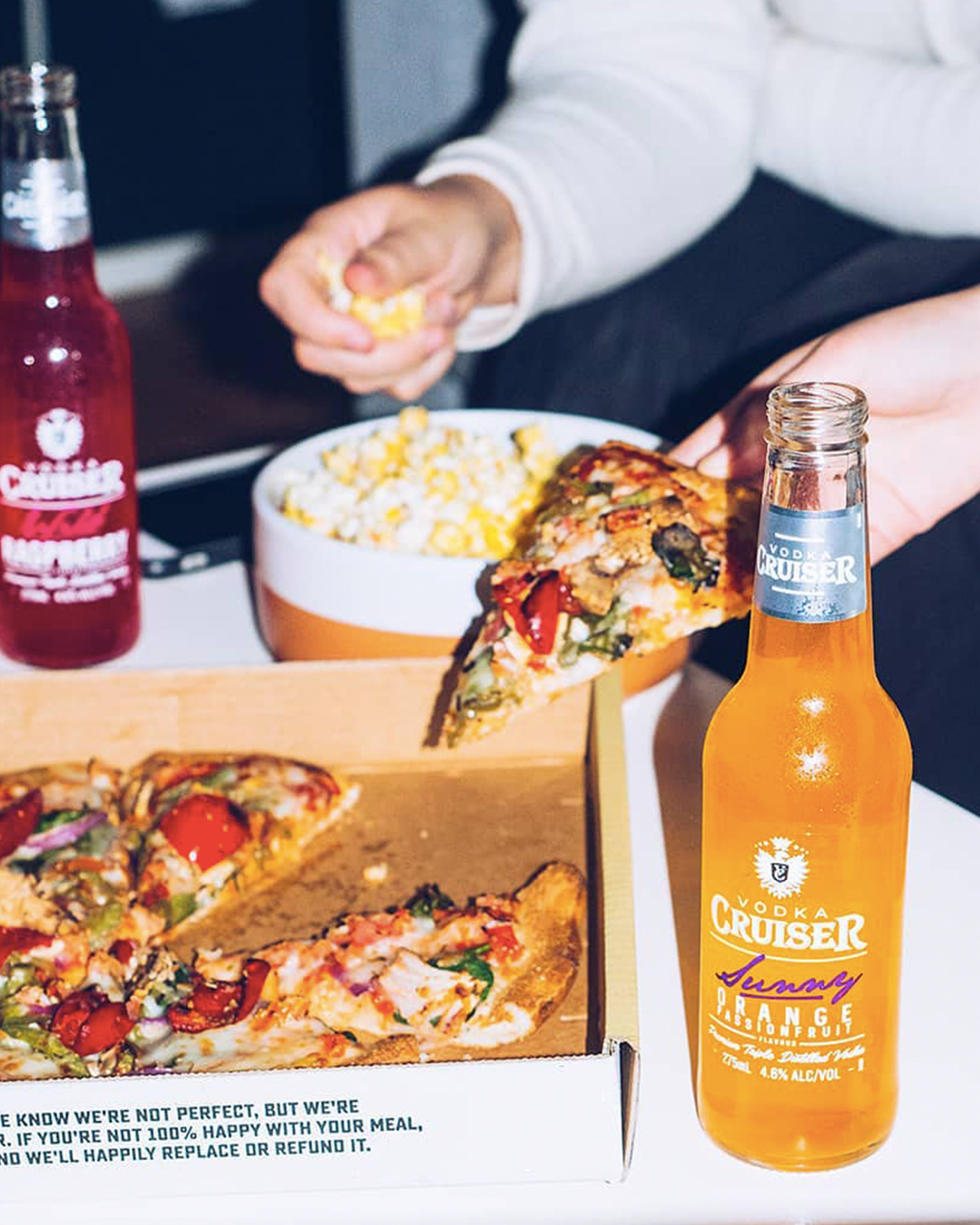 If 2020 taught us anything, it’s that there are shocking numbers of sourdough-making, crochet queens amongst us. Now that we’re post-lockdown, most of us aren’t still baking bread from scratch or doing 3000-piece puzzles on the reg, however, at the time, most people were actually surprised by how much they enjoyed getting a bit crafty. So why not make use of those skills garnered over iso, and combine them with your next party? Before the day, discuss who’s good at what – and work out which DIY activities you can easily prep for. Anyone with a talent or vague level of proficiency can run a mini-workshop, be it for tie-dying t-shirts, making a slightly wonky clay pottery vase, perfecting the art of pasta or reliving your 90s childhood by creating kitschy-cute beaded bracelets (BYO butterfly clips). Even better, your guests get to head home at the end of the night with a kickass party favour that will remind them of your epic event every time they use it.

Create Suspense With A Mystery Location

Fact: everyone loves a surprise. So what better way to crank up the suspense than by holding the party at an undisclosed spot? Once you’ve decided where it’ll be, get super creative with a bounty of clever riddles and clues—some images and some text, which you can drop into the group chat in the lead-up to the main event. These little tasters will tantalise the guests, and instantly generate hype and prompt conversations about the bash long before it even happens. And once the secret’s out, get to work coming up with a group hashtag, so that all the magic, memories (and mishaps) from the party will be consolidated in the one place.  We know, we know, #’s are more readily used by Boomers, but as dorky as they are, they’re also kinda useful.

Turn Up The Heat With A Recipe Swap

If a slightly civilised dinner party is more your vibe, then we’ve got the perfect proposal to take the pressure off the hardworking host, at the same time as getting all your mates involved in the planning—because let’s face it, cooking a feast for 15 of your besties can be more of a trial than a treat. Instead, spread the love around, and build the buzz by organising a meal swap with a twist: everyone has to choose a recipe for someone else to make. Start a group chat, and pair people up at random. From there, everyone can trawl Nigella Lawson and Jamie Oliver’s websites, or revisit their granny’s much-loved Commonsense Cookery Book to select a dish (keeping in mind you’ll actually end up eating it, so nothing too on the nose, please). Everyone supplies their partner with the recipe, and it’s totally up to the individual as to if they want to test it out in advance, or throw caution to the wind and wing it on the night. You might end up with a random assortment of mismatched dishes, but that will only serve to make the ‘do all the more funny and frivolous. Trust us: the results will be hilarious, if not exactly delicious.

Be Brave With The Guestlist

2020 has been pretty rough for a bunch of different reasons. For many people, they’ve spent long periods of time alone and away from their usual network—some separated from mates and far away from family, and others still getting used to the lack of office chitchat with colleagues while working from home. So now that we’re back out and about, there’s no better time to extend an invitation to someone that might be looking for more social interactions. Encourage all of your buddies to bring along a person they don’t know especially well, or who isn’t part of your usual crew. Maybe they’re your barista, maybe you’re in the same Pilates class, whatever. Throw the carefully curated guest list out the window, and get to know each other over a drink or two. Social butterfly or not, we promise that after a bit of banter and boogie, you’ll be stoked to have opened yourself up to extending your friendship group, and maybe even to have brought a bit of sunshine to someone who’s had a lousy and lonely year.

We all have at least one friend who’s a DJ (or would at least like to be), and at least a few who know their way around a guitar, and with the love of live gigs at an all-time high—due to the complete lack of them—leverage your friends’ skills and turn your living room into an intimate gig. Everyone loves an opportunity to be the centre of attention for a little bit, so do a shout-out to the gang and get ‘em on the decks or plugged into the amp. It doesn’t matter if you end up with an eclectic mix of genres either (although try and avoid too many people playing bad renditions of Oasis’s Wonderwall), everyone’s in dire need of a groove, regardless of if it’s their usual choice of music or not. An added bonus is that everyone will be thinking about the party plenty of time before the night-of since the performers will need to plan and practice their setlists. A few days out, release the line-up to make sure the buzz hits fever pitch!

There’s always a party starter within every group—so to the bringers of big vibes, we’re toasting to you. Ready to add some flavour and colour to your next party? Share a Vodka Cruiser this summer.

Editor’s note: This article is sponsored by Vodka Cruiser and proudly endorsed by Urban List. Thank you for supporting the sponsors who make Urban List possible. Click here for more information on our editorial policy.