Why Being Trans Feels Both Beautiful And Dangerous

I’m laughing in a tyre shop with my partner. We’d rather be drinking spritzes, but one of the tyres on my rundown Suzuki Swift has become a husk of a rim. Jess is joking about how our overtly queer aesthetic as a couple would explain the mechanic’s dirty looks and patronizing tone. “He probably doesn’t know what to think of us,” they say.

The mechanic returns with my keys—he’s fixed the tyre, but refuses to take any money. “This one’s on the house, for two lovely ladies,” he says with a wink.

This isn’t uncommon—to be non-binary is to expect this kind of misgendering daily. The mechanic’s words are among the least violent about our gender we’ll hear this week. Jess and I joke how his misogyny and accidental transphobia at least got us a free tyre.

Trans Awareness Week is celebrated from 13 to 19 November. It aims to raise the visibility of our community and discuss the issues we face. It culminates in Trans Day of Remembrance on 20 November, where we commemorate the countless lives lost to transphobic violence and bigotry. 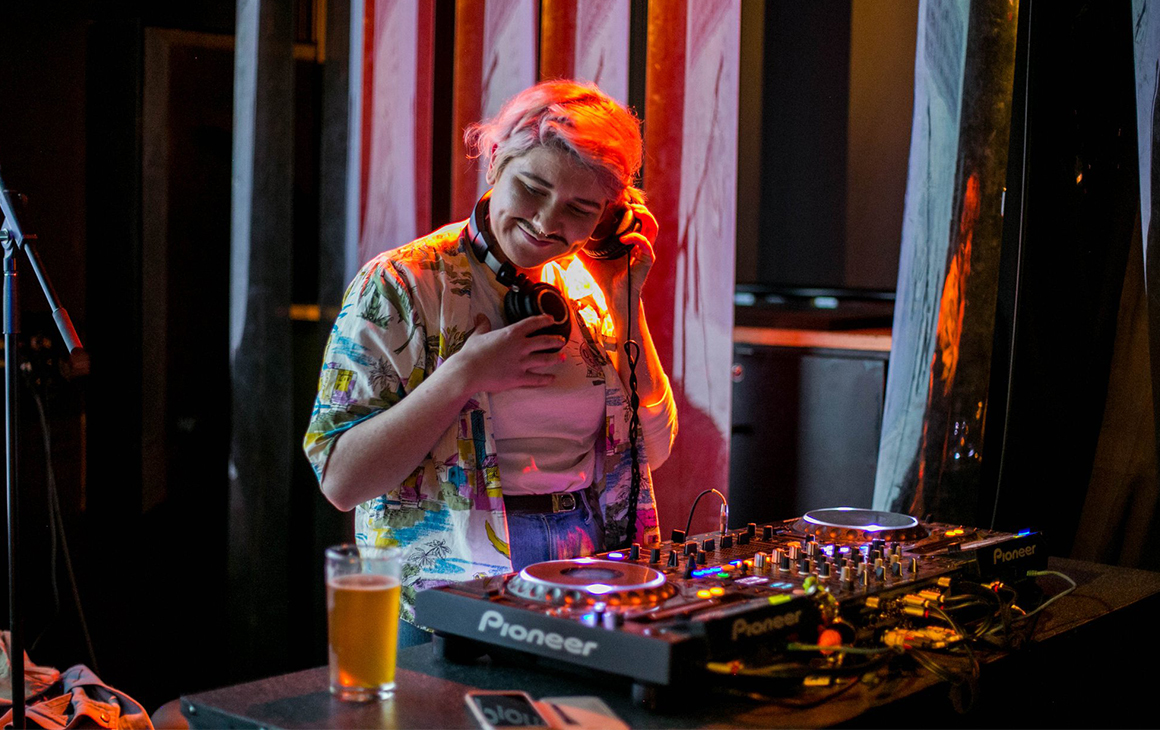 I’ve been asking myself this year what it means to be visible as a non-binary person. To be visible in my transness is to pull up the mechanic, the barista, the receptionist, my family, every time they misgender me. To choose that visibility means I’m choosing anticipatory anxiety. At best, I could get an apology. At worst, I could get a tirade eviscerating the very existence of my gender.

To be visible means to scroll through Instagram and see trans icons like Alok Vaid-Menon, Demi Lovato, Elliot Page. But that visibility also means to see countless throw up emojis or copypasta ‘apache helicopter’ comments that supposedly aged out in 2012.

To be visible is to actively engage with, and speak on, the things our community faces. It’s to encourage allyship and understanding. To choose that means you know the stats like the back of your hand—that trans folks between 14-25 are fifteen times more likely to attempt suicide than the genderal population. That over 57% of trans folks over 18 years old reported having had a diagnosis of depression in their lives.

It means to understand why Trans Day of Remembrance is important—to know how many trans people, overwhelmingly trans women of colour, lose their lives to murder. Around 350 trans people were murdered last year alone. And that’s just those who are reported on.

In 2021, it’s still dangerous to be trans. Yes, things are changing—but being trans means scrolling through the internet and wondering what dumpster fire transphobia we’re about to face. Whether “the trans debate” will be back in the news, despite the "debate" simply being the very existence of a diverse community who have been around forever.

It’s often said (by my friends) that being trans feels like navigating a world that wasn’t made for us. But that very sentiment often means we create a world for ourselves.

On a particularly sad day, I was with a best friend drinking wine. She spoke about the exceptionally hard week she’d had facing transphobia at work. As we lay and chatted, she talked to me about the books and shows she’d been enjoying to feel connected to her community.

“I’ve been reflecting on how beautiful our transness is,” she said. “It’s so powerful.”

“What a gift it is to be trans,” she added. I felt the words shoot into my heart.

Being visible and proud in your transness means taking a step toward a community who will celebrate you. It’s to find a family that will uplift you, possibly more than your blood family ever could. 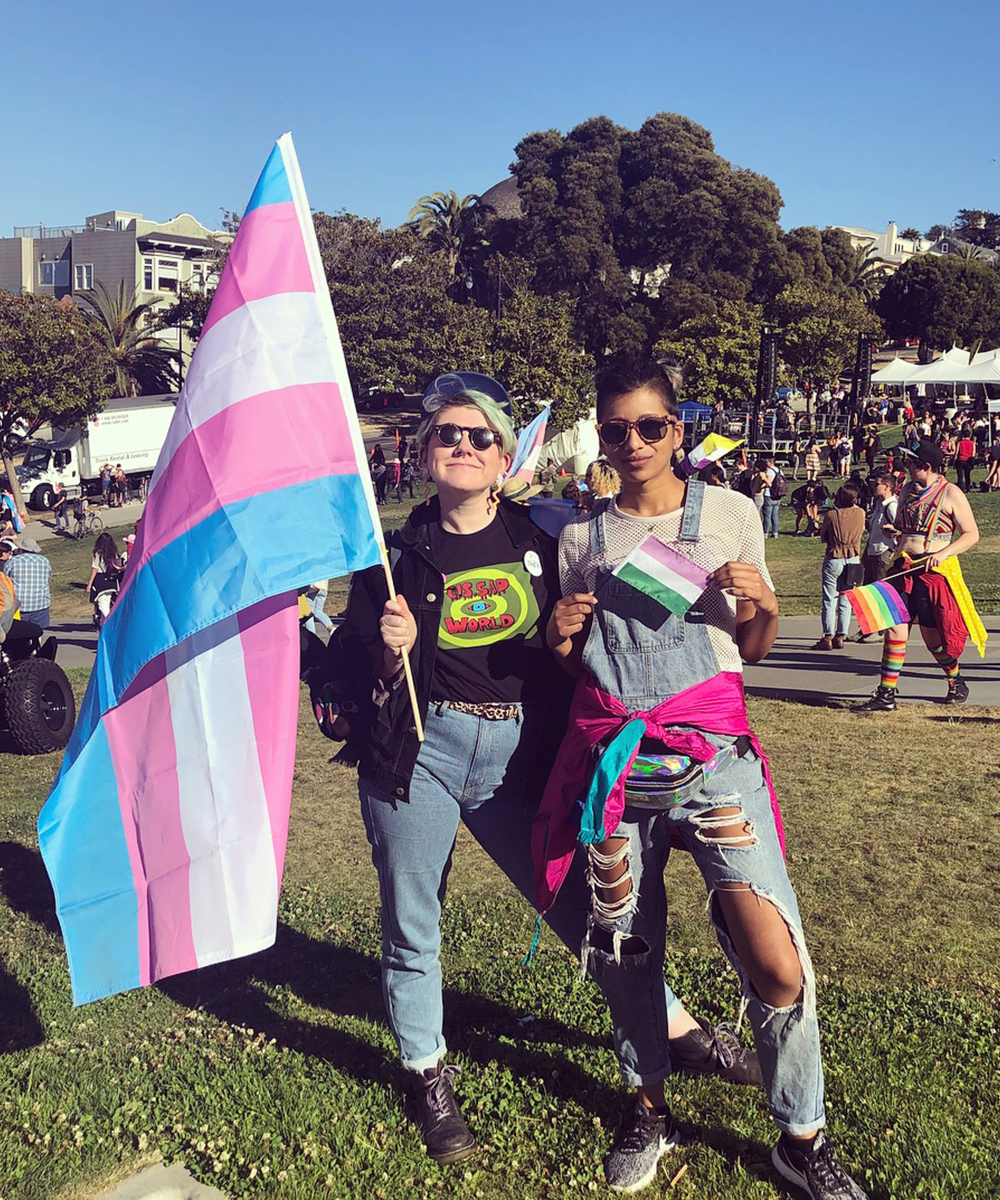 It’s to know that your trans community has always been here. It’s to know how our stories are rich and exciting and powerful, even if they aren’t in the history books. It’s to see Elliot, Alok and Demi on the internet and feel immeasurable pride and connection, despite what the close-minded transphobes think.

It’s to live in a celebratory trans share house and to love your trans friends loudly. It’s to donate the same $50 to each other’s gender affirming surgery fundraisers, to rejoice in trans art and burst with excitement recounting experiences of gender euphoria.

It’s to knowingly and lovingly hold the hand of your trans partner when you get a free tyre for the wrong reasons, and hours later, laugh about it over a spritz.

Here's how you can be a better trans ally.