10 Of The Best Vegan And Vegetarian Burgers In Brisbane

For the longest time, vegans were deprived of the chance to bite into a big fat juicy burger that wasn’t entirely comprised of mushroom, or perhaps a dry chickpea patty (if they were lucky). This was until some geniuses out there decided to experiment with alternatives and came up with some delicious plant-based options to drool over.

Brisbane’s vegan scene is thriving, with this list only skimming the surface of what’s on the menu for our vegan friends. Here are some of the best vegan burgers in Brisbane, from your classic cheeseburgers, to more out-there creations—pesto schnitzel stack, anyone?

All of your vegan dreams have been answered in the form of the pesto schnitzel and satay tofu burgers at Yavanna. As a completely plant-based business, Yavanna is all about taking the vegan revolution to new heights—particularly in the form of their burger creations. Make sure you get a side of vegan poutine—it may just be better than the real thing.

Lord of the Fries

Brisbane has patiently waited for this moment to arrive and it’s finally here. Lord of the Fries has arrived on Brisbane shores, bringing everything from your typical vegan burgers to more unusual options like the Aussie pub classic parma burger, stacked with a chick’n schnitzel patty, house-made Napoli sauce, cheese, bacon and diced onion. No, we’re not confused—it’s all vegan baby.

No mooing happening here, just oohing after taking the first bite of a Moo Free burger. After making your choice from the massive burger menu, including burgers with names like ‘Don’t Be Mean, Be Green’ and ‘Aussie Mama,’ don’t forget to order a side of chips. MooFree says they’ve got the best in the biz, so it’s time to put that claim to the test.

You know what goes well with burgers? Buffalo wings. Burgertime 69 has options for everyone, including four vegan burger options and sides of vegan buffalo wings. What will they think of next? Taking the words straight out of their mouth, Burgertime 69’s vegan shakes and burgers bring all the boys to the yard. 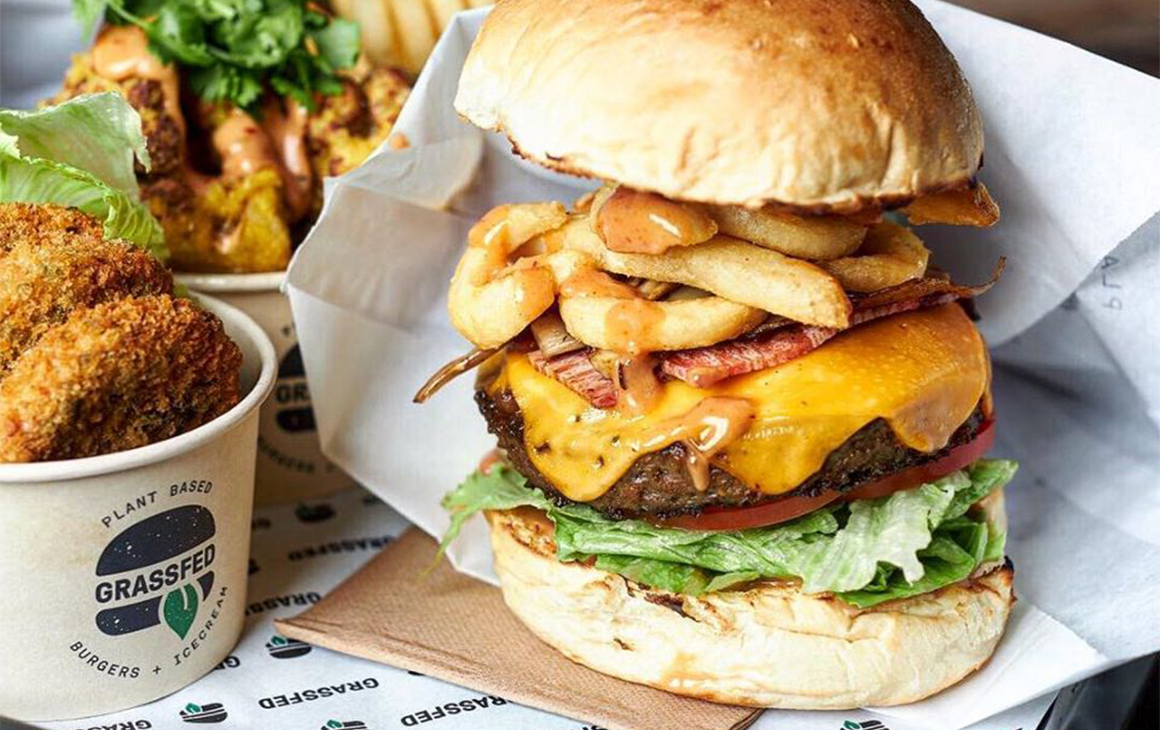 Leave feeling well and truly satisfied after chomping down on one of the many burger options at Grassfed. Their philosophy is ‘only the best for the plate and the planet’ and we agree that their food is the best for both your burger cravings and the environment. Sample one of their vEEF patties on the Aussie burger, complete with vEgg, cheese, pineapple, beetroot, pickles, red onion, aioli beetroot sauce.

Located in the cafe precinct at New Farm, Dicki’s offers a heap of plant-based dining options including two different burger options. Choose from the BBQ jackfruit burger or Dicki’s classic burger that sandwiches a house-made mushroom patty with vegan cheese, lettuce, tomato and dill pickles and enjoy the shoestring fries and aioli on the side. What a bonus.

It’s not all greasy late night feeds and fried rice in the Valley. There’s a heap of vegan dining options in this part of town, including the glorious burgers options at VeganBurgz. Our top pick? It’s got to be the ribwich, featuring house-made vegan beef ribs with signature smoky BBQ sauce. Even Homer would be drooling over that. 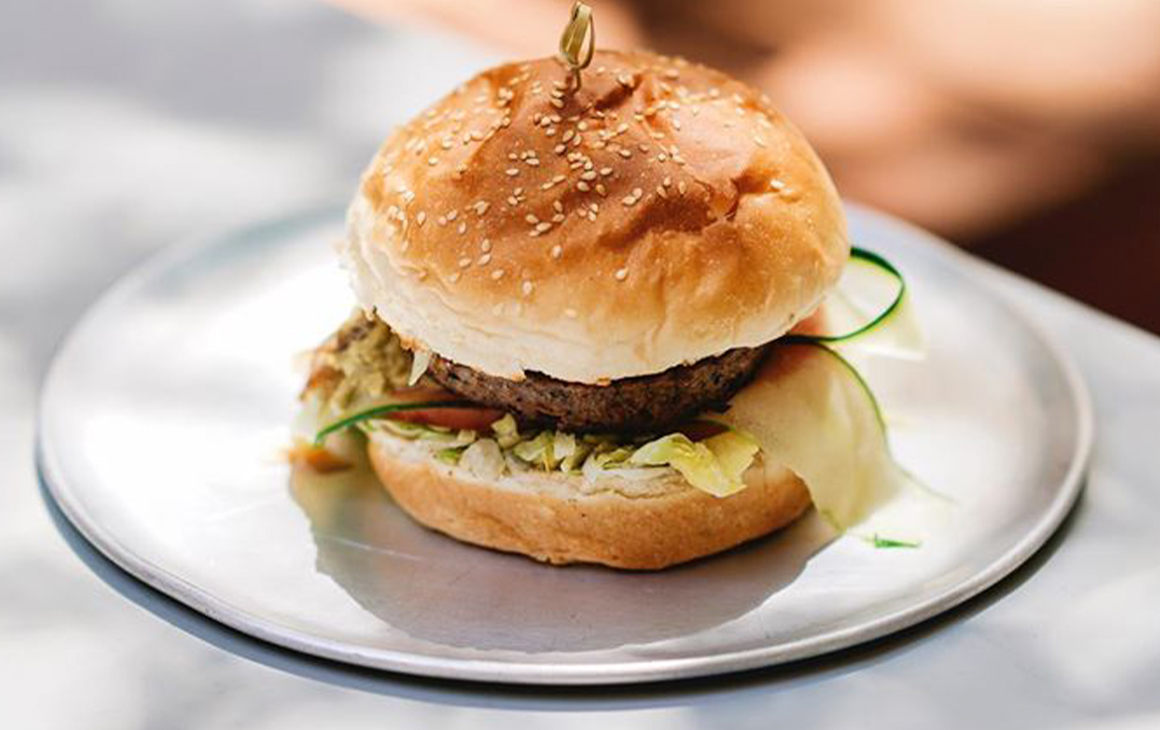 The coolest joint to head for a feed, this New York inspired eatery and bar is one of Brisbane’s best laneway eateries. But Red Hook hasn’t forgotten the vegans out there—the RZA combines a vEEF patty with cashew ranch dressing, onion jam, cucumber, lettuce and tomato for one of the tastiest vegan burgers this side of NYC.

Like a man cave, but way better, Netherworld combines drinking, dining and a collection of gaming relics from decades past, including pinball, board games and more. But if you’re hungry, it’s the Hellmouth Diner you should be heading for, where you can wrap your hands around The Swamp Thing—vegan Southern fried chicken combines with cheese, a hash brown, chipotle mayo, lettuce and tomato for a monster of a feed.

Burgers and beers go hand in hand, so when Brewski combined the two it made for a perfect weekend feed. Wash down one of their delicious burger options with one of their 12 rotating beers on tap. It’s the best of both worlds, particularly if you’ve opted for their mac ‘n’ cheese burger, piled with a beefless pattie, facon, mac and cheese, cheddar and cashew aioli on a maple toasted bun.