The Year of the Tiger is upon us, which traditionally brings a year of much-needed change, risk-taking and adventure (sounds alright!). If you’re all about attracting good luck and fortune by celebrating the Lunar New Year, check out these culturally enriching events happening in Brisbane.

With lion dances at 12:30pm and 6:30pm, cherry blossom tree and lantern installations to explore, and nightly light shows, there’s no better spot to experience the Chinese New Year than at Brisbane Quarter. Did we mention the a la carte menu and special banquet available at yum cha must-try Brisbane Phoenix? Featuring festive dishes like braised lobster with ginger and shallot and crispy skin garlic chicken, the group banquets start at $888 (a lucky Chinese number!) for six people, so grab those chopsticks to welcome in the Year of the Tiger.

BrisAsia Festival is returning in February for its tenth year celebrating the art, culture and cuisine of Brisbane's diverse Asian communities at more than 50 events spanning three weeks. Kicking off the celebrations is the Hội chợ Tết Vietnamese Lunar New Year ceremony celebrating the arrival of spring in the Northern Hemisphere, followed by a launch party at Fortitude Music Hall. The theme of this year's festival is ‘connection through culture’ and includes live performances, fireworks, dragon and lion dances and intimate cultural encounters across both traditional and contemporary art forms.

Where: Select locations across Brisbane

When: Saturday 29 January and Tuesday 1 February

Specialising in East-Asian cuisine with a love of Chinese tradition, Southside is celebrating Chinese New Year with a feast to remember. Their banquet will set you back $88 per person (or $158 per person with a two-hour beverage package, including cocktails!) and includes items such as Sichuan tuna tartare, scallop har gow with black caviar and candy apple with cinnamon and rock sugar. Don't miss the lion dancers as they make their way through the restaurant, and adjoining bar Kiki, at 7:30pm on the Friday and Saturday. 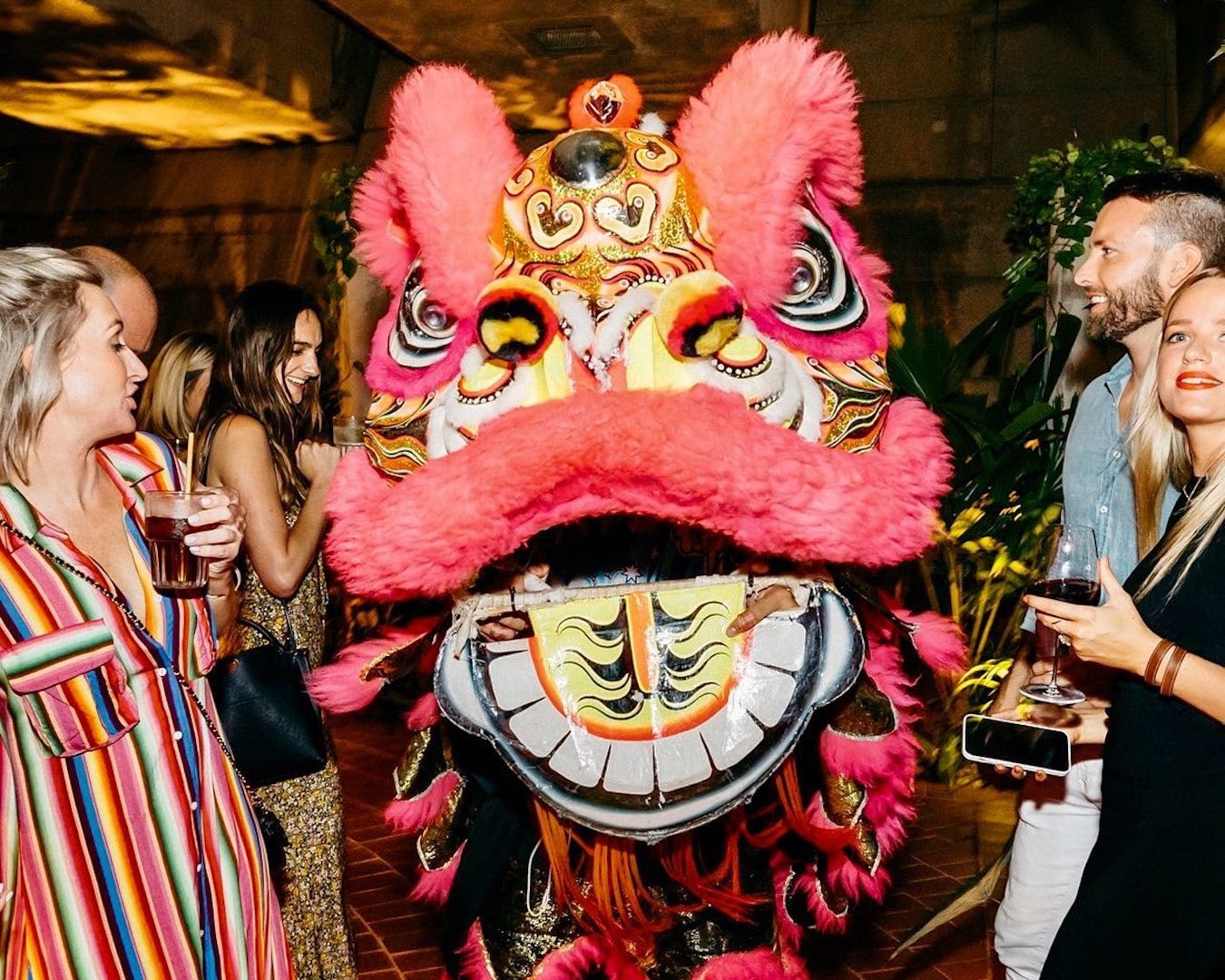 As Brisbane's central hub of Asian culture, Fortitude Valley's Chinatown, Brunswick Street Mall and Bakery Lane will be hosting an array of cultural celebrations and entertainment. Expect roving lion dancers, a lion eye-dotting ceremony, traditional Korean musical performances and even firecrackers! While you're immersing yourself, round out the experience by booking in for dinner at one of the Valley's many Asian restaurants celebrating the Lunar New Year.

If one night of celebrating isn’t enough, Treasury Brisbane is celebrating across their restaurants Fat Noodle, Mei Wei Dumplings and The Lab throughout February with festive flavours, lion dances and wishing trees for you to enjoy. Enjoy a five-course banquet at Fat Noodle including half roasted duck, xoi xeo ga and scallop salad or celebrate at Mei Wei with their scrumptious banquet for two featuring honey sesame prawns, lap cheong fried rice and green tea brûlée. Downstairs at The Lab, you can settle in for a Tray of Togetherness high tea laden with sweet and savoury treats each weekend in February for just $50pp.

Celebrate the Chinese New Year all week long with Donna Chang’s modern Chinese banquets alongside lion and dragon dances as they spread extra prosperity and luck for the year to come. For $128 per person, guests will enjoy the likes of snapper sashimi with native lime and chilli dressing, tea-smoked duck with pickled cabbage and mustard and steamed southern rock lobster dumplings. The celebrations will be running from Tuesday 1 February until Sunday 6 February with entertainment gracing the restaurant on the Friday and Saturday.

Lunar New Year at The Terrace

Welcome in the Year of the Tiger with a two-hour unlimited dim sum and beverage package at The Terrace atop South Bank's Emporium Hotel. Serving up prawn and ginger dumplings, steamed pork buns and fortune cookies, the unlimited dumpling banquet is served alongside cocktails like The Spring Blossom with baijiu, lychee, green fir tree bud liqueur and verjus or the Cai Shen Dao! made with sugarcane spirit, rosé vermouth, grapefruit and lemon myrtle for $80 per person. There'll also be traditional dragon dances to get you in the Chinese New Year spirit.

Where: The Terrace by Emporium Hotel, South Bank