Lucky for you, kebabs and hamburgers are no longer the only options to turn to in Perth when you need to level out all the booze you've consumed. From sticky lamb ribs to Vietnamese street food, there’s a world of options for late night eats in Perth right at our fingertips.

Here are some of Perth's best late night eats.

One of the oldest but still one of Perth’s best late night eats joints, head to Alfred’s Kitchen for a late night burger and a pea and ham soup. Then hang by the firepit with the rest of the vampires. 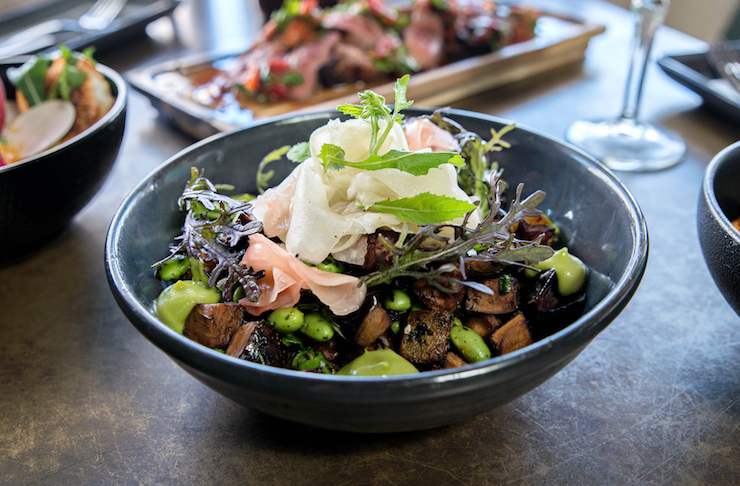 Serving a spread of international wines, share plates and main courses well into the evening, Vin And Oli’s late night license is just another good excuse to hang out for longer in this beaut space. From tiger prawn spaghetti to Cubano sandwiches, it sure beats the humble kebab.

Spoiling you with everything from the KFC (Korean fried cauliflower), baked goat's brie or turmeric and coconut fish curry until midnight every night except Sunday—what’s not to love about The Standard when you can eat like a king without a curfew? 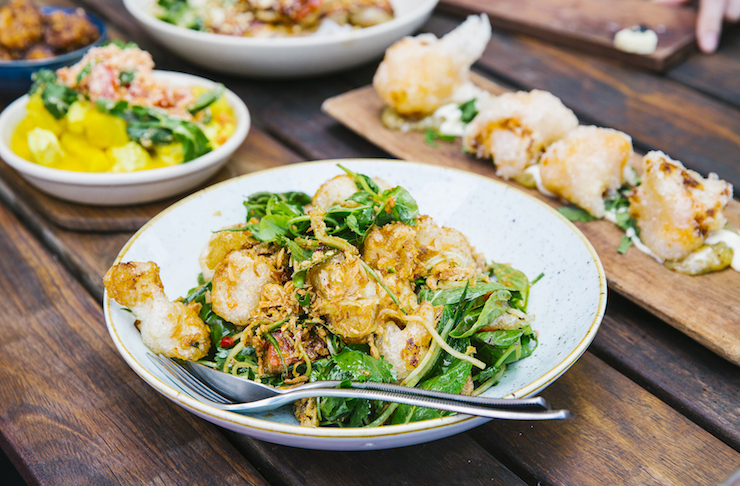 The perfect post-post-work-drinks spot, you can head to Helvetica to knock back a whisky on the rocks, or you can just order the black Angus beef party pies and a pulled pork toastie and call it a night.

Perth’s answer to Little Mexico, La Cholita make tacos, quesadillas and tequila happen late into the night, every night of the week. The perfect option for those that have a penchant for eating Mexican past 10pm. 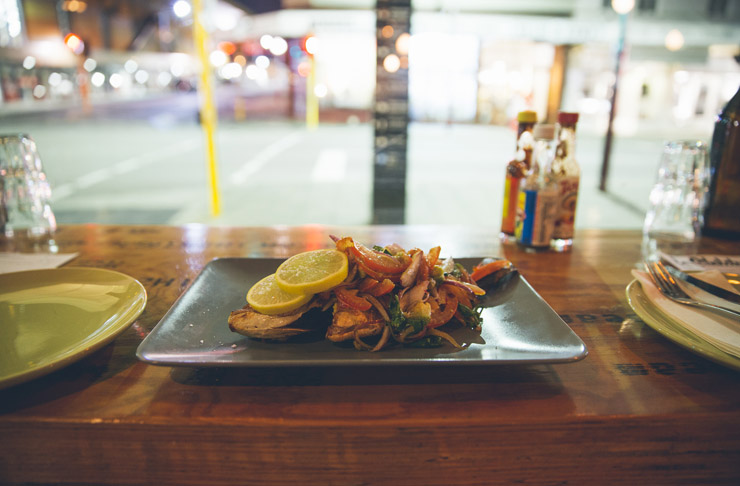 This NY Style Deli, meets Spanish Bodega, meets cocktail bar makes late-night eats easy with their in-house butcher and baker on hand to bring quality nosh to our plates well past 10pm. The Flour Factory also has the largest gin collection the CBD’s ever seen.

Open until 2am Wednesday through Saturday, Halford Bar is brimming with old-world elegance that’ll have you feeling like a character out of 007 in the 1950s—from classic martinis to cocktails with toasted marshmallows, you'll want to pair one of those with a jaffle. 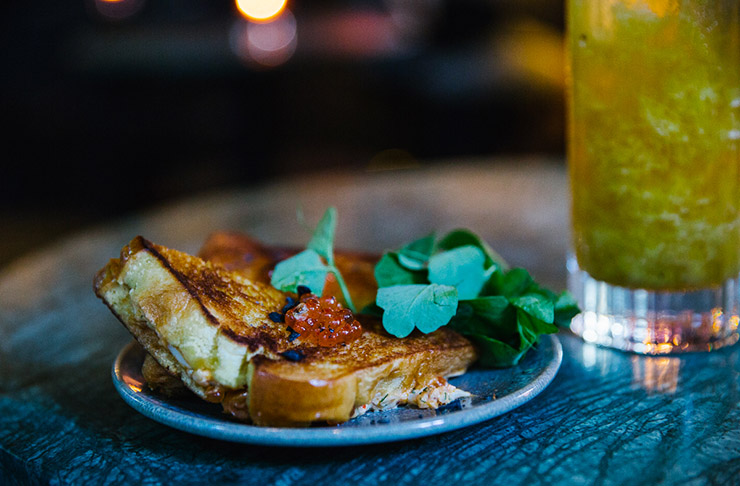 Step beyond the unassuming doorway and you’ll find a foodie's paradise. With amazing wine and timeless drinks, Shadow Wine Bar offers an incredible European dining experience, served late into the evening as it was meant to be.

This might just be Perth's best late night eats secret. Who knew that U&I Cafe was dishing out pho and other goodies 24 hours a day?

For braised brisket, southern fried chicken wings and the greatest whisky selection ever, Varnish on King is our go-to American style basement bar for some late night indulgence.

Billy Lees is pretty much like any good late night foody call—you can walk in at almost any hour without even calling ahead. Good ol’ greasy Chinese food awaits you and it's BYO too.

If you find yourself in Fremantle late at night, Little Creatures has you covered for when you get those night munchies. Smash a wood fired pizza and don't forget the frites. 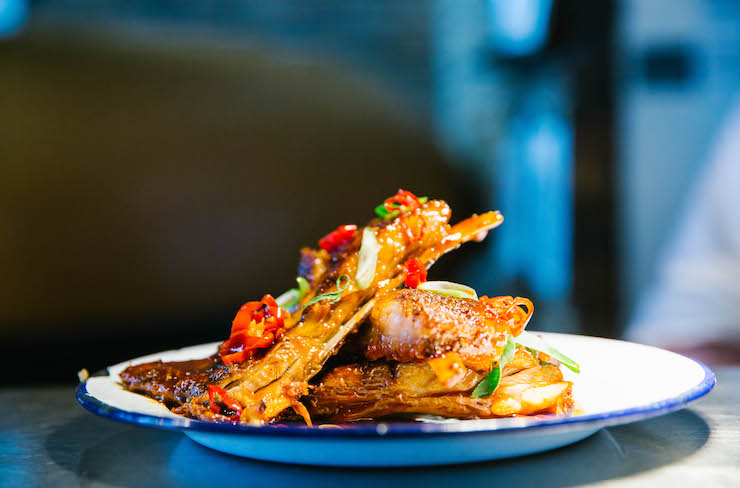 Tasty and affordable late night Asian fare is on the cards at 88 Noodle Bar at Crown Casino. Slurp up some noodles and enjoy that fresh oxygen being pumped in across the gaming room floor. Open until 2am on Friday and Saturday, midnight from Monday to Thursday and 11pm on Sunday.

If you’re on the hunt for something a bit fancier then look no further. Balthazar’s carefully curated menu and extensive wine list are the perfect combo for a little late night luxury.

For more late night eats in Perth search Late Night in the Directory!