5 Cool Hotels In Brisbane For Your Next City Escape

We’re calling it, here and now, Brisbane is booming. The Queensland capital has undeniably stepped up its game over the past 12 months with its fresh burst of cafes, bars, restaurants, craft breweries and social events.

Whether you’re simply keen to check out what’s new in the big smoke, hitting a gig, visiting family or celebrating a birthday bash with your pals, one thing’s for sure—you’re going to need a swanky place to stay.

Enter; our list of five cool Brisbane hotels worth leaving the Sunshine Coast for. 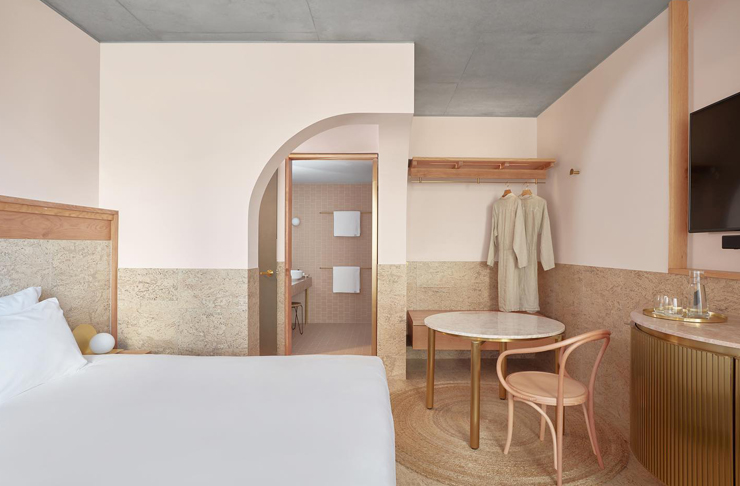 It’s the urban oasis claiming James Street as its backyard, yet something tells us they could’ve dropped The Calile anywhere in Brisbane and it’d still be a success with its effortlessly cool Richards and Spence design. From the moment you arrive at this Brisbane hotel, you’ll be whisked through a minimalistic labyrinth of brick arches, unfinished concrete, cork floors and fixtures of flashy gold. When you’re not out mingling with the James Street crowd, view flicks in your pastel-hued room or kick back in a poolside cabana as Hellenika maintains your steady flow of Greek meals. Reasons to leave The Calile; we can’t think of one. 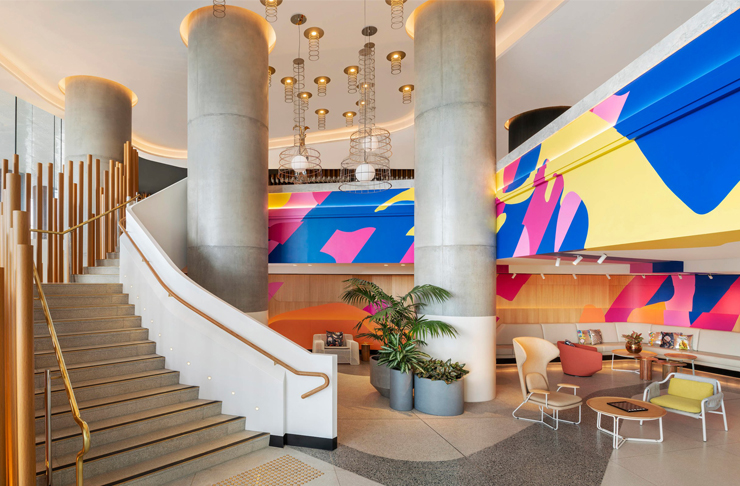 Brisbane CBD was reignited the moment W Hotel appeared with its celebration of quirky Australian art and design, featuring Mechelle Bounpraseuth’s Plate Expectations and Lucas Grogan’s slang plastered walls. W Brisbane has flawlessly adapted elements of luxe laidback living to its large and vibrant rooms, ensuring no detail is untouched by dabs of Aussie cliché-cool (we’re talking about the vegemite branded cushions and boomerang-shaped tables, people). When tucker time rolls in, Three Blue Ducks serve up the goods with their paddock-to-plate feasts, but if it’s a party starter you’re after, head swiftly in the direction of poolside WET® Deck bar for drinks garnished with unmissable Brisbane River views. 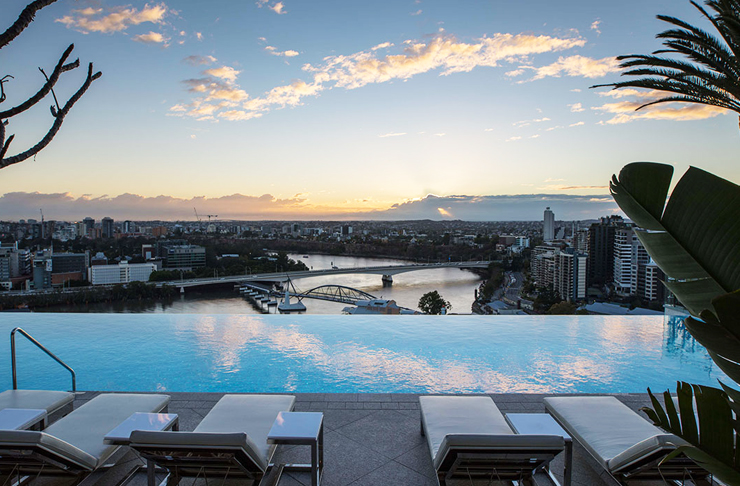 Out-of-towners looking to live it up for a few days, look no further than the Parisienne decadence of South Brisbane’s Emporium Hotel. You’ll find 143-suites of French-chic comfort, including cloud-like beds, Bose sound systems, double vanity ensuites and Molton Brown amenities. Collectively, they’re the closest thing you’ll find to Paris in Queensland, minus the hefty transit time. Farewell time venturing through Southbank’s entertainment precinct, chowing down on croissants at onsite patisserie, Belle Epoque or knocking back a bottle of champagne upon South Brisbane’s only rooftop bar. 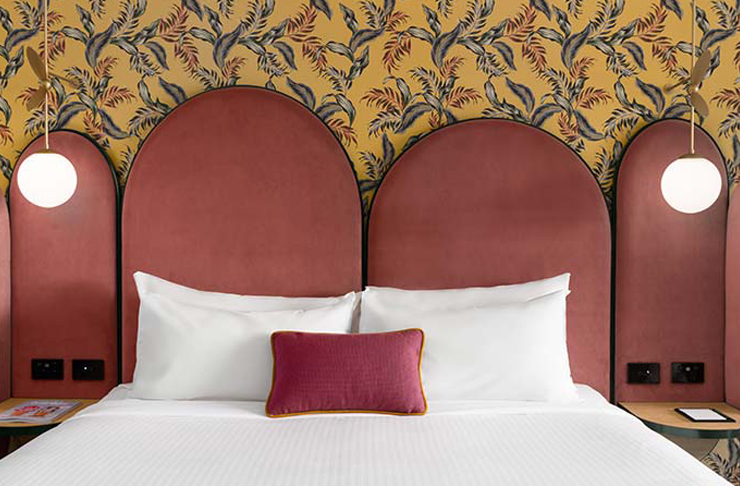 We have a soft spot for any hotel offering freebies,  so take a seat and brace yourself as we give you the low-down on Ovolo’s perks. When you book directly through Ovolo for your next Brisbane stay, you’ll receive free breakfast, happy hour drinks, daily snacks, in-room mini bar, self-serve laundry, 24-hour gym access and super-speed Wi-Fi. Did we mention they’re all free? Stop rubbing your eyes, this is 100 percent legit and freebies aside, Ovolo’s rooms are spot-on with their playful spin to totally compliment the Fortitude Valley suburb in which it lives. 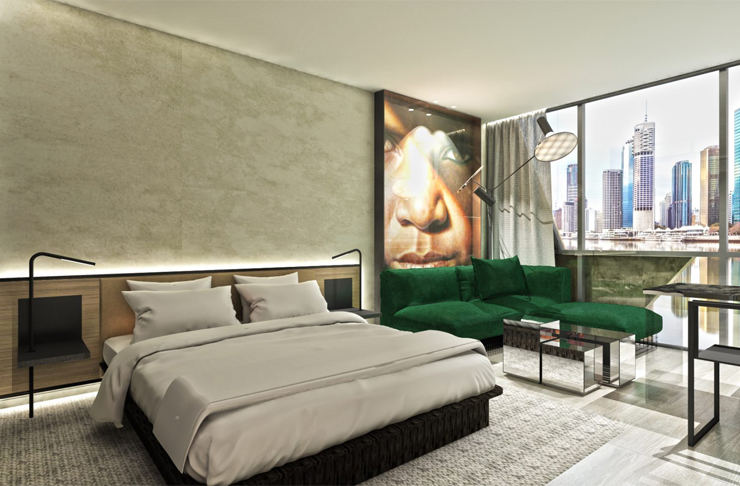 Art Series Hotel Group is back in the game with their latest project to hit Brisbane soil. Opening in late March 2019 and housed beneath the iconic Story Bridge, The Fantauzzo pays respect to Melbourne artist, Vincent Fantauzzo, so you’re likely to spot an original piece or two during your Brisbane stay. Featuring 66 suites across six storeys with rooftop pool, bar, gym and breathtaking views, it’s clear The Fantauzzo has it all. Plus, it’s within strolling distance of the Howard Smith venues we’ve grown to love—we’re looking at you Mr Percival’s, Greca, Arc and Felon’s Brewing Co.

So you've ticked the hotel stay off the bucket list and now you're ready to rough it. Well then, here are the best camping spots on the Sunshine Coast.