Oncore By Clare Smyth Will Open In Sydney In July, Here’s What To Expect

It’s now Sydney’s tallest building, and it’s certainly had a tall share of controversy to go with it. But beyond the twinkling diamond-like façade of Crown Sydney are some of the city’s most impressive new restaurants—and the latest to be revealed is Oncore by superstar chef Clare Smyth.

Slated to open mid-July, Oncore will join Crown’s already wildly impressive line-up of impossible-to-get-a-booking restaurants, like Nobu, Woodcut, and a’Mare. Up on the 26th floor with breathtaking views across the harbour, Smyth will be dishing out a whole new world of fine-dining pedigree rarely seen in Sydney. Like Crown itself, this is high-roller territory, and a dining experience like nothing else.

Trained under Gordon Ramsay, Smyth was recently awarded three Michelin stars in the 2021 Michelin Guide for Great Britain & Ireland for her now-famous Notting Hill restaurant Core, and she is the only British woman and the fourth British chef in history to receive the three-star title. Other accolades under her belt include World’s Best Female Chef in 2018—so yeah, she's kind of a big deal.

"I named my first restaurant ‘Core’ as it is from the heart, a seed of something new, and has strong ties to nature," Smyth explained in a statement. "As the new restaurant will build upon the success of Core, it seems fitting to call it ‘Oncore'—a play on the word ‘encore’ meaning a follow-on performance demanded by the audience.” 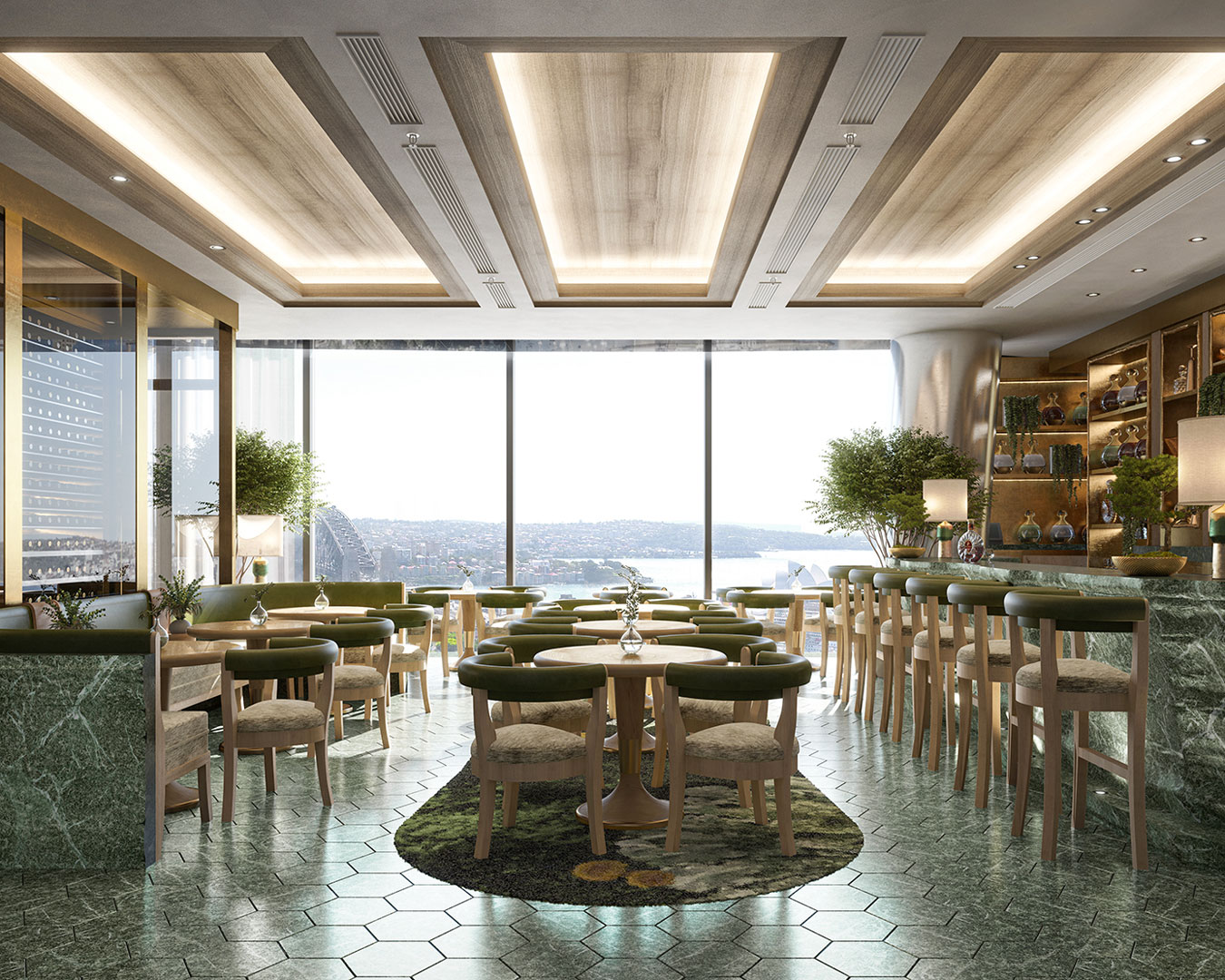 As for what to expect at Oncore, alongside New Zealand-born head chef and worldwide three Michelin star kitchen veteran Alan Stuart, Smyth will introduce keen Sydneysiders to the now-famous gastronomical experience on offer in London—with an Australian twist.

Oncore will follow the same sustainble bent as Core, and will feature some of Core’s three Michelin star-winning dishes like her famous “potato and roe”, a slow-cooked Charlotte potato topped with smoked trout and herring roe, served with beurre blanc. The dish pays homage to the chef’s farming childhood in Northern Ireland. In Australia, potatoes will be sourced from fourth-generation family farmers in the Southern Highlands region.

Naturally, wine will also be an essential part of this next-level dining experience. With over 3,000 bottles housed in the restaurant's cellar, Oncore’s wine list will showcase the finest Australian wines, as well as a vast selection from Bordeaux, Burgundy, and the best regions from around the globe.