Tishiko King is Urban List’s November guest editor. A proud Kulkalaig woman from the Island of Masig, Kulkalgal Nation of Zenadth Kes, she’s a climate advocate and storyteller who has worked across various environmental organisations such as Groundswell Giving, Seed Indigenous Youth Climate Network, Our Islands Our Home, Coral Sea Foundation and more.

Aboriginal and Torres Strait Islander viewers are advised that this piece may contain content of deceased persons.

I have this knot in my belly, that is so tight, I feel so nauseous, I feel sick. I feel so sick because we have a real problem in this country. The recent brutal attack on young Noongar Yamatji 15 year old Cassiuis Turvey is a constant reminder that racial abuse and systemic racism is deeply intertwined in so called Australia.

I’m going to write something that I hope anyone reading this, leans in a little and understands just what it means when we say you cannot have climate justice without First Nations justice.

My name is Tishiko King.

I'm in the climate space as an advocate slash storyteller—I prefer to say I support communities and frontline voices who are protecting land and sea Country from the impacts of climate change. It's these communities that contribute the least to our national and global emissions who are also disproportionately impacted.

So what are the disproportionate impacts of climate change and how did we get here? 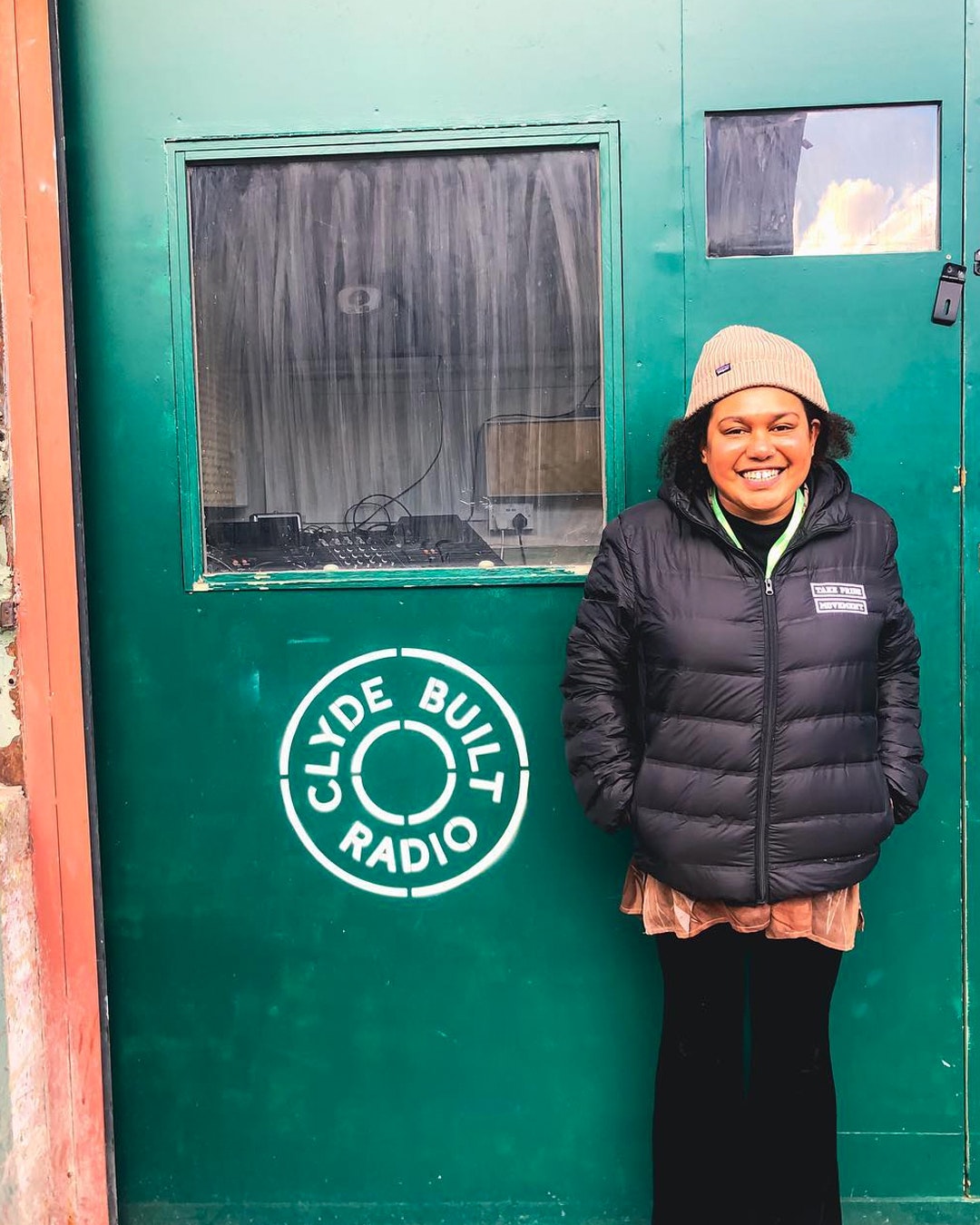 By understanding and acknowledging these three foundational issues, we are both addressing the roots of the climate crisis and unpacking the social justice issues that continue to oppress us from white supremacy.

Despite centuries of sustained oppression against our existence as First Nations people, First Nations people have retained our traditions, our distinct cultures, economic and political structures. Through these centuries, our people, Aboriginal and Torres Strait Island people, have survived and persevered.

There are many folks, scientists and researchers  that  pinpoint the start of the climate crisis to the industrial revolution. That's when we started digging for coal out of the ground and burning them, but it actually started long before that.

Firstly let's start with colonialism—what a word, am I right? 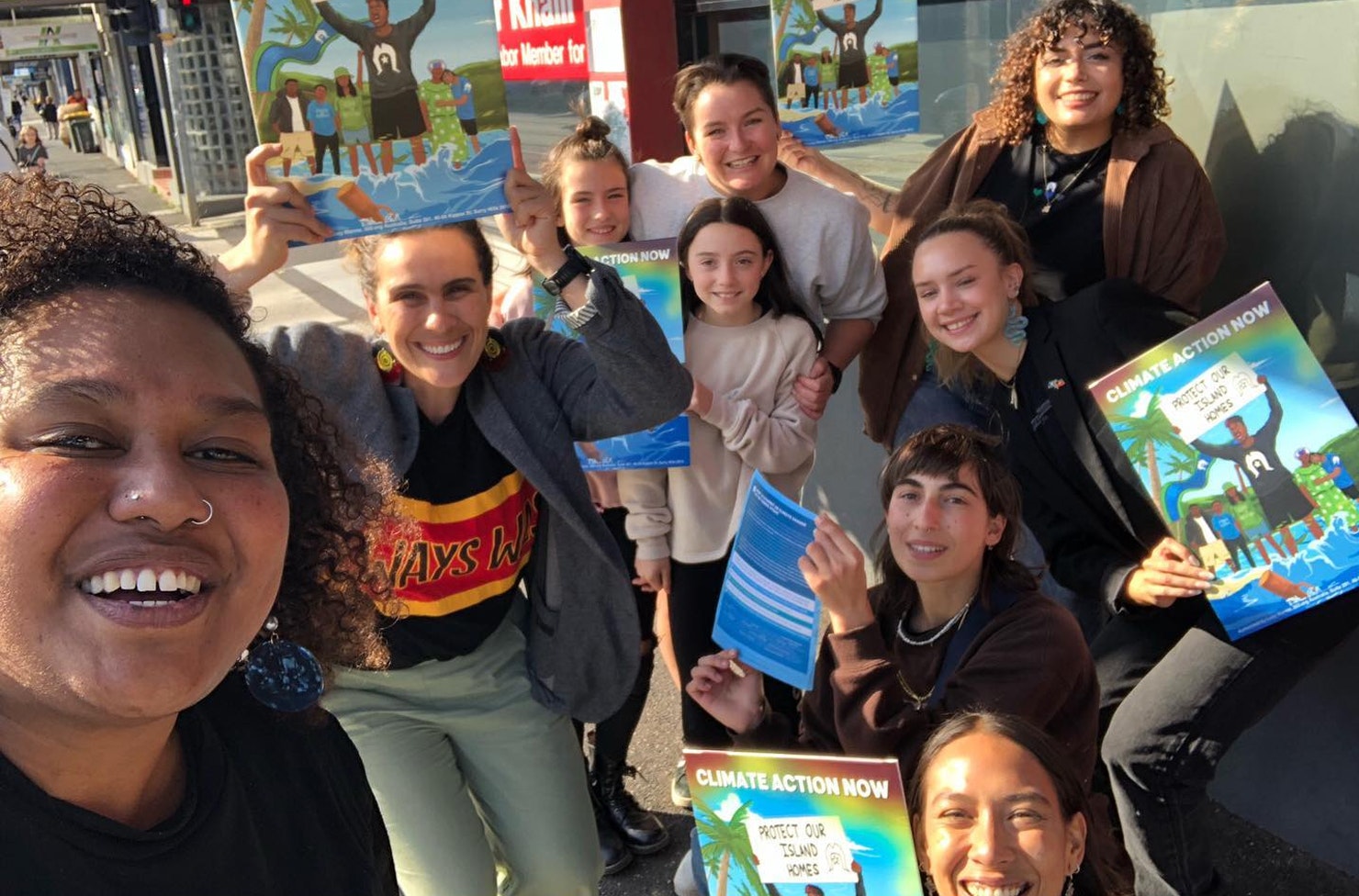 Colonisation started the climate crisis and for all of those who need to understand why, here is a list of the practices it brought.

With colonialism, European settlers destroyed natural habitats, hunted species to death and brought in invasive plant species that First Nations peoples of those lands were forced to grow. A classic example of that are agricultural practices of western systems that have degraded our land like cattle and sheep.

With colonialism came the extreme extraction of the earth and the genocide and silencing of the First Nations wisdom and traditional practices of the peoples that have been caring for our land and sea Country for millenia.

For a very long time I didn't understand why this entitlement existed.

And through many ‘why’s with wine and tears I realised that unless someone had explicitly bought the land with a system of currency they valued, it was seen as free pickings. The value of our Country differs from the value of colonists because when they see natural resources in front of them, it's theirs to extract.

This mindset is the core of how we got to this climate crisis. It is why before the first coal was ever mined, even before the first factories were opened, the seeds for the extractivism had already been planted and still playing out today. Colonialism never went away, it just evolved.

Why is it that we still feel systems of oppression are affecting us? 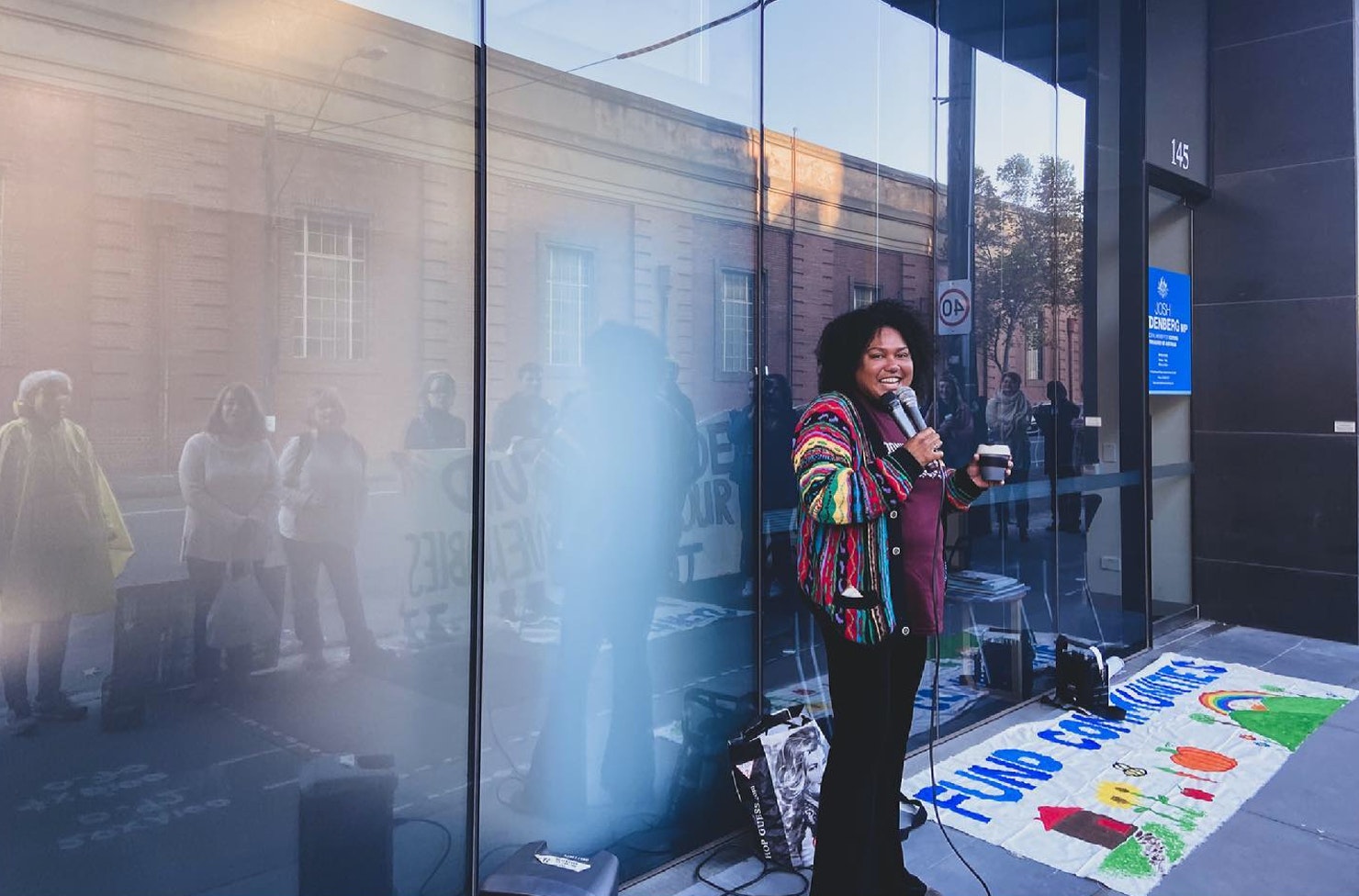 Women are more affected by the climate crisis than men. First Nations communities may vary across the globe, but one thing that these communities have in common is all the strong women leading those communities.

It is not just women in regional areas who are affected, women are more likely than men to experience poverty and have less socio-economic power according to the United Nations. This makes it difficult to recover from the disasters which affect infrastructure jobs and housing due to the patriarchal system of oppression that has been holding us back for thousands and thousands of years. We are more affected by the climate crisis even as we bear the weight of rebuilding and caring for communities after disaster.

Now, what good is this new found awareness if there’s no action? 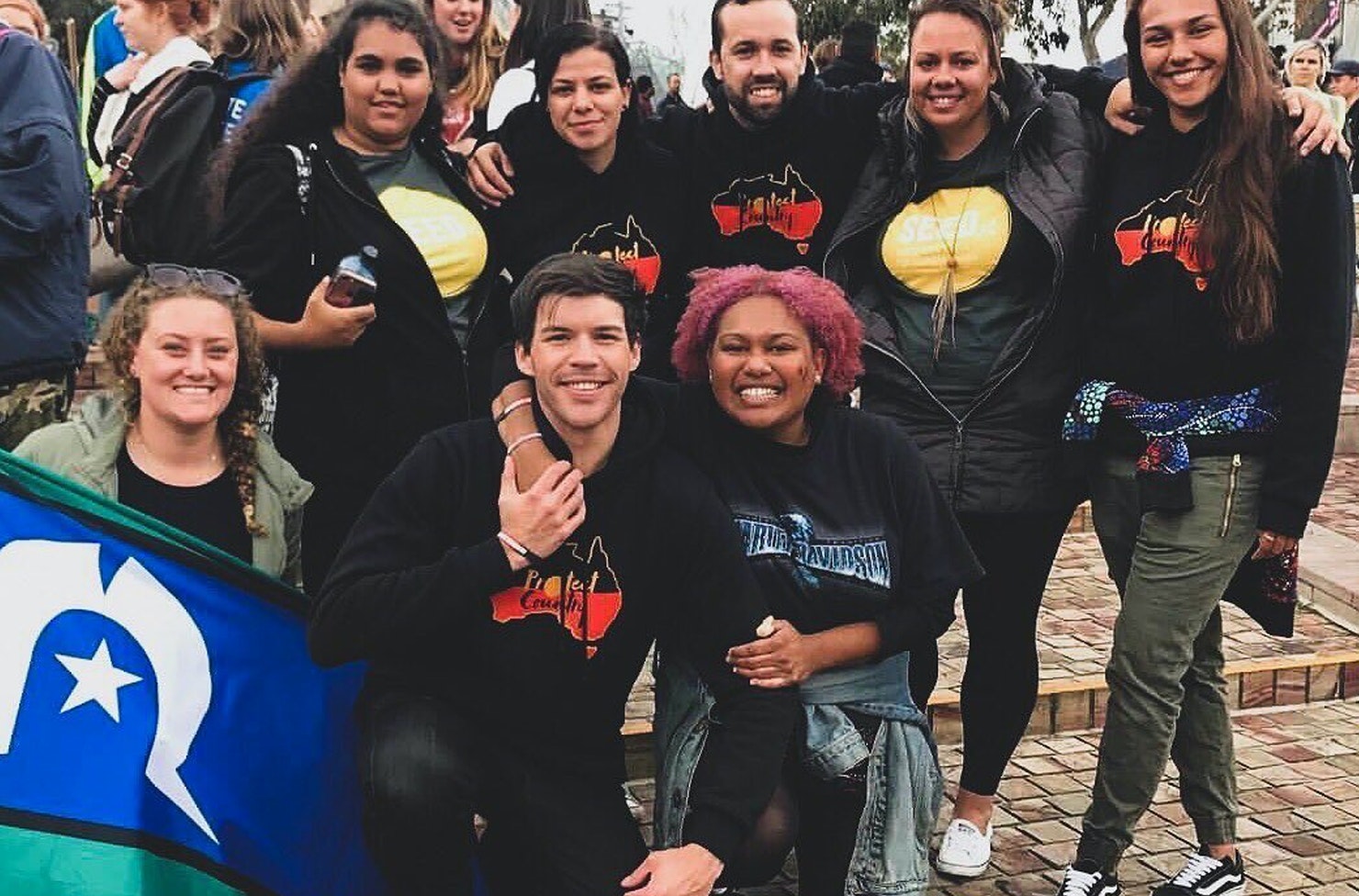 What good is it if you want to implement ‘nature-based solutions’, if you are continuing to remove the Traditional Custodians and First Nations people off their lands to do so?

There is compelling evidence that increasing social inequality is linked to environmental degradation and the health of First Nations, Indigenous and people of colour. In addition, communities living in poverty are negatively impacted by being exposed to higher levels of environmental pollutants in comparison to those that have benefited from extraction.

Why? Because these communities are already victims of the racist system of oppression and governments and corporations exploit their vulnerability.

For example, most of the Northern Territory is covered in exploration licences for oil and gas. If all this went ahead, much of the Aboriginal-owned land would have their country polluted by the shale gas industry. Most of the Territory's drinking water comes from bore water. Water is life and too precious to risk with dangerous fracking wells. It’ll poison groundwater, pollute the air, destroy sacred sites and change our seasons by worsening climate change.

So, how do we move forward together?

Climate justice does not reduce the climate crisis to a puzzle simply focused on counting carbon. Solutions must be guided by practices articulated and evaluated by frontline voices and communities that centre; environmental justice, just transition and grassroots organising led by us, for us.

We bear the brunt of pollution, poverty, police violence and criminalisation of land and sea country defenders caused by the colonial extractive economy driving climate chaos. We need you to stand up and call all of this out, because it's exhausting and I'm cooked. Traditional and ecological knowledge are core to envisioning a just and sustainable existence.

From the islands, to the bush and the city, we are taking matters into our own hands and are paving the way for a better future. A future where our culture, our communities and our country thrive. A future where we continue to survive. We must shift from an industrial civilisation to an ecological civilisation where we live in harmony with Country.

We have to shift our mindset—protecting Country is protecting people.

Now, here's how you can call on Australia's supermarkets to stock more native ingredients.