Beer is great. No doubt about it, the fermentation of grain into delicious nectar is one of humankind’s greatest achievements. There’s even a suggestion that the written word was invented to preserve the recipe for making it. That’s how deep our connection with the drink is.

What’s not great is the sloppy behaviour, the violence, the road accidents, and the week-ruining hangovers that come hand-in-hand with booze. That’s part of the reason why more and more people are switching to low or non-alcoholic drinks. It’s a trend that has been referred to as “mindful drinking” and with fewer Australians than ever drinking alcohol, it’s on the rise.

Even though Aussies are kicking the booze, or simply choosing to drink less, we still love to have something cold in our hands while socialising with friends or kicking back after a long day. Up until now, the choices have been slim. If you’ve ever had a non-alcoholic beer from any of the major producers, you’ll know that bog-standard stuff is awful enough to stick to the lime and sodas all night.

That’s all changing though with this new crop of genuinely great low and non-alcoholic beverages coming through. Producers right here in Sydney and across Australia are crafting up incredible new world beers that will make you do a double-take. Not only that, but some producers are infusing their drinks with vitamins, minerals, and antioxidants to one-up the booze and give your body a boost.

Here, we take you through what to try when you feel like taking it easy on the drink without compromising flavour. 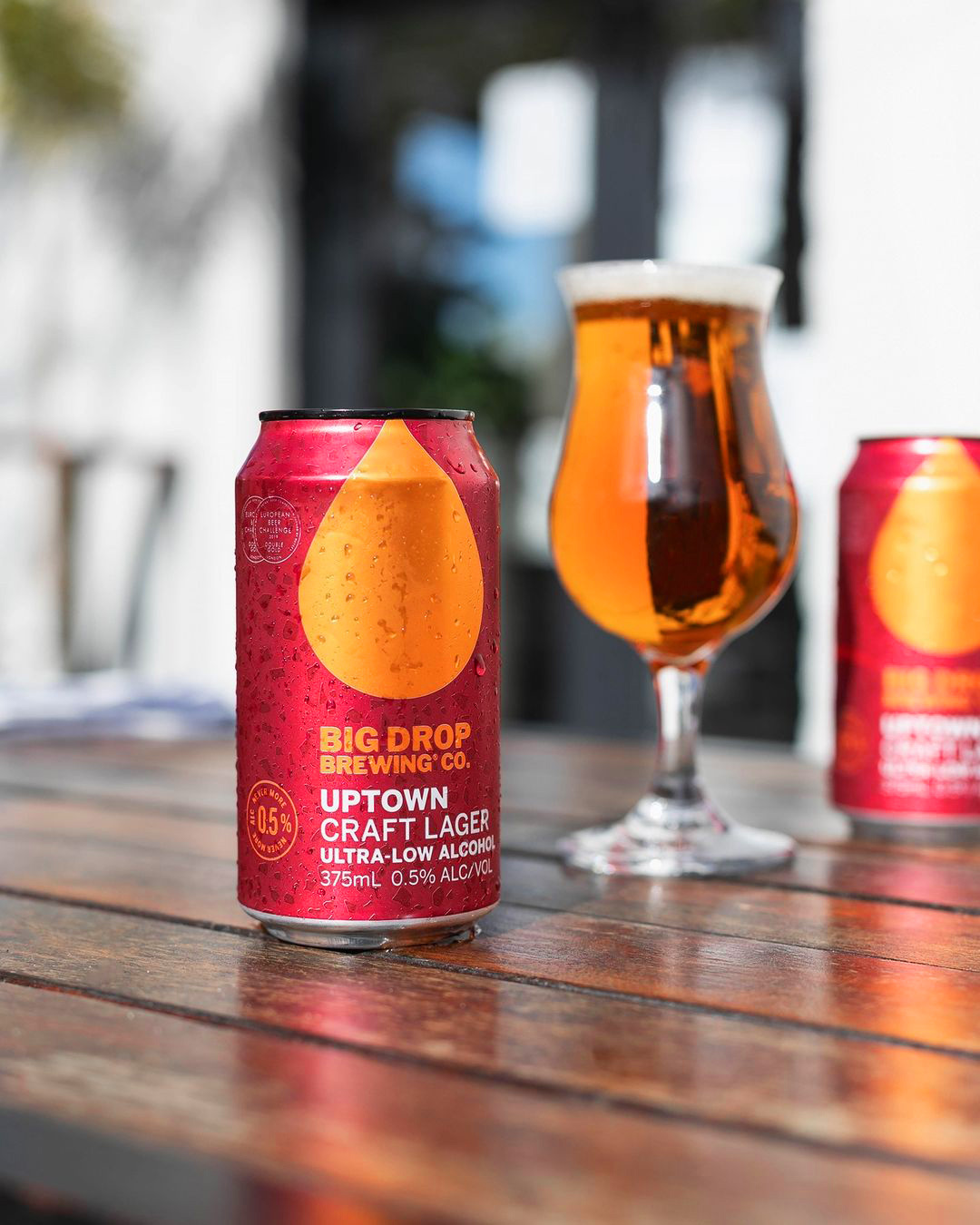 Irene Falcone is one of the masterminds behind the new trend. She revolutionised the wellness game in 2012 with her company Nourished Life. Now she’s looking to do the same with non-alcoholic beverages.

“Why wouldn't you?”, she asks. “If you can go out to a barbecue, and drink down nine cans of beer, that tastes exactly like your favourite beer, smells exactly the same, looks exactly the same, and no one will even know unless you told them, then you can get in the car, you can drive your kids to the beach in the afternoon for an ice cream, you can go home, feel fantastic, get up, go to the gym the next morning and feel amazing”.

Instead of losing your weekend, you get all the benefits of the taste and feel of booze without all of the unwanted side effects.

It sounds far-fetched. People like drinking because they like being drunk, right? The numbers, however, tell a different story. Having started just four months ago, her company SansDrinks is shipping out 200 orders a day. “It's going to be bigger than Nourished Life,” she says.

The weekend angle is perhaps the wrong way to frame this new entry though. Speaking to Big Drop, one of the major movers in this space, they want to position their beverages as another weapon in the arsenal of delicious consumption.

“On a Wednesday night”, says co-founder Rob Fink, “I’m not gonna drink alcohol, but I want a couple of beers. So I go to my fridge, I've got my 7% New England IPA, I've got my 4% Session IPA, and I’ve got my Big Drop. It’s Wednesday, okay, that's Big Drop night. Friday night, I might be cracking open the New England IPA. So for me, It’s about making my fridge selection in my house even more fantastic.”

Big Drop's 0.5% beers have won praise at the World Beer Awards and the European Beer Challenge. Their Pine Trail pale ale tastes exactly like a crisp, complex pale ale should and, full disclosure, I drank four of them while writing this and loved them.

Instead of having to choose between the incredible taste of beer and a hangover, Big Drop offer the best of both worlds. Imagine a world where you can drink beer all day, every day, without the consequences. It’s a paradigm shift.

Who's Drinking These Drinks? 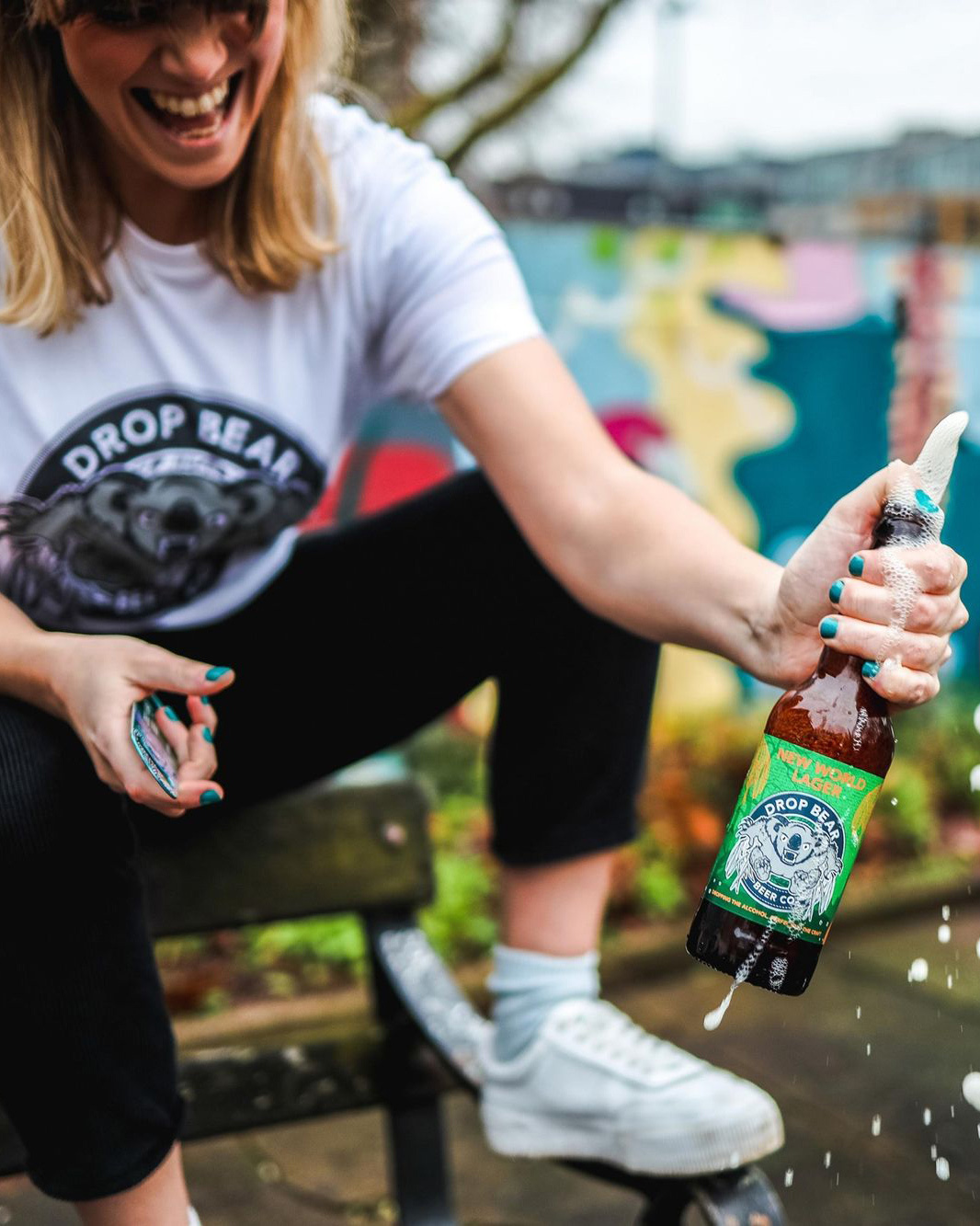 Another non-alcoholic beverages producer making serious waves is Craft Zero. Sherif Goubran is the co-founder of the site selling low and non-alcoholic beers, wines, and spirits and he tells us that primarily it’s people in their 30s to mid-40s who are choosing to go low alcohol.

This stacks up with Falcone’s info, who says that women over the age of 32 who have perhaps seen one too many foggy mornings and want to start looking after themselves better are primarily who she sells to. But that’s not to exclude the health-conscious older generations for whom giving up the drink may be doctors orders.

She also believes that a culture shift is coming. “It's like cigarettes. When did it stop being cool to smoke? All of a sudden it stopped being cool to smoke and we stopped smoking.” Much like the rise of vaping, if you give people a better tasting and (arguably) healthier alternative, they’re going to take it.

Young people are also big drivers in this area and will likely push these trends into mainstream culture as they get older. “Our children are more aware of their bodies and their health and the environment,” Falcone says.

“They’re savvy and they're smart and they're really not buying what their parents did, which is get drunk and smoke. They're also not buying into peer pressure like we were in the 80s. It's just it's a different generation”.

So, What Should I Be Drinking? 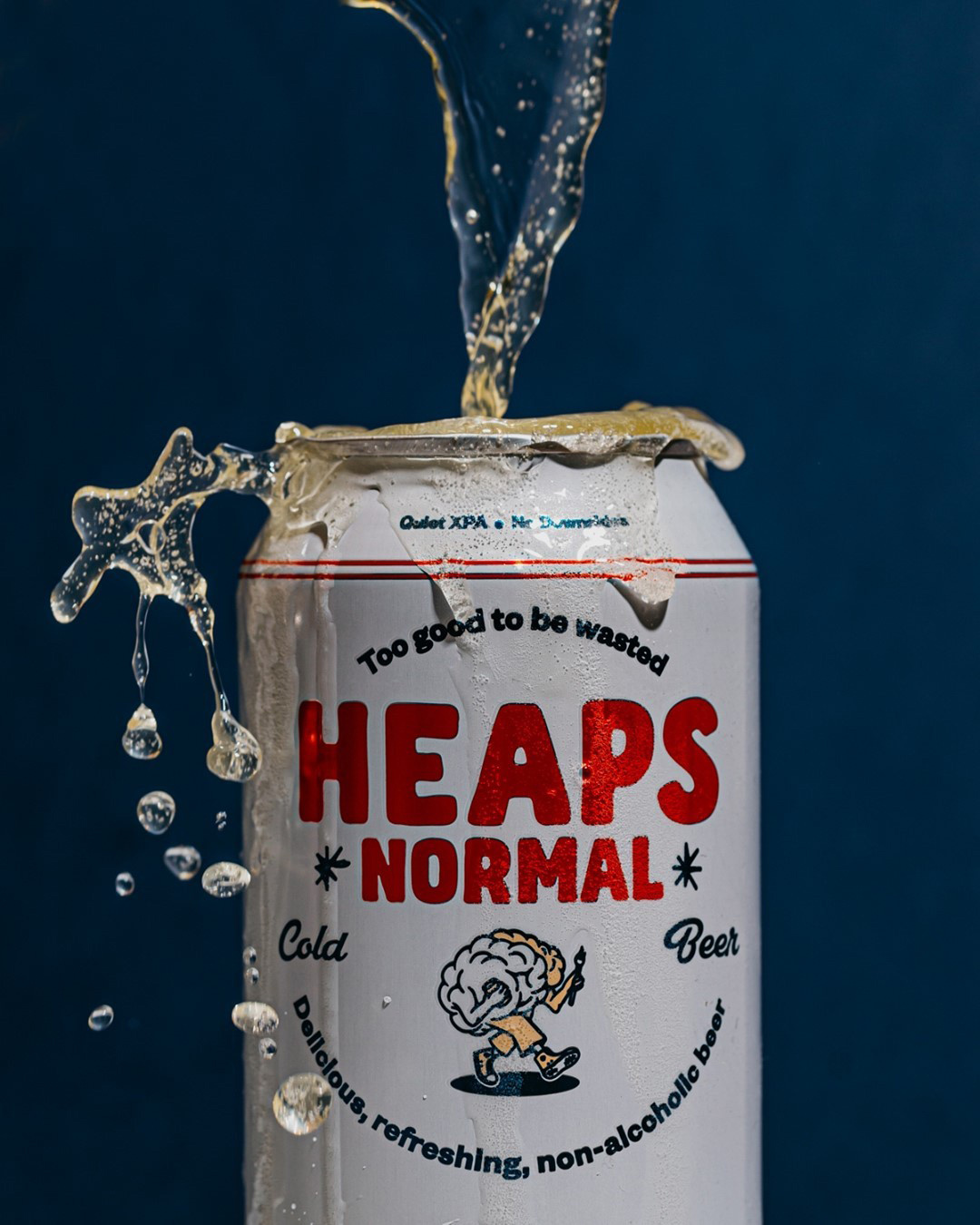 At the moment, some of the most exciting beverages seem to be coming from Australia. Beer is apparently the easiest nut to crack but historically it hasn’t been done well.

In 2017, Gamilaroi psychologist Clinton Schultz and his wife Lozen launched Sobah in Queensland. They use native ingredients to flavour their beers and have produced a standout Lemon Myrtle Pilsner, a zesty Finger Lime Cerveza, and a complex, hoppy Pepperberry IPA. Aside from the awesome bevvies, they also support local indigenous groups with proceeds from the drink.

Last year saw the launch of Upflow in Melbourne with punchy New World IPA, a European-inspired Classic Pale Ale, and a refreshingly dry Ultra Pale Lager. They’re aiming at the sports crowd with their offerings, infusing their beers with minerals like magnesium to aid in post-workout recovery. It’s an excellent idea as, after all, who doesn’t want a beer after a solid session but also doesn’t want to ruin their good work?

The real game-changers in this space though are Heaps Normal from our country’s capital. According to Falcone, she can barely stock the stuff fast enough to keep up with demand. Heaps Normal’s Quiet IPA is a game-changer in that it’s so perfectly beer-like that you really can’t tell the difference. They’re part of the reason why low and non-alc beers are surging right now.

Big Drop is admittedly a UK brand, but knowing how much we love craft beer, they wanted to get their products over here as soon as they could. Brewed locally in Melbourne, the company worked out that to maintain the flavours of beer properly, you need to “brew to strength” so that you’re not removing alcohol—and flavour—afterwards. They monitor their beer carefully so that it “doesn't rise above nought point five” during the whole process.

For the sector as a whole, creating something that is made like beer and tastes like beer has been a bit of point of contention as it opens a whole raft of philosophical questions about the drink and how and where to stock it.

“When does beer begin?”, asks Fink again. “Is it nought point seven? Would that be beer? Why not point six? At what point does beer become beer? For me, it's about that brewing process. If you just ignore the ABV and look at the way in which that drink has been produced, if that's by and large exactly the same way as a liquid which has a four, five, six percent then that's a beer then isn't it?”

Big Drop fashion themselves, as most others would, as “a craft beer, that just so happens to be non-alcoholic”. Selling this stuff right next to your other crafties to give yourself options during the week simply makes sense, though it might take a while for the stockists and the consumers to catch on.

Suss out a few more of our favourite booze-free craft beers here.