7 Of The Coolest Places To Vacay Overseas In 2022

We can travel again: four words we might never tire of saying again after two years of shut borders and on-and-off lockdowns. Endless wanderlusting has finally come to an end, and we can finally look outside our own backyard for a much-needed overseas vacation.

To help you get excited and to maybe give you some holiday ideas for the new year, we’ve rounded up some of the coolest cities and towns in the world for your well-deserved overseas break. We’ll let you know exactly why each place is worth your plane ticket, what to do there and options on where to stay.

Here are 7 of the coolest places to vacay overseas in 2022.

Alright, no doubt you know of Whistler as a definite vacay hotspot–but for bloody good reason. Just 90-minutes north of Vancouver, Whistler is one of the world’s premier skiing and snowboarding destinations during winter and absolutely blessed with picturesque mountain biking and hiking trails during summer. The British Columbia town is home to the world-renowned Whistler Blackcomb ski resort and to adventurous activities like ski jumping, tobogganing and snowshoeing–after hosting the 2010 Winter Olympics.

In between ski days, why not brave 100km/h speeds and take in breathtaking sights by touring Whistler from the skies, including via the longest zipline in North America. Or treat yourself after a day of adrenaline-seeking by hitting the Oyster bar at Araxi restaurant in the heart of Whistler’s chalet-style village.

As for where to stay–if you’re in town to hit the slopes, you can’t go past this one-bedroom condo located on Blackcomb Mountain slopes for ideal ski-in/out access. And if you’re spending the day in and staying warm, you’re in full view of said mountain. 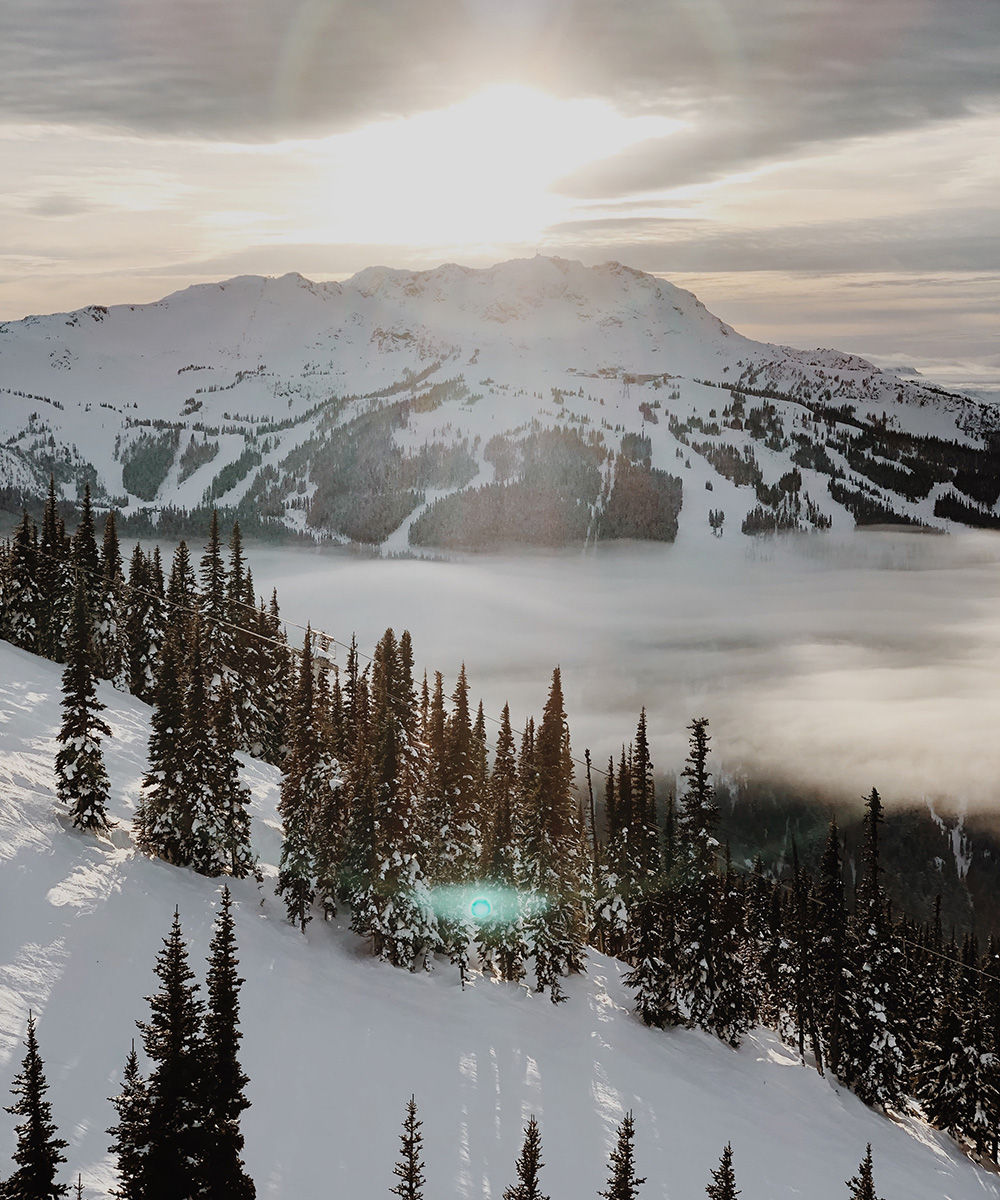 There’s no denying that New Zealand is one giant holiday destination. And with Aussies being pretty familiar with major city destinations across the ditch, we wanted to mention a deeper cut vacation spot. On the North Island’s Coromandel Peninsula, two hours out of Auckland, is the town of Whangamatā. Sat between native forest, calm harbour waters and white sandy beaches–the waterside town is outrageously ideal for holidaying.

Activity-wise, this is definitely an outdoor town. Take a guided kayak tour of nearby Whenuakura Island, aka ‘Donut Island’, a natural wildlife sanctuary and absolute must-do. Put your boots on and hike into Coromandel Forest Park, with plenty of amazing trails like the Wentworth Falls walk. Or finally, hire fishing rods and relax in the quiet harbour waters or a board to surf one of the country’s best breaks.

If you’re staying in Whangamatā, you might as well get yourself a place as close to the area’s ocean scenery. Luckily, this Pohutukawa Cove one-bedroom apartment gives you panoramic views of the main beach and headland. 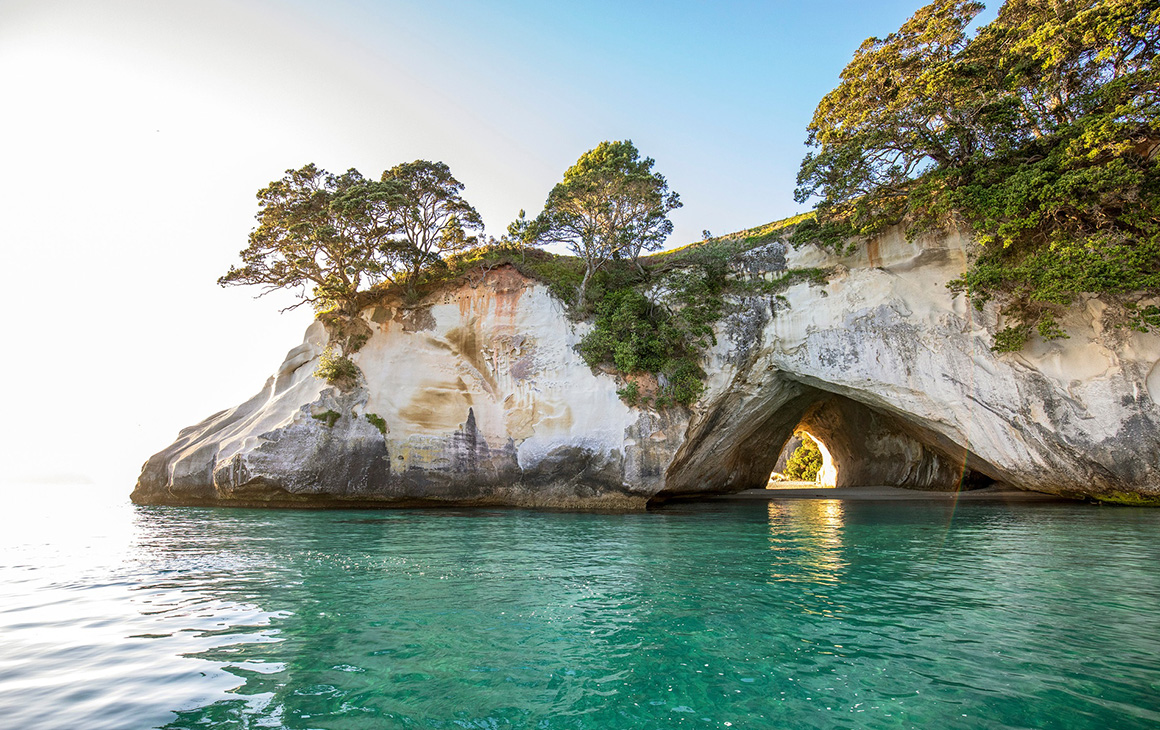 Cabo San Lucas (colloquially known as ‘Cabo’) is a waterfront city located on the most southern tip of the Baja California peninsula in Mexico. You’ve probably heard of the resort city as a go-to for celebrities–but with the world re-opening, we’re all A-listers, and it’s time to treat yourself. Blessed with pristine beaches, endless drinking and dining offerings, breathtaking natural surroundings, cultural activities and a vibing nightlife, Cabo could be the best way to finally unwind after a rough couple of years.

Before heading out for the night, you’ll have plenty to do with the sun still up besides sitting by the beach. Like taking stand-up paddleboards out to explore the magnificent rock formation known as The Arch of Cabo San Lucas, often home to lazing sea lions. There’s also plenty of ways to explore the seas, from snorkelling on a catamaran to private sailing cruises with an open bar.

It also won’t surprise you to find out the coastal area’s luxe accommodation is a boujee embarrassment of riches, like this four-bedroom hillside villa overlooking the Pacific Ocean or this beachfront condo almost touching the Cabo San Lucas Bay. 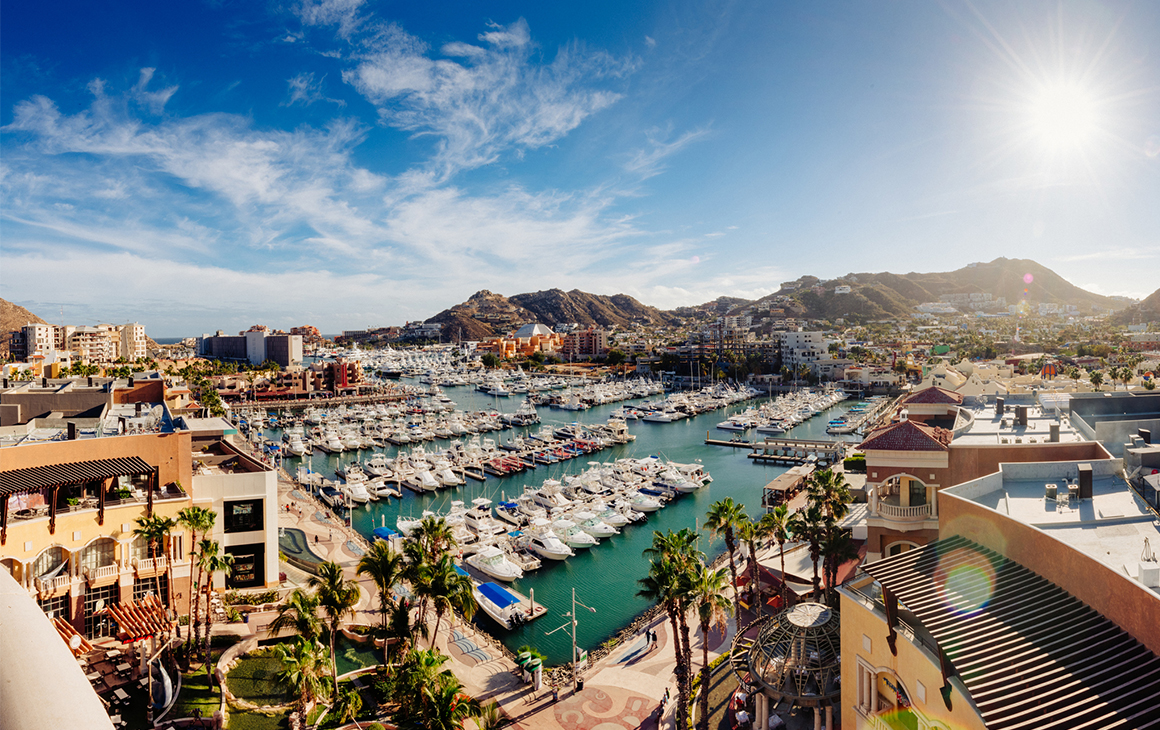 Of course, any American trip will likely take you to cities like Los Angeles, New York City or Chicago, but consider adding the capital of Tennessee to your itinerary. Head to Nashville, in America’s South, for some of the best food you’ll ever eat (BBQ and Nashville Hot Chicken, enough said) and more music than you could listen to in a lifetime. Hit Broadway, Nashville’s colourful main strip, on any night of the week for the sounds of blues, country, jazz and rock vibrantly playing from bars and honky tonks.

Of course, the obvious thing to do in Nashville is to get out and hit any and all venues playing live music. But make sure you also organise a trip to the Country Music Hall Of Fame for a musical history lesson. And if you’re in town between September and January, catch a Tennessee Titans NFL game with half the city descending on the stadium for Sunday football. For accommodation, either stay right in the action with this Downtown condo or just outside the city for a little more peace and quiet with this quaint South Nashville tiny house. 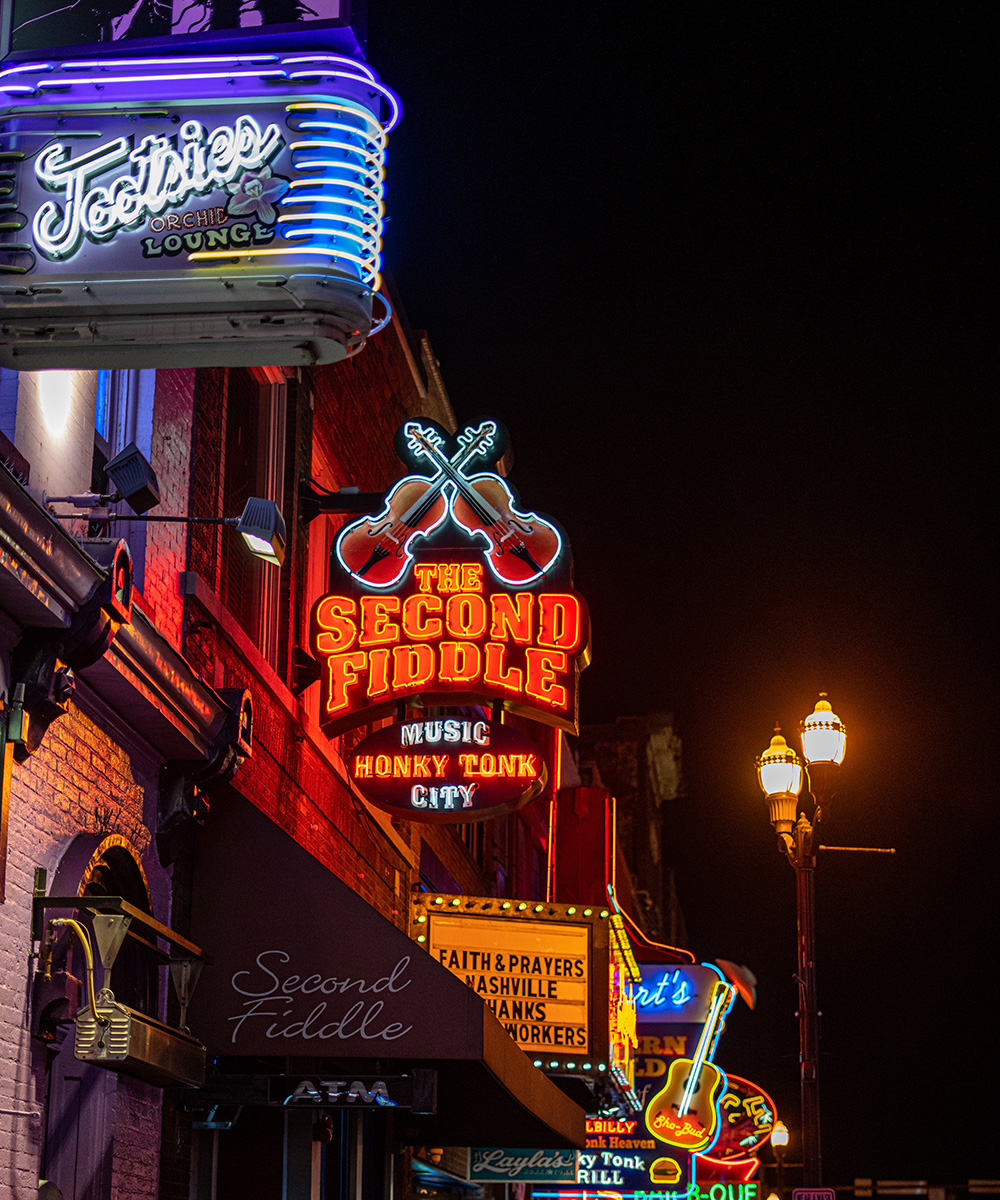 As this list makes pretty clear, some parts of the world are just unfairly blessed as perfect holiday destinations. The southern part of France, and the waterfront city of Nice, specifically, are very much in that camp. The French Riviera city is home to walks by the Mediterranean Sea, historic buildings and shops, colourful architecture, several Château to explore, plenty of places to enjoy some of the world’s best wine and like the rest of the south, beautiful sunny weather.

Need an organised activity outside of leisurely wandering the cobblestone streets of Vieille Ville (Old Town) or the seaside Promenade des Anglais? You can’t travel through France without soaking up its history and culture. For that, be sure to check out the Musée Matisse devoted to the works of French painter Henri Matisse who lived and worked in the area for many years.

As for a place to stay, you’ve got your pick of the litter when it comes to Airbnbs with scenic views of the French Riviera. Pack your swimmers and choose between this one, that one or maybe this one–it’s hard to go wrong. 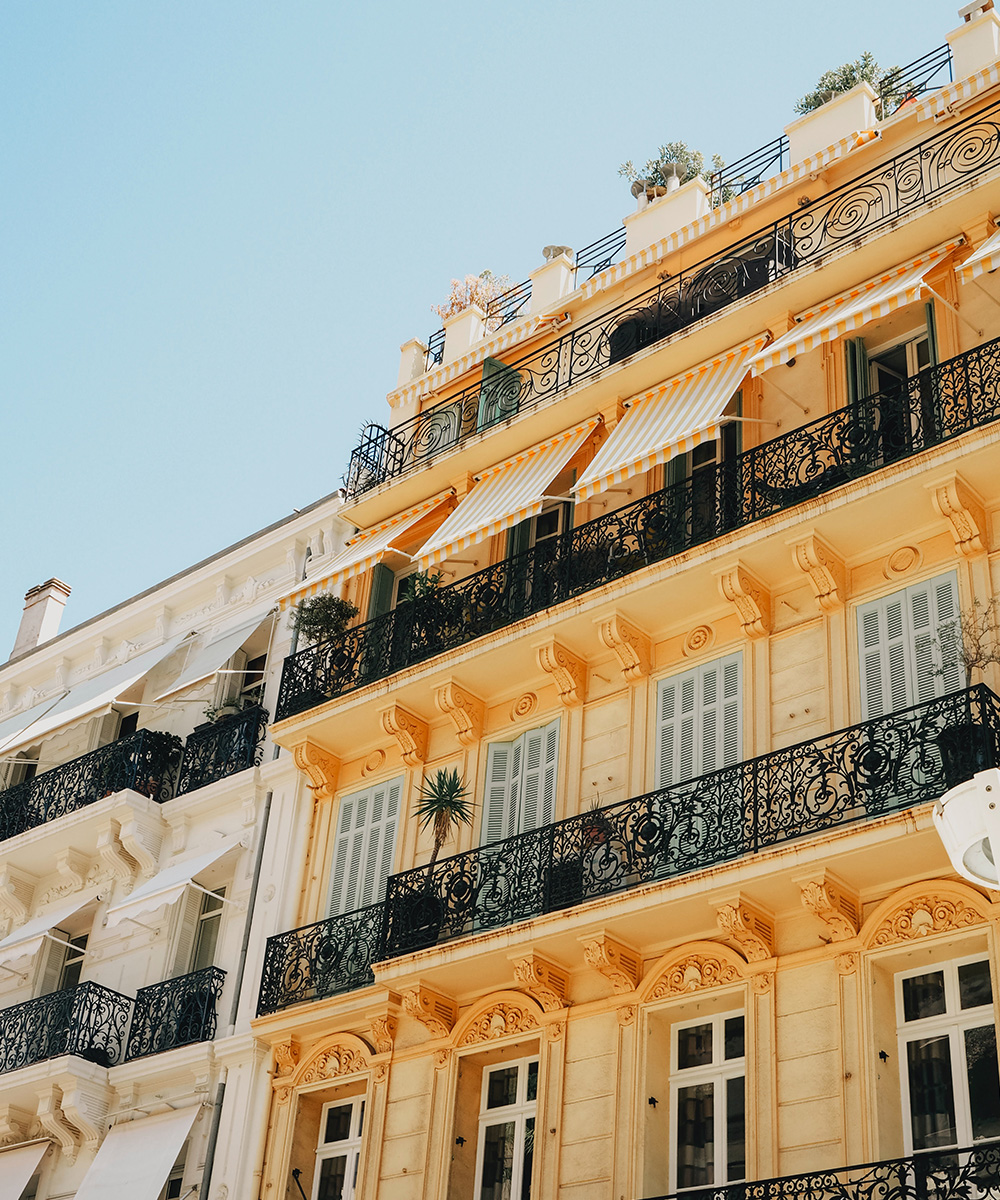 We know we’re going with a big name on this recommendation, but the former Japanese capital city is so beautiful and worth visiting, we had no choice but to include it. Boasting over 2000 temples and shrines and widely considered the country’s cultural capital, Kyoto sits in the Kansai region on the island of Honshu. The city perfectly blends its rich history and culture with a vibrant and modern culinary scene that shows off yakitori, izakaya, ryokan dining, Kyoto haute cuisine known as kaiseki and some Michelin Star restaurants.

Where to even begin on places to visit? Make sure you take a wander through the Fushimi Inari Taisha Shrine and its thousands of vermilion torii gates. Venture to the endless temples around the city, from the Kyoto Imperial Palace and the World Heritage Listed Nijo Castle in Central Kyoto to Kinkakuji (also known as the Golden Pavilion), a two-storey northern Kyoto Zen temple covered in gold leaf.

Book this Machiya house, a traditional Kyoto-style home that blends old and new architecture nearby several temples for a home base from which to explore. Or in this luxurious villa just a 15-minute walk from Nijo Castle. 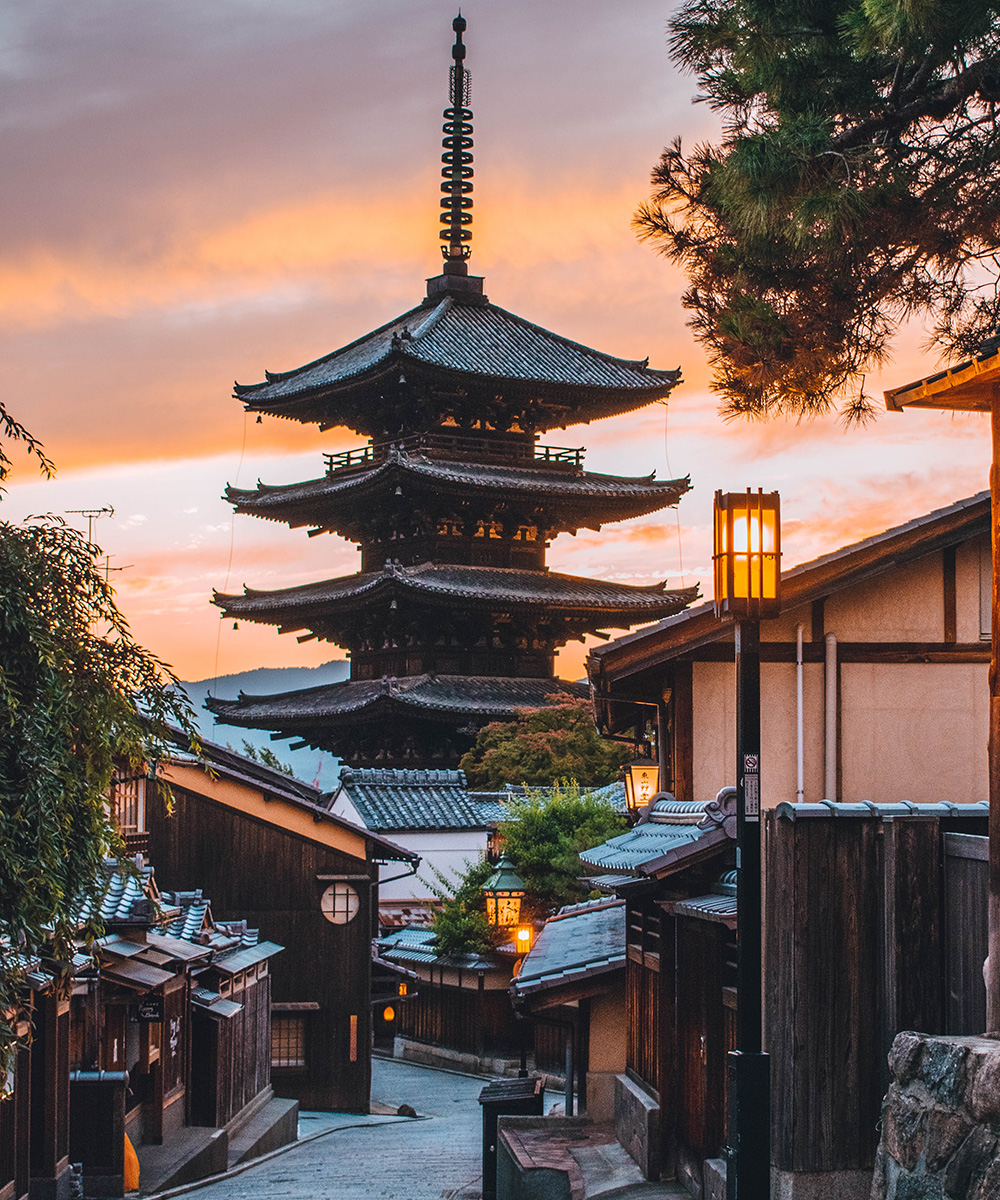 There are countless ways to sell the city of Naples as the ideal holiday destination and one of Italy’s most interesting cities–from its beautiful seaside location and historical/artistic significance to its proximity to some of the country’s key attractions. But telling you it’s the original home of pizza is surely enough?

First on your itinerary for the Southern Italian city, after you’ve devoured a few slices of OG recipe pizza around town, should be the Piazza del Plebiscito–a public square surrounded by some of the area’s most beautiful historical buildings like the Basilica Royal and the Royal Palace. Naples is also conveniently located a 20-minute drive up the coast from the ruins of Pompeii, and Mount Vesuvius for a history fix and ultimate bucket list tick off.

For accommodation, feel like a local and book yourself into this quaint apartment in a historic 19th century building in the heart of the city. Or this apartment with its serious panoramic views of both the harbour and the mountains. 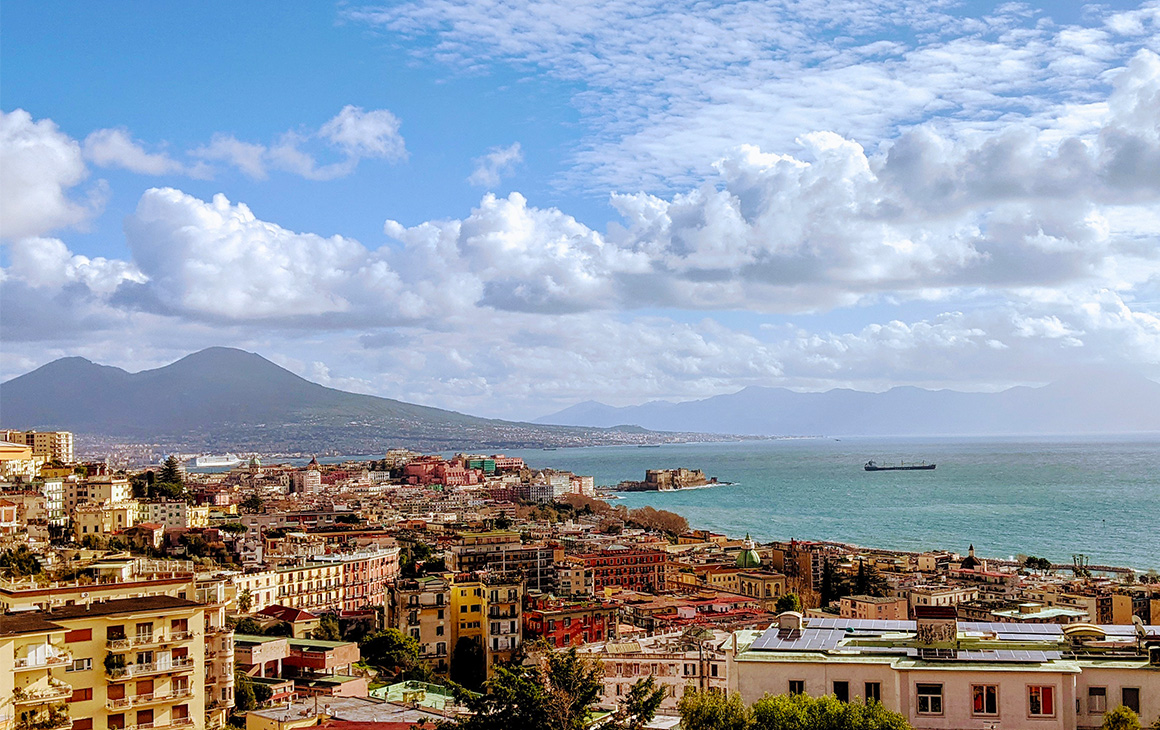 Next up, check out the best off-the-grid Airbnbs in Australia for the perfect getaway.