The Great Barrier Reef is the world’s most extensive coral reef, so much so that UNESCO has labeled the ecosystem as having ‘outstanding universal value’.

While its superlative beauty, which is visible from space, can’t be ignored—the Reef’s sheer magic lies in its vast range of ecological communities, habitats and species, making it one of the most complex natural ecosystems in the world.

Larger than Victoria and Tasmania combined, the Great Barrier Reef houses a quarter of the ocean’s marine life which is an incredible piece of knowledge to wrap your head around. It generates clean air and simultaneously protects coastlines from erosion, flooding and storms. It’s also one of the largest carbon sinks in the world—its mangroves and seagrasses absorb carbon from the atmosphere and store it, cleaning our air and helping to mitigate the drastic impact of climate change.

The absolute wonder of the Reef, which I’ve been lucky enough to visit several times, has always left me stumped—its natural wizardry is really incomprehensible. There are also some 70 Aboriginal Traditional Owner Groups with authority for Sea Country Management, linked to the Reef since time immemorial. Before ocean levels started to rise, Aboriginal and Torres Strait Islander peoples lived on what is now the Reef’s seafloor with the web of cultural knowledge of practices and sites from this time still remaining of significance today.

However, it's easy to feel somewhat removed, and in turn—quite helpless, from the dangers facing this irreplaceable natural beauty.

The foundation has been tackling threats facing the Reef for the last 20 years, by bringing together and funding projects directed at large-scale impact—helping protect, regenerate and restore the Great Barrier Reef in the wake of climate change and other major threats like unsustainable fishing practices, coastal development and poor water quality which limits the Reef’s ability to bounce back, says Loder.

“There are areas of the Reef that are thriving and beautiful, areas that are heavily degraded and areas in a cycle of recovery after impacts.”

Beyond that, other highly connected reef habitats like “mangroves and seagrass are also under pressure”, she mentions.

“These habitats not only support iconic marine life like sea turtles and dugongs, but are also powerhouses for storing carbon to help tackle our climate crisis. The Reef is one of the world's most powerful blue carbon sites, so protecting and boosting these habitats is critical.”

Since 2010, the World Heritage Committee has raised concerns that activities within the GBR and the coastal areas surrounding it are ‘irrevocably threatening the Outstanding Universal Value of the property’. In 2017, the World Heritage Committee noted with serious concern that the coral bleaching which drastically impacted the GBR in previous years needed to be addressed, encouraging the Australian and Queensland Government to accelerate their efforts toward meeting the targets of the Reef 2050 Plan.

If you’ve got your finger on the pulse, you’ll know that a joint World Heritage Centre/IUCN RM mission was conducted earlier this year to assess whether the Reef 2050 Plan properly addresses the threats posed to the Reef by climate change. In recent weeks, its final 104-page UNESCO report has been handed down with the mission team recommending, for the very first time, that the Great Barrier Reef be inscribed on the List of World Heritage In Danger.

The findings are truly disheartening and begs the question, have we surpassed all that we can do for one of the most beautiful and intricate natural wonders of the world? The good news is, apparently not but we need to take action now.

“We have a window of opportunity this decade to shape a better future for our Reef,” says Loder.

“This needs targeted actions delivered at scale with local knowledge and partners. If we want to protect the values that we hold dear about the Reef, then we need to learn from 60,000 years of Traditional Owner custodianship, adopt different ways of working together to deliver impact, and be open to new ideas and technologies to boost efforts.” 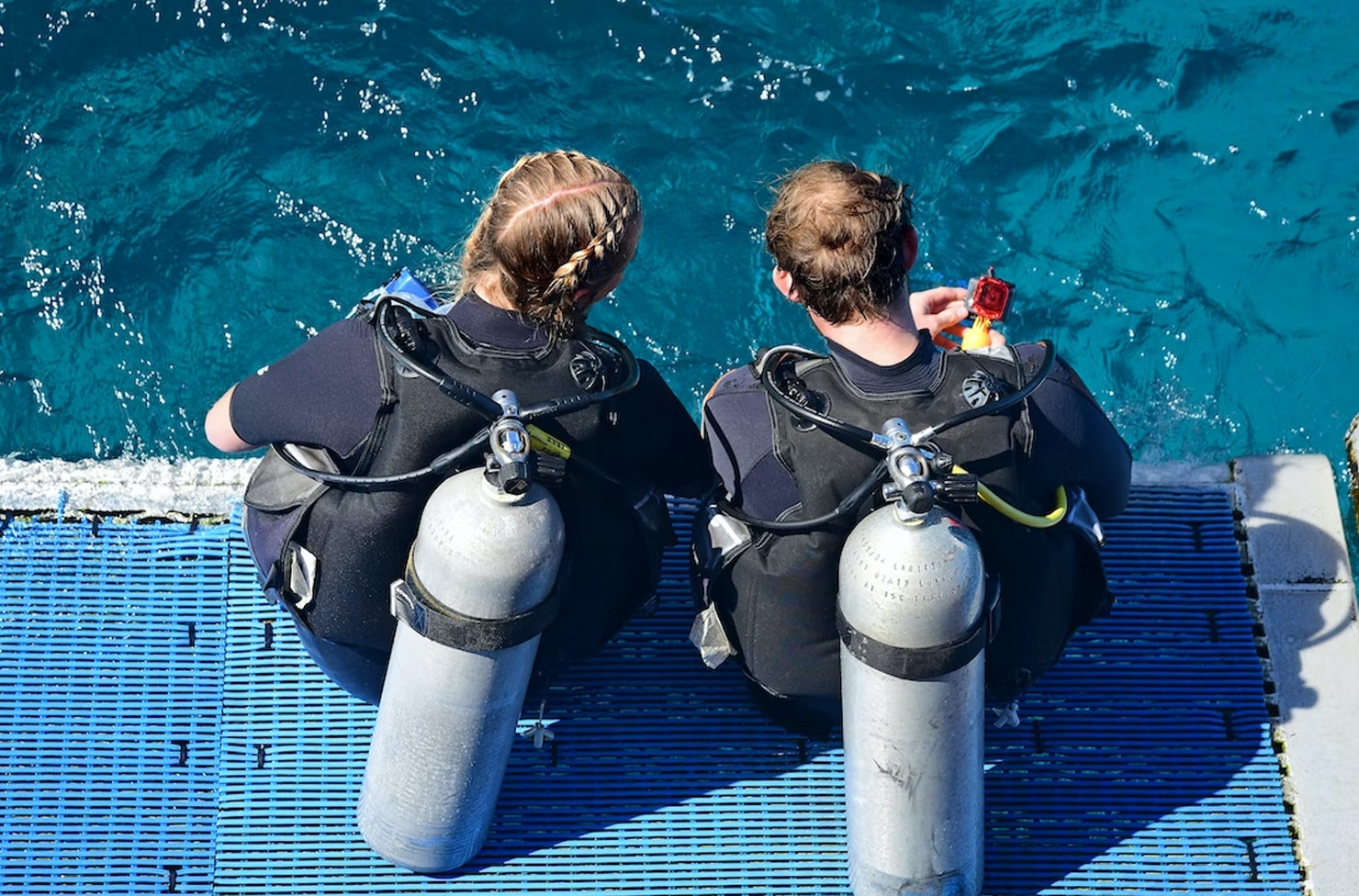 It's an all-hands-on deck moment that Loder is describing. While the Great Barrier Reef Foundation works with more than 500 partners on a range of projects from improving water quality to helping reefs adapt to growing blue carbon capability to mitigate the impacts of climate change, she also highlights that efforts aren’t just limited to those directly working with the Reef.

“We need to drastically and urgently reduce global emissions,” she says.

“Hand in hand, we need to help build resilience of the Reef and the communities that depend on the Reef by taking a more active approach to caring for the Reef. This involves building the ability of reefs, and other connected habitats, to bounce back and adapt to stress to buy the Reef time.”

While the laundry list of actions we can take on at a personal level can seem overwhelming, Loder emphasises that our individual actions add up and contribute to the wider movement we need to shift business and government policy to drive bolder ambitions for tackling the climate crisis.

“Commit to one action and talk to your family and friends about why you are doing it and why it's important to you,” she says.

“We can keep building a movement by making these actions part of our daily lives and encouraging others. Beyond that, learn more about the efforts that are happening to protect the Reef and share a moment of pride in this collective effort to help turn the tide. We need to recognise the significant challenge, but also celebrate what is underway to build momentum that keep efforts going and growing.”

That said, the are five main everyday actions that, as suggested by the Great Barrier Reef Foundation that, while may seem small, will really make a difference if incorporated into your lifestyle:

1. Cut Food Waste
The most commonly wasted foods in Australia are everyday staples like bread, milk, fruit, vegetables and bagged salads. Reduce wastage by buying only what you need.

2. Be Water-Wise
Cutting your daily shower from eight minutes to four minutes saves up to 13,140 litres of water and 350 kilograms of carbon dioxide every year.

3. Take Public Transport
In Australia, cars that run on petrol are responsible for around half of all household carbon emissions.

4. Don’t Use Single-Use Plastic
A no-brainer but billions of pieces of plastic waste, including discarded items and microplastics, litter coral reefs across the Asia-Pacific region, including the Great Barrier Reef. Plastic has direct negative impacts for Reef wildlife and habitats, as well as for human health. It also contributes to emissions throughout its lifecycle – from production to management as a waste product.

5. Unplug Electrical Devices
Leaving your computer and monitor on for a year generates the same amount of greenhouse gas as a car travelling from Sydney to Perth.

On top of this, Loder chats to a myriad of epic organisations that are on the ground every day taking action for the week that you can be part of, some of which include volunteering at CoralWatch, Eye On The Reef, The Great Reef Census, Magnetic Island Community Development Association and Project Manta.

“Joining a community group involved in citizen science monitoring of reef habitats and wildlife, helping protect or rehabilitate marine and coastal habitats or educating people about the Reef are great ways to take an active role. If that's not an option, then think about donating to support a cause you care about and helping enable others to take action” says Loder.

“Together we can champion a better future for the Reef. No matter where we live, we can choose to contribute to collective efforts to reduce our carbon emissions to protect the Reef.”