Brunch is the best. It’s one of those portmanteaus that we actually like (unlike smog or motel, eugh) because it sparks such joy. Drinking during the day is also something sparks joy. Why? Because breaking the rules is the best. Obviously, we jump at the chance to combine the two, which is why we’ve decided to share this round up of the best boozy bottomless brunches and lunches in Brisbane, so you can join in on the fun.

If it's a boujee boozy brunch you're after, it doesn't get much more sophisticated than Stanley's Sunday yum cha. Pair their decadent decor, incredible riverside views and delicious banquet menu with two hours of Louis Roederer champagne and you've got a recipe for the best Sunday lunch of your life. With eats like XO seafood dumplings, BBQ pork buns with chilli jam and salt and pepper squid on the menu, it's not just the champagne that will have your attention either. The whole affair will set you back $129pp, so save it for a special occasion.

If there’s anyone who knows how to do brunch right, it’s Covent Garden. This leafy gin palace goes troppo every Sunday with two hours of cocktail jugs and a share board of cheese or charcuterie for two. With their leafy garden-inspired interiors, it's the ideal spot to enjoy a cruisy afternoon.

When: Every Sunday, 11am–2pm
Cost: $49 per person
For more information, click here.

As well as serving up mouth-watering seafood bites daily, One Fish Two Fish does a killer boozy weekend session every now and then. Right now, on Fridays, Saurdays and Sundays in November, you can settle in for Fish & Spritz, which will have you tucking into four delicious fishy dishes like kingfish ceviche and a Fraser Isle crab omelette while you sip your way through five unique and refreshing spritzes over two hours. Here's hoping you make it all the way down the list to the watermelon spritz... 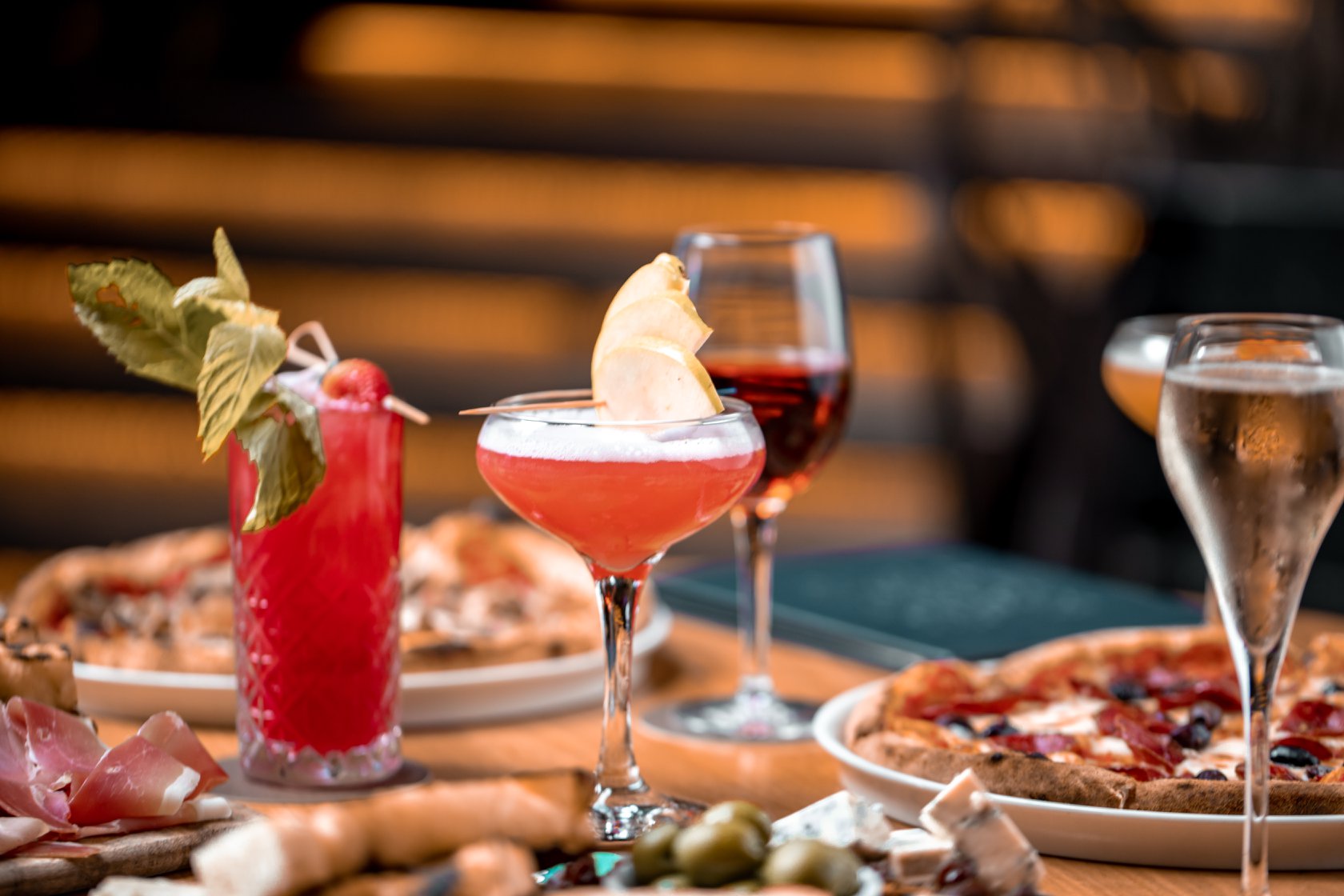 If you’re looking to spice up your Sundays and stray from the usual vanilla outings, Cloudland’s Brunch with Bite is your ultimate weekend destination. For just $69, get two hours of flowing wine, beers and spritzes and a menu featuring delicious Italian eats, such as arancini, bruschetta, gnocchi and pizza. This luxe lunch is a belissimo start to your weekend celebrations.

Get ready to ‘gram because Darling & Co's boozy brunch is back and it's going to have your group chat buzzing with DM notifications. Every Sunday, you can head along to the vibrant, garden-inspired bar to indulge in three courses of antipasto, your choice of pizza and a side salad, complete with two hours of spritz and prosecco from—wait for it—a spritz and prosecco fountain.

When: Every Sunday, 12pm
Cost: $69 per person
For more information, click here.

All about the mimosas, but not quite cashed up enough for a Sunday blowout? Pourboy’s weekend brunch deal might be your style—for $60 you can choose one breakfast meal and add on two hours of mimosas or Bloody Marys. But don’t worry that you’ll be hungry, with options like epic breakfast burgers or ricotta doughnuts with chocolate ganache, there’ll be plenty to line your stomach with.

When: Every Saturday and Sunday, 10am-2pm
Cost: $60 per person
For more information, click here.

This northside favourite just about broke the internet when it announced it would be offering two hours of mimosas ever weekend with any breakfast dish for just $20pp. The breakfast menu changes regularly, but you can expect to be tucking into feeds like their corn waffles with koji fried chicken and country gravy, or smashed avo on sourdough with popcorn chicken, all while you down plenty of those mimosas.

When: Every Saturday and Sunday
Cost: $20 per person with any breakfast order
Find out more here. 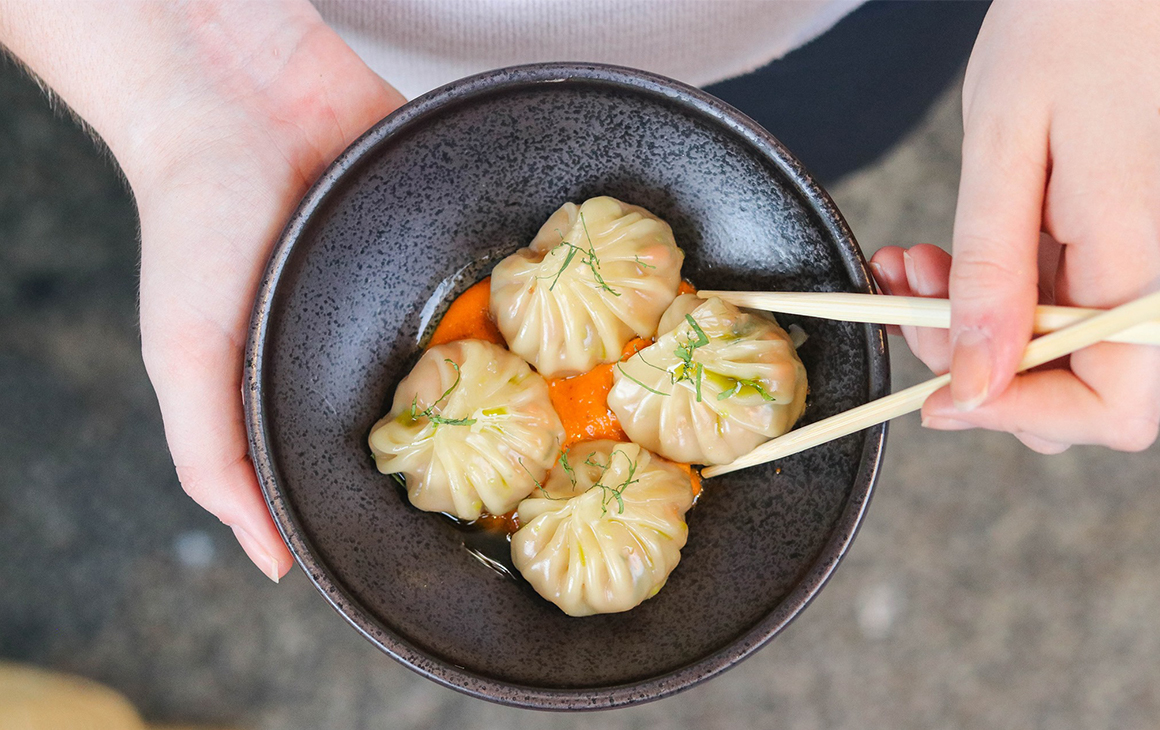 Chu The Phat is the latest Brisbane eatery to join the boozy feasting club with a Bottomless Banquet now on the menu every Sunday. Enjoy a two-hour banquet and drinks package, which includes Aperol Spritzes, beer, wine and non-alcoholic drinks for $50 per person. The banquet itself will satisfy all your Asian-fusion cravings, with delectable dumplings and yum cha classics such as veggie spring rolls and mung bean pancakes aplenty.

Ok, it's more like a late lunch than brunch, but this underground pan-Asian bar and eatery's boozy dim sum brunches are still very much deserving of a spot on our list. Every Sunday, you can chow down on a nine-course banquet paired with two hours of Tiger Beer, prosecco, rose, Aperol spritzes and mimosas. Best of all, the whole package will only set you back $45pp—a bargain if you ask us—and there's even a vegan version. Sold.

If none of the above take your fancy, how about a Mexican-style brunch? Ivory Tusk's Sipping Sundays involve an epic tostada board paired with two hours of cocktails for just $59pp, all to be enjoyed in their pastel Palm Springs-inspired bar. Afterwards, you can play a round of giant Jenga—or just head to the bar to keep the party going.