When you were a kid, did you dream of eating ice cream for every meal? We sure did. But maturity and sensibility (whatever they are) have taken over and as adults we don’t eat a lick of the ice cream our 10-year-old selves dreamed we would.

Why though? Life’s too short to be sensible all the time. Skip the green smoothie today, go full cream, double chocolate with extra sprinkles and live a little, one scoop at a time with Brisbane’s best gelato and ice cream.

If you don’t yet follow Gelato Messina on Instagram, that’s probably a good thing. Because honestly, the ridic weekly specials that they post would have you coming in to try them every single day—we speak from personal experience. Rosewater gelato with smashed baklava? Bourbon and pecan gelato with chocolate and whisky pecan pie? Custard gelato with Portuguese egg tarts? GENIUS. See why you shouldn’t follow them?

From the home of gelato, Bolonga, to Brisbane, La Macelleria has true blue, traditional gelato. Their passion for gelato is unmatched and pours into every one of their flavours. With a refined menu you’d think choosing your poison would be easy, right? Wrong. They ALL sound delicious, from the classics like stracciatella, hazelnut and pistachio to the special ones like fig and ricotta. Peek in at their ‘lab’ and how these masterpieces are created or even book into a gelato making workshop.

Miss Sophia is our kinda girl. She makes tastebud popping and picture perfect gelato and sorbet from her quaint parlour in Kedron. With new and different flavours all the time, you can try things like passionfruit pavlova, strawberry, watermelon and mint, and raspberry marshmallow. Looking for a late-night treat? Never fear, Miss Sophia’s is open until 10pm. 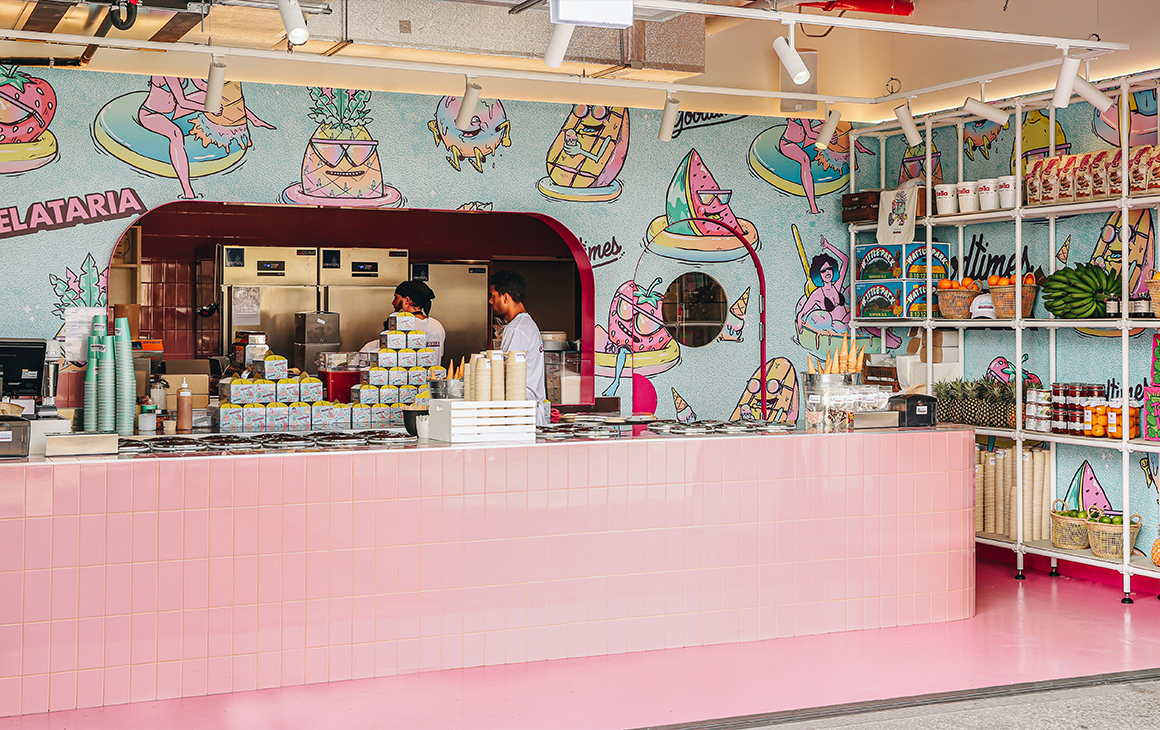 Beneath the Fantauzzo Hotel at Howard Smith Wharves you’ll find the fun Goodtimes Gelateria, scooping up 22 drool-worthy flavours to a funky soundtrack. They have really mastered the art of gelato and their flavours match the vibes—fun, daring and a little bit cheeky.  Must tries include the brown butter with caramelised popcorn and baked apple pie. Best eaten on the grass down by the river.

At first impressions, Gelateria Cremona is a traditional gelateria, churning up high-quality gelato using only traditional techniques. But taste test their gelato and you’ll realise that they are much MUCH more. As well as a handful of the classics, the crew here also like to experiment with weird and wonderful flavours and dish up annual specials like their iconic hot cross bun gelato at Easter and Anzac biscuit gelato in April.

One thing’s for sure, you can certainly pick a winner at Racecourse Road’s Milani House of Gelato—probably more than one. One scoop, two scoops, three scoops, four, have it all, with a full menu of flavours, various topping and sundaes to choose from! Go full mamma mia with the Tiramisu Delight or if you’re feeling a bit fresh and fruity, the Fruit Cocktail with sorbet, whipped cream and fresh fruits or the Coppa Della Casa—she’s a real eye stopper. 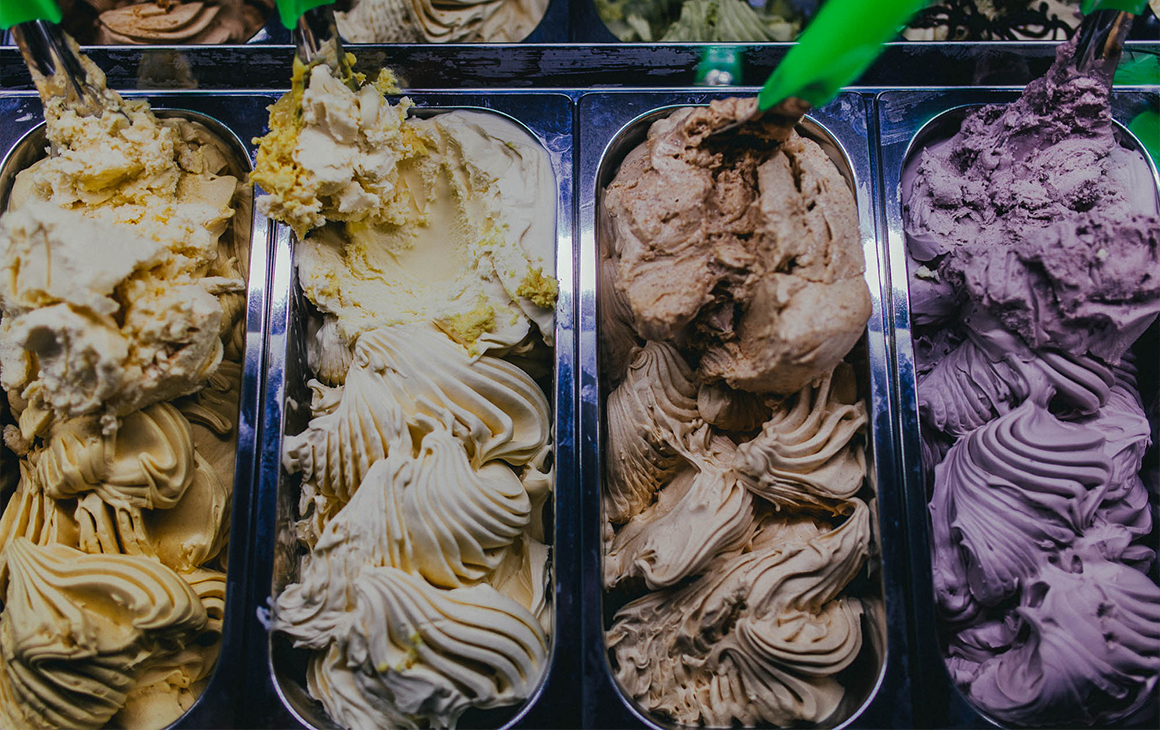 What’s in a name?  Everything, it seems when it comes to Bulimba’s Nom Nom. The gelato they produce is both delicious and all-natural, plus, they dish up vegan and dairy-free flavours—can we get a ‘hell yeah?’ And we’re not just talking the usual lemon sorbet—we’re talking vegan crème brûlée gelato. Get in there.

So, you’ve had the pizza, what next? Tucked into the alley behind Bulimba’s famed pizzeria, Sugo Mi, you’ll find their gelateria. Its award-winning wares are only made using top shelf local ingredients and their speciality range has a strong tropical vibe with flavours like toasted marshmallow and coconut lime which are totally worth every second of the brain freeze.

This friendly gelateria on Brisbane’s north side is worth a lengthy drive, with seriously wicked flavours like caramel ginger, butterscotch and white choc, and malted chocolate crunch that will have you doubling down and asking for four scoops instead of just two. What Ciao Gelato are really known for, however, isn’t just their vegan peanut butter fudge brownie number (among other vegan flavours), but also their Fit-Lato. Low sugar, high protein artisan gelato in flavours like honeycomb and coffee means you can eat an entire tub guilt free. 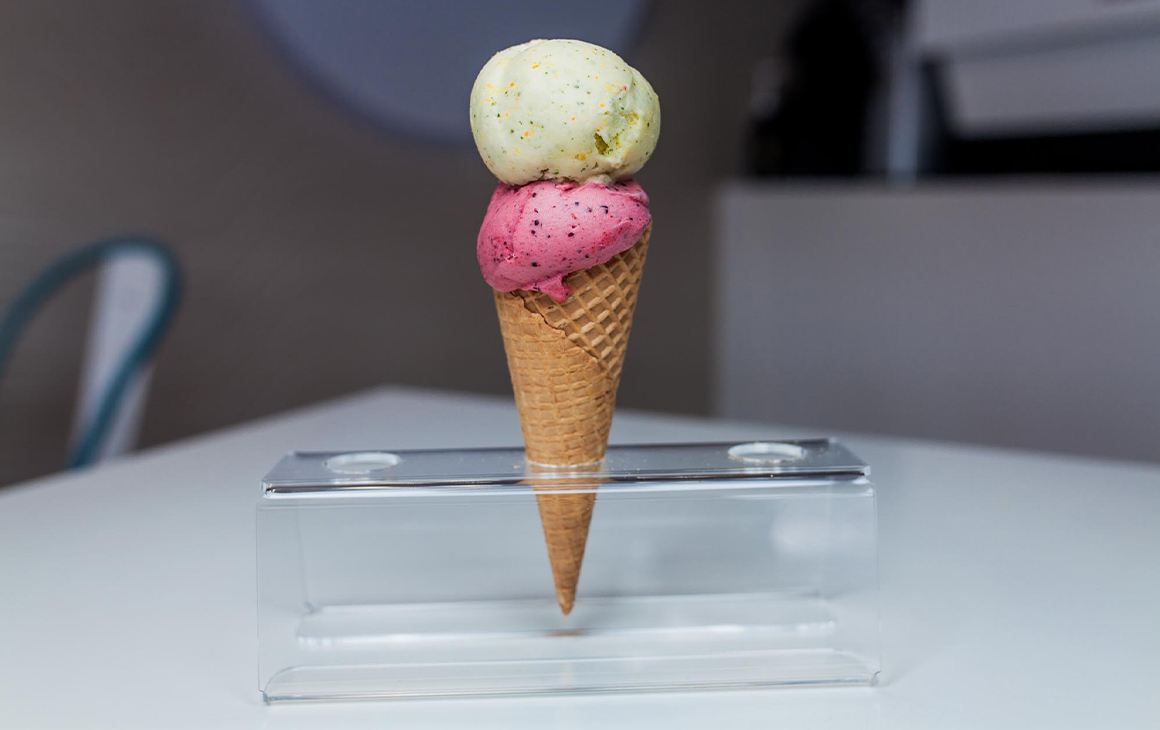 You know the Ekka’s iconic strawberry ice cream? Well you can thank the good people at Lick! for that annual delight. Not just a once-a-year treat, you can find them all year round for the rest of their ice cream flavours, which include exhibition-worthy numbers like Redskin and Nutella. Need some extra crunch? Get it in an ice cream sandwich.

Straight outta the Sunshine Coast comes Happy Pops to brighten your day. This ‘choose your own adventure’ style of frozen treat on a stick lets you first choose your ‘pop’ of either handcrafted gelato or sorbet, waffle, yoghurt or brownie. Next, choose a sauce to drizzle over top, then a topping to sprinkle over as a final touch. If it all sounds like too much hard work, they also have a range of pre-decorated premium pops ready to devour.

Prefer to cool down with cocktails? Check out Brisbane's coolest waterfront bars here.