Victoria Quay’s A Shed has been in need of a bit of makeover for a while now, so we were very pleased to hear that the one and only Gage Roads scored the 40-year lease on the site—converting the 100-metre-long cargo shed originally built in 1926 into a massive new microbrewery, restaurant and bar.

They’ve been brewing beer just outside of Freo since 2004 and are beyond pumped to be opening their first venue overlooking the actual Gage Roads—the shipping lane between Fremantle and Rottnest Island that inspired the brand.

The new space will serve as Gage Roads' spiritual home on the harbour, and they’ve definitely lent into that when considering the design and layout of the huge 1,500 person venue. You’ll notice signposts pointing you to the front yard, lounge, dining room, main bar, deck and more—each space thoughtfully built to cater to whatever vibe you’re chasing on the day. Plonk yourself down on the lounge and watch the cricket on the tellie, round up your mates for a sunny session in the front yard, head out to the deck to watch the container ships come in or settle in for family dinner in the dining room. Wherever you are, Gage Roads Brewing Co-Chief Operating Officer, Aaron Heary, says, “one thing I can guarantee, it’s going to be the freshest beer in town!” 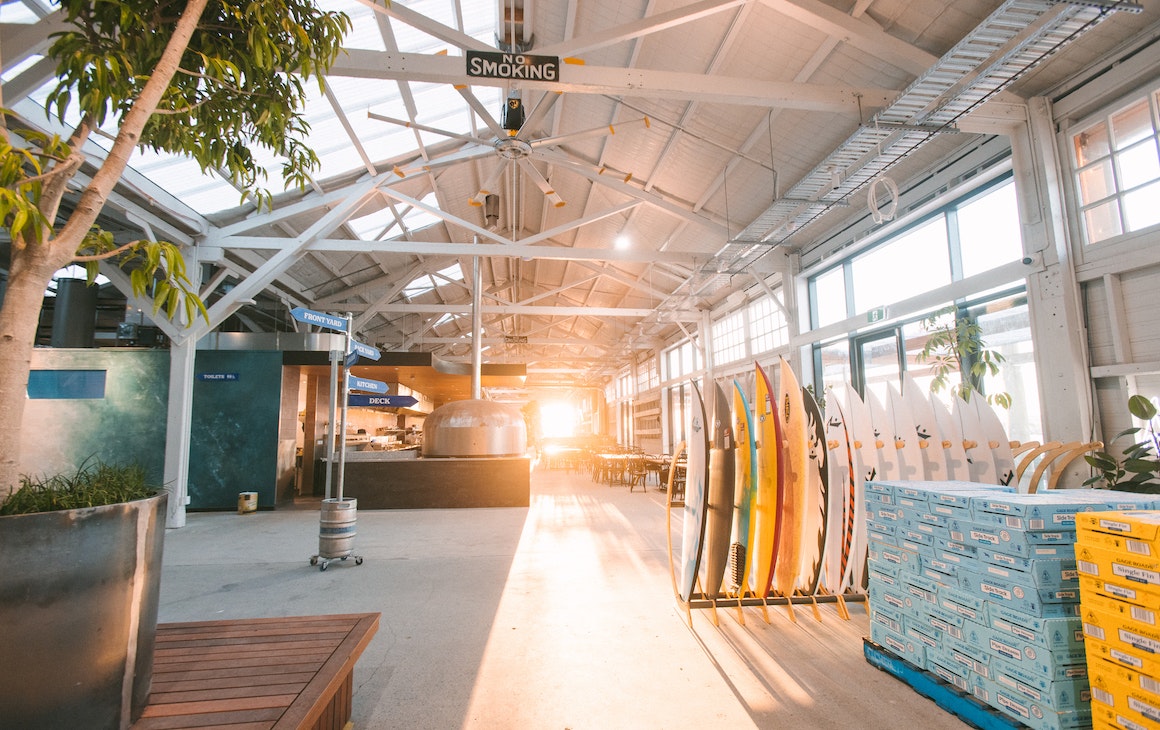 Every Gage Roads beer you drink at the venue will be brewed onsite by Gage Roads Freo Head Brewer Simone Clements and the team in a 25-hectolitre, 16 tank brew-kit, with beers pouring directly from tank to tap at the 17-metre sandstone bar. Expect to find all your Gage Roads favourites alongside a rotating selection of limited releases available exclusively at Gage Roads Freo, plus, brews from smaller WA breweries too. And don’t worry, if you’re not feeling like a frothy, they’ll have options for you too, with some awesome WA wines and spirits on offer. 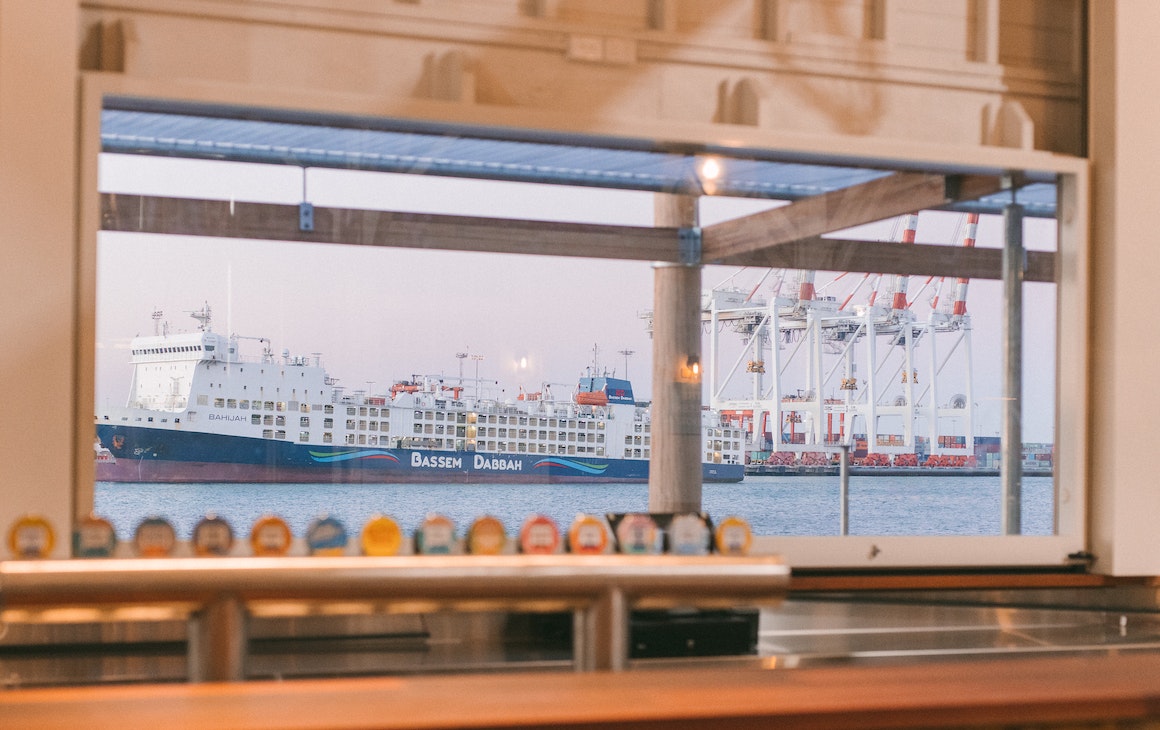 The food menu has been perfectly designed to suit the experience, with Executive Chef Danny Sanchez (ex Attica in Melbourne, Hadiqa and more) celebrating WA produce and ingredients throughout. Kick things off with party starters like snapper ceviche with coconut, coriander and pickled shallots or one-hand bites like a Fremantle lobster roll or a trio of tacos. Then work your way up to larger plates like Rottnest Island swordfish schnitzel with caviar bearnaise, Harvey beef striploin or Single Fin battered local fish and chips or keep it fresh with a friend-making salad. There’s also a woodfired pizza menu that’ll hit the spot when you want something to share. 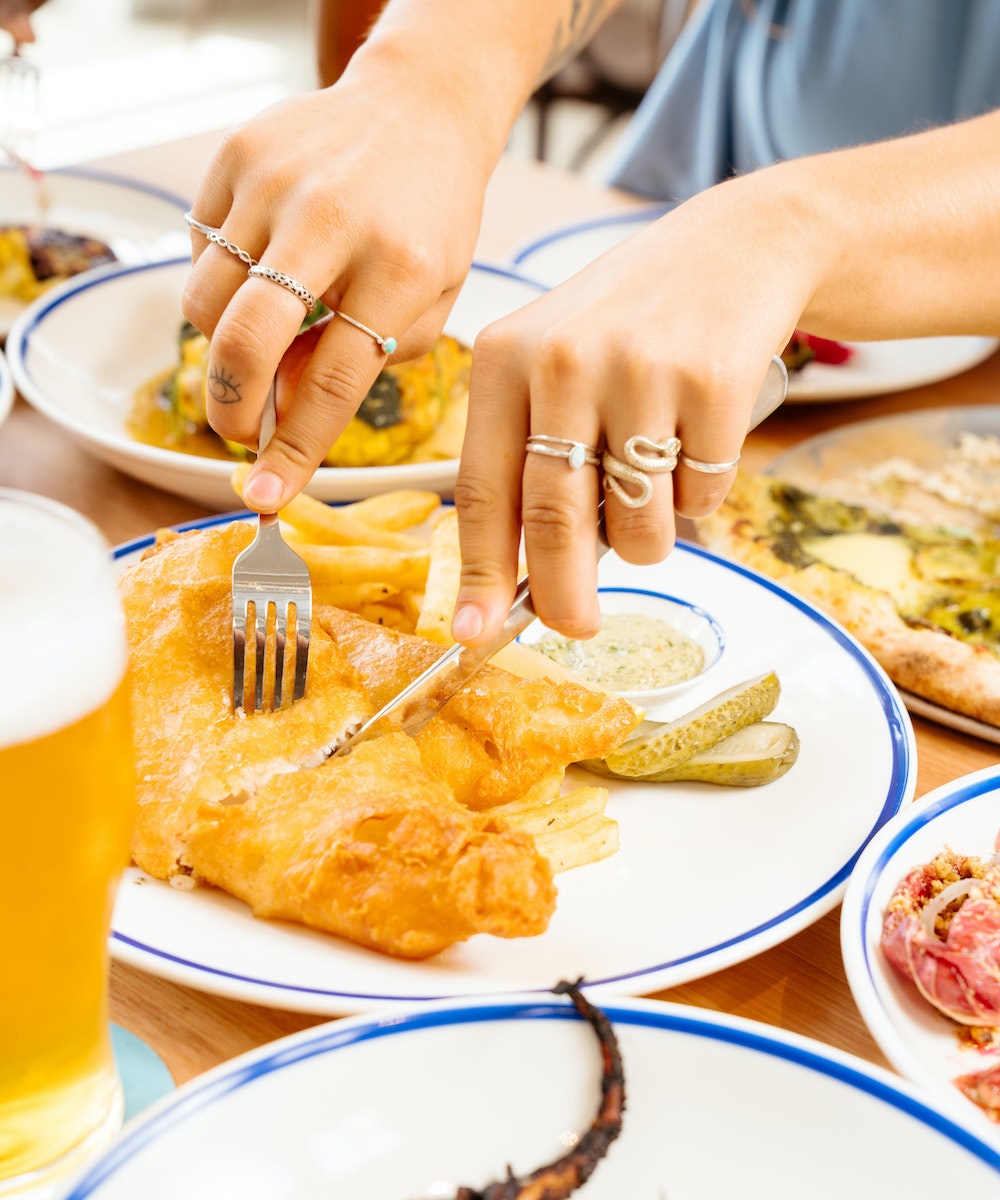 Inside you’ll also find some awesome work from local artists across the walls, plus, a retail store slinging merch and even a spot to buy and sell second-hand surfboards.

Until then, check out more epic venues coming soon to Perth.