Leave No Bao Behind, Here’s Where To Find Sydney’s Best Bao Buns

It’s true, there are many variations of bao—or “baozi”. This pillowy bun resembles a bread-like dumpling and has been used in a number of ways across Chinese cuisines, but we’d like to draw your attention to the Taiwanese version known as gua bao, or “cut bread”.

As far as food trends go, bao basically blew up in Sydney around 2015 largely thanks to David Chang and Momofuku, and we’ve been merrily riding the bao wave ever since, enjoying all the spinoffs and bao innovation that’s popped up along the way. In this list, you’ll find bao bun food trucks so you can cop the good stuff on the go, bao burgers, and our personal favourite—bao bun desserts.

Check out the best bao buns in Sydney. 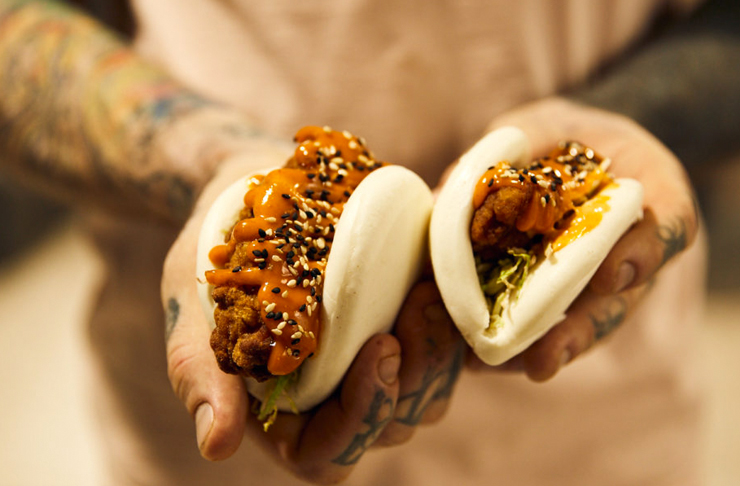 Some call it the mecca of Sydney’s bao dynasty and honestly, we’d back that. Charlestown’s Bao Brothers is an absolute institution known for churning out kickass buns of joy. As well as having multiple outposts, Bao Brothers also has a rolling food truck and bao take home kits, which means you can pretty much bao-down whenever and where ever you please. The “Notorious PIG” is a crowd favourite packed with braised pork, pickled cucumber, hoisin, kewpie mayo, peanut praline, and coriander.

Still hungry? Go the “Tupac Chickur” with Southern fried chicken, chilli mayo, lettuce and sesame, and then wash it all down with a boozy slushie (flavours change weekly). 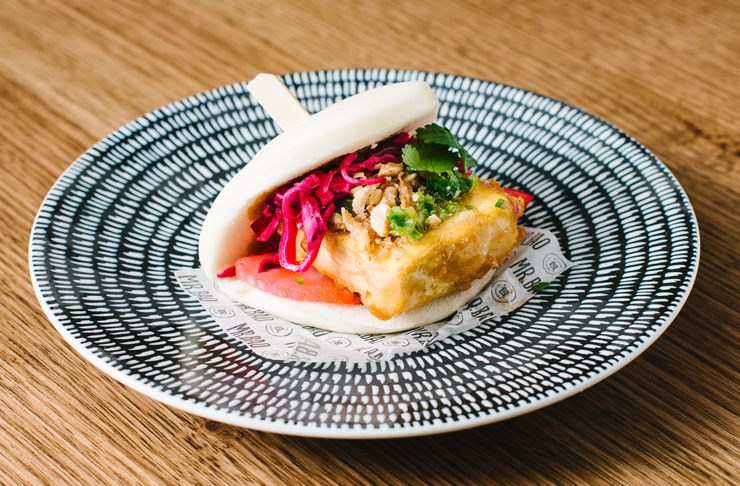 You really can’t go past the pillowy-soft steamed beauties at Darling Square's Mr. Bao Buns. Here, the bao goodness is all about reigniting the street food culture of gua baos (the OG pork belly bao) and combining Vietnamese and Japanese twists within the traditional Taiwanese creation. Longstanding favourites have always been the karaage chicken bao with spicy aioli, pickled red cabbage and coriander, and then the tempura prawn bao with wasabi mayonnaise, pickled daikon, red shallots, and coriander.

Little Viet Kitchen is a restaurant nestled in Manly boasting hawker-style vibes. There are flying plates of pork neck skewers, rice paper rolls, duck pancakes, chicken ribs, and dumplings on the menu—but, for bao fanatics, there’s a long list of lemongrass-infused bao combos, including a chicken and curried coconut morsel, and a veggie bao with tofu and tomato. 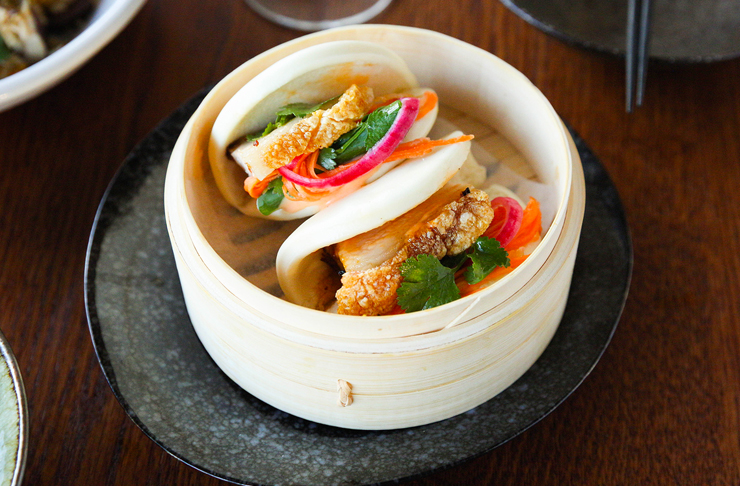 The classic bao at Chubby Cheeks has been our pick of the menu since day dot—and we are still giving major kudos to this bite-sized slice of heaven. Made with crackling pork belly and loaded with pickled veggies and sriracha kewpie, this is the guy we keep coming back to have more of, and we’re not even ashamed to admit it.

Embracing the traditional Taiwanese style, Baodao, which loosely translates to “Treasure Island” in Mandarin, is an institution decorated with colourful walls and lanterns. Their pork belly gwa bao is only $4.50, which means you should absolutely be ordering by the dozen. Alongside this, their juicy pork belly buns are some of the best in Sydney.

Known for their hand-pulled ramen noodles and perfected broths, another superstar on the Ippudo menu is their bao. So while you should definitely work your way through the veggie soba, tori shoyu (a savoury clear chicken broth with bonito dashi) and Ippudo’s creamy tonkatsu broth with signature dashi, make sure you kick off your meal with a serving of Ippudo's bao. Loaded with smoky slivers of BBQ pulled pork, this guy also packs some serious punch with creamy mayo.