Every night can be movie night with the abundance of cinemas dotted all over Auckland. Don’t get us wrong, we love a night in with Netflix but it just doesn’t compare to seeing movies on the silver screen, a bucket of popcorn in hand. Each cinema has its own unique vibe providing a cracker of a day or night out, so whether you’re in the mood for blockbuster adrenaline or a more cosier, intimate experience, look no further.

Here are the best cinemas in Auckland and where to find them.

Let’s start off with one we all know and love, Event Cinemas. They can be found all around Auckland but the one on Queen Street is where it’s at. They don’t joke around when it comes to movie screenings, providing a range of different experiences to make it as epic as possible. Elevate your movie with some wine and a Kapiti cheese plate at the Gold Class theatre or get amongst the IMAX experience of watching the new blockbuster hit on the biggest cinema screen in Auckland.

Shopping is a workout, all that cardio can get the better of you and the best way to rest those legs is at Sylvia Park’s Hoyts Cinema. Get in on their Hoyts Lux experience where you can have an in-dining experience while watching the movie. If you want to just keep things casual, opt for their Xtreme screen, which (obvs) has a massive screen and killer sound system to really take your movie watching up a notch. Of course, we have to mention the ice cream which is none other than Ben & Jerry’s. Who could say no to some frosty cookie dough? 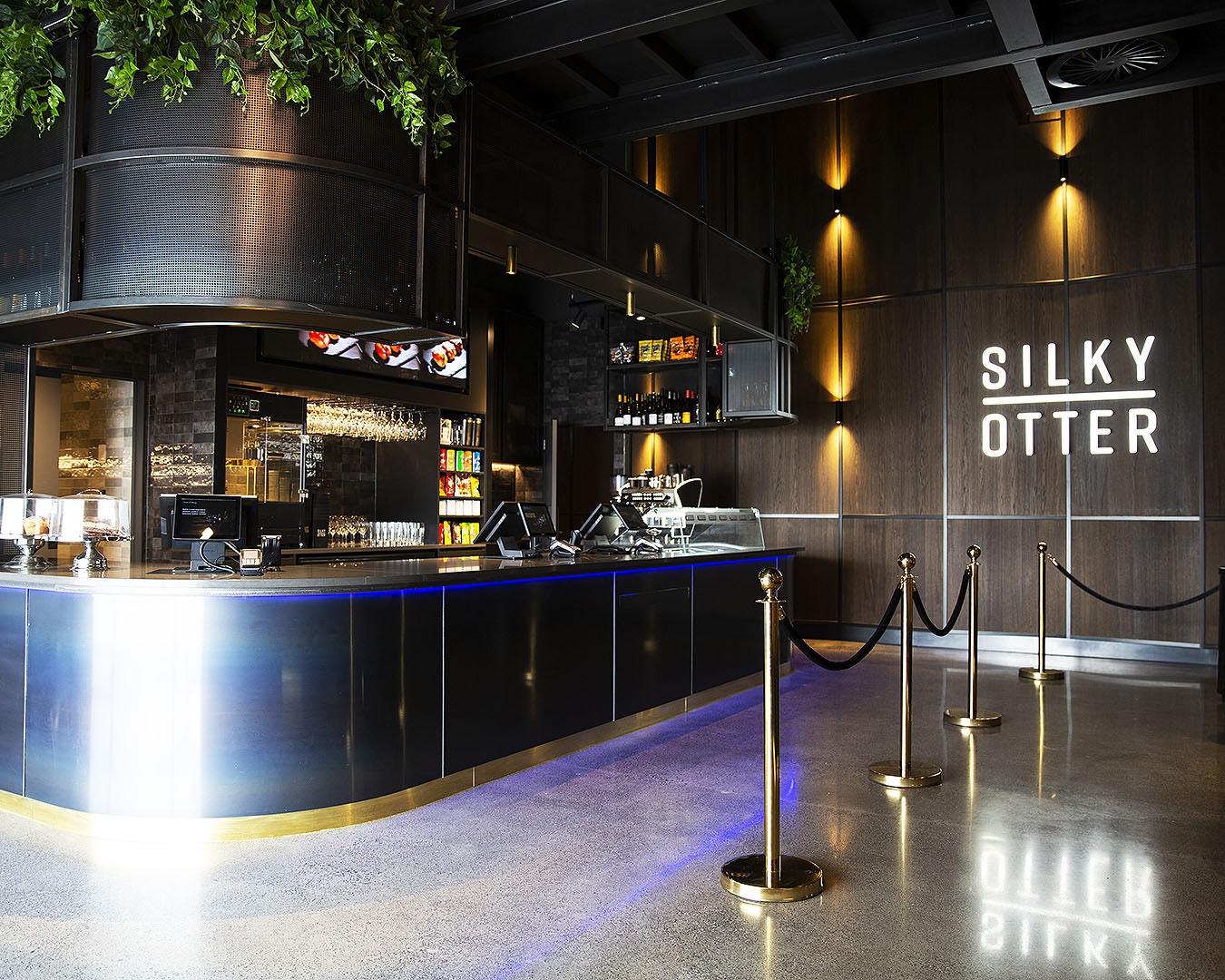 Tucked away at the back of Ōrākei Bay Village, Silky Otter Cinemas is the latest addition to Tāmaki Makaurau’s cinema scene and has quickly established itself as one of the best cinemas in Auckland. A boutique experience without the boujee price tag this is luxe cinema viewing where everyone gets to lounge around in recliner chairs and enjoy chef-made snacks like mini pizzas (including a vegan Margherita), salmon cucumber cups and triple chocolate brownies. You probably never knew you wanted your popcorn cooked in extra virgin olive oil and served with truffle and parmesan but once you’ve had it, there’s no going back. Pop along on a Monday for $15 tickets and bottomless popcorn.

If you like your movies served with a side of beachfront, Berkeley Mission Bay, the last bastion of the Berkeley Cinema Group, now owned by HOYTS, is the cinema for you. With just four screens this is the original boutique cinema experience with a lounge-style bar to hang out in before your movie starts and nostalgic snacks a-plenty. Think candy floss, Trumpets, Kapiti ice creams and Whittaker’s Peanut Slab as well as all your usual cinema treats. It’s all about blockbuster vibes in a boutique setting.

Hidden away in an old Victorian mansion under Auckland City Library, descend a staircase to discover Academy Cinemas, a subterranean cinema that harks back to a time well before streaming services. With charisma, charm and loads of personality, it’s got everything you want in a movie-going experience, including a film club and seriously tricky film quiz, licensed bar, and hand-rolled choc dipped Rush Munro waffle cones. Academy has two screens (the smaller of the two seats just fifteen people) and prides itself on showing Avant-garde, historically significant, boundary-breaking films that span the independent, arthouse and classic film genres. 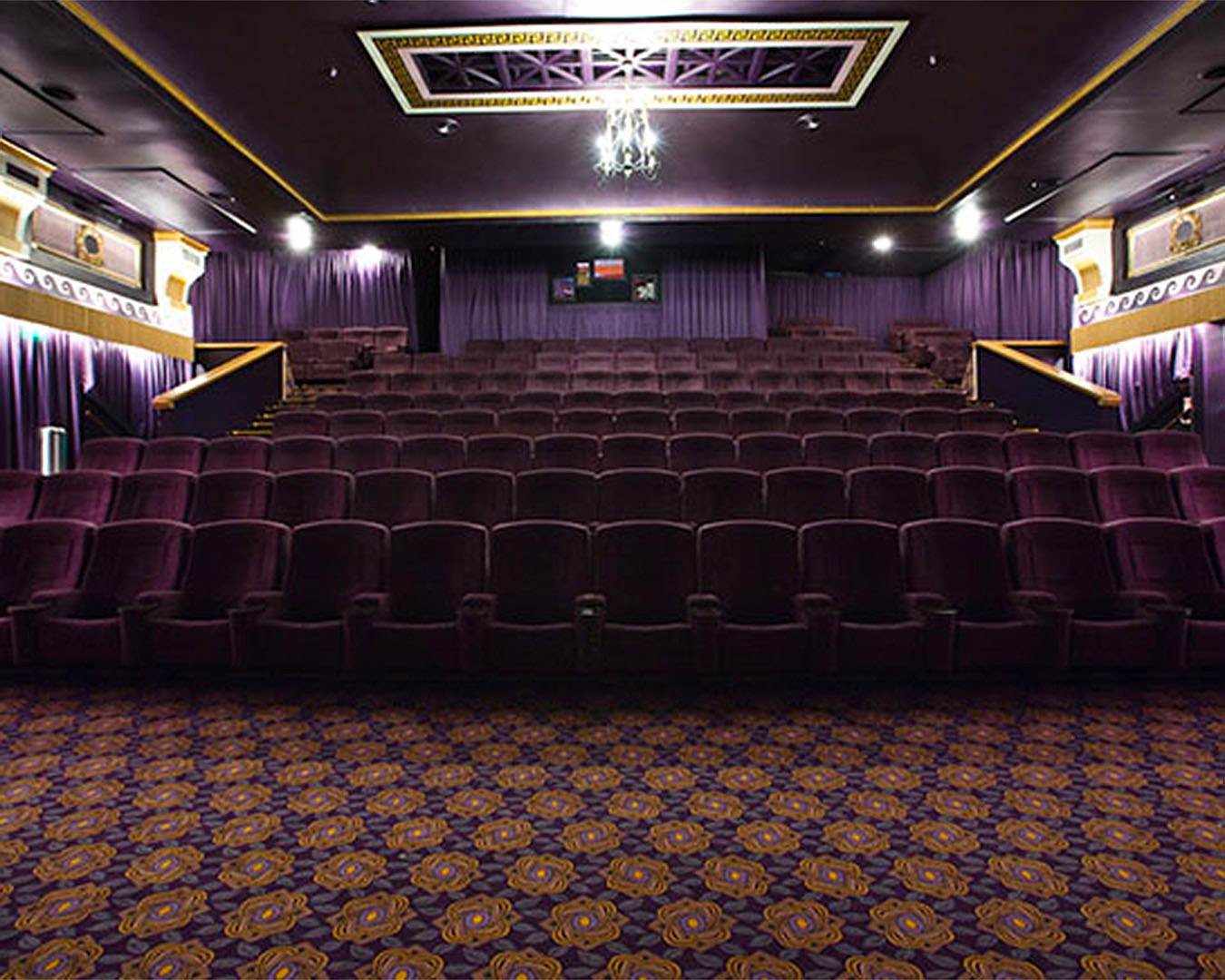 From the outside, you wouldn’t guess the classy décor that this arthouse cinema has in store. With a Greek-style fit-out, dazzling chandeliers and spacious theatre rooms, it’s impossible to walk out of The Capitol Cinema without feeling like royalty. Kick back on their plush purple chairs and get amongst everything from indie to blockbuster hits, washing it down with your fave snack bar items and a glass of vino.

Unlike any other cinema in Tāmaki Makaurau, at Monterey Lounge Cinema you’ll watch movies from the comfort of plush velvety sofas with a slimline table so you can dig into your snacks with ease. This cinema offers all your favourite movie snacks from choc tops to candy bags as well as pizza, garlic bread and dessert doughnuts. Plus, an adult ticket will set you back just $10 on Mondays and Tuesdays.

Speaking of Monterey, the OG was built in 1930 in East Auckland and is still popular today. Catch up with a friend over cake and coffee before the movie, then grab a bucket of popcorn and a glass of wine for the main event. Just when you thought things couldn’t get better, Monterey Cinemas hosts a bunch of festivals throughout the year including Disney Classics. Need we say more?

Situated in quaint little Devonport is the independently run cinema, The Vic. Not only is this theatre a place where they screen films, but it’s also a building of rich history. Established in the era of silent film back in 1912, The Vic has been going strong ever since. For a cinematic experience that begins from the moment you step into the gorgeous building, The Vic is your best pick. Do try their chocolate-dipped gelato. 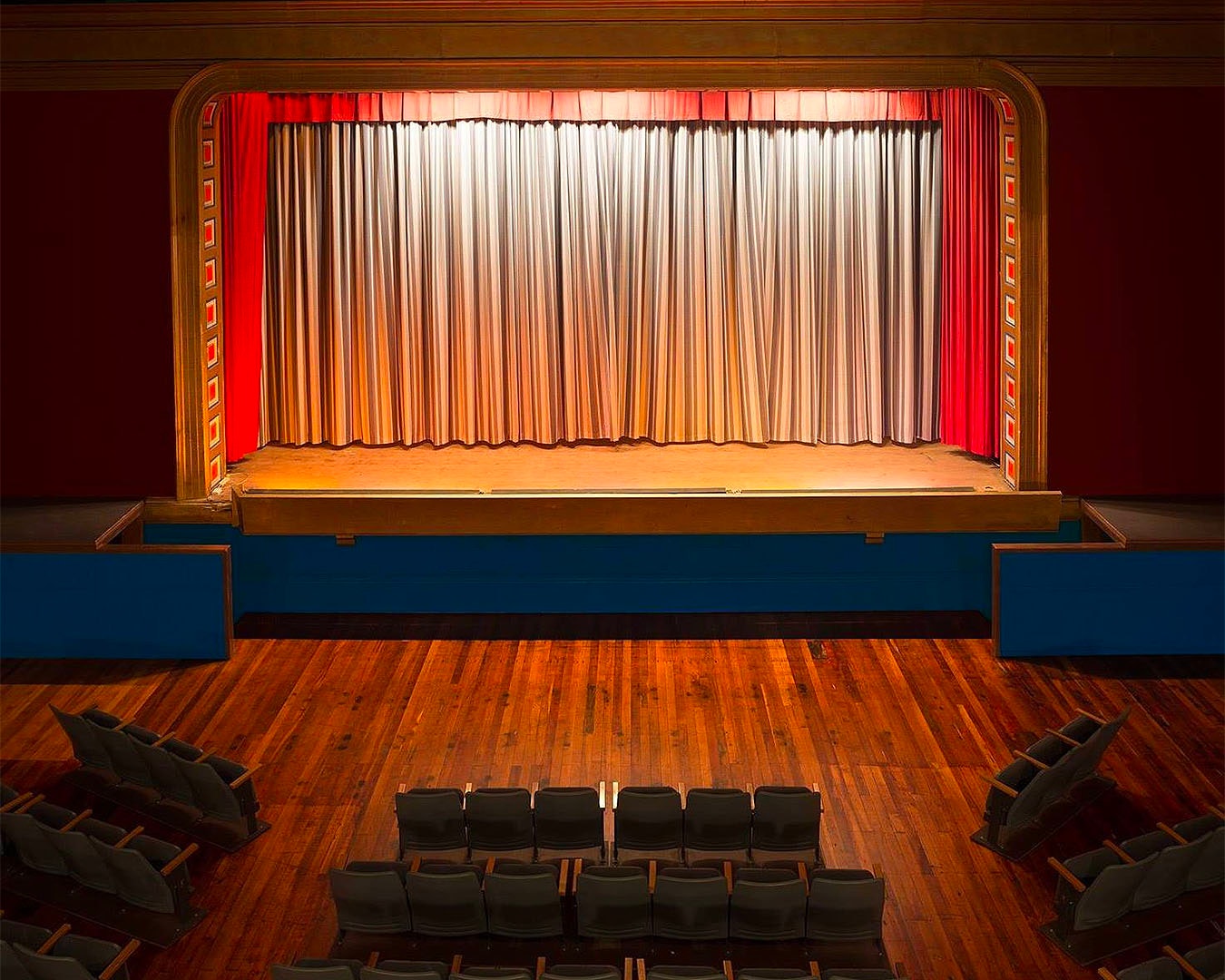 The epitome of cool, The Hollywood is an independent, free-spirited cinema for the love of film. Beginning its life back in 1915 as the Avondale Town Hall this cinema has screened everything from silent movies to digital projection, and it’s the only cinema that can brag it was called the “best cinema in New Zealand” by none other than Quentin Tarantino. For screenings of ‘The Room’ or ‘Rocky Horror Picture Show’ accept no other.

Renowned for their exceptional and personable service, suburban cinema Lido is a favourite among locals. With a fully stocked snack bar of ice cream, popcorn and wine, ample street parking and a selection of critically acclaimed films Lido Cinema should definitely be included on your next date night or day out with the crew.

Bridgeway Cinema has been an iconic part of North Shore history since 1927. Specialising in arthouse cinema The Bridgeway resides in a heritage building and has four screens. Originally called the ‘Onewa Picture Drome’ it was renamed to the ‘Palais’, and then ‘The King’s Theatre’ before morphing into ‘Bridgeway’ as part of a re-naming competition on the radio just after the Auckland Harbour Bridge was opened.

Waiheke Island has its very own cinema but Waiheke Island Community Cinema is more than just a movie theatre. It’s a symbol of teamwork and is fully funded and governed by a board of trustees and movie buff volunteers from the Waiheke community. Screening everything from blockbuster hits to short docos about the local community, it’s a great way to wind down after a wine tour. Kick back in one of their donated couches for a cinematic experience that’s a little bit different. 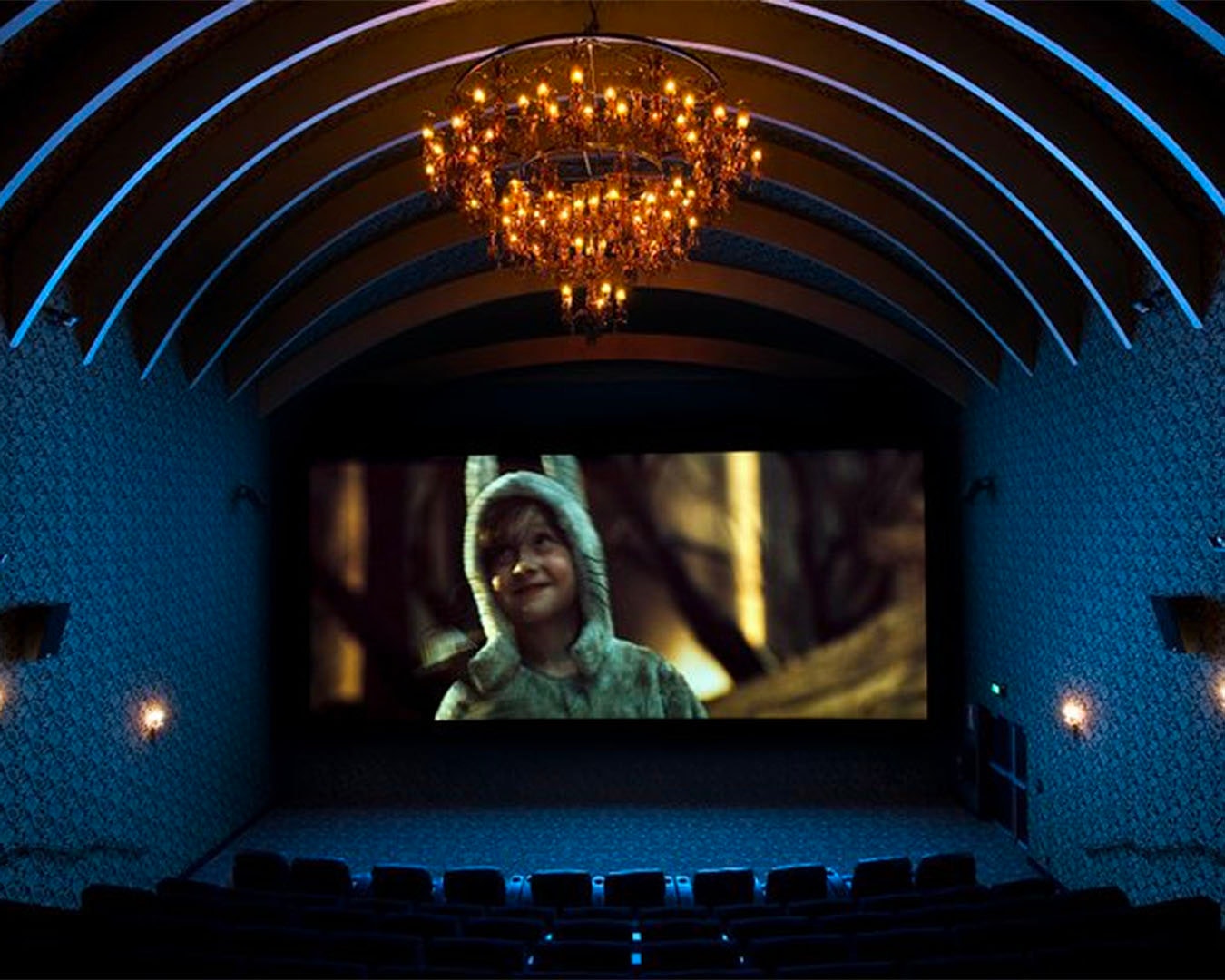 A favourite day trip among Aucklanders, Matakana is renowned for its markets but also just so happens to be home to one of the best cinemas. With a sophisticated interior, lay-z-boi front row seats and welcoming hospitality, Matakana Cinemas, make for a cosy night out with all the snacks and a glass of wine or well-brewed cup of coffee.

Locals in Pukekohe don’t have to take a long drive to get their movie night fix thanks to Cinema 3. Relaxed, clean and with tasty ice cream, it has all the essentials for a mighty fine movie-viewing experience. Cinema 3 is especially popular for its hospitality and its friendly, movie buff staff will make you want to return again and again.

Excitingly, Newmarket is home to not one but two of Auckland’s best cinemas. Just minutes away from Event Cinemas is Rialto, the largest arthouse cinema in Auckland. With seven stadium-style cinemas, popular Film Talk Q&A events and Kapiti cheese platters and ice cream, Rialto is a favourite among film festival stans. We love their comfy seating with practically indulgent legroom.

Located within Lynnmall is Reading Cinemas which is an absolute mega house of huge screens and booming sound systems to get the most out of your experience. The Titan XC Cinema is no joke with its world-class facilities to turn any film epic. But if you’re wanting something more intimate, Reading Cinemas also provide a luxury experience where you can dine on some high-quality eats and swirl your wine glass while watching your film of choice. Noice.

Fancy something a little more... intimate? Here are the best boutique cinemas in Auckland.