Perth’s Best Breweries To Sink Some Beers In This Weekend

One of the oldest and most widely consumed beverages in the world, our love affair with beer is all-enduring and ever-reinvigorated.

WA in particular seems to nurture the relationship well, with a serious surge in the opening of new urban breweries in Perth over the last year and more to come.

We thought it high time to take stock of all the places in our fair city crafting a good brew and offering a homely place to enjoy it. Whether it’s ocean, CBD or bush views you’re looking to enjoy your beer over, here are all of Perth’s best breweries.

They may have been brewing some of WA's favourite beers since 2004, but Gage Roads have only just opened up a public-facing brewhouse for all their frothheads to enjoy, and let us tell you, it's bloody beautiful. Overlooking the actual Gage Roads—the shipping lane between Fremantle and Rottnest Island that inspired the brand—the huge 1,500 capacity brewery, bar and restaurant has found its home in a converted 100-metre-long cargo shed originally built in 1926 that has ample space to explore. But honestly, we're most excited about the fresh frothies—with a 25-hectolitre, 16 tank brew-kit on site, beers will be pouring directly from tank to tap, so grab a fresh pint and take a seat outside to watch the container ships come in. 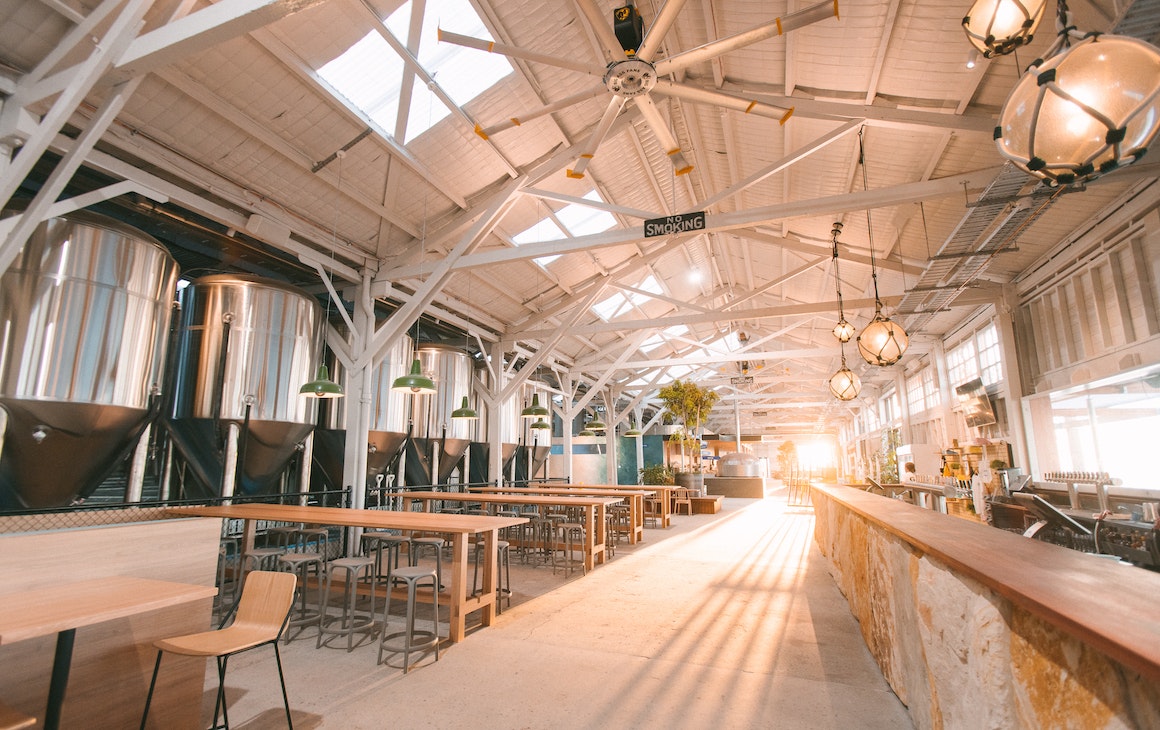 Catering for up to 1000 people, the ambitious new Pirate Life Perth in Perth's west end is the latest opening from the hospitality legends at Sneakers & Jeans (responsible for The Flour Factory, Varnish On King, Caballitos, Hadiqa and Goody Two’s). Alongside the Pirate Life founders, they've spent years transforming the old Sony building on Murray Street, just over the road from Perth Arena and Yagan Square, and the massive space does not disappoint. There are three levels to explore, including an in-house brewery which you can peek into while enjoying a beer, a casual fine dining restaurant, TOMA, where you can get a gob-smackingly brilliant tomahawk, and two private dining rooms. Plus, there’s even more to come, with a basement bar and yard bar opening soon.

Subiaco recently scored a pretty sweet new brewpub in Golden West. Come by for Friday lunch and you'll find the local workers are already well and truly onto it. With a breezy outdoor beer garden, epic "gateway craft" brews on offer and a killer little food menu, it's not hard to see why.

With fresh, modern Australian interiors, paddles galore and 12 specialty-crafted beers to choose from, The Seasonal Brewing Co. is the perfect place for gathering with family, friends or that special someone for a date out of the buzz of central Perth.

Urban brewery Bright Tank Brewing is the brainchild of husband/wife duo and life-long foodies Matthew Moore and Gemma Sampson. Crafting a range of core and seasonal beers, the wall behind the bar is full of taps—so there’s no shortage of options for beer lovers. Their obsession with good food means Moore and Sampson (along with their genius head chef) have ensured this is one Perth brewery where the food is just as good as the brews—and let us tell you, the result is something special. If the word ‘Beergustation’ does things to you, we recommend getting in the loop with these guys ASAP.

Fremantle welcomed another brand new world-class brewery and distillery into the mix last year, in the form of Running With Thieves. The industrial style venue takes pride of place in the historic Sealanes warehouse site in South Fremantle, directly opposite the beach in true Freo style, so you can go from beach to pints in no time. Expect beer paddles, gin flights and a beer-friendly food menu to enjoy in-venue. 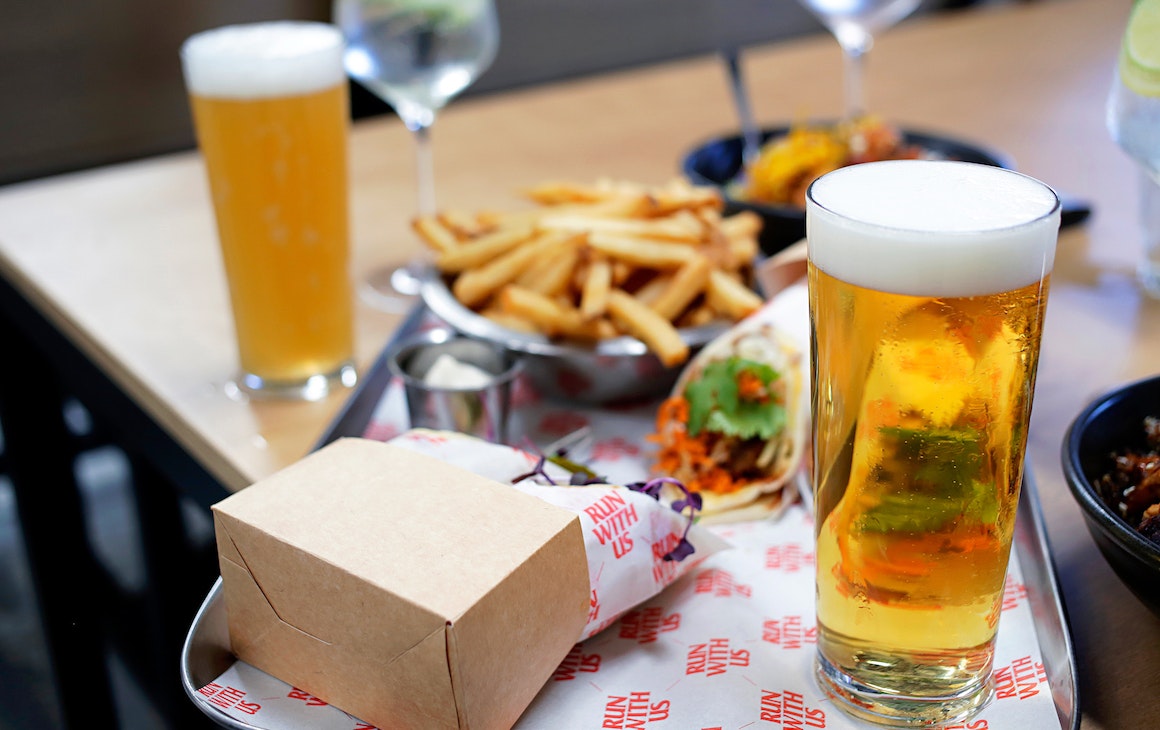 It doesn’t get much better than a family-run operation that is brewing great beer and paying homage to the history of the massive property it's set on; which is exactly what Bailey Brewing Co in the Swan Valley is doing. Founded by brothers Steven and Daniel and their father Geoff, the trio were homebrewing for a few years before nabbing the 10-acre property which is sitting pretty on the corner of Park and West Swan Road. The brewery, which has a 200,000 litre capacity, is headed up by Damien Bussemaker who has spent the past eight years honing his craft at Elmar’s in the Valley, Mash and most recently, Ogdens in South Perth; so he knows his stuff.

After years keeping the Denmark locals and tourists well hydrated, Boston Brewing Co made the move to Victoria Park and thank goodness they did. Open seven days a week, you can get your hands on their full range of beers whenever you please as well as plenty of pub food done right. Think local, seasonal and delicious and you're on the right track.

Born out of a wish to ‘can the feeling’ of a music festival, Otherside Brewing is all about making beers for drinking—beers, ‘without the BS’. While their core range is made up of a classic lager, a session ale and an Indian Pale Ale, they’re also brewing up a whole lot of experimental stuff plus some ‘pilot’ beers that might one day join the fam for good. These guys started out as a one-off brew for a festival, then became heavyweight gypsy brewers, and now you can enjoy Otherside beers at their very festive bricks and mortar brewhouse in Fremantle's Freo.Social. They've also been busy popping up all over town, with their current outpost located in Claremont. 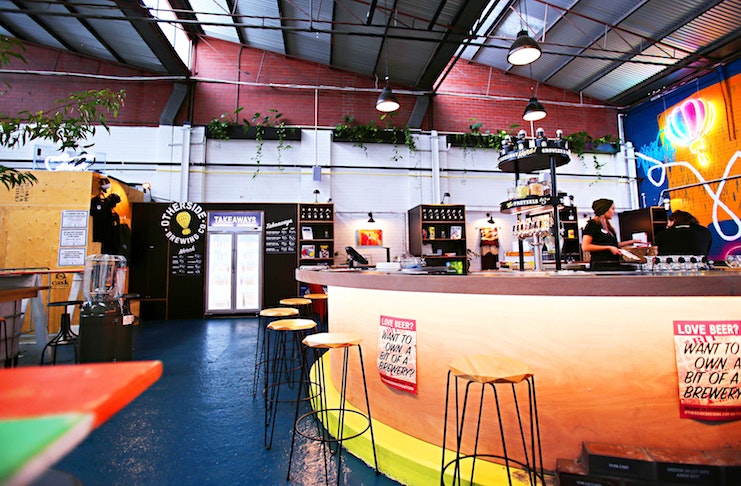 The original Beerland Brewing outpost, Northbridge Brewing Co quickly found itself right at home by serving up good food and exceptional beers seven days a week in a super relaxed environment. Enjoy a beer while looking out over the tank rooms (where the magic happens) or head up to the Skydeck to enjoy your pint over some CBD skyline action. The share plates don’t tend to go astray either!

Any brewpub that has the word ‘rambunctious’ in their tagline is absolutely fine by us. Housed in a refurbished warehouse in the inner up-and-coming pocket of West Leederville, Nowhereman Brewing is coming out with some delish beers that showcase fresh flavours and the depth of the craft. Couple one (or three) with almost anything off their produce-driven menu and you’re onto a winner, people.

The Mindarie marina’s resident craft brewery, the Indian Ocean Brewing Company sources ingredients from all over the world with one priority—the quality of the finished product. Their craft beers pair perfectly with their Mediterranean-inspired menu and waterfront vibes, plus they have a whole bunch of daily drink and food specials that are enough reason to love it alone. 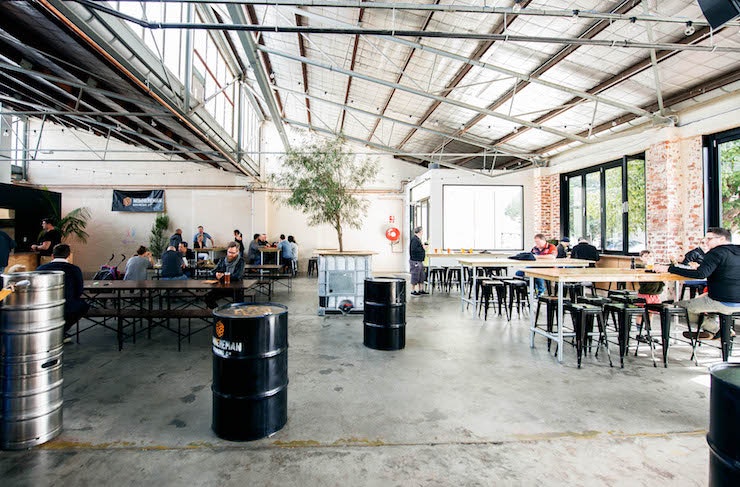 Whitford’s Brewing Co features similar stylings to sister venue and flagship brewpub, Northbridge Brewing Co. The two-storey brewhouse has the same ‘Skydeck’ feature as its urban counterpart, but the Indian Ocean views here are hard to beat and make for a perfect afternoon sipping on Beerland’s award-winning brews.

The grandfather of WA’s craft beer scene, Little Creatures’ quality and charm hasn’t been one bit diluted by the proliferation of urban breweries in Perth. Forever purveyors of delicious brews, laid-back vibes and good times, this is the kind of place you keep coming back to even when the hype has worn off.

When we heard a 2000-pax brewpub was opening right next to the brand new Optus Stadium, we knew it was going to be mayhem. And The Camfield is just that—beautiful, delicious, prayer-answering mayhem. The place is so big that the microbrewery housed within almost gets lost, but rest assured—it’s there, and it’s doling out some pretty fine brews under the Bevy Brewing Co label. If you’re wanting to try the beers alongside a meal, book yourself and 24 friends in at the ‘Brewery Table’—the beer tastes even sweeter when you’ve got a full view of the inner-workings of the place. 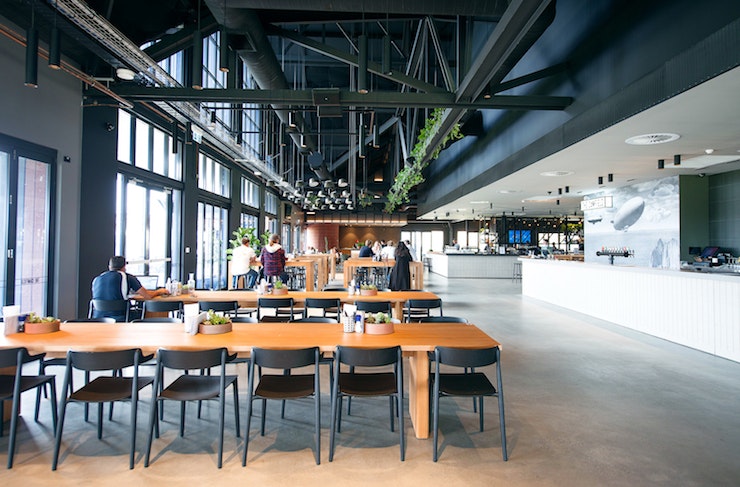 Taking pride of place in Elizabeth Quay, The Island Brew House is your summer go-to, complete with a range of craft beers, a neighbouring pizzeria, and an outdoor stage set to host live performances throughout the warmer months. With killer views over the Swan River and CBD skyline, not to mention a Friday afternoon happy hour that has after-work drinks sorted for the rest of time, this place is bound to be a new favourite.

Open 7am ‘til 10pm on weeknights and later over the weekend, Blasta Brewing Co is all about globally-inspired beers (the word ‘Blasta’ itself comes from Scottish Gaelic, meaning ‘delicious’) and classic pub food. We reckon the Rampant Raspberry Wild Ale and the sticky soy pork ribs would go down pretty alright together. 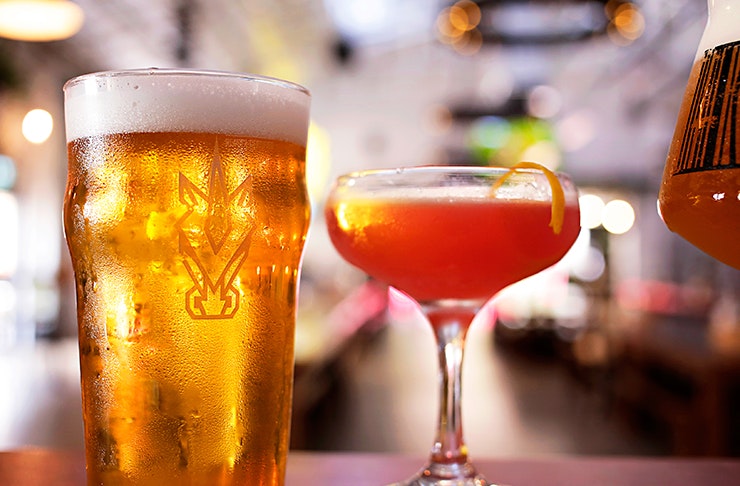 Brewing beers in strict accordance with the 1516 German Beer Purity law, Elmar’s in the Valley is one of the only breweries in town offering a classic German beer hall-inspired experience. Apparently they’re home to the largest glass micro-brewery in the southern hemisphere, and to be honest the copper setup is so pretty we don’t even care if that’s true or not. Pull up a spot in the raised beer drinking area—with glass windows, the views it allows over the brewery and restaurant make for a great vibe. Pair your beers with some delicious German smallgoods or a full-on feast—perhaps the bratwurst plate with mashed potato, sauerkraut and mustard?

Soak up all things beer at Mash Brewing's Swan Valley outpost, their original brewing digs. Sample fresh beer straight from the source or settle in for an afternoon session—their smoked meats go perfectly with a refreshing brew or three.

Run by father and son team, Geofrey and William Ogden, The Windor’s Ogdens Brewery is an ideal spot to kick-back and enjoy their nine craft beers made on-premise. Have a chat to head brewer, Damo, about his latest creations—he’ll even take you on a tour of the brewery on Fridays.

Want to go even further afield? Here are the best breweries in Margaret River.