Sydney is no stranger to a saltwater playground, in fact, we’ve casually racked up over 30 ocean pools, some heritage-listed and untouched since the 1960s.

Throughout this list, you’ll find a batch of natural rock pools, old-school baths and beautifully built landmarks, which will no doubt liven up your brave morning dips or sunset walks.

Here are all the most beautiful ocean pools in Sydney—make a plan to visit for an arvo swim soon. 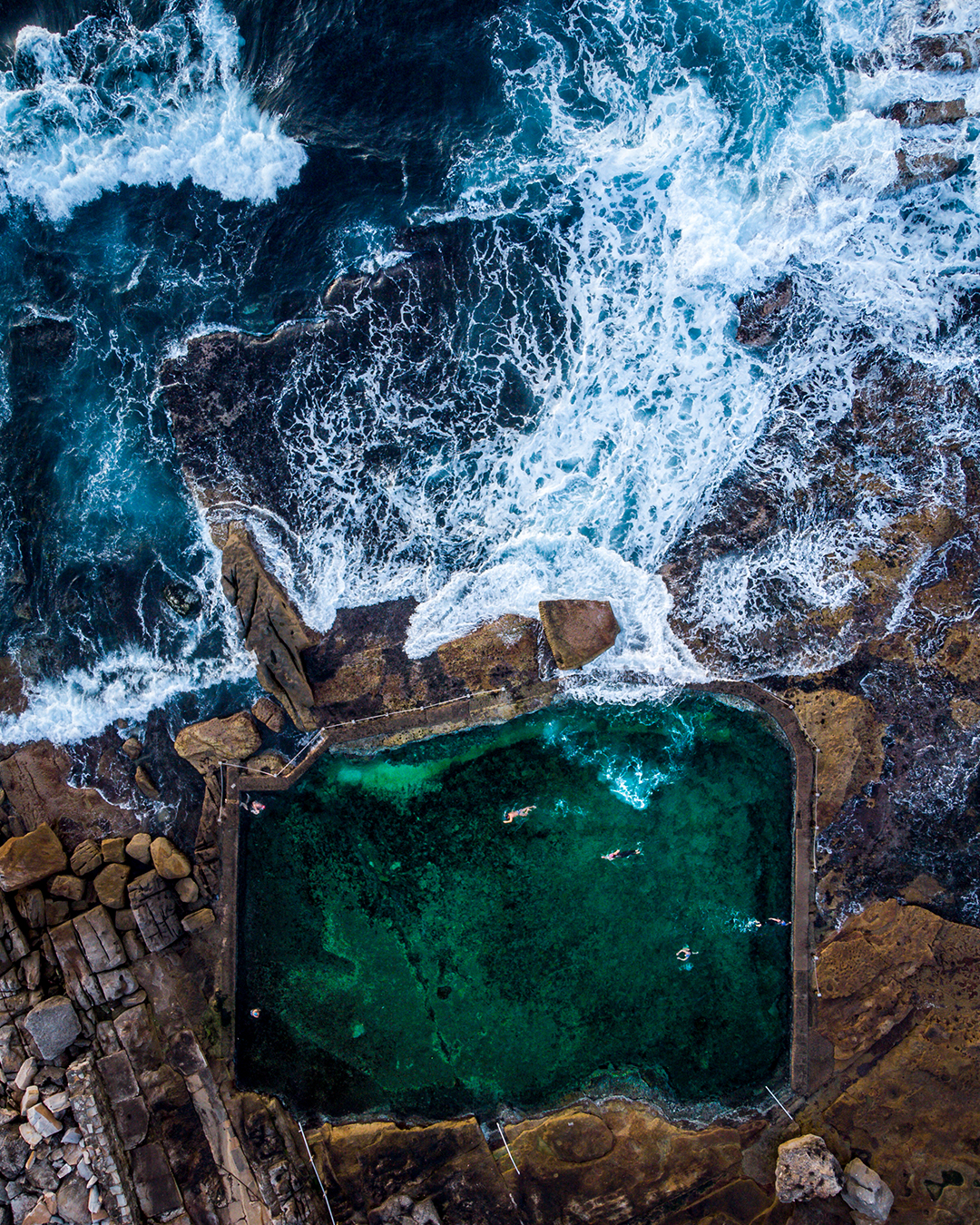 Look, there’s nothing really like walking around the bend of Marine Parade on a cool day to the panoramic vista of Maroubra Beach. Jumpcut to diving into the open seaside goodness of Mahon Pool (if you hit here at around 7am, she’s a misty oasis perfect for a little surfer-watching) and bring your fluffiest towel.

Located on a mammoth cliff face, McIver’s (Ladies) Baths is hidden between Coogee Beach and the iconic Wylie’s Baths (more on that spot later). You can access the pool from Grant Reserve and it sports a brick platform to bake on, change rooms, showers and a small clubhouse—and while you can practically live here throughout summer, she's the perfect place to hit during the winter months too. This ocean pool has a big history having been built way back in 1886 and is the last women-only (and children) seawater pool in Australia.

There’s not much around Bronte that isn’t iconic. We’re talking the Bronte Gully (the dark underworld of every lost football ever), the Bronte coastal walk, the East’s most hectic kiosk in which your only order should ever be a Paddle Pop Cyclone, the age-old train loop (if you know, you know) and of course, the Bronte Baths. We’ll be honest, this saltwater rockpool attracts a manic crowd in summer and gets a good run on the flight path of every Eastern Suburbs drone, but should you rock up during the chilly months, this pool is a clear and quiet vision guaranteed to offer up some serious zen. 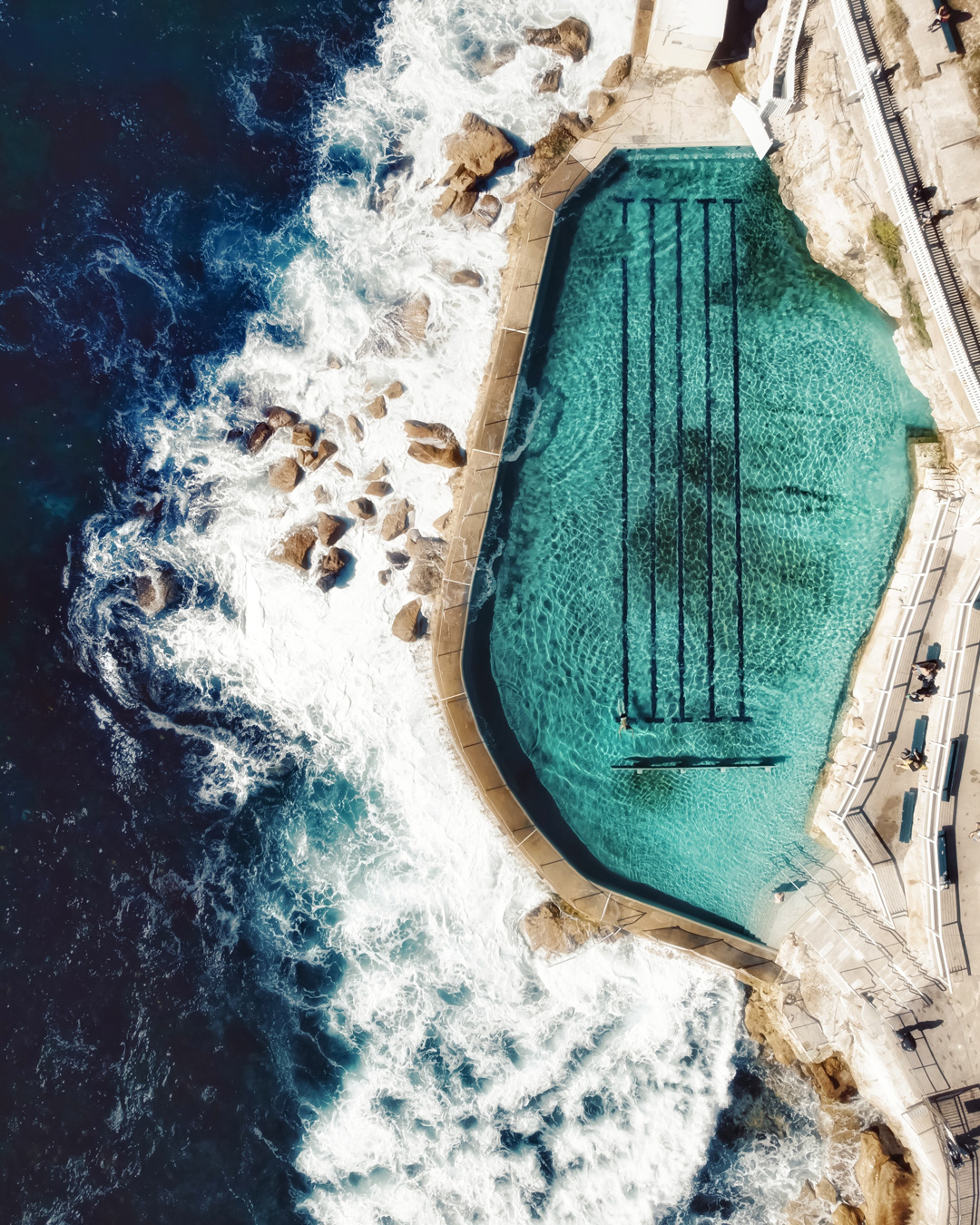 If it’s more than a winter dip that you’re after (good on you), you’ll want to hit up South Curl Curl Rockpool. This exposed Olympic-sized pool (50-metres from start to finish) will add some serious mileage to your lap-odometer (but make sure you don a wetty) and features eight lanes and a dividing wall that dates back over a century. 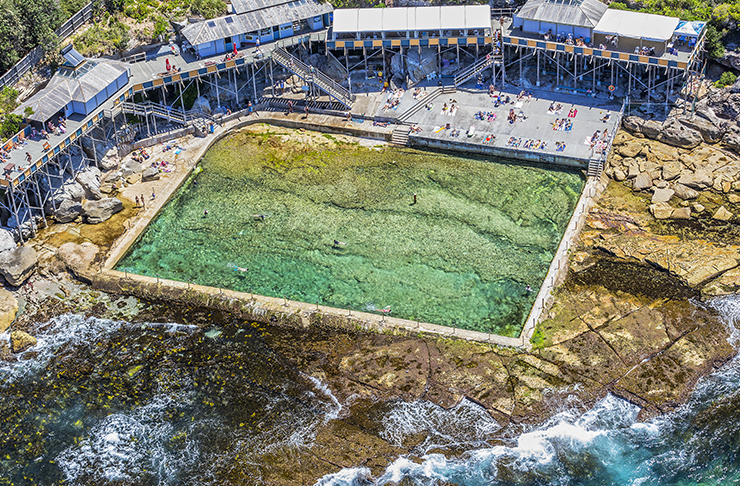 We know, we know. Coogee is a stealthy hoarder when it comes to amazing ocean pools (we’re looking at you Giles and Ross Jones) but Wylie’s Baths, if we had to choose, beats the lot. Founded by long-distance and underwater champion Henry Alexander back in 1907, this seaside pool was one of the first mixed-gender baths in Australia. These days this heritage-listed beauty houses a killer kiosk, pilates, massages, and a cliff-hanging deck with one of the most insane coastal views around — which is great for when it's too cold for a swim. 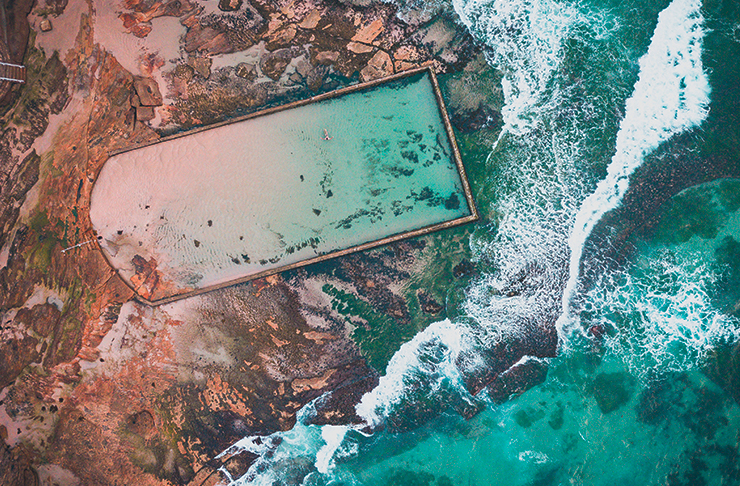 This one’s possibly the most beautiful ocean pool out of them all. Newport’s famous salty pool is 50-metres in length and is lined with BBQ facilities for all your beachside picnic plans. Tides here can be pretty formidable, so make sure you check surf conditions.

There’s a timeworn argument (much like the chicken and egg debacle) around whether Fairlight Rock Pool is a harbourside bath or true Sydney ocean pool—but for the purposes of blissful saltwater bathing (in summer) and just a damn nice place to sip your morning coffee (in winter), we're happy to include it on this list. It features a smaller paddling pool on the side, all the rock space to maximise your lounging time, and a grassy knoll that offers a little respite from the sun (no Bondi, not the grassy knoll).

Icebergs Pool is to Bondi what Kim is to the Kardashians. Arguably the face of the Eastern Suburbs, this iconic landmark has been enticing local lifesavers and swimming enthusiasts since 1929. It’s received a whole lot of love on the renovation and restoration front so you can expect an epic white pool deck, a beloved sauna, and post-swim fuel from The Crabbe Hole Cafe. For something fancier, head upstairs to Iceberg's Dining Room and Bar. 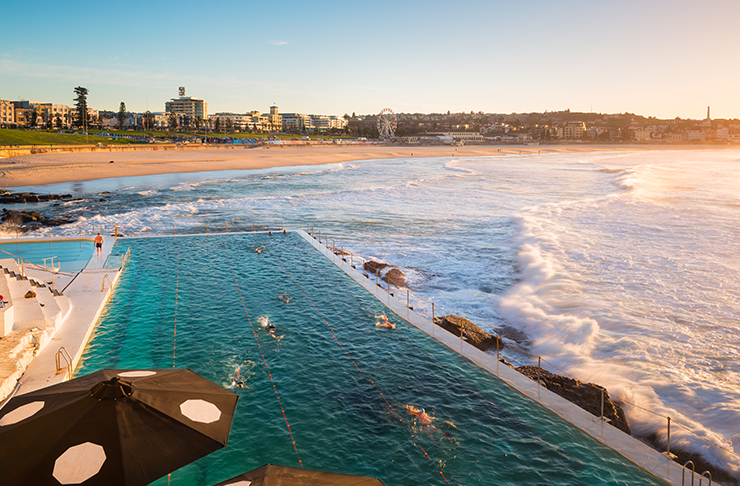 This triangular 20-metre ocean pool is one of the oldest in Sydney and casually rests alongside the Cabbage Tree Bay walking track. It features a famous sculpture known as “The Sea Nymphs” created by Helen Leete and, though a bit too awkward in shape to conquer actual laps, is one of the most refreshing pitstops for a quick swim any time of the year.

Located off Surfview Road at the northern end of Mona Vale Beach is a mammoth rockpool aptly titled Mona Vale Rock Pool. Here, you’ll find two pools worthy of a splash, but we suggest you hit the larger pool, which comes in close to 30-metres in length. It's also a really gorgeous place to hit in winter on a clear day because you get uninterrupted views of crispy sunrises and sunsets.

Prefer to paddle? Here are the most insane places to go kayaking around Sydney.