Amateur sleuths assemble! Here’s your chance to play out some high octane, low stakes, completely immersive entertainment and flex your Houdini muscles within a nice, safe environment at one of Brisbane’s best escape rooms.

Here’s how it works: you and some mates get shut in a room. Relying on only your clever wits and powers of deduction, you’ll search for clues and solve puzzles to find the key to the door before time runs out. If you think this sounds mild, remember that the first Saw movie was basically just two dudes trying to get out of one room, so don’t think this won’t get your adrenaline PUMPING.

Ideal for team building and perfect for anyone who likes living a safe distance from the edge, here are all the best escape rooms in Brisbane.

Fox in a Box

Hailed as the creators of Europe’s best escape rooms, Fox in a Box opened its first location in Vienna in 2013. Since then, Fox has opened over 30 locations in four different continents and set a universal standard for escape rooms as a concept, with high tech systems and brilliant puzzles like the devious 'Zodiac Killer' or terrifying 'Zombie Lab'. Their Edward Street location is the first in Australia, bringing six creative challenges to Brisbane’s sunny streets, and is one of the few franchises in Brisbane that can provide escapism for seven players—if you can get out. Got a bigger crew? Split into two teams and up to 12 people can compete in the 'Prison Break head-to-head' because nothing brings people closer together like being trapped behind bars (and smashing the other team).

Not just an escape room, Arcadium Adventures also doubles as an underground bar, making it the ultimate group experience for you and your code-cracking crew. The objective here isn't to break out, it's to find a hidden treasure, but to do so, you'll still need to keep your wits about you, with codes to crack, rhymes to read, locks to open and all manner of twisted puzzles to solve. The cocktails may not help you with the puzzles, but they'll sure make the recap afterward a whole lot more fun.

Boasting six terrifying scenarios for you to winkle your way out of, Escape Manor is not for the faint of heart. ‘Cabin 13’ is as creepy as it sounds, with groups having to find a way out of a cabin in the woods that is almost definitely haunted. Or check out ‘The Asylum’, which will leave you alone in an examination room after your tour guide mysteriously vanishes. Make a diabolical deal in ‘The Covenant’, dodge the chair in ‘Death Row, or get to the bottom of the winemaker’s secret ingredient in ‘Wine Cellar’. Each scenario is designed for two to six players, so grab a crew.

One of the earliest escape rooms to set up in Brisbane, Escape Hunt has always kept us on our toes. Each game can take up to five players, and centres around a different theme. They keep things fresh with wildly different scenarios that are seasonally updated the current selection ranges from a sneaky jewel theft, to a traitorous day at the racetrack, to a search for pirate treasure. It really is like a choose-your-own-adventure. 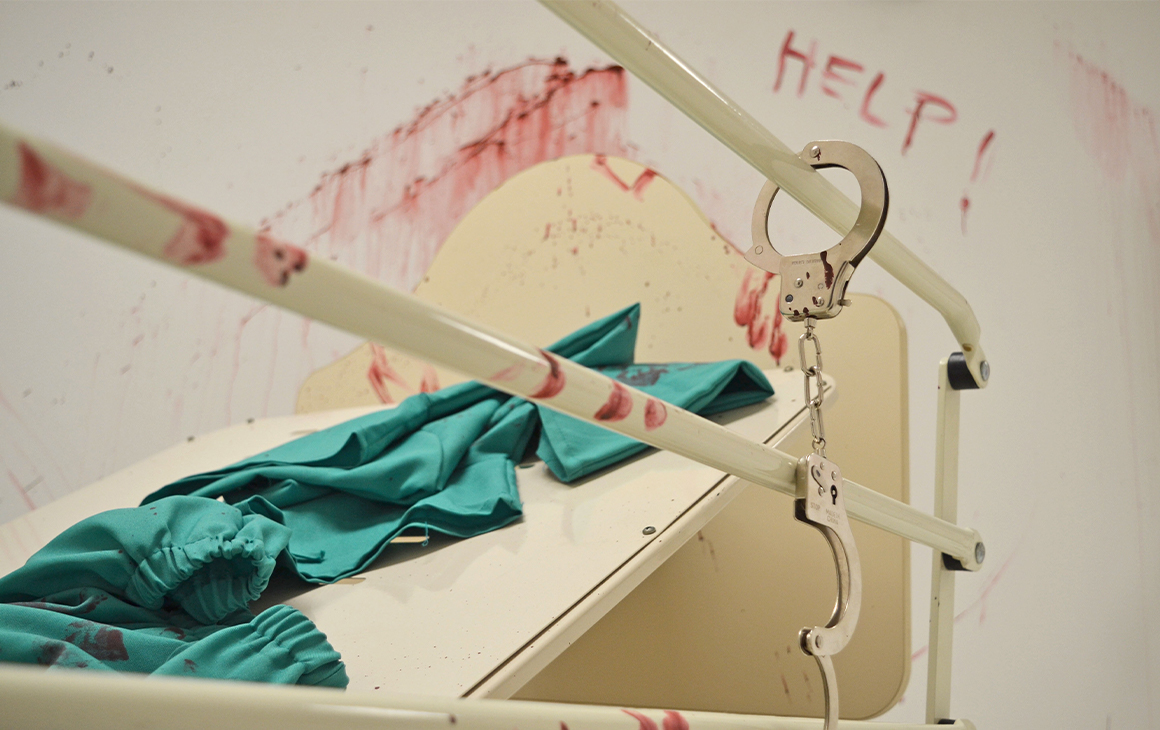 Located down on Cordelia Street, the Quest Room experience centres around three different scenarios, each designed for two to five players. Their first scenario, ‘Sherlocked’, will get your grey matter working hard as a mofo trying to prevent old mate Professor Moriarty from ravaging 1885 London with a central terror attack. Then there’s ‘Escape the Jigsaw’, Quest Room’s scariest experience by far. Aimed at more advanced players, this 18+ room is a nightmare come to life that requires you to find a way out of Jigsaw’s burrow within 60 minutes or come to a grisly end. But if all that sounds a bit too hectic, Quest Room also offers ‘The Lost Tomb’ as a compelling low-stakes treasure hunt that will send you rootling through the secret tomb of Pharaoh Thutmose III.

This might come as a shock, but Strike isn’t just for bowling. Besides their usual offerings of tenpins and beer, Strike in the Wintergarden is also home to three braintickling escape rooms that are sure to challenge you. Ranging in difficulty and levelled at two to six players, Strike’s scenarios will send you back into a childhood fever dream, on an investigation to reprimand a sociopathic serial killer, or in the malevolent deaths of the Red Manor. Whatever your flavour, Strike’s got your back. They’ve even got some karaoke to take the edge off afterward. 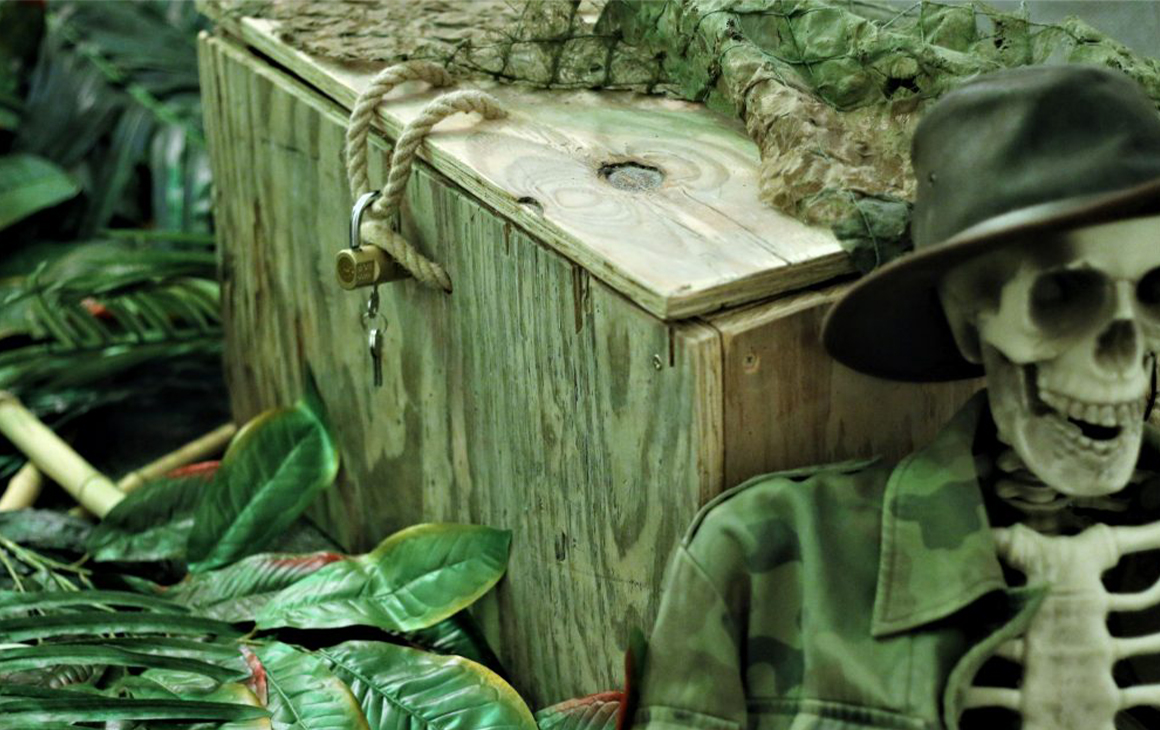 It's in their name so you know there is slim chance of getting out of one of Puzzled's escape rooms without giving the head a good scratch. With a group of between two and six players, you can try and get to the bottom of a missing professor in ‘Mirrored’, escape being the subjects of a devious experiment in ‘Monkey Run’, or find the cure in ‘Dr Irov’s Laboratory’. For larger groups, Puzzled even offer a special Battle Mode that will split the group and pit two teams against each other with opportunities to directly thwart each others’ mission. This option is ideal for up to 12 players so jot this one down for the Christmas party.

Anywhere that purports to have the scariest escape room in Brisbane not only has our interest but our downpayment as well. The bone chilling escape room is called the ‘Executioner’s Toolshed’, and is as creepy as it sounds—players have to solve a series of riddles or get minced by their sociopathic kidnapper. But it’s not all nightmares and trust issues, Seraphim also offers a family friendly break-in to Santa’s Cottage, which is ideal for some seasonal bonding with the extended crew.

Not to be confused with the movie ‘Cube’, Cube Escape Rooms don’t require you to know the powers of prime numbers in order to escape. Cube offers three different escape scenarios, ranging in difficulty and theme to cater to any age. Kids as young as seven can help defuse the bomb in ‘Zoned for Destruction’, while the 15+ crowd can get around the mystery of the sinister librarian in ‘Deadly Silence’. Notably, Cube’s ‘Forbidden Crash Zone’ scenario is suitable for up to 10 players, so it’s perfect if you’ve got a big squad.

Once you've broken out of the best escape rooms in Brisbane, head to these adventurous bars where you can do more than just drink.