There are lots of reasons to love Perth, but one of the main reasons has got to be the plethora of good food on offer that doesn’t cost an arm and a leg. Yeah, it’s nice to splurge every so often, and everyone goes on about Perth being expensive; but the locals know how to hunt out the good stuff on a budget.

This one’s for the penny pinchers, the cheapskates, the scrimpers and savers—heck, it’s even for the filthy rich who just like a good feed. Here are Perth’s best cheap eats.

While it might be a bit quieter than some of the other bustling Chinese restaurants in Northbridge, the food at Old Lane Street Eats is as delicious as it is cheap and copious. Do not miss out on the Roti John, which consists of sloppy (in a good way) minced beef, egg, onion and Sriracha in a bun. Another favourite is the tasty Pad Thai which comes out encased in an omelette, you’ve got to try it for yourself. And yes, it’s BYO.

Definitely one of the only places left in Perth where you can get lunch with a tenner, Toastface Grillah has been doing damn delicious, ultra-cheesy toasties for a while now. Triple cheese for $7, Brie & Jam for $8 or the Danny Zuccho’s (brie, zucchini and prosciutto) for $9. Their little brother restaurant, Lil’ Toastface, serves up just as much goodness albeit from a slightly shorter menu. Still nothing over $10. 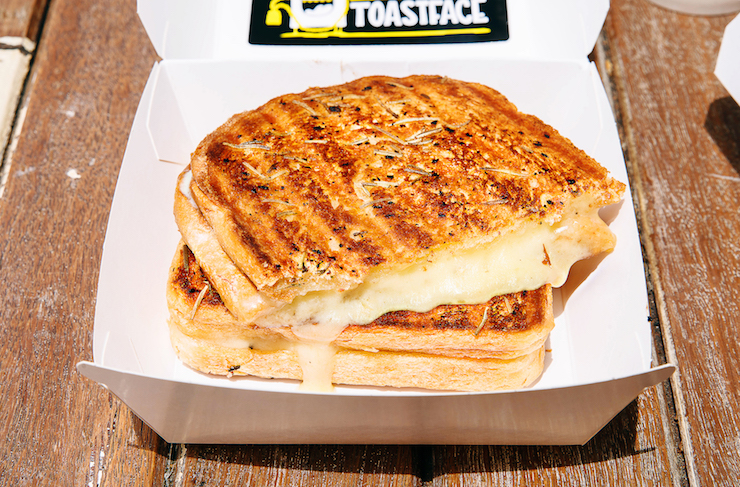 IPPUDO is a classic ramen joint hailing from Fukuoka back in 1985. For just $15 you can be slurping on some world-famous noodle soup, but don’t blame us if you accidentally end up spending more on their yam fries and seared salmon sushi (whoops).

You might think you’ve found Perth’s best tacos, but you have tried the ones at Grand Lane Fish House? Hands down the best lunch option in the city, Grand Lane Fish House is tucked down the lane near Toastface Grillah and dishes out lovingly made fish and chips, fisherman’s boxes and the all-important fish tacos. These tacos are a (very) decent size, the fish inside is fresh and chunky, and you get two for $9.90. The owner is a passionate Brit, and he’s bringing a taste of the UK to the CBD lunch crowd, so you can get goodies like HP sauce on your chips.

If you’re looking for somewhere a bit more upmarket that still won’t break the bank, Pinchos Bar De Tapas should be your first port of call. It’s got that lazy afternoon graze feel to it; grab a wine and some charcuterie before moving into the meatballs and patatas bravas. You’ll be stunned when you pick up the bill and it’s half the price of what you thought it would be... if you don't drink any booze that is.

For authentic Malaysian food at (almost) Malaysian prices, head to Nasi Lemak Korner in either Como or Mosman Park. At both, you’ll find authentic favourites dished up with a contemporary twist. The menu features a selection of traditional Nasi Lemak, plus other favourites like satay, mee goreng and rendang. The house sambal will knock your socks off and they’ll happily load you up with more for free if you’re really trying to spread your cash thin. 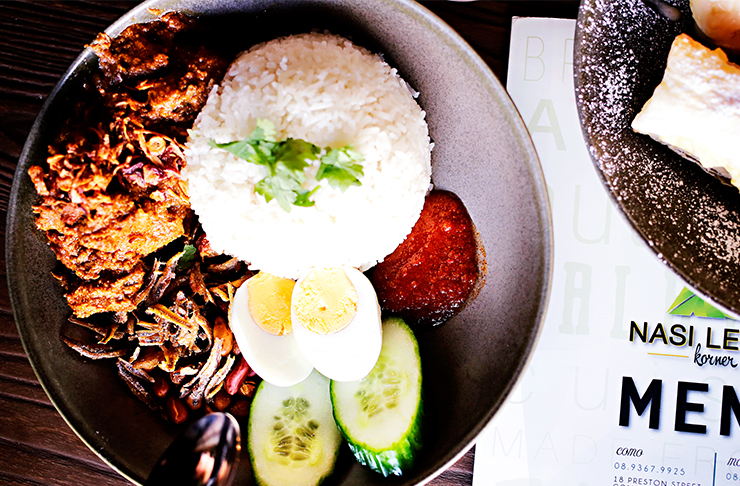 Nowhere cheap has ever tasted so good. Authentic Bites Dumpling House has a line out the door almost every day for a reason, and it’s not just the sub-twenty-dollar menu. Get dumplings of literally any kind here, and wash them down with one of their delicious noodle soups (preferably one with dumplings in it).

It’s hard to imagine a better cheap and satisfying meal than that which you can get at Filos & Yiros. Just thinking about their yiros makes our mouths water; that succulent lamb, bathed in tzatziki and loaded with chips, thick-cut tomato and onion on board to keep things zingy. It’s melt in your mouth, drizzle down your fingers delicious and it’s only 14 bucks.

We aren’t sure which is more pleasing: the taste of Francoforte's Porco Rosso, or its $17 price tag. The number one choice for those wanting to wine and dine friends or family without the price tag, Francoforte is a fun, intimate, casual little eatery offering up homely pasta just like Nonna makes. The best part? It’s BYO.

You might not expect high quality, locally made bratwurst snags in gourmet bread with all of the delicious garnishes to cost you less than a tenner (or maybe you would), but at Run Amok Hotdogs, that’s very much the case. There are some pretty crazy inventions at this BYO joint, which makes for a fun night out that won’t strain the finances. 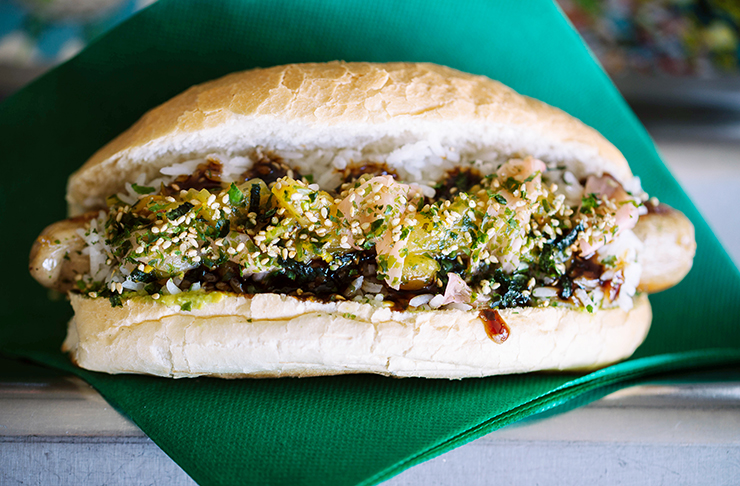 No matter what anyone says, Taka is absolutely never going out of vogue. It’s always been a solid cheap eat favourite, and if they keep pumping out their extremely serviceable sushi and rice-based dishes at an almost unbelievable pace and price, it always will be.

This place is one of the busiest restaurants in Perth, and upon scanning the menu it is not hard to see why. Aside from the delicious noodle soups, vermicelli, rice and meat dishes at Viet Hoa being some of William Street’s best, the prices are almost jaw-droppingly low. Grab your friends, some BYO drinks, and make a night of it.

Backing it up with something that’s actually nutritious, $10 will buy you no holds barred access to a delightful smorgasbord of vegetarian Indian food at Govinda’s Hare Krishna. There’s no reason not to love this place.

There’s a lot of pizza to be enjoyed in Perth, but few that really layer on the cheese and turn up the grease factor in true New York style. Mack Daddy’s is holding it down at the southern end of Beaufort Street; you can grab an enormous pizza that’ll easily feed two for as little as $23 or a giant slice for as little as $6. 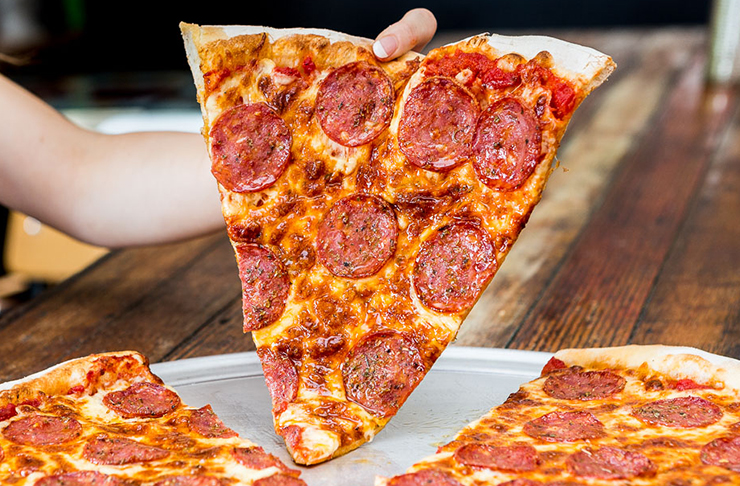 Look, if you go the full shebang it’s true that your bill at this place can add up. But stick to the essentials and we promise—Good Fortune Roast Duck House will serve you up the cheap meal of your life. We’re talking one whole roast duck (split between two, that’s just $23.50) with rice, or if you’re really skint, the large roast pork is just as tasty. Otherwise, head in at lunchtime to take advantage of the incredibly good $6 special.

And if you want more, here are the best free things to do in Perth.