10 Of The Best Cafes In New Farm And Teneriffe

The cafe and restaurant scene in our beloved Brisbane is really starting to turn it on, and nowhere more than our favourite leafy suburb, New Farm. The cafe all-star ‘burb of our city, there are just simply so many bangers here that we had to dedicate a whole list to them.

Whip out your trendiest outfit, these are the best cafes in New Farm (don't come for us, but we’ve grouped in neighbouring Newstead and Teneriffe too).

One thing about New Farm cafes, they’ve gotta be aesthetic enough for your ‘gram, and Mylk & Co have certainly met that brief. With a neighbourhood cafe vibe at heart, this unsuspecting powerhouse is not only whipping up the perfect post-workout acai bowls and smoothies, but also silky coffee, baked and raw treats and fully-fledged breakfasts and lunches.

You’ve definitely driven past Blue Bear Coffeehouse on James Street before and wondered what was on the menu, but it’s time to make time to finally go inside—if you can score a table, that is. There’s not much that the manicured hands of New Farm will physically go tooth and nail for, but Blue Bear Coffeehouse’s waffle eggs benny is one of those things. Roves of 5-star reviews share our sentiment and that is that Blue Bear Coffeehouse is a home run hit of a cafe. God-tier coffee aside, the menu is delicious yet innovative and the atmosphere could not be more welcoming. 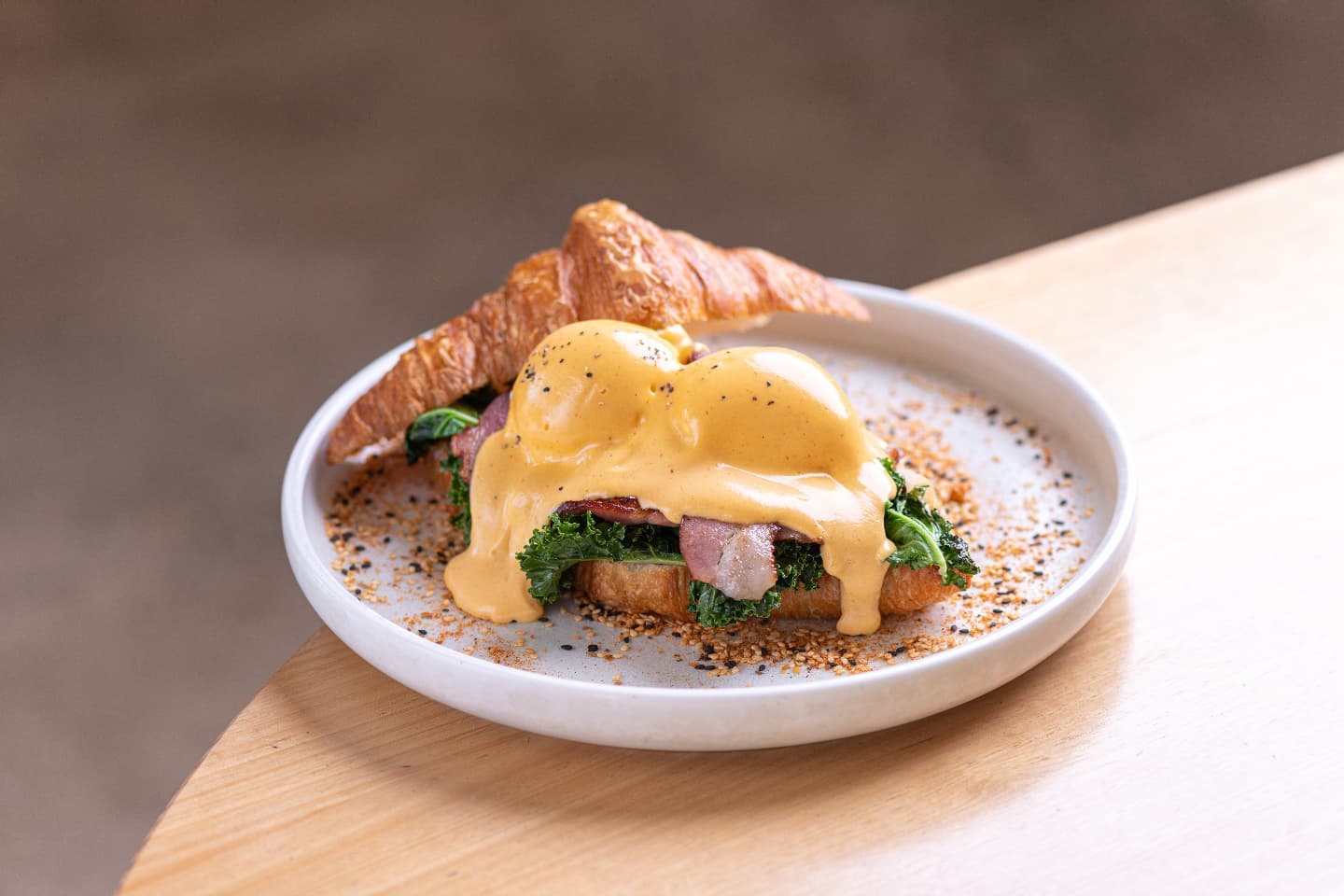 Inside a small playfully branded cafe-front on busy Brunswick Street, a giant neon sign perched on pink walls reads, ‘excuse me miss’—this is Miss Jones. You might be lured in by the pink walls, but the eats here are honestly out of this world. Pull up for brekky and you'll snag brunches like lemon hotcakes loaded with vegan lemon curd, vanilla gelato, spring fruits, vegan caramel and Persian fairy floss. Seriously unreal.

Across the road from New Farm Park sits Joedy’s,  the perfect Saturday morning post-dog park cafe. Locally sourced everything makes its way into the absolute 10 of a menu, as well as little bits and bobs for sale on the shelves like housemade chutney, banana butter or pink Himalayan salt body scrub. Speaking of that menu, this one’s for everyone, from classics like a breakfast burger on a milk bun to the mouthwatering miso mushrooms with beetroot hummus, truffled ricotta, salsa verde, porcini, dusted egg and a generous sprinkling of parmesan. 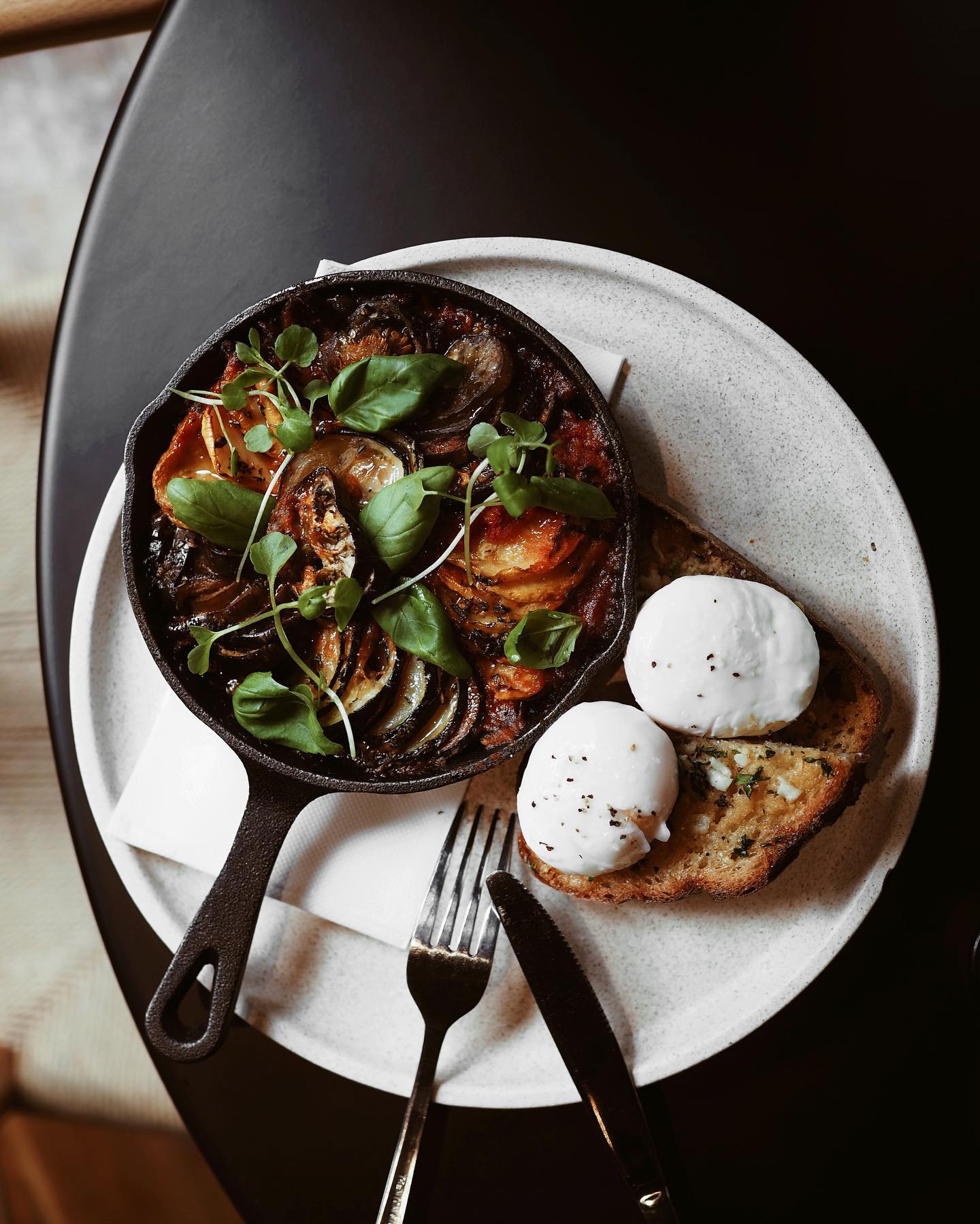 Somehow, Kin & Co has a Melbourne-laneway feel, even perched on one of Teneriffe’s leafiest streets and with river breezes to boot. Add stellar coffee and food that’s just downright delicious, and we are so so in. The shakshuka catches our eye every time, not to mention the downright obscene blueberry hotcakes. In a rush? Swing by the street-facing takeaway window for a convenient refuel-on-the-run.

Come one come all, to this vego and vegan paradise. Dicki’s on Brunswick Street is your one-stop shop for unbutton-the-jeans level good plant-based food. One of our favourite morning eats is the breakfast burrito that comes with spiced rice, scrambled tofu, black beans, spinach, salsa and a hash brown all wrapped up in a soft tortilla. If you can’t smell the vegan goodness a mile away, they’re unmissable thanks to their signature turquoise signage and the hoards of dogs and their owners parked up out the front. Yep that’s right, they’re pet friendly too. 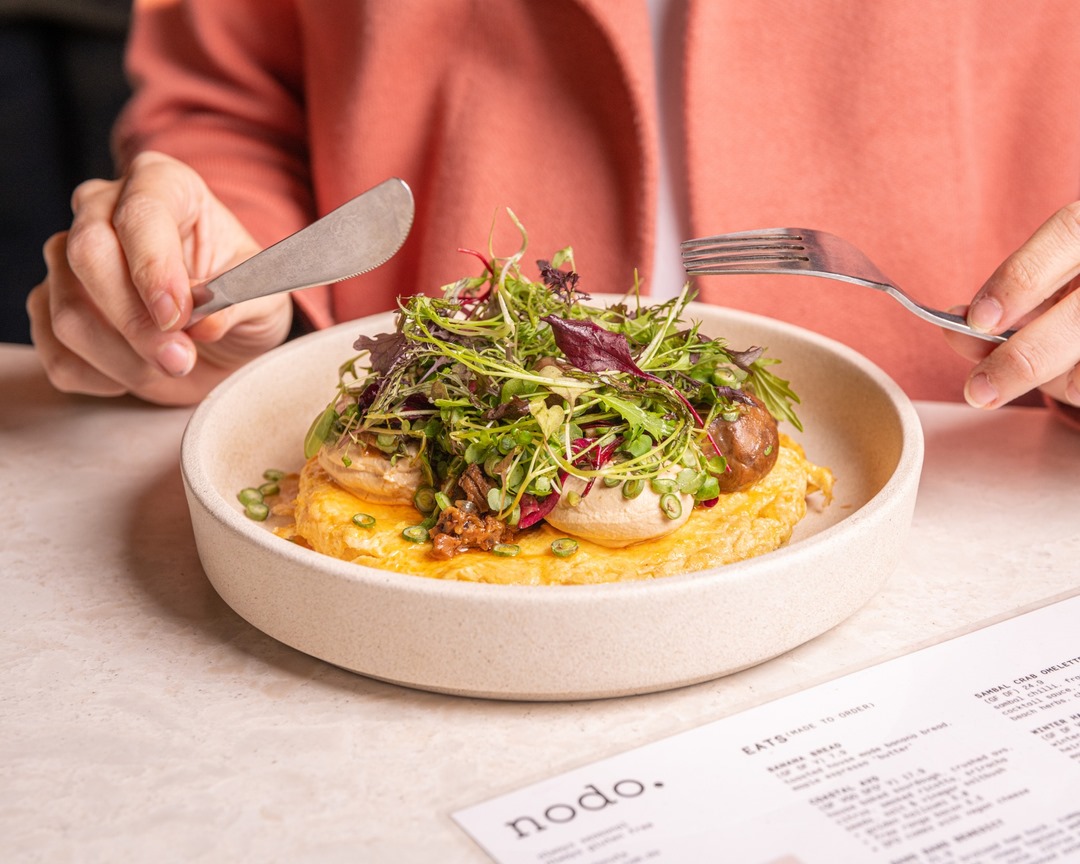 Waltz on in to crowd fave Nodo for unreal gluten-free baked donuts and, even better, full-blown breakfasts. Didn’t know Nodo did actual brunches? Well it’s about time you did—and tried them. Just as friendly on dietary requirements as their sweet treats, the menu features the likes of baked peaches and cream French pancakes, and XO mushroom omelettes with miso whipped tofu. Get in early on weekends because the locals already well and truly know what’s up.

After a lengthy hiatus that was downright way too long for the New Farm community, Pablo is back and like a true phoenix has absolutely risen from the ashes. A quick stalk of the ‘gram reveals what sort of heavy-hitter we are dealing with and the drool-worthy treats on offer. Their fan base will tell you that you have to order a certain smashed peas dish, but we also wouldn’t turn our nose up at the cinnamon and maple waffles with lemon curd, coconut ice cream, poached apples and nut crumble. 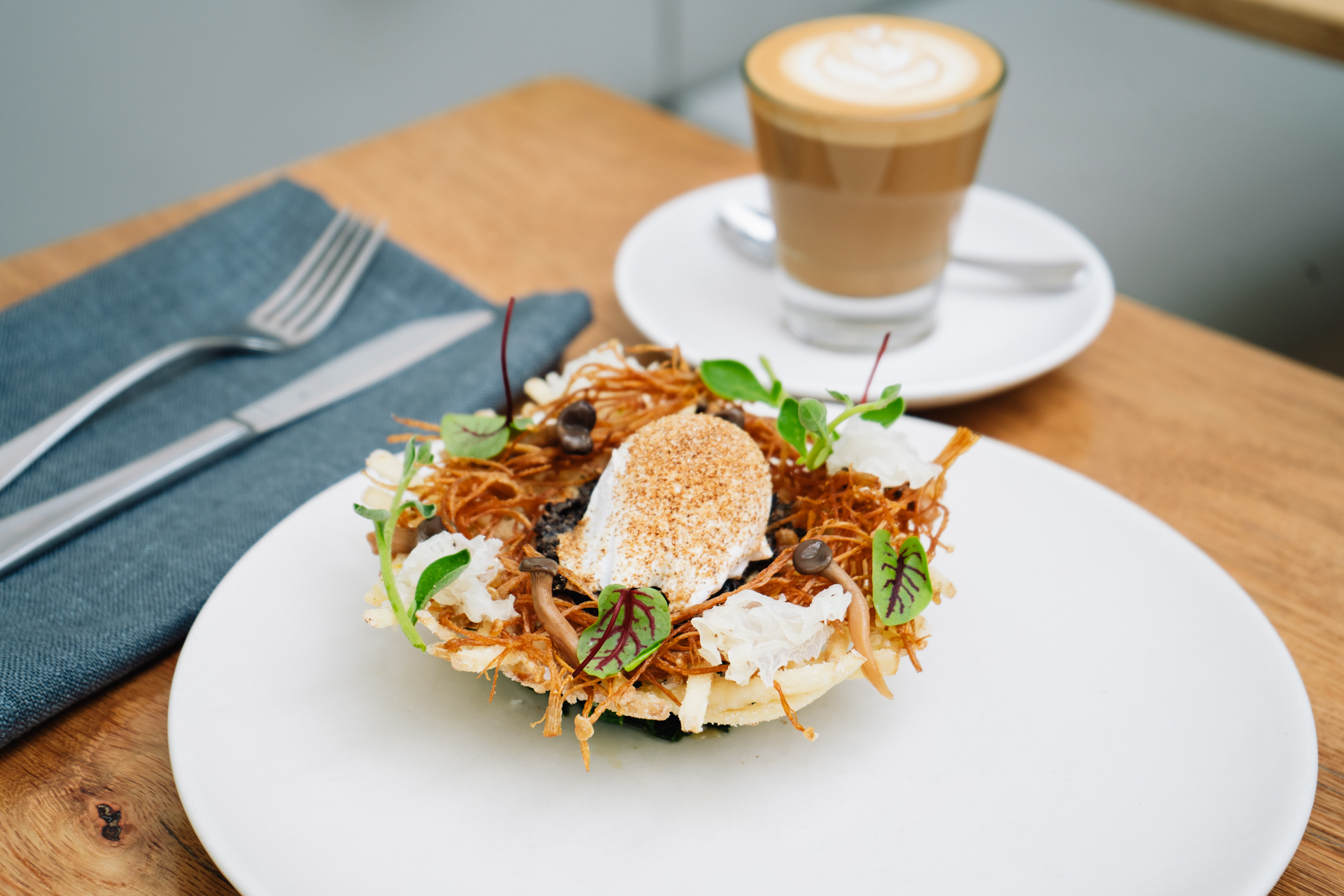 In terms of aesthetic points, no one scores higher than Industry Beans. With a venue straight out of an architecture magazine, Industry Beans is all about that perfect shot of espresso, and their counter is lined with futuristic machines designed to create just that. If coffee is your thing, this may be your Disneylan—all the brews, beans and coffee combos you could ever think of call this skylit almost-lab home. Don’t get too caffeinated though, because there’s also an impressive food menu on offer that should not be missed.

For 25 years, The Moray Cafe has been parked squarely at the roundabout at Merthyr Road and Moray Street—more recently coined as Brisbane’s most livable street. Though the cafe has been through a few hands, they’ve been around a long time simply because they know what they’re doing, and boy do they do it well. A quick glance at the menu turns into a half-hour long deliberation—you try choosing between the zucchini potato stack and the Finnish-style banana pancakes, then get back to us. Meanwhile, we’ll be sipping on bottomless mimosas for $25.