It's rare that a week goes by without a new opening here in Australia's dining capital, and no matter the persuasion of your palate, you'll be spoiled for choice no matter which side of the river you're on.

From Richmond, St Kilda, and then into the northern trend traps of Collingwood, Fitzroy and beyond, Melbourne's best new openings for 2023 can be found right here.

We've all experienced the inundation of Instagram content from Melburnians at Totti's when visiting Sydney, the table filled with plates of antipasti with negronis and spritz scattered throughout and of course, that show-stopping wood-fired flatbread front and centre. The journey north will soon be a thing of the past with Totti's announcing they'll be opening up in Lorne on the Great Ocean Road this coming March. The new opening is part of the Merivale Group's expansion of the century-old Lorne Hotel, with Totti's being a major component of the development. The new Victorian venue will feature several of the notable Totti's favourites but will also showcase local produce through a range of new dishes courtesy of executive chef and Surf Coast local, Matt Germanchis. Keep an eye out for all Totti's updates over here. 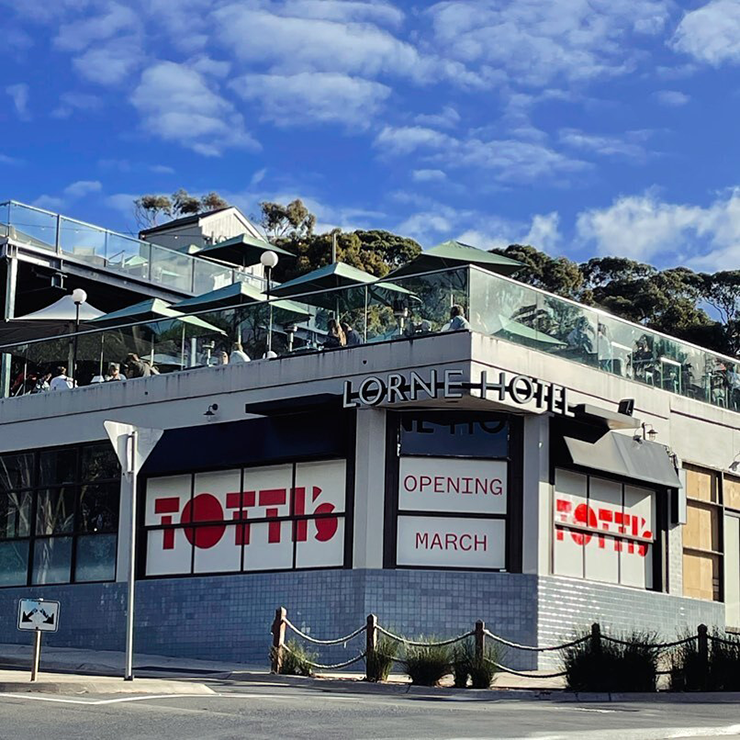 The team behind Elwood's Repeat Offender has just added another feather to the cap, this time on St Kilda's Carlisle Street. Like Repeat Offender, their newly minted venue, Rufio, will offer up an entirely gluten-free menu with a Latin spin. Up top you'll find standouts like red snapper ceviche, slow-cooked charred octopus and a Glazed Pork Belly with pineapple, crackling and spicy peanut sauce that'll have you raving for a second serve. On the booze front, there's a menu reserved solely for Margaritas, as well as a considered list of local and international wines. Find Rufio, and its charming rooftop at 188 Carlisle Street, St Kilda. 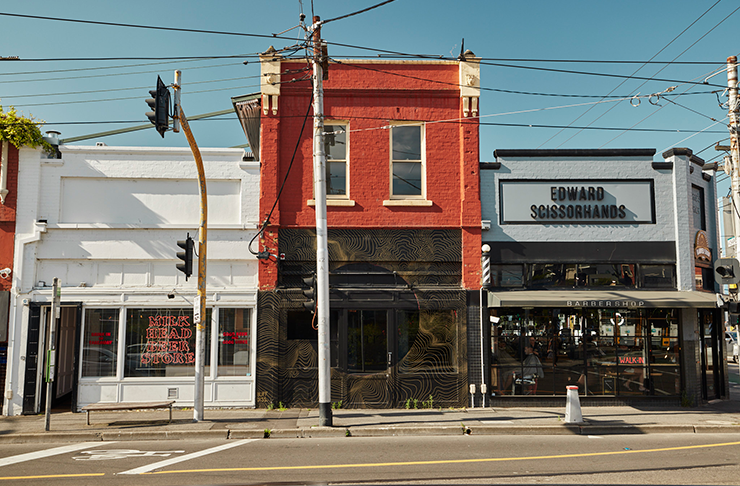 Melbourne’s newest east-meets-west culinary precinct is taking up residence in the leafy suburb of Box Hill. The project is called SKY SQR and it is set to be a vibrant but diverse celebration of food, family, life and culture. It is designed to engage the wider community of Melbourne by providing an inclusive precinct that shares the traditions around food. The Asian-inspired Hawker Lane will take you through a journey through Asia with street-style food offerings before crossing over to a European-esque courtyard hosting a restaurant and cafe dining scene reminiscent of the famous plazas of Europe. The details around specific vendors are still in the works but we early info looks to point to a range of noodle, Pho and Bao bun options. But the centrepiece of the three-level project will definitely be the outdoor plaza and entertainment area which will host exciting events, art installations and cultural activities. Meanwhile, the upper floor will feature lifestyle, retail and services. In a true Melbourne style, SKY SQR will be completed with a central plaza and laneway concept that hopes to awaken visitors' senses through sight, taste and sounds at every turn. Head over here for more. 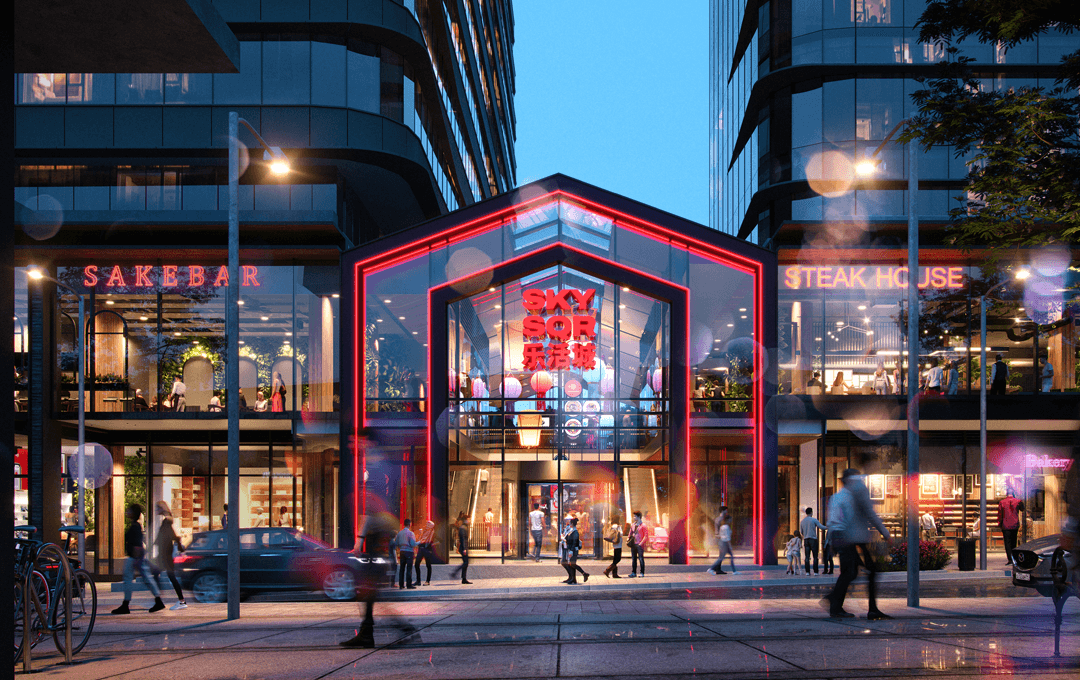 Melbourne's leafy pride and joy, be it cutting laps on its exterior or buried within its flora and fauna the 'Tan' is a hallmark of the city. The garden's cafe has recently been taken over by the Darling Group, the minds behind some of Melbourne's top cafes including Top Paddock, Kettle Black and Higher Ground. Reopening as 'Terrace'. With a completely new look courtesy of Technē Architecture, the cafe, kiosk and event space will resume the custodianship of the 170yo venue. Inside you'll find familiar favourites from the Darling Group, foremostly the blueberry and ricotta pancakes as well as brunch plates like an avocado Tarte Tatine, chilli-scrambled eggs, fresh-made baguettes and more. The entire space fits up to 234 people across its outdoor terrace which overlooks the ornamental lake as well as the botanical-inspired interior. As well as the permanent structure, Terrace will also operate coffee carts at the various entry points to 'The Tan', so you can circumvent the gardens with a brew in hand. The Terrace is open now, head over here for more. 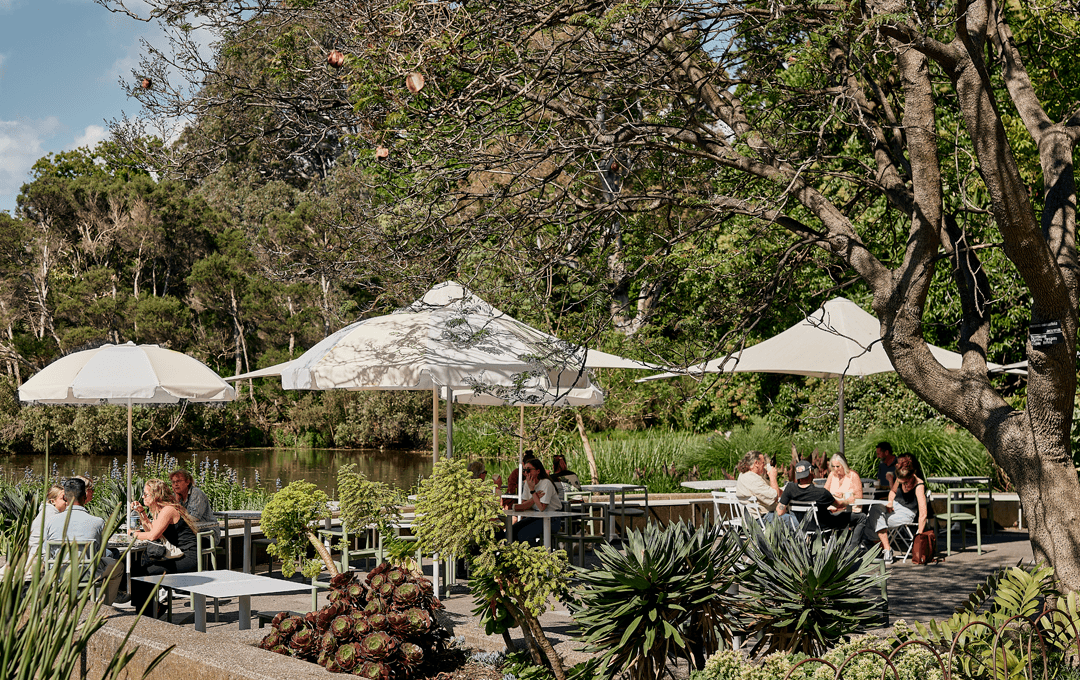 After its deep hibernation through Melbourne’s frosty period, Arbory Afloat has readied the ship to welcome crowds back on board. This year’s iteration is bringing some serious Hot-Euro-Summer to Melbourne with an Ibiza-inspired beach club. The entire pontoon has been transformed into a homage to the indulgent Spanish Balearic isles with a menu loaded with specialties from across the region, including Ibiza, Mallorca and more.

Summer 2023 also sees the Arbory Afloat pool reopening for the warmer months. This year leaning into the Balaeric beach club themed and adorned by day beds, palm trees and cabanas, the infinity pool will be open for business (and swimming) from now throughout the season. Hit up the Arbory Afloat Instagram for swimming times.

Arriving as part of Chadstone's near $70 million development, Piccolina will be launching its first gelateria in Melbourne's southeastern suburbs. Situated inside the mammoth new 'Social Quarter' addition to the shopping centre, the gelato boutique is opening a tidy 25sqm kiosk. Although small in stature the all-new Piccolina will still feature all the bells and whistles with a full menu, rotating specials, chocolate taps, cream machine, and cake display fridge, "'It's tiny, but we're packing a lot into it' says Piccolina founder", Sandra Foti. Designed in partnership with architecture firm March Studio, and Projects Of Imagination, the gelato kiosk is set to open this coming February. Keep an eye out over here for all the details. 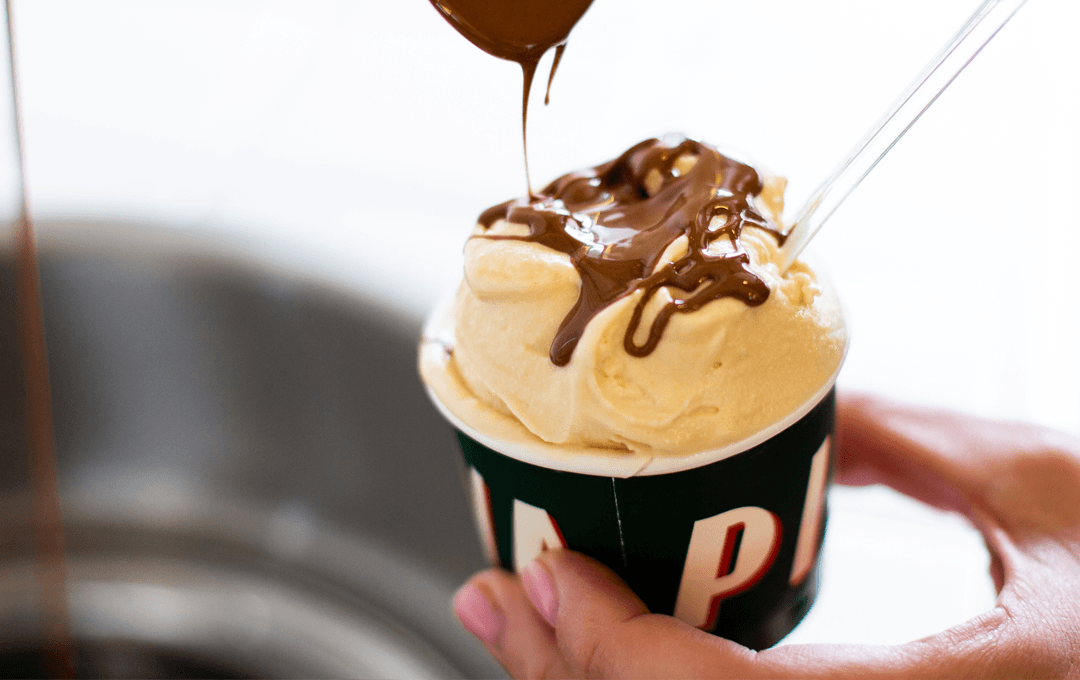 Diner mugs, booth seats, and hearty pancakes, it's an exercise of "going back to the basics", says co-founder Randy Dhamanhuri. Operator Diner is the latest venue from the Operator 25 team, a homage to American dining,  a 40-seat haven on Little Lonsdale in the CBD. Thanks to the copious amount of U.S-based entertainment, the entire space is incredibly nostalgic with 70s-style colouring, a wood grain bar and couched booth tables, "can't do a diner without booths", Randy laughs. The menu here is a soulful collection of comforting dishes, from cheesy sausage egg muffins, hashbrowns, cheeseburgers, fried chicken sangas and toasties. Of course, you can just opt for a plate of eggs, and a mug full of black coffee but the standout is the tried and tested favourite of pancakes with thick squares of butter, crispy bacon, and a trusty glass pourer filled with maple syrup. Operator Diner is open now, head over here for more. 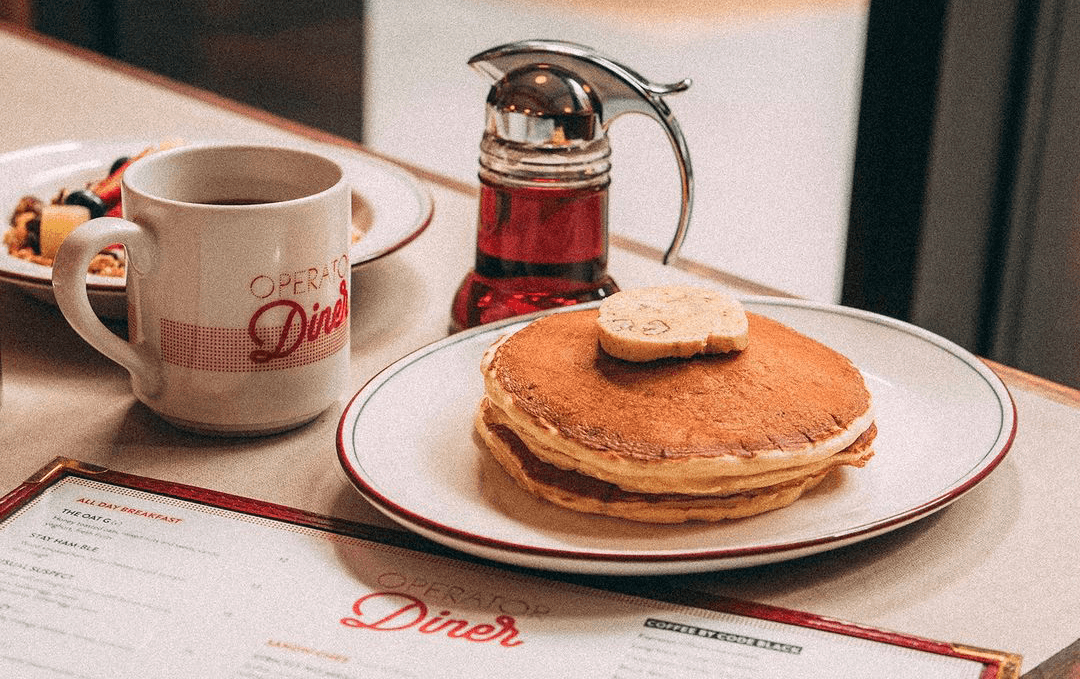 Arriving into the CBD this week is the brand-spanking Amphlett House, a levelled-up 120-seat taphouse situated next to the Ovolo Laneways. Led by two of Australia's foremost culinary and cocktail talent with Andrea Gualdi (Maybe Sammy) and Ian Curley (Kirks Wine Bar, Lona Misa), the pair have imbued the fancified pub with all their combined expertise. Here you'll find an impressive lineup of beers from Australian makers from Victoria's Jetty Road to Young Henrys as well as soon-to-be staple cocktails like the wattle seed Negroni or the Eucalyptus-smoked Margarita. Foodwise the menu is laden with flavour-forward dishes, a combination of Ian and head chef Ben Green's collective imagination, from a smoked bone marrow on toast to oysters served with mignonette and shaved horseradish. Get more info over here. 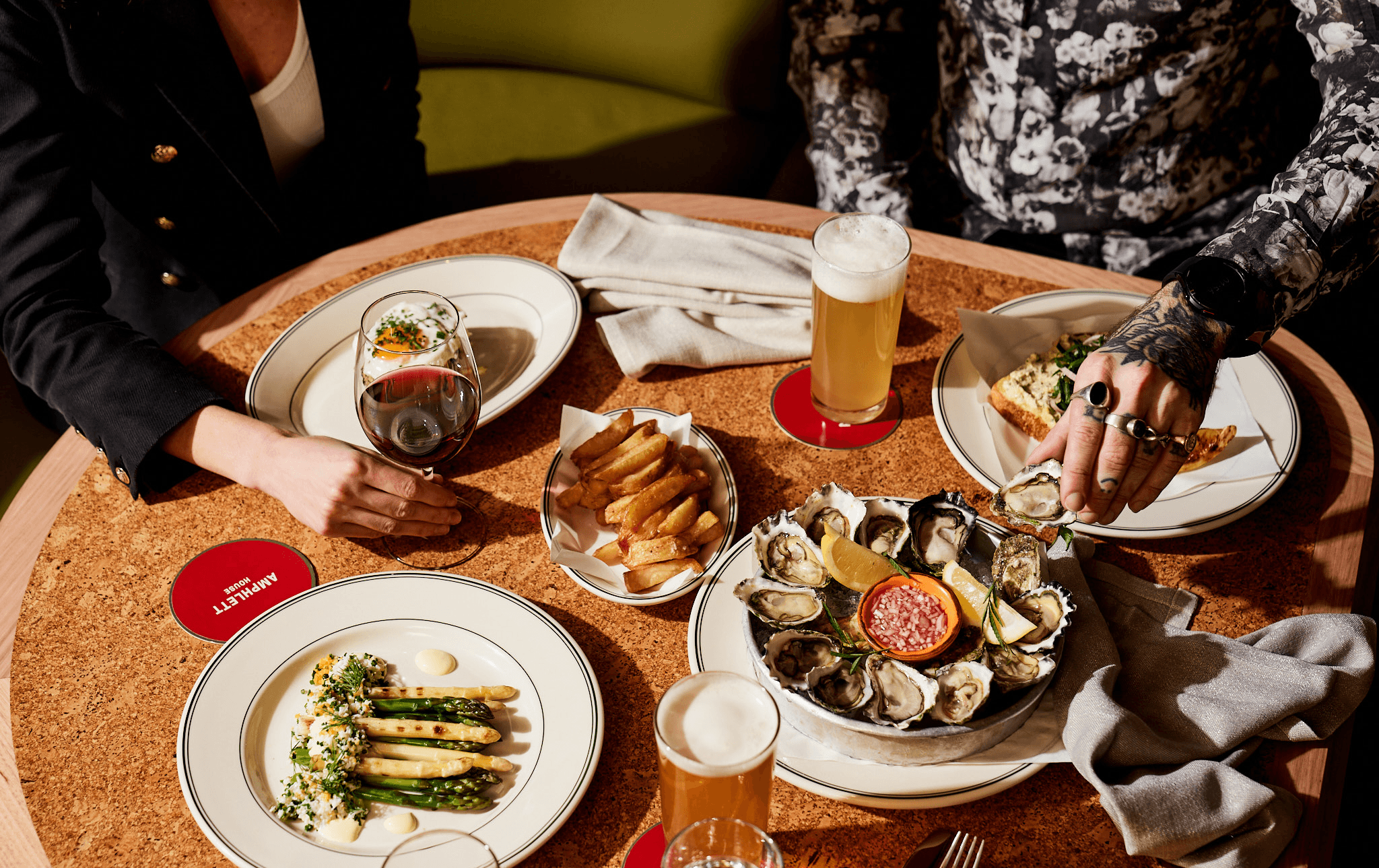 Taking the Abbotsford favourite to new heights, Lulie Tavern on Johnston Street has added a extra rooftop bar for its loyal revellers. Opening this Friday 18 November just in time for the summer period, Full Moon Fever is the upstairs counterpart to the cult-favourite saloon, a moniker decided upon by the team due to their love affair with the late-great Tom Petty. Founders Jon-Lee Farrell and Brendan Kennedy are harnessing the 'every person's bar' aesthetic with a mix of margs, cocktails, and frosty tins all on the cards. On the menu front, it's a burger-centric affair with various hefty combinations from a house-made interpretation of Hungry Jack's Whopper to a vegan fried-chicken creation. The venue follows suit to Lulie's by celebrating the vintage of the building, a 70s California desert-inspired motley collection of prints, cacti and light fittings. The entire space is decked out with the original factory roof, the absolutely stunning bar comprised of Northcote factory bricks and stained glass windows. Head over here for more. 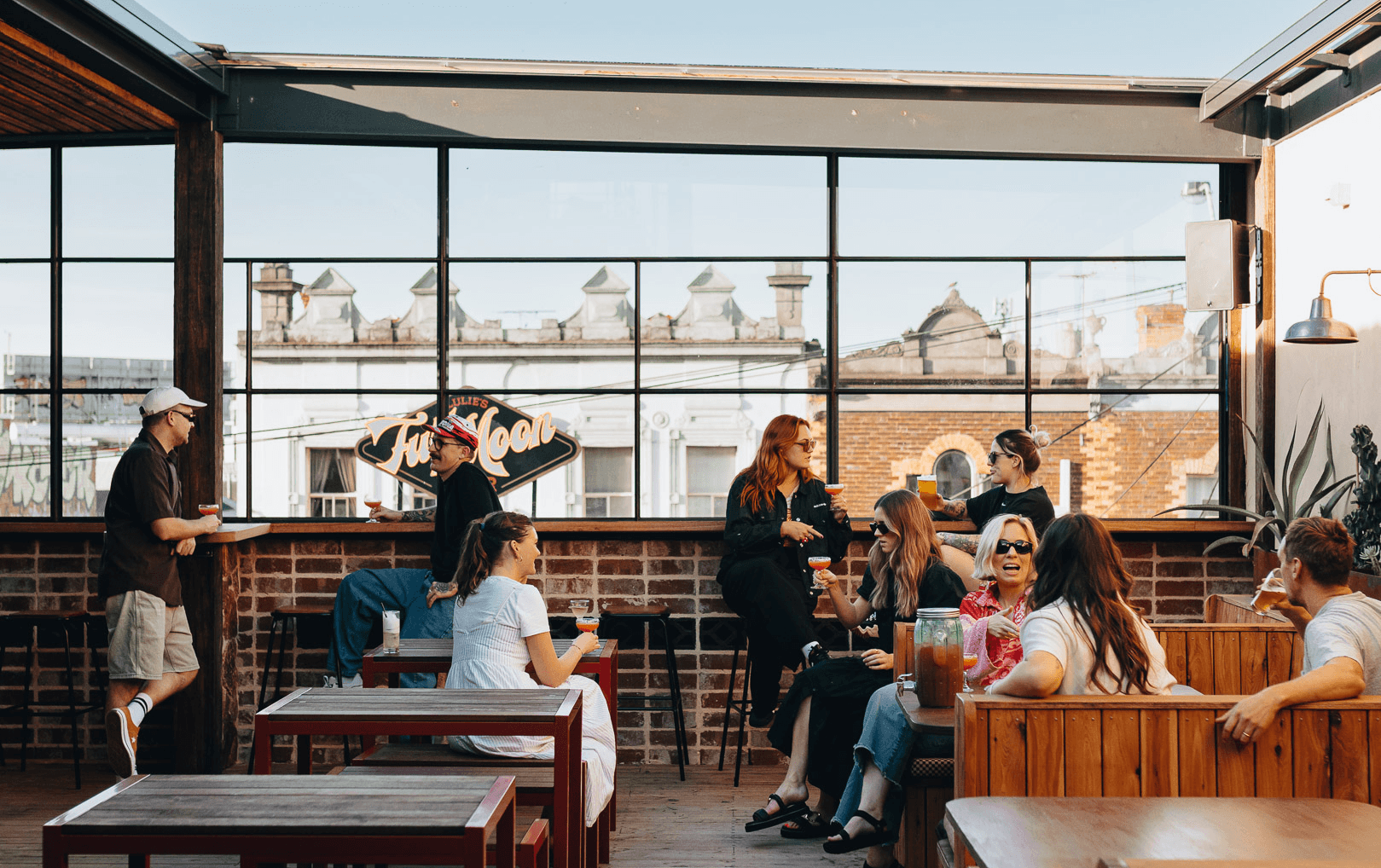 Owners of Myrtle, Chris Smith and Kirsty McAteer, are bringing the best bits of a Euro-wine bar into a local-leaning, Australian context. At Myrtle, you'll find the likes of classic charcuterie, though cured in-house by Smith and showcasing producers from Tasmania and Victoria alike. Further menu highlights include—but certainly aren't limited to—the likes of wattleseed buttermilk damper, a fancy 'Bunnings-style' snag in bread and chip shop potato cakes paired up with Yarra Valley salmon roe. As one would expect, the wine list throws the spotlight to Australian winemakers, exploring experimental producers such as Adelaide's Silent Noise on pour along with a grip of classics, too. 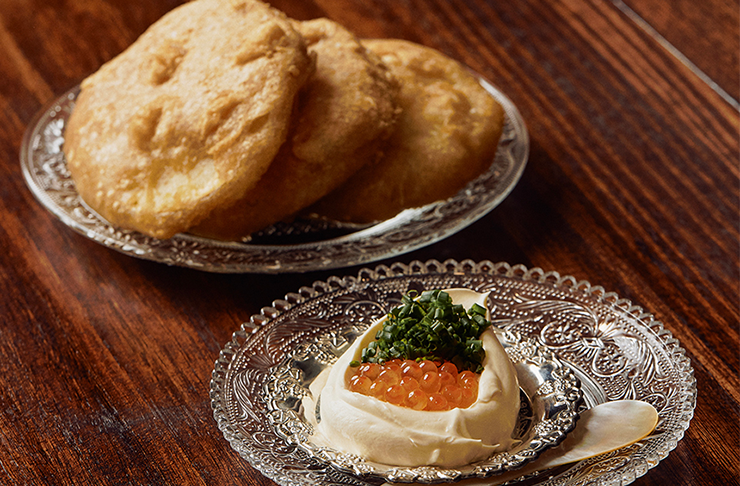 Pontoon, the beachfront little brother of Melbourne institution Stokehouse, has gotten a facelift, a name change and a whole new menu. Opening this November, they’re introducing the new and improved Stokehouse Pasta & Bar. Open every day from midday til late, the venue will be focusing on fresh Mediterranean flavours, highlighting the simplicity that makes coastal dining so appealing. Dishes to expect will include Spaghetti with crab and chilli and Pesto Lasagne, and desserts are also covered in the form of the iconic Stokehouse Tiramisu. There will be dining available inside as well as outdoors for those breezy summer nights, with a front-row seat to St Kilda beach, and maybe a sunset if you come at the right time 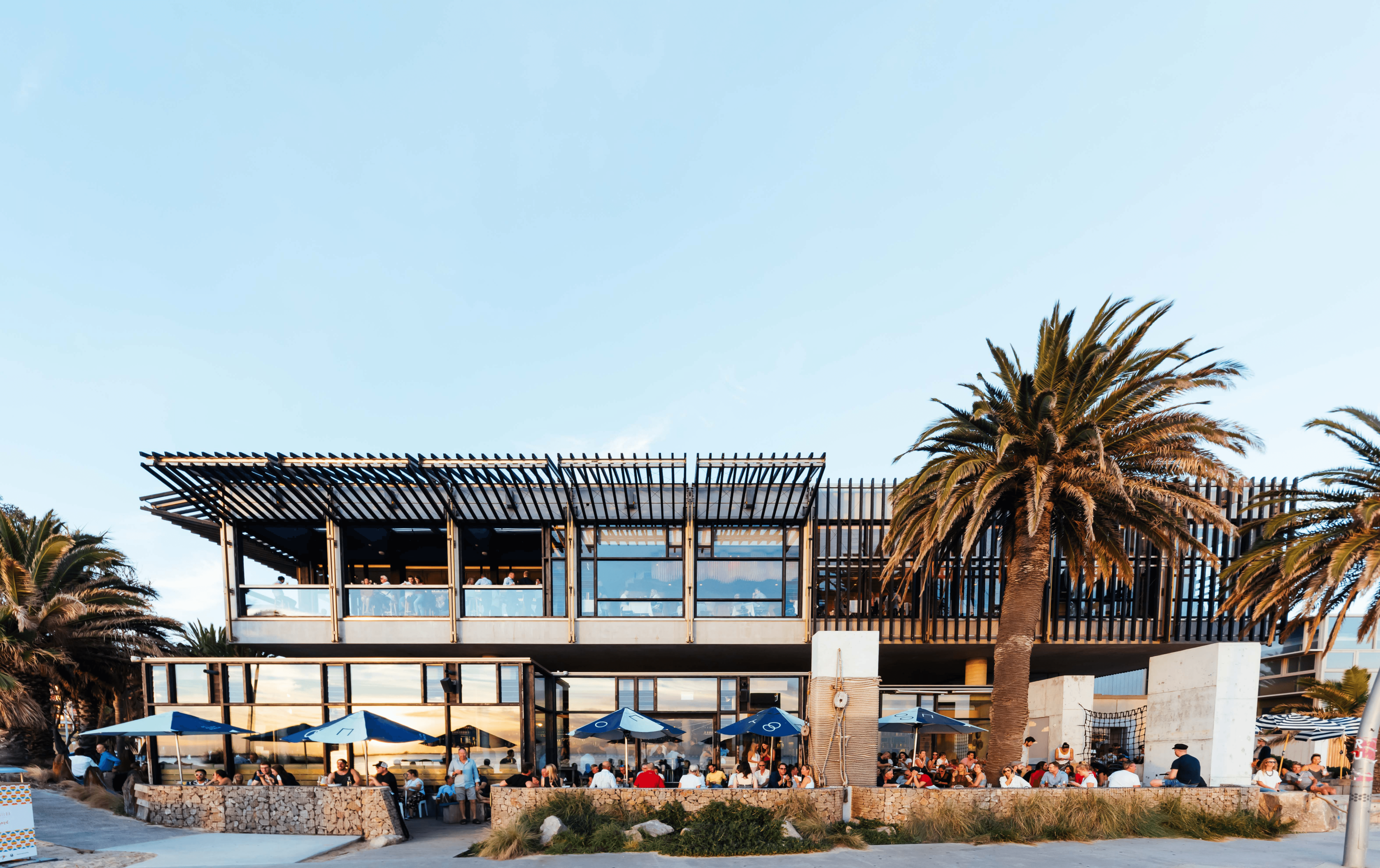 If you've ever visited Florence, Rome, Turin or Milan, there's a fair chance you've stumbled into a Mercato Centrale. The mega Italian-style food halls are staples to their cities, each packed out with artisan producers purveying everything from breads, pastas, meats, cheese and everything in between. And soon, they're about to open their first outpost outside of Australia right here in Melbourne. It'll be housed inside the art-deco McPherson building up on the west end of Collins St, and will take up around 300osqm across two-storeys where both local and international makers will fill the stalls. Word is they'll be swinging open the doors toward the start of 2023. More to come.