If you see this Urban Feast icon across site, you'll know you can get a sweet discount at the venue it's next to. Click on the card to find out more about Urban Feast.

You’ve landed a promotion, struck a deal, or reached a landmark and you want to celebrate with something truly special. But a regular dinner’s not going to cut it. If you need to go big (read: HUGE) you need to step it up with a degustation.

Degustation dining is the absolute peak of eating out. Nothing conjures the same luxurious, almost Roman opulence like a meal that comes in seven stages. And if you really want to strike fear into the hearts of your enemies, get the matching wines.

[Warning: lots of teeny tiny meals adds up to a heckin' feed. It might sound like lowkey tapas but it is so not tapas. If you don’t come prepared (ie. starving) you might die in the attempt to fit it all in.]

For a night of bacchanalian excess, treat yourself and your table to a culinary experience with one of Brisbane’s finest degustations.

Nothing says leisure and decadence out the wazoo like a degustation on a Wednesday. Rogue’s Dego Series is a six-part repast and offered only on Wednesday nights. The kicker? All dishes are unique to the degustation and aren’t normally available on Rogue’s a la carte menu. The October iteration of Rogue’s dego includes charcoal octopus, mushroom tortellini and duck breast with mustard cress.

Located on Milton Road, Deer Duck Bistro is an asset to the west side dining scene. Their menu usually favours traditional European flavours, with dishes like venison tartare and smoked duck, but they’re also packing a few curveballs like the kulfi with mango, rosewater and pistachios. They offer degustation at three different levels: First is a lightning-quick five course whiparound (perfect if you’re new to degustations), then there’s a slightly longer seven-course feast for the seasoned diner, and finally their stonking nine courses for the serious gourmand. 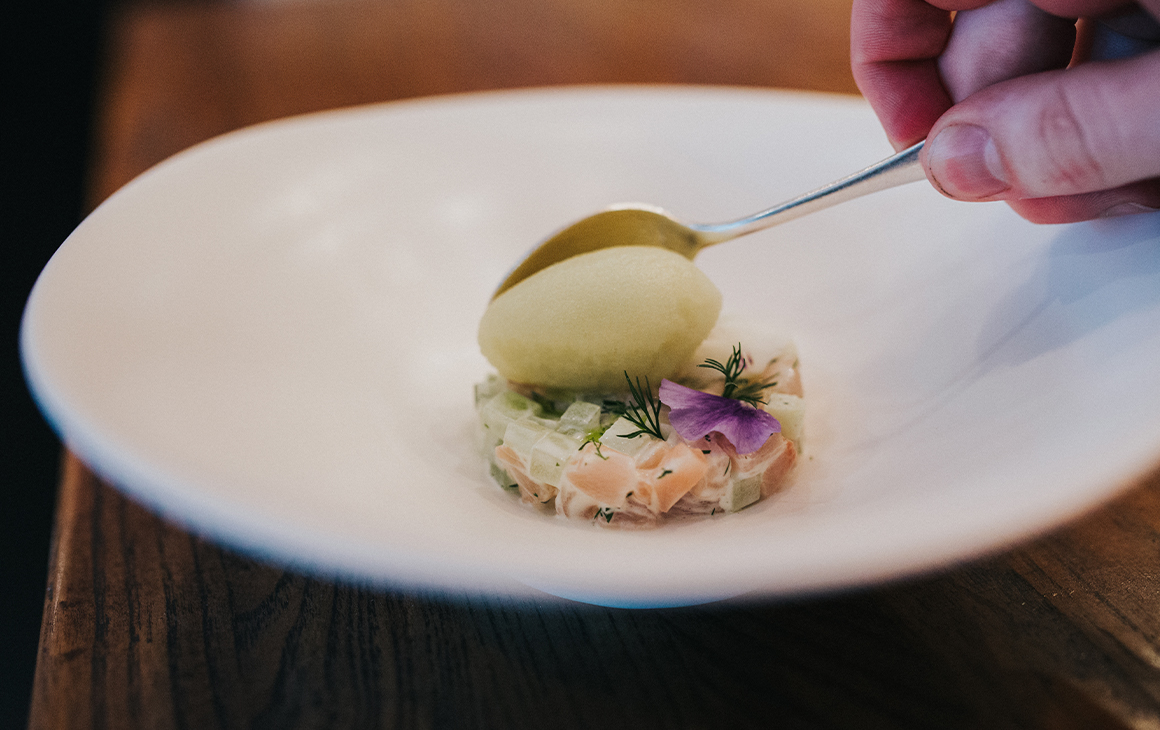 The dream made real of culinary power couple, Kylie and James Gallagher, Allium has gone from strength to strength in the past three years since they opened. They’ve steadily been accruing a list of accolades and were recently awarded three coveted Chef’s Hats by Gault & Millau. Though their degustation is a decadent seven-part sample of their constantly evolving menu, it remains in Allium’s credo to offer comforting, familiar flavours in a relaxed environment.

Joy Restaurant is making serious waves in Brisbane’s dining scene. One of the few places on this list that doesn’t offer a la carte, at Joy you just have to turn up and have faith in their ability to wow. Their nine-course degustation menu always uses the freshest seasonal ingredients and explores every forgotten quarter of the flavour realm. Be warned: seats at Joy are strictly limited to just 10 pax, and they book out unbelievably fast. Bookings are open months in advance but if you can’t think that far ahead, keep tabs on their socials for any cancellations.

Serving refined Italian in the CBD, Otto is where tradition meets modernity. This is never more prevalent than in their seven-course tasting menu, which uses fresh local ingredients to create Italian dishes. Expect Hervey Bay scallops, Moreton Bay blue swimmer crab ravioli, and Rangers Valley sirloin to make appearances in the degustation, as well as a particularly sexual chocolate cremeux to finish. 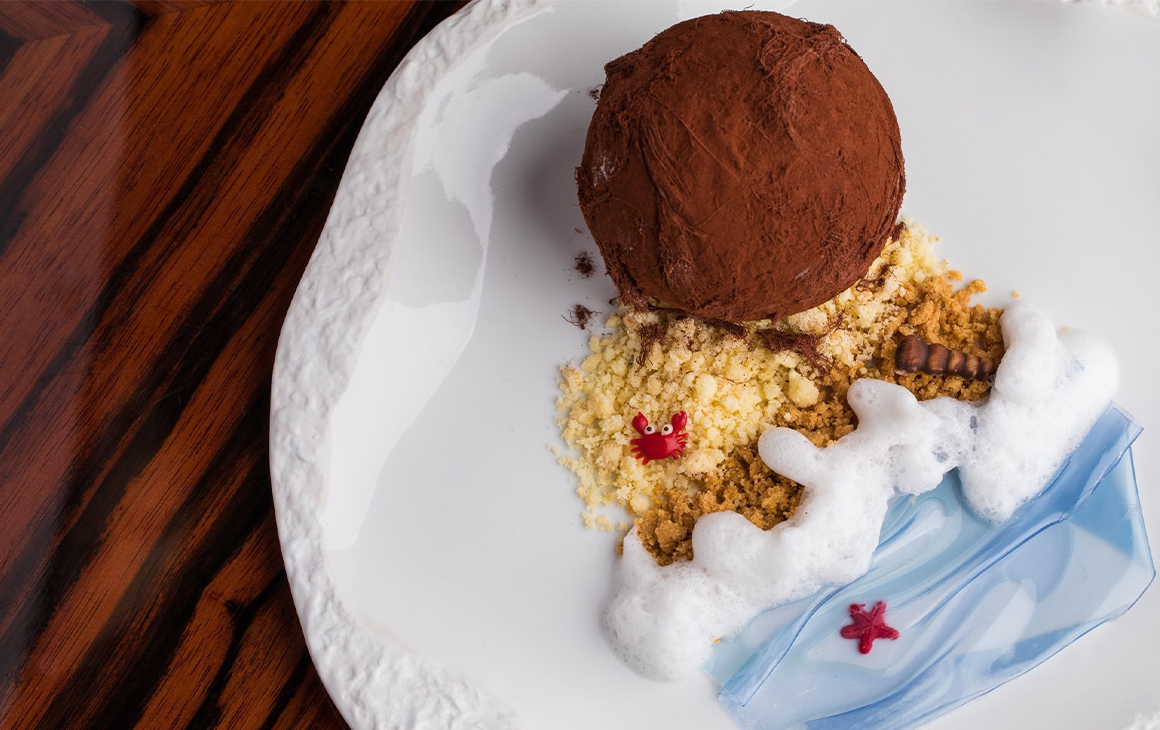 The kitchen team at Bacchus is doing their Roman namesake proud. Besides their classic degustation menu they offer a four-course degustation of the best part of any meal: dessert. This might sound a bit overwhelming, but Bacchus has curated the courses to start fresh and slowly ease you into richer flavour profiles until finally finishing with a multi-textured chocolate and semifreddo situation that will really blow your socks off.

Technically classed as a ‘banquet’, Honto’s contribution to multi-course dining is all designed to share. That means the entire dinner, including large plates, appetisers, side dishes and dessert, has all been thoughtfully curated for you, leaving you only to sit back and enjoy it. Some notable standouts include the Moreton Bay katsu and the shumai dumplings with ramen broth.

This suburban restaurant is the culinary playground of head chef Brent Farrell. Besides a nine-course dinner degustation, 85 Miskin Street offers an utterly unique breakfast degustation that plays fast and loose with all kinds of dining conventions. The four-course kickstarter features a fresh acai bowl, citrus cured salmon on rye, and the fanciest bacon and eggs on toast you’ve ever seen. 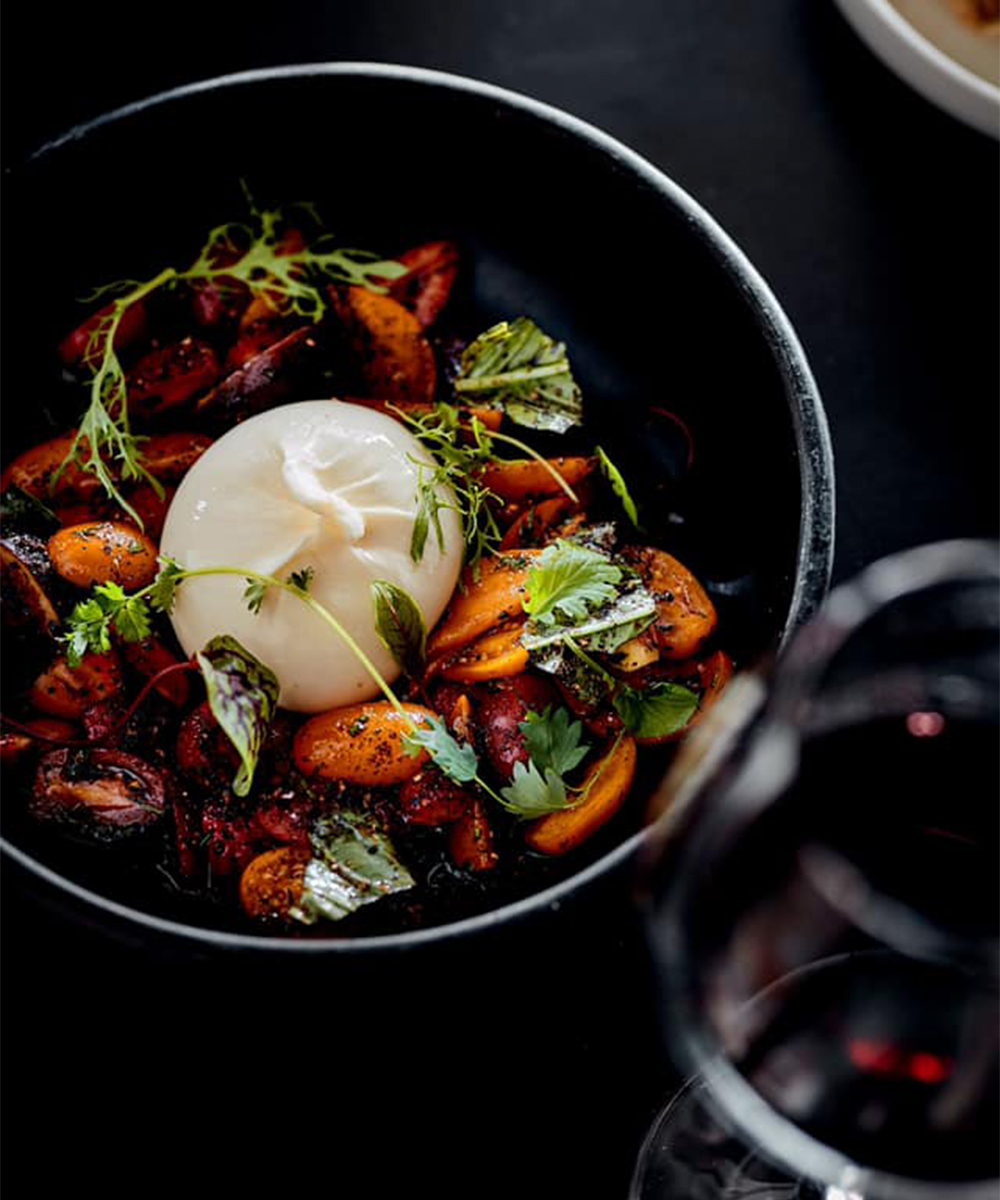 Lauded for their refined, modern European cuisine, Nota in Paddington is all about creating a familiar experience. Rather than focussing on discrete dishes, their team takes a holistic approach to dining and have created a menu that’s designed to share. In the spirit of degustation, this maximises the potential to try many different things, but the trade off is figuring out exactly what you want, which is why Nota’s ‘chef’s selection’ takes all the guesswork out of ordering.

Available in six or seven courses, Alchemy’s degustation rounds the bases of some of their most winning dishes like stuffed zucchini flowers, scallop ceviche, and a Wagyu striploin with roasted bone marrow. The vegetarian option is also certifiably banging with stuff like smoked kohlrabi and a three-cheese souffle coaxing us away from omnivory.

The ultra modern, super sleek brainchild of Dan Arnold himself, Restaurant Dan Arnold only trades in tasting menus. Arnold spent seven years learning the fine art of French cuisine before returning to Australia, and now offers three strands of degustation dining united by a single objective to highlight local Australian produce (ingredients are sourced from small producers and local farms). Despite the scrupulous attention to detail, the restaurant itself has a relaxed and informal atmosphere

When a menu reads like a strange poem, you know you're in for a good time. The Wolfe's six-course degustation menu features a line up of inventive, Australian inspired dishes from hatted chef and owner Josh Lopez, with intriguing menu items like the 'ocean floor,' featuring cray, scallops, octopus and finger lime, or the 'coat of arms' with kangaroo, emu, pumpkin and wattleseed.

Prefer your date nights on the cheap side? Find 8 romantic meals for under $50 here.