This music month, we’ve partnered with Samsung to scope out the best up and coming music acts in NZ—and we want your vote. Click here to nominate your top pick now and be in to win a Samsung Galaxy S22 Ultra.

While your Spotify may be overflowing with a cracking collection of music, nothing beats the sweet, sweet sound of live music (especially after the dearth of it during the endless lockdowns).

Any given night of the week, bands take to the stage of some of Auckland’s best live music venues and bless our ears with their musical prowess.

Whether you’re looking for an intimate basement bar gig or a crowd of punters to rock out with, here’s our guide to the best venues for live music in Tāmaki Makaurau.

Neck Of The Woods

This Karangahape Road basement bar churns out live music melodies left right and centre. With a new line-up of artists every week, Neck Of The Woods has hosted the likes of Black Sun Empire, State of Mind and Electric Wire Hustle as well as a multitude of local and international artists. Head there on any night of the week and expect to dance your way into the wee hours of the a.m. Its eclectic, buzzing vibe will get you hooked.

Brought to us by Spark Arena, The Tuning Fork is the smaller and more intimate venue. Once a pit stop for a pre-show feed it has now become a fully-fledged venue of its own hosting gigs, album launch parties, music-related quizzes and more. Slathered in posters of music legends and topped with fairy lights, this place has more atmosphere than you can wave a (drum)stick at.

The food is outrageously good at The Portland Public House and the cocktail game is strong (in all the best ways). It also makes for an epic live music venue, churning out tunes with all the vibes and drawing sizable crowds. Did we mention there’s an illustrated garden bar you’ll want to hang out in for days? Rock up before 7pm to get in on their $6 burger deal (you’re welcome).

If your ideal Saturday is made up of booty-shaking tunes, espresso martinis and Brazilian beats (among other world and local vibes) then Ponsonby Social Club might just be a bit of you. Whether it’s a live DJ or a band, PSC is a cocktail bar that’s in love with vinyl, live music and electronica. Get ready to dance like there’s no tomorrow.

A good music gig is worth a climb, which is lucky because The Bunker is perched on the side of Takarunga/Mount Victoria in an actual historic bunker and will require some scrambling (or a secret code to lift the barrier arm). A must-visit for fans of folk. Delightfully, many of the gigs are free while others will set you back a mere $8-$20. Kick back and soak up the vibes in this unusual but exceptionally cool venue complete with free tea, coffee and (most importantly) milo. 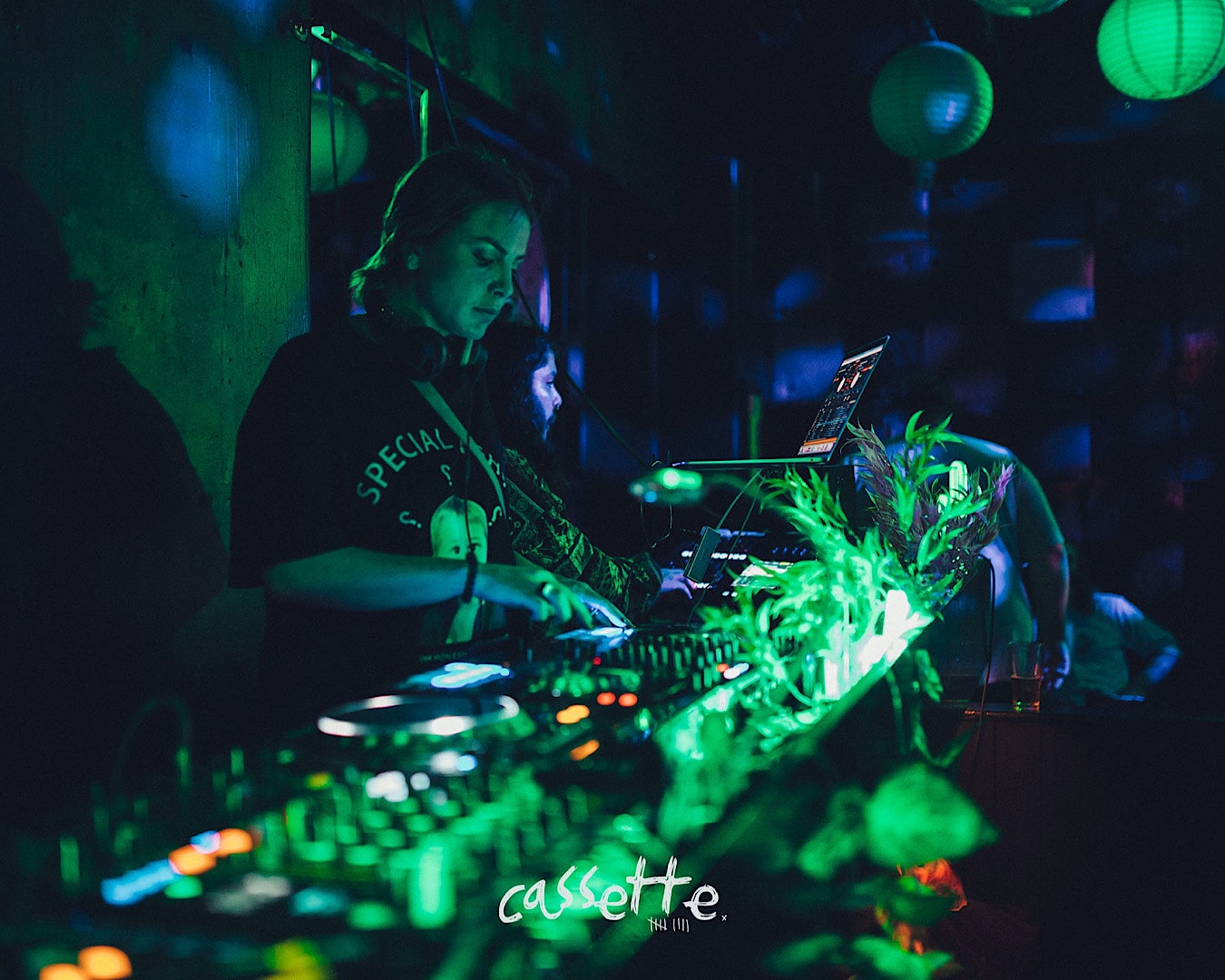 Stepping into Cassette Nine’s whimsical world can be a total tonic to your day-to-day. Decked out with disco balls and channelling some mint treehouse vibes, the live music here is always on point, from old school throwbacks to the freshest tracks. As a complete but much-appreciated bonus, you can live your Wonderland fantasy sipping on one (or five) teapot cocktails while sound-bathing. Rad.

Another wicked haunt for live tunes is Anthology K Road, down a flight of vintage stairs beside popular Italian restaurant, Cotto, on Karangahape Road. Adorned with plenty of art and photographs of rock legends the music lounge and wine bar does live music well. Designed as a social space, it’s a great multi-purpose venue for gigs of all sizes, from big names to album launches to parties. Head down on Wednesday nights from 8-10pm for live jazz by Creative Jazz Club Aotearoa (CJC).

You don’t need to be sipping on a cheeky tipple to revel in the live music at The Lula Inn, but they sure know how to craft a cocktail so there won’t be any regrets if you do. Jam to all your favourites with Jukebox LIVE every Thursday, treat your ears to Mischief on Friday nights or dip into the high energy modern swing vibes of Big Ticket or the retro disco-funk rock feels of Coco-Rocky on Saturdays. Whatever your style, Live at Lula’s will have you shaking your tail feather.

If you fall in love with Mischief at Lula’s make it a double and swing by Live At The Zoo on Saturdays for more Mischief melodies. There’s a collection of great bands and duos on rotation on Fridays too, plus loads of great food and drinks to keep you going all night long.

Having hosted the big international names like Ellie Goulding, and with Toderick Hall, Crooked Colours and Lisi set to perform later this year, Studio, The Venue isn’t messing around. In fact, it’s become a highly recognised spot for live music on Karangahape Road. With multiple storeys and a luxuriously sprawling dancefloor, this venue certainly brings the party. 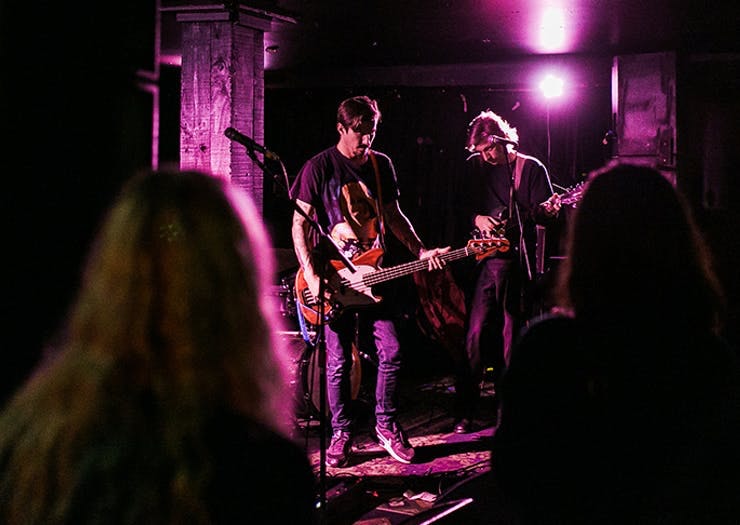 From mega party to subterranean sonic, stepping into Whammy Bar is like stepping into a dark, mystical music cave. Things tend to get a bit hot, sweaty and steamy as revellers groove, headbang and cut all the shapes. Punk rock, heavy metal and indie bands tend to dominate here, so if that’s your jam, you know where to go.

Through the wall of Whammy is Wine Cellar. Another of the lowkey basement gems in St Kevin’s Arcade. Intimate gigs don’t get much better than here with plenty of wine on offer—no surprises there—cosy vibes and moody lighting, making it a great spot for live music from experimental bands. Open from Monday through to Saturday from 5pm until late.

In an unassuming black box partway up Mount Eden Road lies The Powerstation, an absolute icon in music history. This venue has been around for 30+ years and has hosted the likes of The Ramones, The Pixies, Marilyn Manson, Kendrick Lamar, Lorde, Drax Project, Method Man & Redman, Paolo Nutini and Mogwai among many, many other incredible local and international artists. A gig here is sure to be mind-blowing.

Intimate and a total vibe Galatos is warm and inviting, decked out with couches and even a log fire. Don’t let this chilled out atmosphere fool you—Galatos is rich in history; it’s where Lorde had her first ever gig as a pop star and performed Royals live for the first time. Yup, this is where it all began.

If you’ve secretly dreamed of being a rockstar, now’s your chance. Belt out your favourite bangers with Live Band Karaoke at Coops Corner Pub every Saturday from 9pm. Accompanied by a live backing band, and with frozen margaritas and beer specials for liquid courage, you’re sure to have a rip-roaring night. 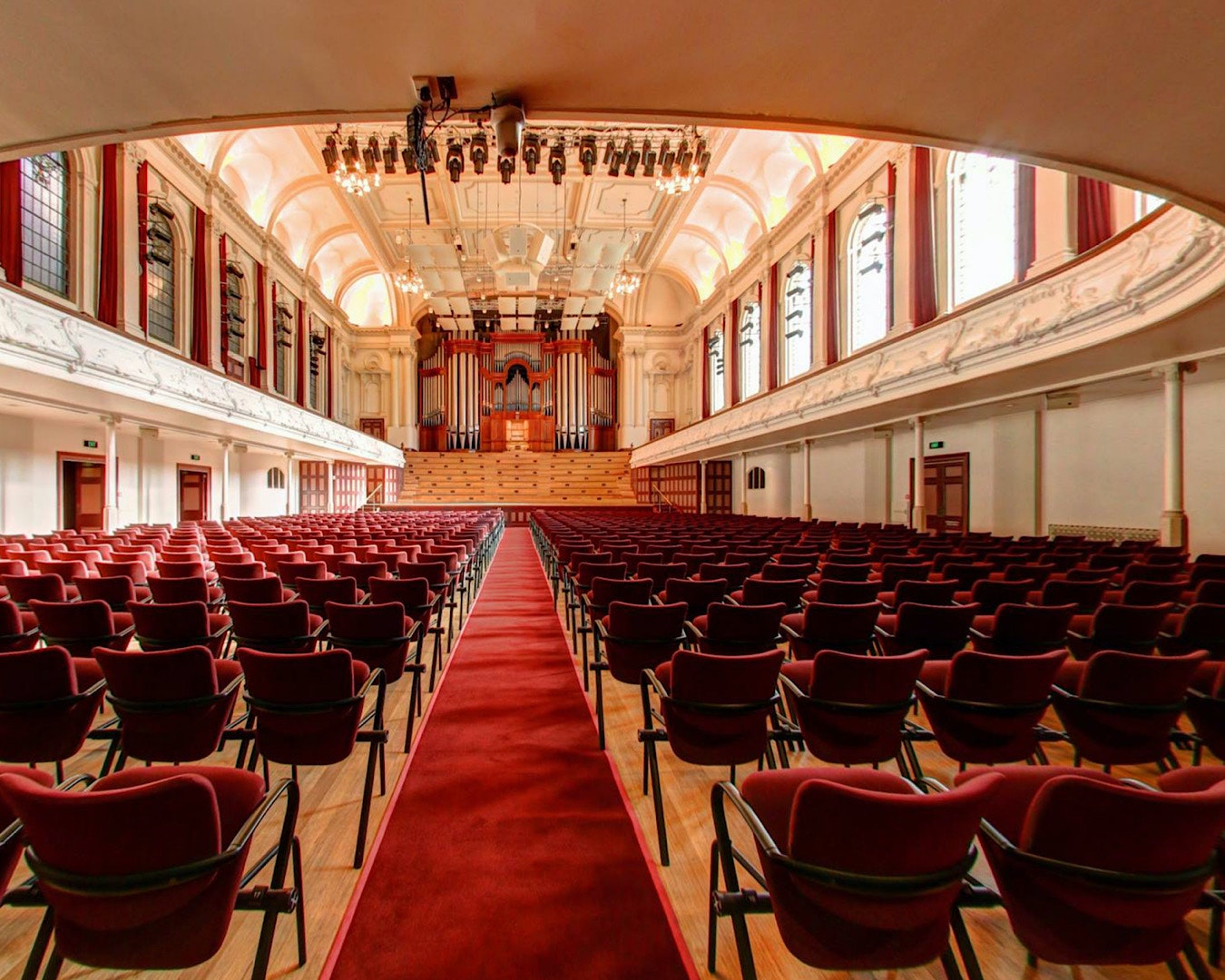 Speaking of where it all began, the Auckland Town Hall opened in 1911 and holds over 110 years of history within its Oamaru limestone, neo-Baroque walls. Over the years it's hosted all manner of live music from classical (it’s the home of the Auckland Philharmonia Orchestra) to experimental, school choir competitions and a morning rave, to musicians such as Teeks, Alt-J, Kraftwerk and even Aotearoa’s fourth most popular guitar-based digi-bongo acapella rap funk comedy folk duo.

Born on the streets of the upper west side of Manhattan in New York City back in 2001, Ding Dong Lounge popped up in Tāmaki Makaurau twelve years later. Ever since the dive bar X music venue has been serving the best of punk rock and we’re here for it. Rock DJs keep the downstairs simmering all night long while live music is upstairs in Dead Witch Wednesdays through Saturdays.

A music venue carved into a brewery, Sweat Shop Brew Kitchen goes off every weekend with some epic DJs on the decks. And on the first Thursday of every month, the supremely talented Brotherhood Musiq takes to the mic singing all your favourite throwbacks, country, hip hop and RnB tracks. Talk about starting your weekend right.

If your local’s a little further north The Merchant Pub Co. has you covered with five-piece band Hands Off playing live music every Friday night from 7.30-10.30pm. Settle into the outdoor courtyard or grab a spot in the cosy bar and lounge; perfect for an after-work chill sesh.

For some of the best pizza around and epic tunes to match Leigh Sawmill is hard to beat (we had to). Spotlighting local talent with bands and DJs (as well as performance artists, theatre and comedy), kick back at this ex-kauri mill X restaurant hybrid for a great night of live music.

You can’t call yourself an Aucklander until you’ve spent a night on the d-floor at the legendary Danny Doolans. This Auckland institution has live music every single night until 4am. It’s a quintessential Irish pub in the heart of the city so expect sing-alongs, classic tunes and plenty of craic. Cheers to that.

Lost track of time and need a feed? Here are the best late-night eats in Auckland according to 10 top bartenders.