According to Coeliac Australia, about 80% of the population who are living with coeliac disease don’t know that they are.

This is probably due to a number of factors—like relatively minor symptoms—or the fact that eating gluten-free has felt like a relatively fringe idea up until very recently, like one of those annoying dietaries fussy people demand due to some dreamt-up health issue. Who in their right mind would willingly give up pasta?

This was definitely my thinking, until about 12 months ago when I left my place in that unwitting, pasta-loving, beer-drinking 80% group and learned I was coeliac. My first thought was, as you might imagine, how can you be a food editor and forgo such an important (and arguably the best) category of food? Well, I didn’t really have to despair very long. Like those sparkly beaches, good weather, and all-around good vibes—trust me on this one—Sydney does not disappoint when it comes to living the gluten-free life.

As awareness around both full-blown coeliac disease and gluten intolerance has stepped up, Sydney restaurants have really leaned in, plating up what I can attest is a diverse and delicious universe of GF alternatives. Alongside dedicated gluten-free venues and menus are some of your favourite restaurants, just switching up ingredients with precision to make the taste, texture, and end result pretty much perfect.

While I’m yet to find an exhaustive directory of venues giving the thumbs up to hungry coeliacs (it’d be quite the task I reckon), in honour of International Coeliac Day on Sunday 16 May, I thought I’d share just a few surprising Sydney restaurants and cafes helping you live your best (GF) life.

Here are some truly epic spots to eat gluten-free like a king in Sydney. 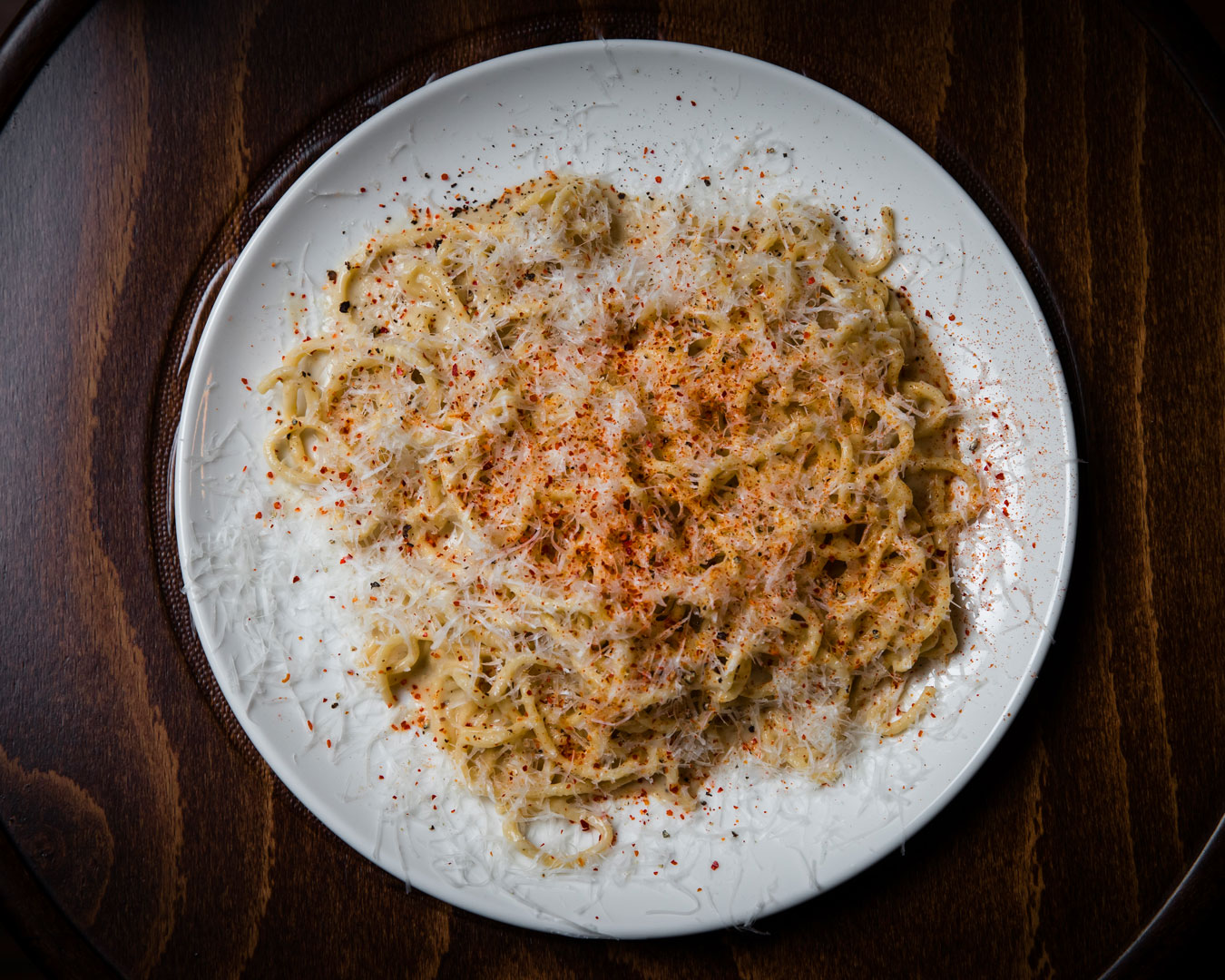 Let's begin with the probably the most drastic of losses in a life without gluten: pasta. If you've been avoiding Sydney's best Italian joints because, what even is Italian without gluten, think again. Ragazzi, and its sister pasta shop Fabbrica, have created some of the best GF pasta I've tried to date.

"We’ve offered our gluten-free pasta at Ragazzi since the beginning. We also sell it by the gram up at Fabbrica to take home," says head chef Scott McComas-Williams. "It took us a long time to come up with this recipe; I worked on it for at least half a year before I was happy to serve it. I tasted so many dried GF pasta options and, to be honest, never found a product I’d dare put in a bowl."

Ragazzi and Fabbrica's gluten-free pasta is a combo of all-natural flours—besan, buckwheat, potato, rice, maize, and eggs. "Being a pasta restaurant, if you don’t have a GF option, you are really ostracizing yourself from a good part of the population," McComas-Williams adds. "I think it’s only fair that everyone gets to enjoy both Ragazzi and Fabbrica." Amen to that.

You'll also find delicious fresh gluten-free pasta at Merivale's rooftop poolside spot, Ucello.  Alessandro Pavoni's stunning new spot a'Mare can whip up a GF spin on their fluffy focaccia with Pugliese extra virgin olive oil and aged balsamic, as well as GF pasta (though, I have to say, the aged carnaroli risotto with southern calamari and Yarra Valley salmon roe, which is naturally GF, would be my top pick here). 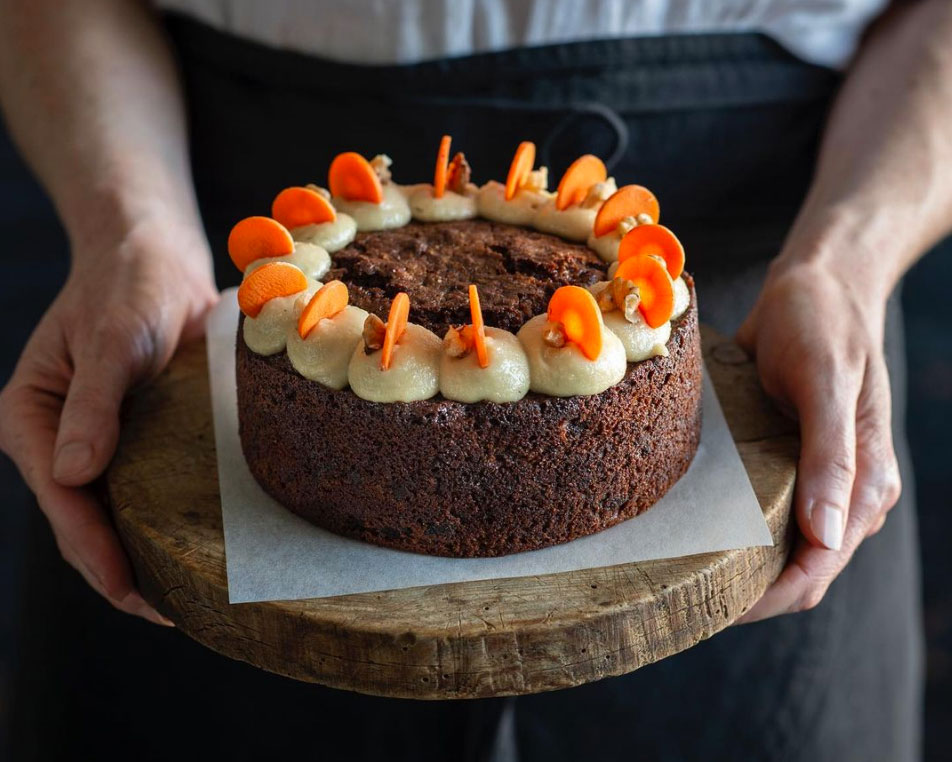 Next up—bakeries. In Sydney, we're lucky to have a few stand-out GF pastry and bread spots serving substitutes that are, in my opinion, even better than the real deal. The first I encountered was Nonie's and chef-owner Nonie Dwyer's now pretty famous activated charcoal and quinoa bread. Dense, chewy, and delicious—it really (really) trumps all of the gluten-free bread lining the supermarket aisles.

"In my professional work as a chef, I identified a real lack of options for people like me, who couldn't eat a multitude of things but also loved and appreciated great food!" Dwyer tells me. "I also worked in an industry and at a time when it was easy to dismiss or have difficulties (for all kinds of reasons!) to cater for people like me."

So, she started Nonie's Food back in 2014 with a small range of really delicious breads made without gluten, dairy, gums, or preservatives. "We sold the loaves sliced and frozen and specifically catered for the foodservice industry. Almost seven years later we make a whole range of breads, as well as pita, muesli, crackers, and seasonal items."

You'll find Nonie's perfected GF loaves at stacks of Sydney cafes, as well as artisan delicatessens and specialty shops like Feather and Bone, and you can also shop here.

You can pick up these tasty GF treats from Nonie's warehouse roller door on Fridays, or at Saturday markets around town like Carriageworks Farmers Market or the Northside Produce Markets.

Wholegreen Bakery is pure gluten-free baked goods heaven. In fact, scrap that. It's simply one of the best bakeries in Sydney right now. Now with two outposts in Sydney, in Waverly, and in the CBD, this gluten-free accredited spot serves incredible pies (the French lentil and vegetable is my favourite), ham and cheese croissants (the ultimate hangover snack), alongside stunning cakes, tarts, hot cross buns, a stunning chai-spiced carrot cake, and so much more. A Sydney must-do.

For doughnuts—there are a few great GF options floating around, but the gluten-free, dairy-free doughnuts at Comeco Foods in Newtown are a favourite. Made with a GF sourdough starter (brown rice and rice flour), they are fluffy and crispy and fried to order with a range of toppings like adzuki red beans, mocha coffee, matcha, passionfruit curd, and more. 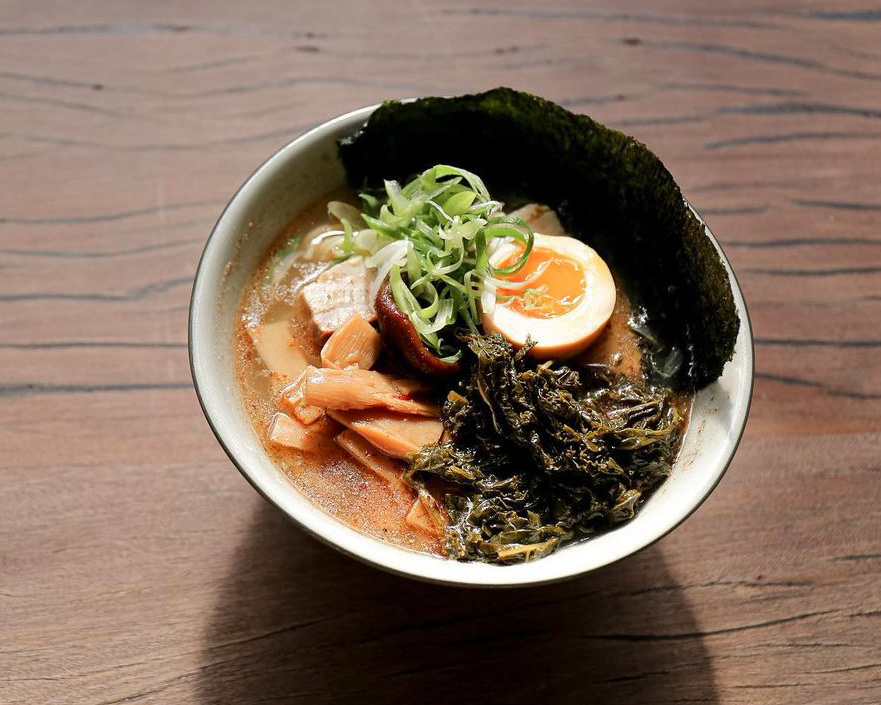 Yes, rice noodles are gluten-free. Ramen noodles? Not so much. So you might swing to tasty Vietnamese pho or Thai-style laksa if you're after a steamy bowl of noodle soup—but ramen diehards can still live the dream at the one-and-only Rising Sun Workshop.

"We’ve been offering gluten-free ramen options from day one," says head chef Nick Smith. "Instead of wheat noodles, we offer konniyaku, made from a starchy tuberous vegetable. While they're not by any means a straight substitute, they do hold their own in the broths, retaining more bite than rice noodles and feeling more satisfying than GF ramen noods."

All the garnishes at Rising Sun are gluten-free too, and the kitchen uses all-important gluten-free soy across the board.

Now, work your way through this list of Sydney's best restaurants (and check out their gluten-free menus, you will be surprised).