15 Of The Best Indian Restaurants In Melbourne For 2022

Melbourne is known for having one of the most culturally diverse culinary scenes in the world, but you already know that and so do we. What you may not know though, is where to find the cream of the crop when it comes to Indian food. There are takeaways and dine in restaurants dotted all over Melbourne, and we know you’ll argue that your local is the best.

But after doing the rounds, we’ve come up with the ultimate list of the best Indian restaurants Melbourne has to offer.

Both the food and the decor are as colourful as Holi festival at Horn Please. The flavours are just as tantalising with a generous selection of street eats and curries which you can share or feast on solo. When out of lockdown, they also offer a super tempting set menu for just $50 per person which includes a variety of entrees, curries, rice dishes, naans and desserts. 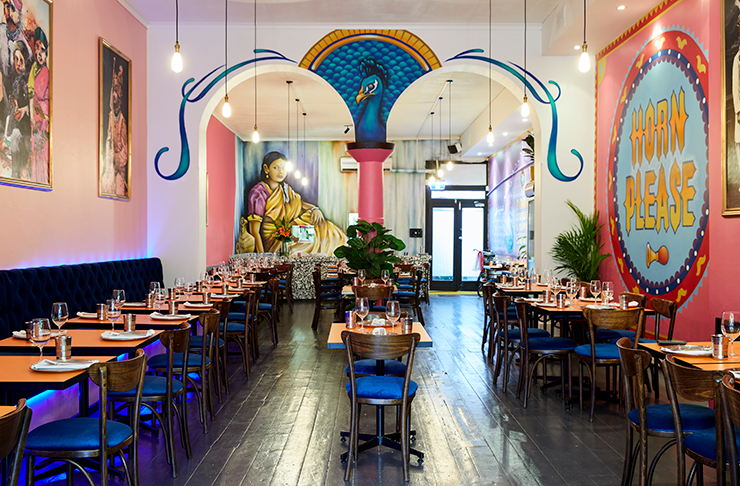 A local institution in Melbourne’s east, Tandoori Den has been serving consistently brilliant and authentic North Indian cuisine since opening 40 years ago in 1981, and in 2022 it still holds true. The menu is packed with vegetarian options and there’s a whole page dedicated to tandoor bread which are made fresh in house—you might want to rethink that low-carb diet after a trip to this place.

Part restaurant, part cocktail bar, Masti is the latest offering from restaurateur Manpreet Sekhon coming into 2022. She’s put together the ultimate sharing menu with loads of vegetarian and vegan items on there. For those who like to play it safe, the butter chicken here is next level, while anyone venturing further down the menu will relish in the scallop coconut curry. 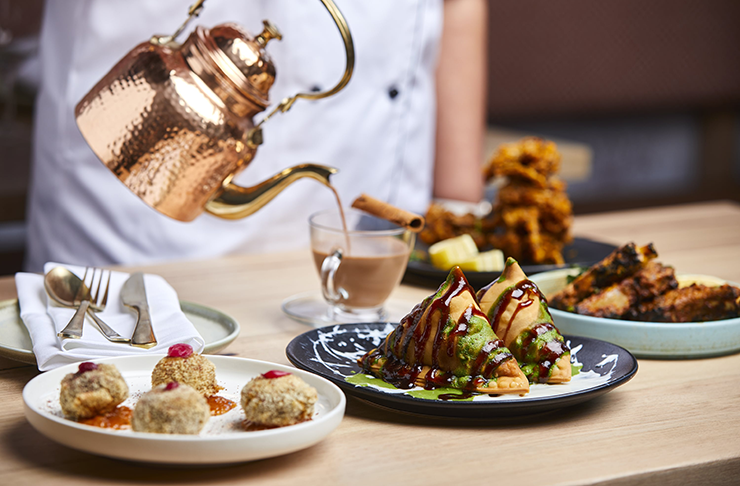 Technically, the menu at Aagaman combines Indian and Nepalese flavours but we’ll let that technicality slide. It’s lentil as anything, with a team of chefs who specialise in vegan cooking, you can expect some seriously good veg. It’s some of the best vegan food in Melbourne, but don’t take our word for it, go and try it for yourself.

Punjabi Curry Cafe is a family business serving up some damn good grub along Johnston Street. They’ve been in the business for fifteen years and their longevity is a testament to their food and their super friendly service. The list of entrees alone is enough to get your mouth watering, we’d recommend the vegetable platter for starters to cover all bases — it includes samosas, pakora, onion bahji and aloo tiki. We’re not drooling, you’re drooling.

Packed over four levels, Mr Brownie is a pub, bar and curry house all wrapped up into one big foodie destination, and now in 2022, it's already become an institution. Jessi Singh is the man to thank for this wonderful establishment, following the success of his other venues —  Daughter In Law and Horn Please. The venue comes to life at night with the speakeasy-style bar in the basement, a beer garden and rooftop terrace. Choosing where to settle in is the tricky part, but once you’re in, keep those beers coming. Don't miss out on the signature butter chicken pie. 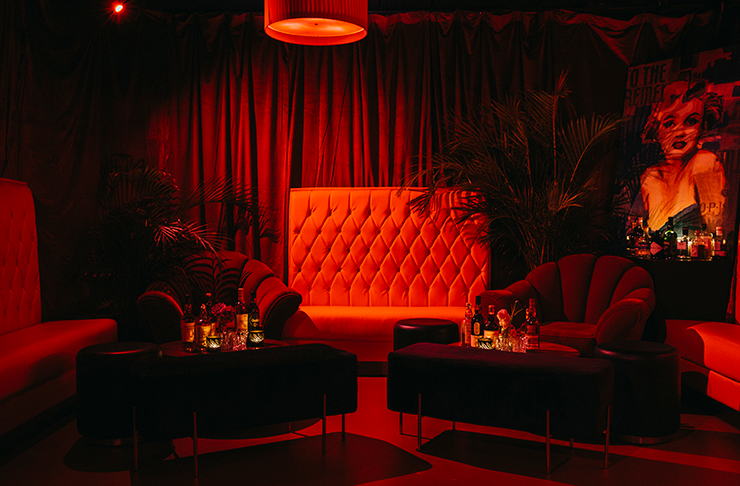 A favourite amongst locals, Bala Da Dhaba is one of Melbourne’s best local Indian haunts. The lamb vindaloo is a challenge for all you hotheads out there who think you can handle spice. For those preferring a milder dish, the chicken makhani is one of their most popular dishes — served fresh from the tandoor with tomato, spices and fenugreek.

If you’ve got dietaries—or if you don’t—then Bhang is the best Indian restaurant in Melbourne for you. The whole menu is coded with symbols for vegetarians, vegans, coeliacs and nut allergies—we know it’s a struggle dining out when your diet is restricted, we hear you. Bhang is the Indian venue that’s all about catering to you, and serving the best of modern Indian cuisine, fuelled by charcoal and cocktails. That’s right, they’ve got quite the booze list with all infusions and syrups made in house. 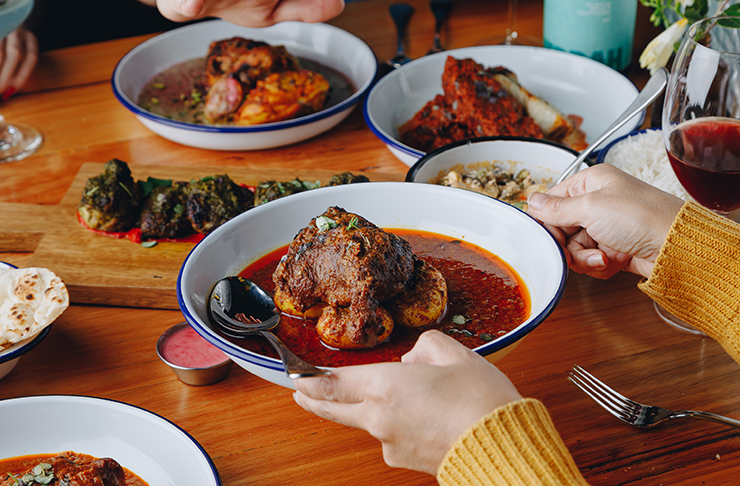 Well-established Northcote institution, Curry Cafe is a low-fuss Indian diner right in the heartland of Westgarth on High Street. Its easy to navigate menu has a range of dishes straight from the charcoal tandoor; like the barbecued Tikka or Tandoori chicken which is served with spice yoghurt. The curries vary with specialities from regions all over Indian including several vegetarian options like the pumpkin masala as well as hearty slow-cooked lamb Rogan Josh or Pasanda. On Sundays between 6pm and 7pm they also do happy hour with $10 curries; be sure to order up the garlic rosemary Naan, it's an absolute revelation. They now also have a second location, Curry Cafe Canteen on Racecourse Road in Flemington.

Modern Indian food doesn’t get much better than this. Tonka takes family recipes from Executive Chef Adam D’Sylva and Head Chef Hendri Budiman and fuses them into punchy plates fit for city dining. The kitchen includes two tandoori ovens cooking all your classic naan favourites, plus loads of small and large bites for sharing and grazing.

Calcutta Sweets & Indian Curry House is one of Dandenong’s best-kept secrets...sorry to all the locals for letting this one out. You can pick up a curry for $10 and try traditional sweets from Calcutta for a couple of dollars. It’s a no-fuss take out joint that’s earned a stellar reputation for very, very good food.

Babu Ji has brought the intense aromas of classic Indian cuisine to St Kilda’s The George building on Fitzroy Street. The old-style building feels cool and fresh with its minimal fit-out and high white-washed walls adorned in various artworks. Experts when it comes to both classic and non-classic curries, the menu features a varied selection of regional dishes from beef Madras, mushroom Korma, to an outstanding butter chicken. They also do gluten-free naan bread, which really helps cement it as one of the best Indian restaurants in Melbourne.

And the best part, $25 all-you can-eat vegan curries with rice on Tuesday nights.

Indian Palace Brighton is an icon of Church Street. The restaurant combines Indian street food with traditional royal cuisine and has been the go-to spot for bayside locals for the last 19 years right up until now in 2022. The team behind the venue have carefully considered every aspect of the restaurant, making it perfect for a night out or to order for a night in. Don’t forget to bring a container for leftovers, the servings are huge.

Fitzroy’s Mukka is all about sharing. Sharing sides, sharing curries, sharing entrees — sharing the love, basically. Their tandoori mushroom skewers are tried and tested favourites, the pani puri is the ideal crispy snack and their samosas always hit the spot. One of Melbourne’s best Indian restaurants in our opinion. 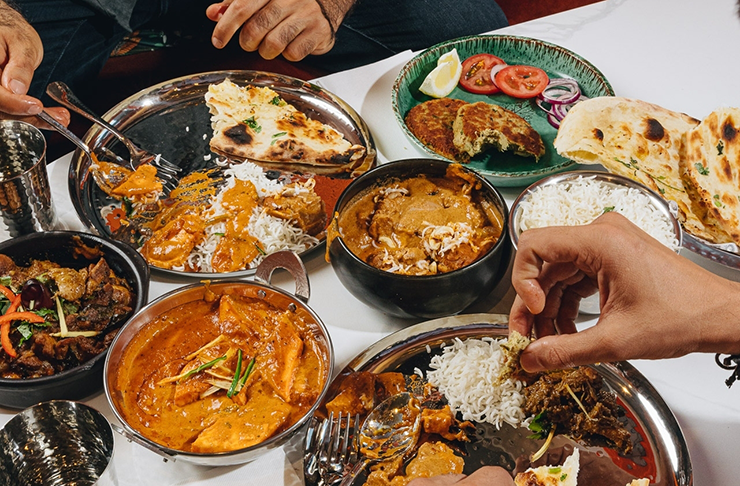 Anyone who’s been to India knows that there are so many different regions, all with their own food and traditions. Roti Boti pays homage to India’s rich diversity, with specialty cuisine from places including Punjab, Goa and Calcutta. Head-chef and owner, Gypsy, designed the interior of this award-winning restaurant, making sure to include lots of traditional decor. There’s also an elephant out the front making it unmissable as you drive past. Arguably one of the best restaurants Melbourne’s southside has to offer in 2022.

Feeling hungry? Check out all the new restaurant openings in Melbourne.