8 Places To Enjoy A Nice Cold Beer This Summer

There’s nothing like kicking back with a beer on a summer afternoon and letting the icy cold liquid gold cool you down from the inside out. So, to help you get your beersies fix, we’ve found eight places to enjoy a beer or two this summer. From hidden neighbourhood bars to buzzing beer gardens, here’s where to drink beer in Auckland. 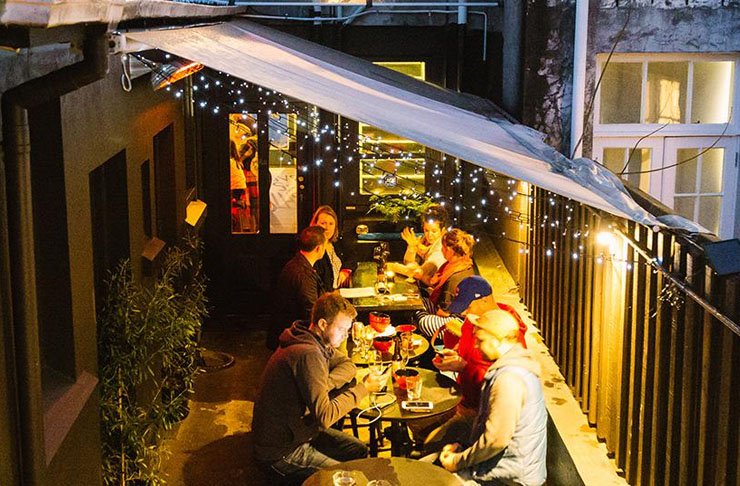 Bars get pretty damn hectic during the warmer months and sometimes you just want to escape the crowds and enjoy a cold one in a more low-key environment. Flight 605, Morningside’s favourite little bar is just the ticket. With a stellar collection of craft beer, tasty bar snacks (the loaded fries are out-of-this-world) and service with a smile, you’ll feel at home as soon as you walk through the door.

We’ve said it before but we’ll say it again: Hallertau’s Biergarten is one of the best spots to sink a few bevvies on a hot day. This West Auckland oasis has beer taps galore and a tempting menu for when you get a bit peckish—think freshly shucked Matakana oysters, wood-fired pizzas and their famous jalapeno poppers. Be sure to order a tasting paddle so you experience all the hoppy goodness Hallertau has to offer.

Jump on the ferry and head to the beautiful Waiheke Island for a top-notch day of drinking top-notch beer. Wild on Waiheke’s brewery is over 25 years old but produces some truly awesome tipples. They’ve dubbed themselves a ‘microscopic’ brewery and can only brew 1200 litres per batch, but every drop is 100 per cent worth the ferry ride. 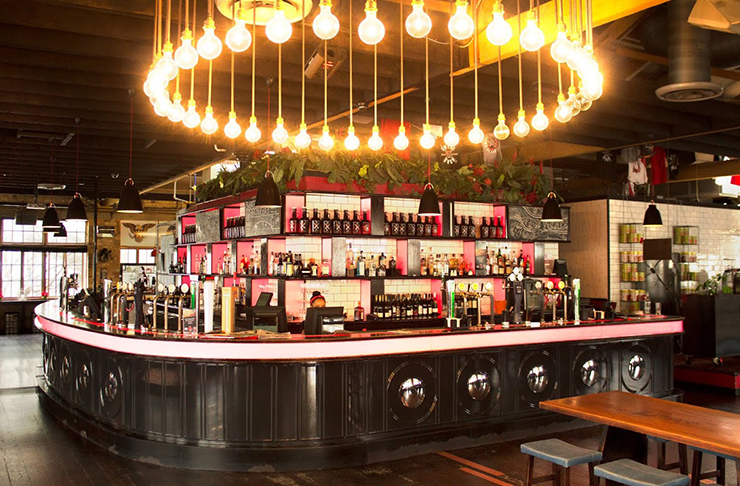 An afternoon of smoky barbecued meat, beer and sunshine and Sweat Shop Brew Kitchen is always a good time. Their beers—including APA, pilsner and lager— are brewed on-site and the huge outdoor deck means there’s plenty of room for you and your entire crew. Just promise us you’ll try the 12-hour Manuka smoked beer brisket—it’s a delicious hunk of meat.

The Beer Spot is guaranteed to become ‘your tappy place’. This Takapuna joint pours 40 taps of rotating beers and aims to take the fear out of bear, making it accessible for brew newbies and those still on the fence about whether the frothy golden goodness is for them. They also have a food truck line-up, so you can get a feed, try some excellent beers and hang with some cool peeps at once. 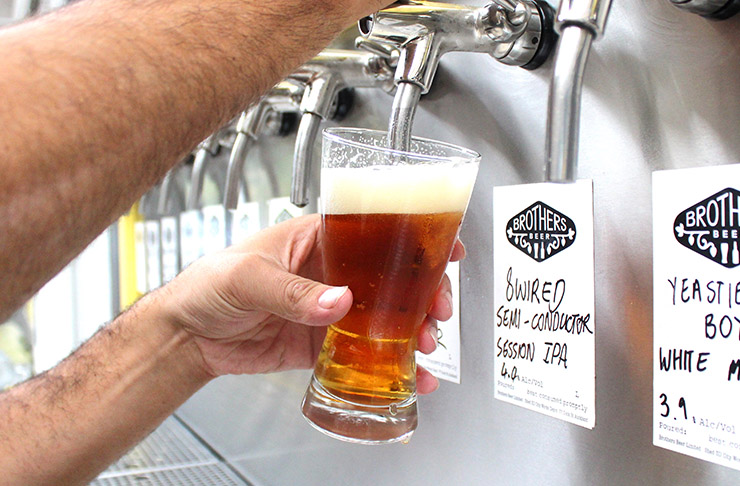 A brewery, American barbecue joint and epic day drinking spot rolled into one, Mt Eden’s Brothers Juke Joint BBQ continues to be a solid choice for an arvo in the sunshine. The huge courtyard is a suntrap and inside, you’ll find heaps of comfy couches to lounge on. And the beer? Their rotating taps will keep every kind of beer-lover happy. 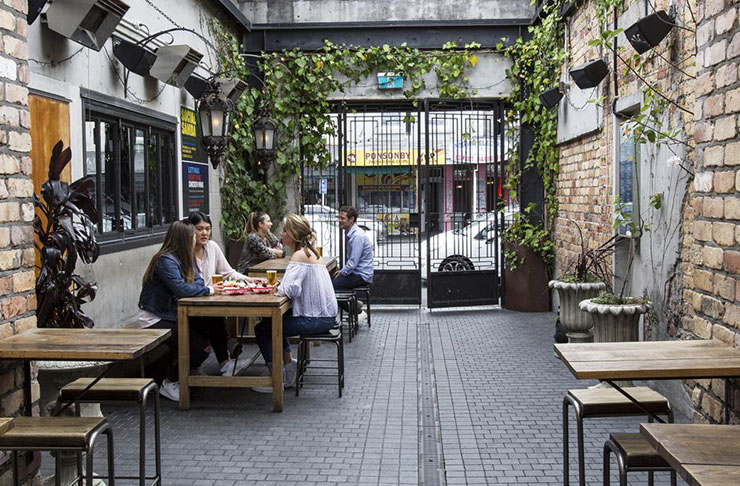 Most of us have spent time grooving on Ponsonby Social Club’s dance floor, but if you haven’t, it’s also worth hitting this bar up for a quality afternoon beer drinking sesh. The front courtyard functions as welcomed shelter from the sun and a place to make your way through their beer list. PSC hosts all sorts of foodie pop-ups, so chances are there will be some tasty dishes to put a stop to any hunger pangs.

Head out to the ‘burbs of Browns Bay and you’ll be treated to a slice of the good life at Deep Creek Brews And Eats. There’s plenty of house-brewed beer to go around, including pilsners, pale ales and special one-off creations, which we suggest you give a whirl. On the food front, expect sliders, barbecue ribs, mussels and tacos. The best bit? There’s an outdoor area with views of the beach!