The roaring twenties 2.0 are here and if this is the decade you’re looking for a truly life changing experience, then the Camino de Santiago is one for the bucket list. Known as one of the most famous walks in the world, and with routes from 120 kilometres to a whopping 1,000 kilometres, you're guaranteed to find the perfect walk for you.

Here’s everything you need to know if you plan on walking The Camino de Santiago for the first time.

The History Of The Camino de Santiago

The religious roots of the Camino de Santiago, or Way of St James in English, goes all the way back to as early as the 8th century and begins with the discovery of the remains of St James the Apostle in Northern Spain. There are differing stories of what happened and how they ended up there, but the remains now lay in the Santiago de Compostela Cathedral, in a purpose built chapel. The Camino as we know it today was officially founded by Father Elinas Valina, who is credited with using the yellow scallop shell to mark the route. Due to the religious significance of the trail, those walking the Camino are referred to as pilgrims, and they come from all over the world. Although it should be said that in 2020 this isn’t just a religious pilgrimage, and is now popular with travellers from all walks of life for a vast myriad of reasons. 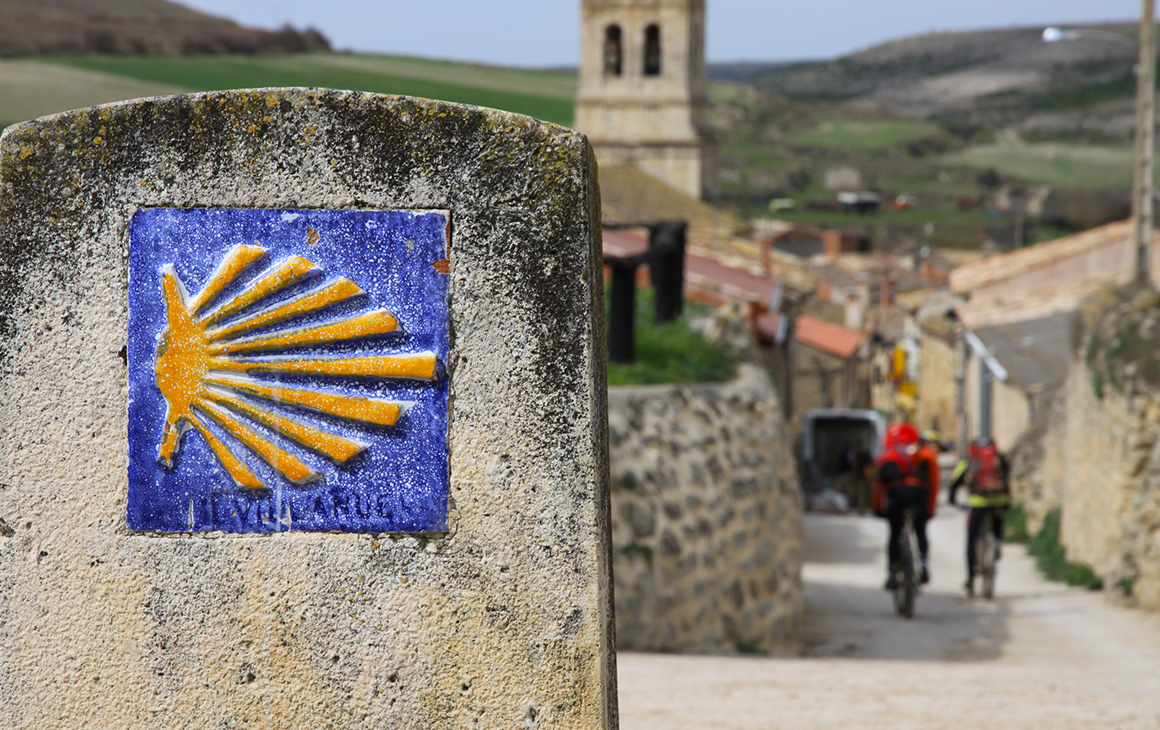 Where is The Camino De Santiago?

There are many routes, ranging from right across Europe including France, Portugal, Spain, England, Germany, Italy, The Netherlands and more, and all are included in what is known as the Camino de Santiago. Historically, pilgrims would begin from whatever was closer to their house, but now it’s really up to you when it comes to what route you take and how long you walk. If you’re concerned about the weather, you can walk the Camino all year round, however the best seasons are Spring and Autumn, and as for time of day, it’s said that the early bird gets the peaceful walking track.

The Most Popular Routes To Take

The French Way (Camino Frances) | This is the most popular route for the camino starting from Jean Pied de Port in France, to Santiago de Compostela in Spain. On this route you’ll pass the stunning Pyrenees (on the French side) and Spain’s Roncesvalles, as well as journeying through Pamplona, Logroño, Burgos and León. You can expect the French Way to take about 30 to 35 days, depending on your pace, which is a rough distance of up to 27 kilometres per day to make up the total 780km route.

The Portugese Way (Camino Portugues) | Up there in popularity, if you take this route from Portugal you can start at the official beginning, which is Lisbon, or you can get on the trail from Porto. Once your in Porto you can decide whether you take the coastal view, or the inland trek, there is about 20 kilometres of difference between the two. 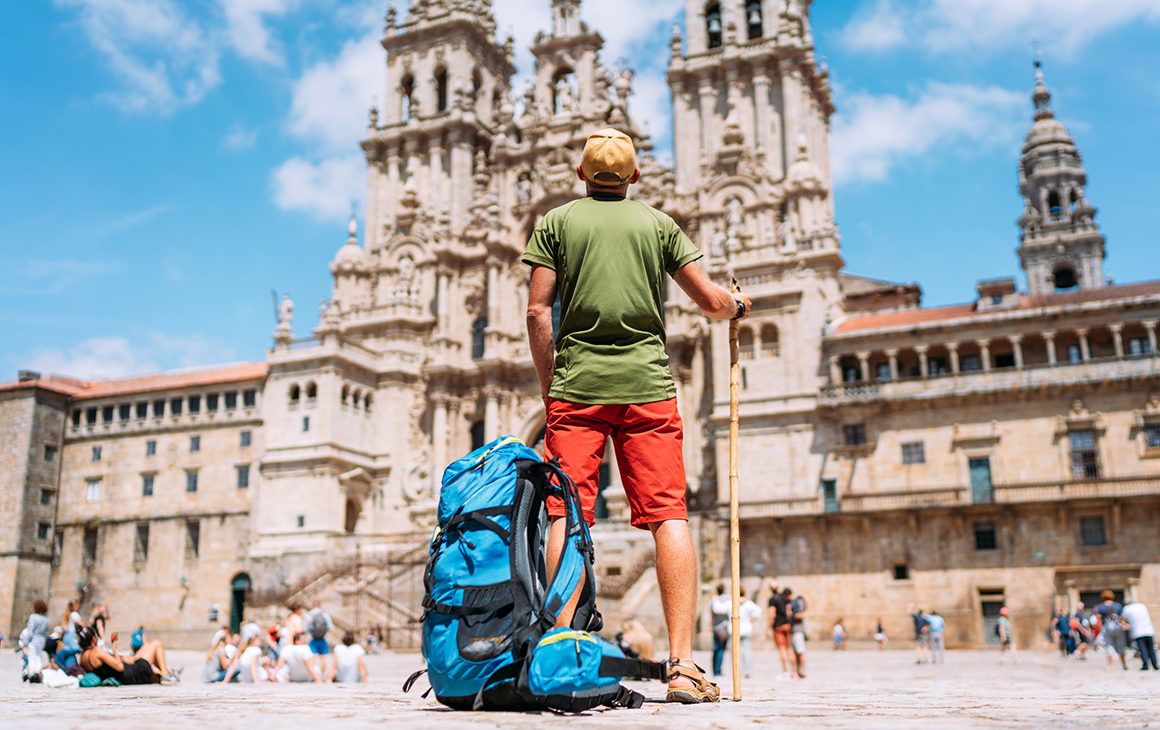 The Northern Way (Camino del Norte) | Starting on the border between Spain and France from the town of Irun in the Basque region, pilgrims wanting a more tranquil and less crowded trail are beginning to opt for this one. At over 800 kilometres, this is a serious walk.

The English Way (Camino Ingles) | For true beginners, this route at 120 kilometres is the shortest work of the bunch, and even though it’s called the English way it actually starts in Spain, and gets its name because this is where English pilgrims are believed to have begun the walk from.

Towns To Visit Along The Way

Covering so many countries and kilometres, no matter which route you choose, you're in for some stunning scenery.

The starting point for the famous French way, this riverside walled city is postcard perfect. Nestled at the foot of the Pyrenees Mountains, this charming French town has everything that you’d expect, from winding cobblestone streets to a traditional market selling local fare, and gothic churches. 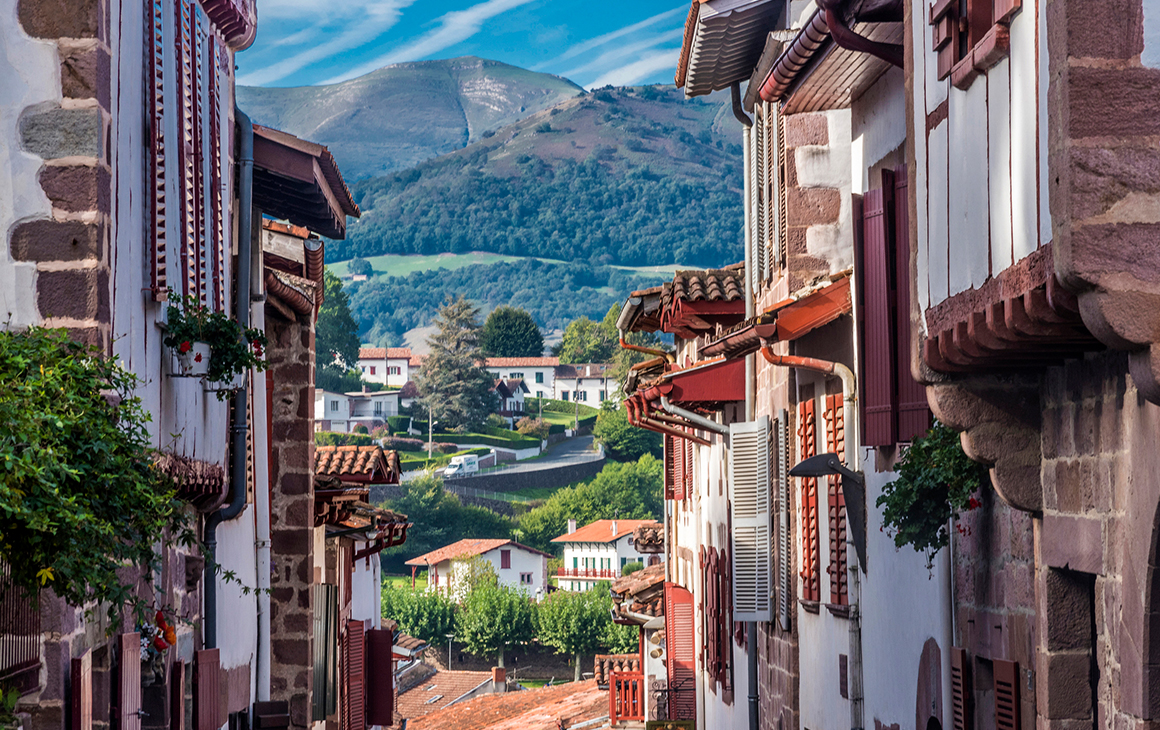 If you were toying up between the inland route or the coastal option, the stunning town of Oia might help you make your choice. Located on the coastal route, and not to be confused with the Greek city of the same name, this Portguese town is the spot for a stunning sunset, especially because you’ve definitely earned yourself a break.

Known for an array of uniquely crafted mansions, this ancient hilltop town even boasts a Gaudi designed chalet, El Capricho. Comillas has both beaches and a national park, as well as a vibey old town square, the Plaza Corro Campios.

A Coruña | The English Way

One of the starting points for the English Way, the medieval town of A Coruña in Northwest Spain, is worth adding to your itinerary. A climb up the Hercules Tower will let you soak in 360-degree views to get your bearings, before you throw back an Estrella Galicia, the town’s local brew and wander the old centre.

5 Tips For First Timers On The Camino

#1 If you buy one book for your journey make it John Brierley’s Camino Guides. It’s considered the bible for pilgrims, no pun intended.

#2 All serious pilgrims trek with these five things: good walking shoes, and good socks. A quality backpack that’s not filled too full, a head torch and walking poles.

#3 Remember a lot of small towns in Europe are closed on Sundays. Make sure you have bananas and avocados in your pack for much needed protein in case the shops are shut.

#4 Get your passport, or credencial, stamped each day. You can find out everything you need to know about the Pilgrim’s Passport here.

#5 Pilgrims stay in albergues along each Camino route. Make sure that when you arrive at your rest stop for the night that you head first to a local albergue to secure your room, especially during peak times. You’ll also find many albergues offer pilgrims menus with all the protein and carbohydrates you need to refuel.

Once you've tackled the Camino, check out these epic walks around the world.