Grab Your Swimmers, This European Island Has Some Of The Bluest Water In The World

Welcome to one of the largest islands in the Mediterranean‒and one of the most beautiful. Sardinia, sitting pretty off the coast of Italy, to the north of Tunisia and just South of the French island of Corsica, is a literal oasis combining a stunning desert landscape with every shade of blue.

If beach hopping, wine guzzling and stuffing yourself silly on some of Italy’s most diverse cuisines sounds like your kind of jam, then we have five reasons why Sardinia should be your next go-to European getaway.

Beach Hopping Is A Must

How many beaches does one need to truly make a beach holiday? We’re willing to bet that 100 beaches and whopping 1,800 kilometres worth of coastline means Sardinia has your seaside dreams sorted. With 100 to choose from, it can get a little overwhelming, so we’ve rounded up some of our top picks to get you going. First things first, there would be no beach guide to Sardinia without mentioning the glistening waters of Spiaggia del Principe, aka Prince’s Beach, located in the famed Costa Smeralda along Sardinia’s north east coastline. Next on the list is Liscia Ruja, and the off-piste journey to get there is more than worth it. A long stretch of beach (by European standards), there is ample space to sunbathe especially in the cramped summer months. 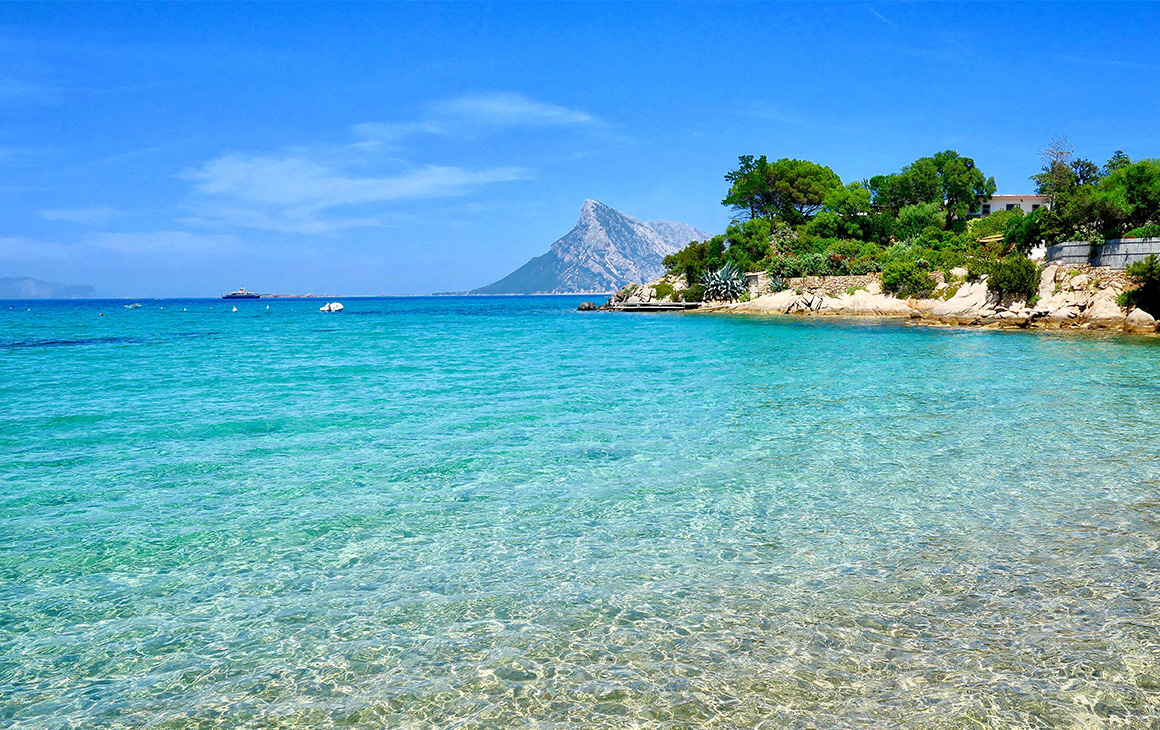 Near the glitzy town of Porto Cervo you’ll find Spiaggia La Celvia, ideal for snorkelling and diving. Romazzino, or Rosemary, is a quieter alternative and is named after the local rosemary bushes that grow in the area. If you’ve been researching Sardinia for a while, chances are you’ve set your eyes on the blue hues and rock formations of Cala Luna. You’ll find this gem in the Gulf of Orosei, and it’s not just the cove itself that draws visitors from all over the globe, the bay is surrounded by mountains from the nearby Gennargentu National Park. To round out the list, Spiaggia di Capriccioli, also on the Costa Smeralda, is small but mighty at just 200 metres, but with turquoise waters that get to 26 degrees in October, it’s one you can’t miss. Our hot tip when it comes to discovering beaches in Sardinia? Bring walking shoes. Let’s just say some of these beach gems are well and truly off the beaten path, and by that we mean there is sometimes literally no path. 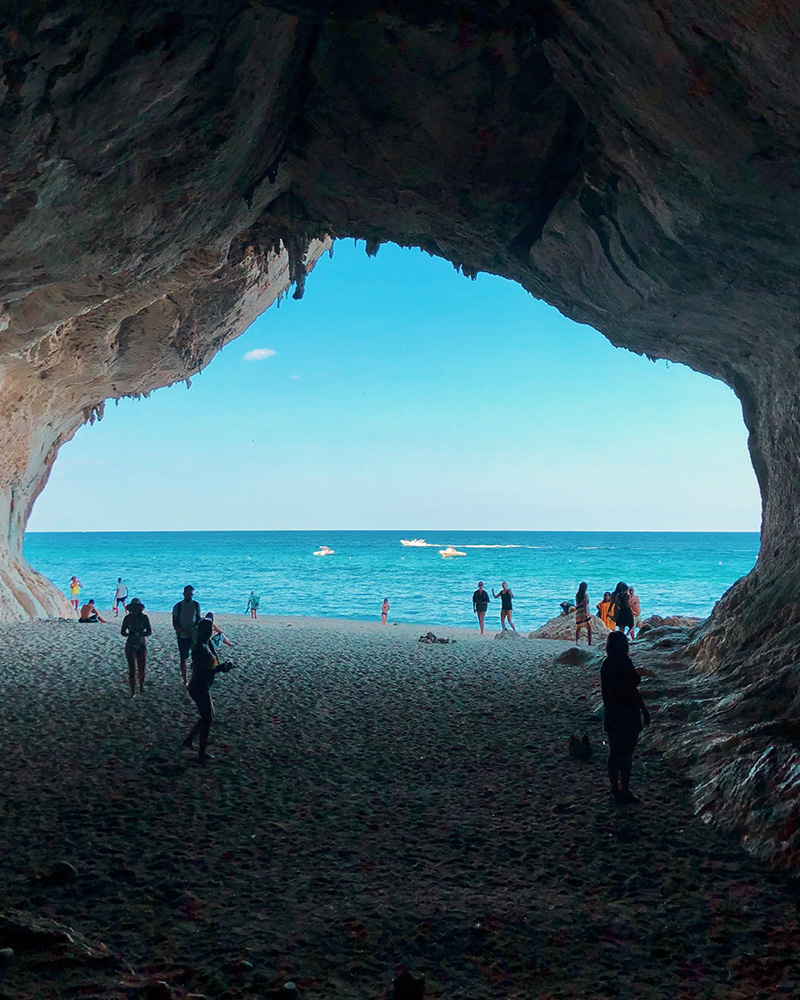 A little bit of wine? We thought you’d never ask. Whilst the coastline of Sardinia is all about that beach life, once you head inland you’ve officially arrived in wine country. A little-known fact about Sardinia is that once upon a time it was called wine island. When it comes to red wine in Sardinia you’re on the lookout for Cannonau, from the Grenache grape. If you’re a white lover then Vermentino will be your tipple of choice. And then you have a whole plethora of options that are unique to the island, from the white Torbato, to the red Monica and the local dessert wine, Malvasia.

Nothing says island life quite like setting sail, and perfect views are guaranteed from the water, with none more jaw-dropping than those in La Maddalena Archipelago. This group of islands is located in the Strait of Bonifacio, which sits between Corsica and the north-eastern part of Sardinia. Claimed to have some of the clearest waters in the world and consisting of 62 islands with seven main ones—La Maddalena, Caprera, Budelli, Santo Stefano, Santa Maria, Spargi, Razzoli—each more stunning than the next.  The lagoon of Porto Madonna between Budelli, Razolli and Santa Maria is the spot to check off the list, and because you’re near the island of Budelli you won’t want to miss La Spiaggia Rosa, or pink beach, where pink sand meets the water. Octopus Head Beach or Testa di Pulpo, on the southern end of the Maddalena island, named after a large rock resembling (you guessed it) an octopus head is a perfect spot for snorkelling. 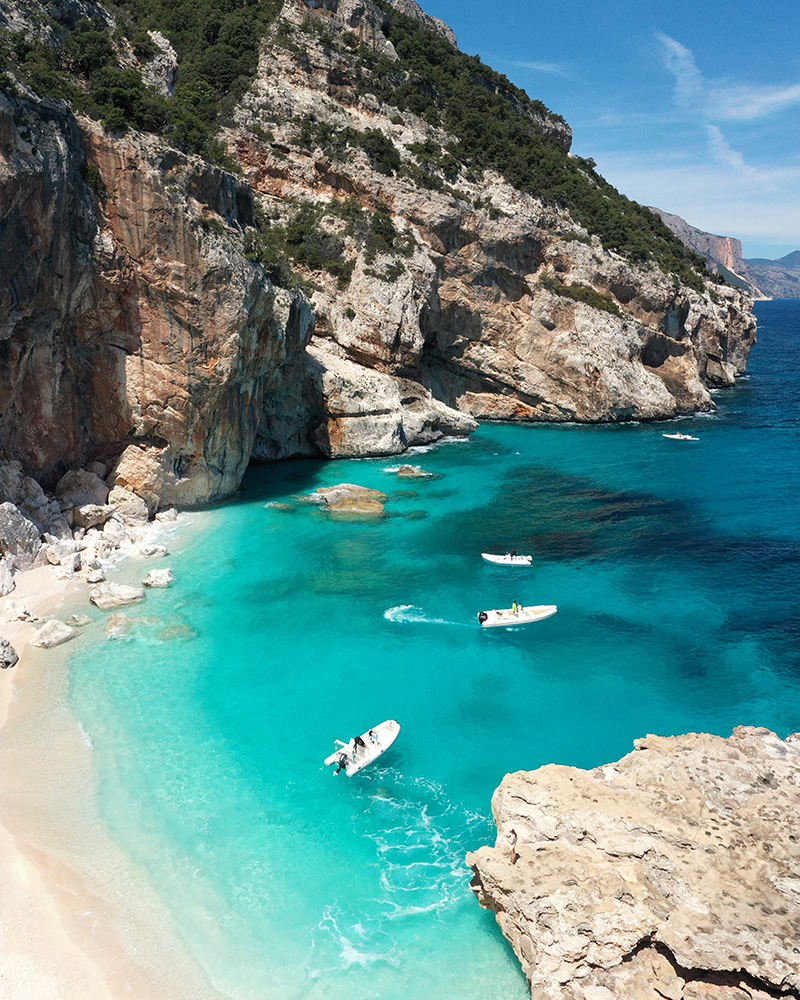 Make sure you ask the captain to swing past Tahiti (and no you’re not headed back to the Pacific). This beach cove on the island of Caprera is Instagram, Pinterest and general holiday goals. Think rose-coloured rocks and glistening hues of blue in the middle of the Mediterranean Sea. The ferry leaves each day from Palau to La Maddalena, taking 15 minutes and costing approximately 20 euros.

If you’ve spent enough time in Italy, you’ll have come to realise that each region boasts its own unique cuisine, and that most locals will tell you that theirs is by far superior to any other (especially the region next door). When it comes to Sardinia, their cuisine really is different from the standard Italian fare. For starters, being an island you would expect seafood to be the star, but meat is still very much the hero of many dishes here. With culinary influences from Spain, the Romans and even the Phoenicians, this little island is foodie heaven. For starters there are 400 types of bread on offer (not a typo), meaning roadside paninis are plentiful and a must try. Also, the roadside paninis are often served with wine, so yes you are officially in paradise. 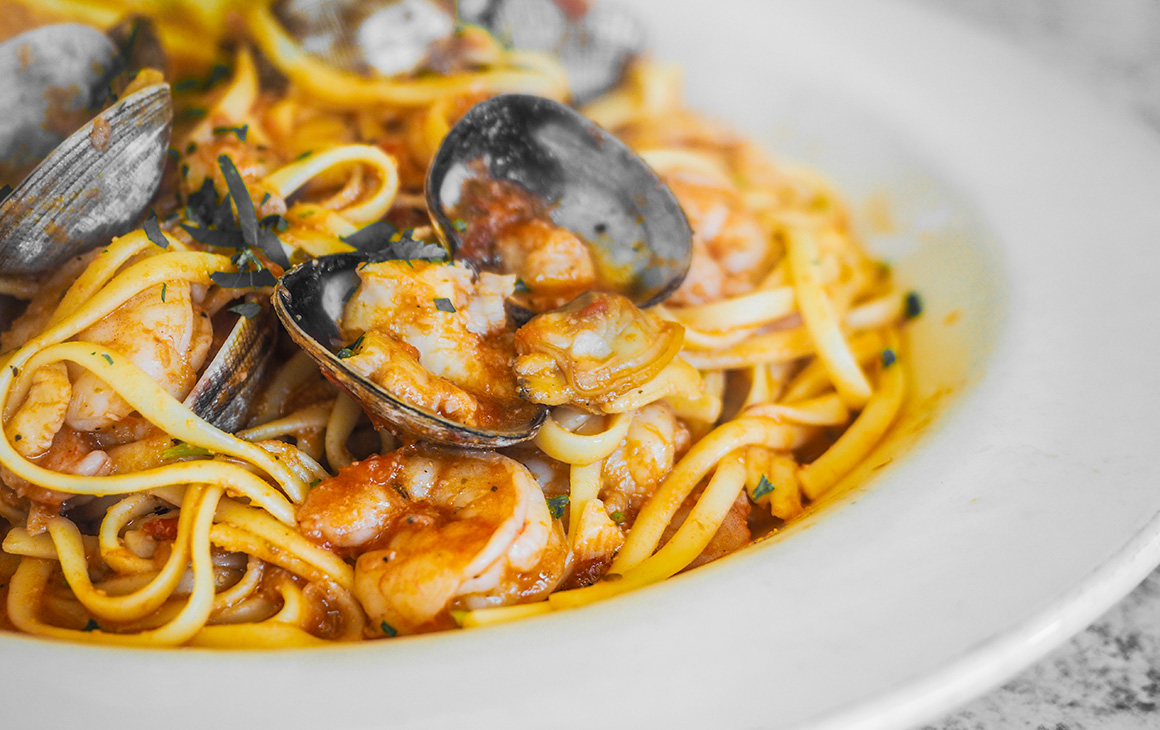 Continuing our carb affair, the comfort dish of the island is Zuppa Gallurese. To anyone that speaks Italian, this isn’t a soup, but actually one which takes bread, fresh cheese, grated cheese, a seasoning of parsley and pepper, followed by a decent soaking in meat broth and enough time in the oven for the bread to get crunchy and the cheese to melt adequately. Other dishes to look out for are the bottarga or fish roe pasta, octopus salad, and Catalan Lobster, famous in the town of Alghero (where they still speak Catalan), boiled and served with rocket, tomatoes and onion.

Amidst the food, beaches, islands and all of the delicious wine, you’ll also discover small town life, Sardinian style. There’s the mountain village of Aritzo, perched high on a hill it’s home of sa carapigna or lemon sorbet. And you can’t miss the medieval city of Cagliari and its Il Castello, a citadel once home to aristocracy. One of our faves has to be the town of Alghero—known for more than just the Catalan Lobster we mentioned earlier—with cobblestoned streets and a walled town centre, it is coined as one of Sardinia’s must-sees. Depending on your flavour, the town of Bosa with its pastel coloured buildings is one of the most beautiful towns on the island, and also an ideal spot for nightlife. 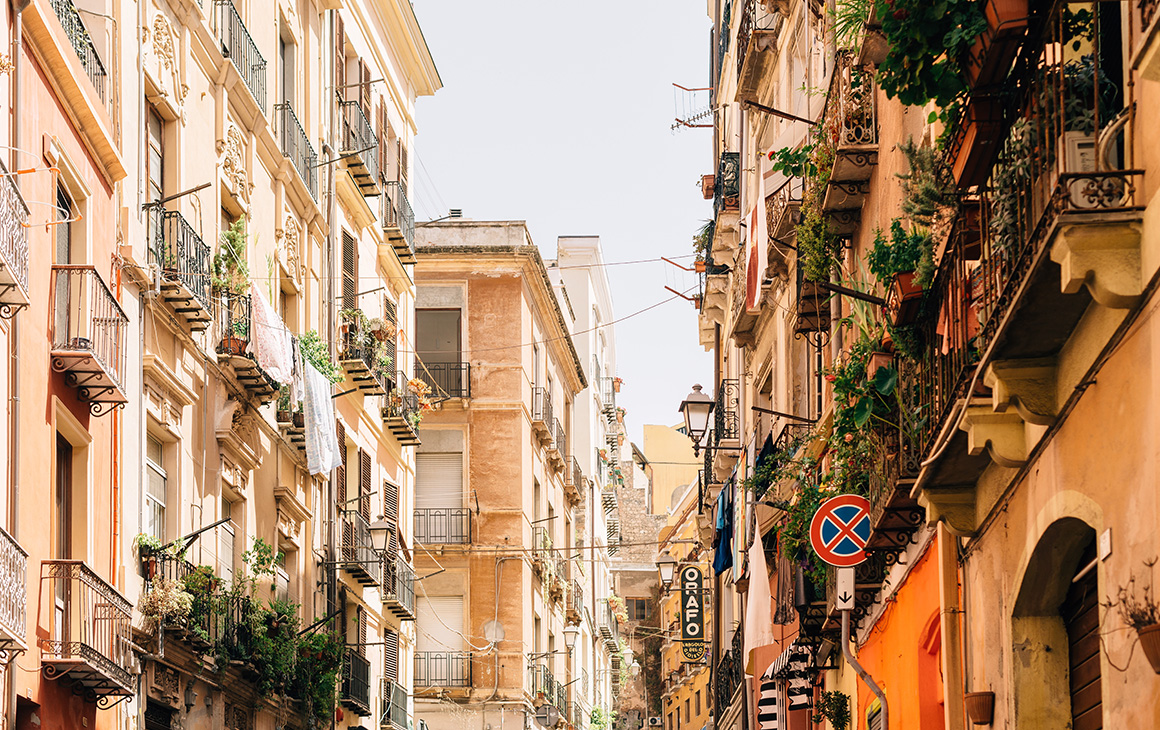 When it comes to larger towns, Olbia is sometimes overlooked as nothing more than the gateway to the Costa Smeralda and a spot to catch the ferry to Madalena. Home to one of the main airports, it can be a convenient place to base yourself and also save a bit of money on your accommodation. But, when it comes to having money to burn, there is nowhere else but Porto Cervo, on the Costa Smeralda, to set up your beach umbrella and see how the other half live. This is where you grab a wine or a spritz and peruse the yacht you’ll buy in your next life. There are many other towns worthy of both a mention and a day trip, including Castelsardo with its fortified old town and narrow laneways, and Orgosolo nestled in the mountains and famous for its street art murals which tell the town’s history from the 1970s until now.

After more Italian adventures? Check out our guides to Puglia and Tropea.