The only thing that can make crystal clear waters and kilometres of holiday sand that much better, is being able to nab that perfect chill spot all for yourself. With tourists flocking to European beaches in droves from as early as April, it can make finding your perfect place on the shore just that little bit more challenging, but that’s where we come in.

Before you lock in that annual leave, we’ve rounded up five of Europe’s most under the radar beaches to set your holiday plans apart from the rest. Happy paddling.

If there is one thing the Spanish know how to do, it’s beaches, which really isn’t surprising given they have more than their fair share to choose from. But when the crowds of beach umbrellas and Northern Europeans working to shed their winter skin get a little too much to handle, it’s time to get acquainted with Playa El Cañuelo in Andalusia.

Located on the Costa Del Sol, near Malaga in Southern Spain, El Cañuelo is hidden between pine tree lined cliffs and only reachable by foot. The beach’s secluded location no doubt helps to keep it under the radar, but also means it has maintained a more rustic vibe and with pretty much no wind you can really bunker down and stay a while. The breathtakingly steep cliffs add that extra jaw dropping factor, and also mean you’ll need those sensible shoes again, with the walk down lasting about half an hour. 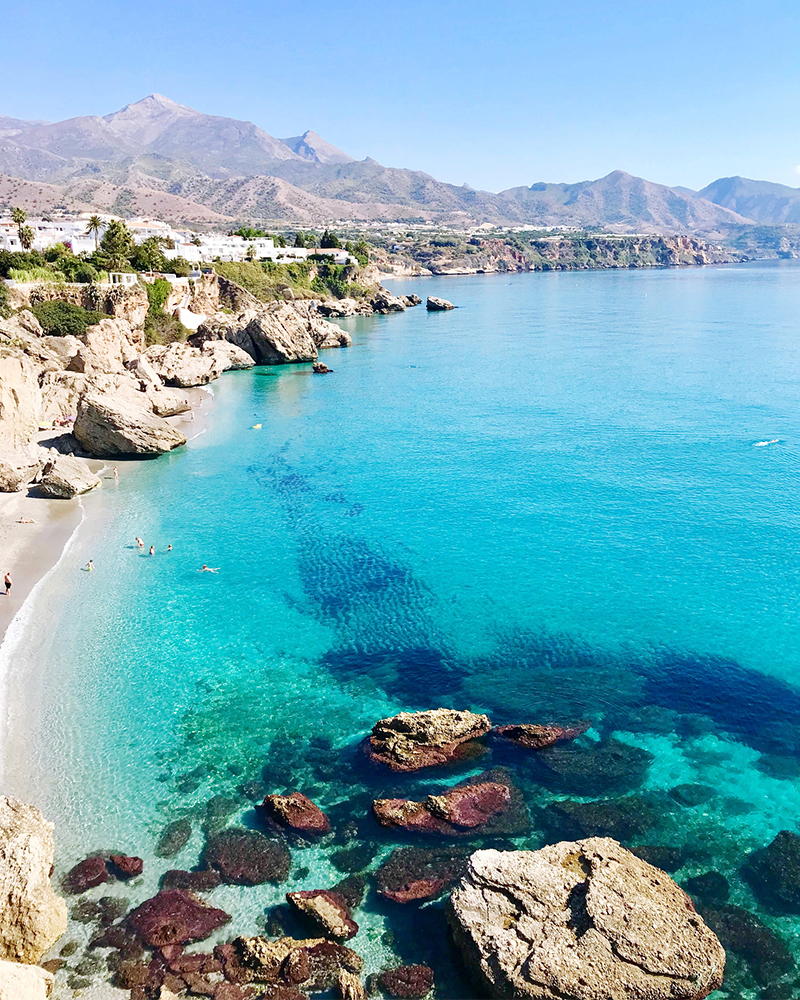 Waiting for you at the bottom is 800 metres of crystal clear water, and the kind of seclusion where you can let it all hangout (yes team, going nude here is welcomed). Two words of advice, the early worm gets the best sand, and BYO snacks, there are only one or two restaurants close by. Sometimes they’re open and sometimes, well, you’ll just be glad you brought those snacks.

This port city on Latvia’s west coach was once a small fishing village, and is now Latvia’s third largest town and perhaps most importantly, the country’s premiere beach spot. Nestled between Lithuania and Estonia, Latvia has grown in popularity in recent years thanks to foreign tourists discovering its epic coastline, lakes and forests.

One of its most famous spots is Liepāja Beach, where the pine forest quite literally meets the sea. Hundreds of kilometres in length and with glistening white sand, you’ll find bohemian vibes and a killer sunset right along what is also referred to by locals as “Blue Flag Beach”. A go-to spot for kite surfers and wind surfers, the city is also coined the music capital of latvia, meaning Monday, Wednesday and Friday are party nights at Liepāja, so plan your itinerary accordingly. 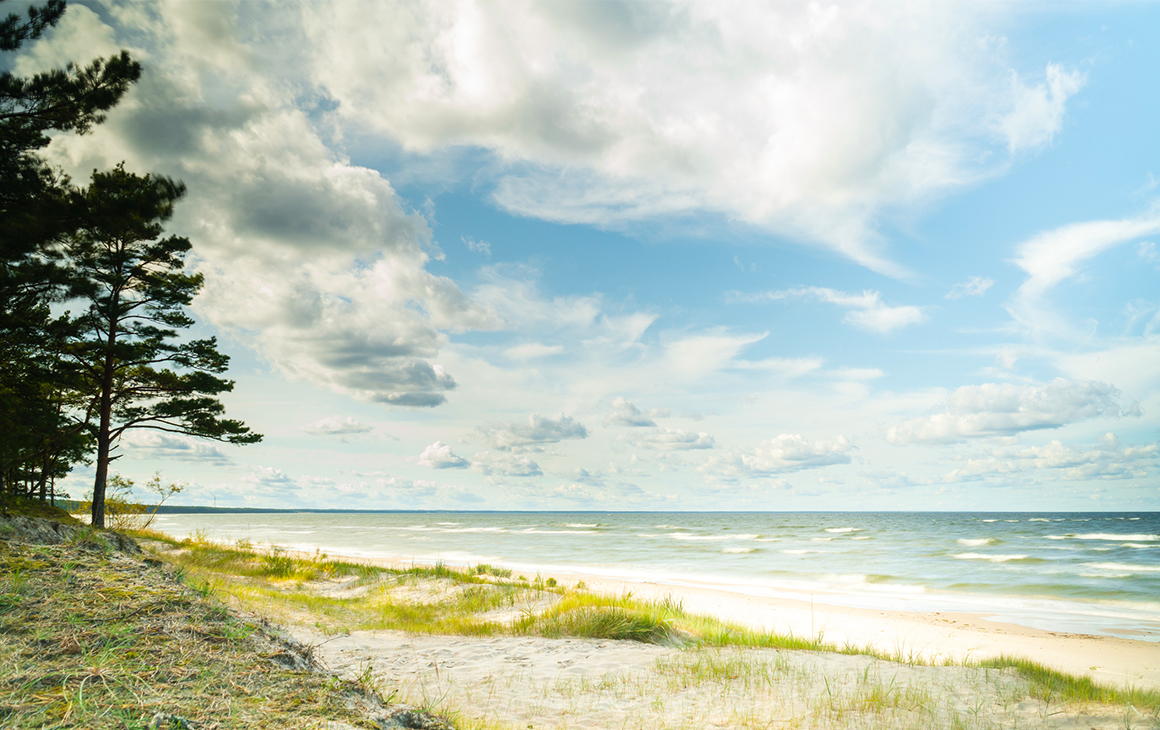 You’ve been loved up in Santorini, partied until the sun came up in Mykonos, and now it’s time to become acquainted with Ikaria. This under the radar Greek Island is slowly increasing in popularity after being uncovered as a blue zone, and it’s rugged beauty makes this island a total gem of the Aegean Sea. At approximately 10 nautical miles southwest of the island of Samos, and a cheeky 11 hours from Athens by ferry (a large reason why it remains so untouched), with ferries leaving throughout the week from Piraeus Post and don’t freak out just yet, there are also flights from Athens. 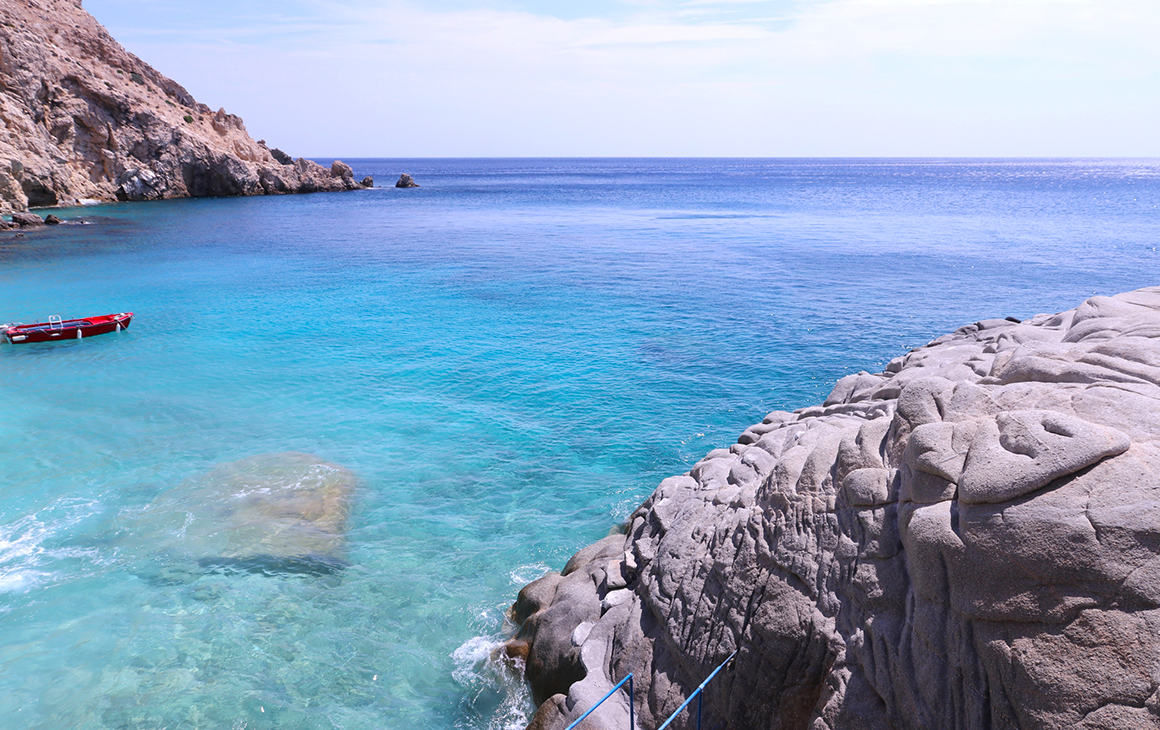 Ikaria has its fair share of beaches, but the one that’s guaranteed to get your feed on fire is Seychelles, on the island’s south coast. This location is perhaps one of the reasons why this beach remains under the radar, with the south of Ikaria by far the least developed (which trust us is a good thing) and which also means your adventure game just went up a notch when it comes to navigating it’s rocky terrain. The closest village to Seychelles is Mangganitis, and the way to the beach can be found following the path where the road ends, and trekking down the river bed, so you’ll want to invest in some sensible shoes. If you want to avoid the walk you can also grab a spot on the water taxi from the Mangganitis’ fishing post and jump right in. However you choose to get there, what awaits is well worth it, with the beach nestled in the cove and the water the brightest of blue thanks to the white pebbles that line the ocean floor.

One of Spain's many beautiful islands, Mallorca is home to an impressive 262 beaches in total and over 50 kilometres of coastline. S’illot Beach, sitting pretty on Mallorca’s south east coast, in the north east corner of the island, is one of Europe’s most under the radar spots.

Nestled in a sleepy inlet, S’illot actually translates to “small cove” and the beach is framed by groves of pine trees and other smaller rocky coves. You’ll find it pretty easy to locate once you follow the narrow road from Bonaire, where you’ll find a totally different vibe to the main tourist part of Mallorca.

The turquoise hues of the water here are the real drawcard, and we’re willing to bet you’ll be hard stretched to name too many beaches with water this clear. Just make sure you pack ocean shoes as the shoreline and shallows aren’t exactly soft sand, but the extra precaution is worth it. 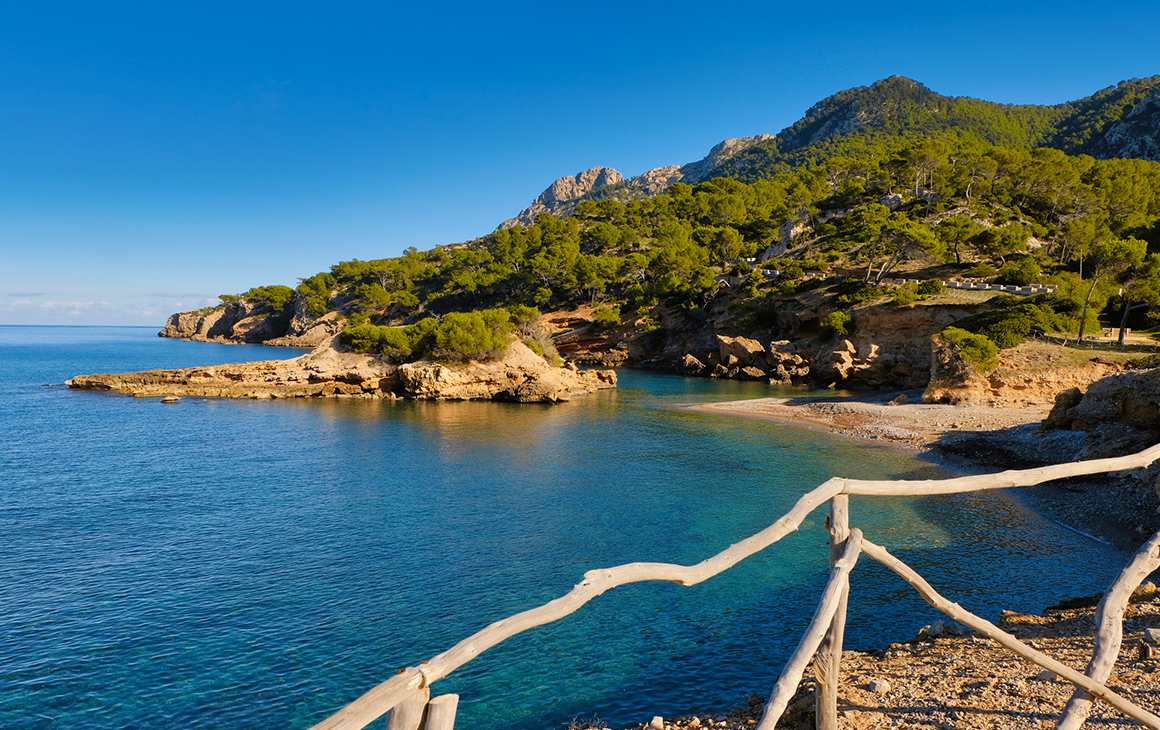 It’s not often that you hear of Ibiza’s chilled side. Known for beach clubs and parties that go until noon, the party island has a soft side on its west coast. In addition to its more low-key vibes, it is also home to a hidden beach or two, with Cala Codolar one of the best.

Just over half an hour from Ibiza town, this cliff encased bay is 70 metres of perfection at the end of a long dirt road. One of the reasons it has kept its chill factor is that Cala Codolar is too small and too shallow for ferries to access it, meaning there is a good chance you can enjoy this chill without any overly hectic crowds.

A much loved snorkeling spot, this hidden sand and pebble beach also boasts an epic sunset and comes complete with a small bar, so you can come early and stay late.

Next up it's time to throw towel down in Italy. Our fave beach spots can be found in Tropea and Puglia.