In massive news, the future of flying has arrived and it’s looking bright.

Enter the “Economy Skynest”, a gamechanger in the world of travelling internationally. Yep, Air New Zealand has committed to making your long-haul flights that much more comfortable and considering the airline operates some of the world’s longest journeys, including the upcoming 17-hour Auckland to New York flight, we're pretty damn pumped.

But let’s get into what this purple bad boy really is. The Economy Skynest will basically house six full-length sleeping pods which essentially means you’ll have the luxury of being able to recline all the way back, as you would in the comfort of your very own bed (win). These guys will flow just over two metres, so even you tall humans will be able to enjoy this one, and each pod will include a full-size pillow, sheets, a blanket, earplugs, privacy curtains and lighting designed to help you get some solid sky-high sleep. 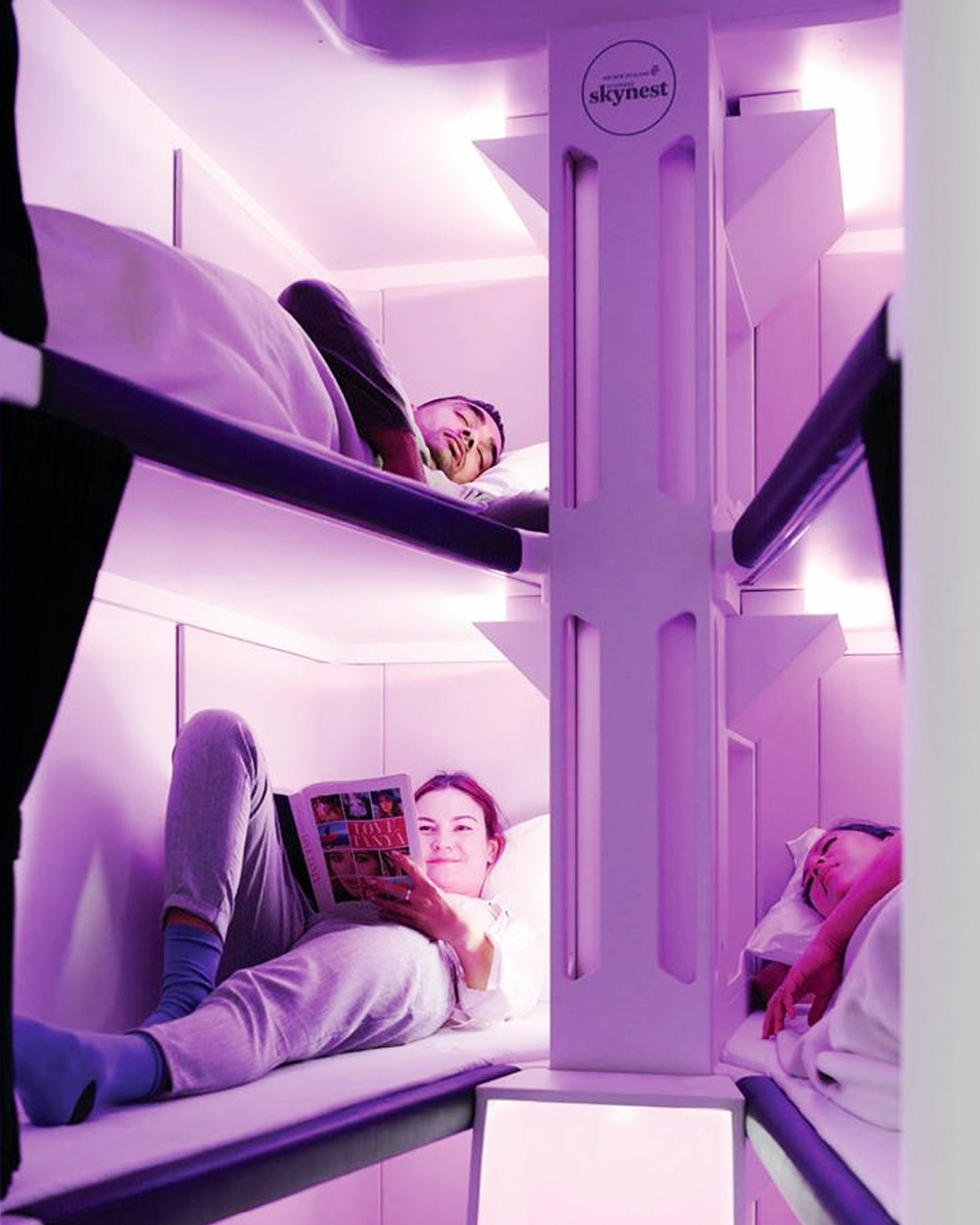 Where this guy will actually be positioned within an aircraft is still being confirmed but much like its name suggests, the Economy Skynest will be a pretty neat cherry on top for economy flyers on a long-haul flight.

And if you're wondering when you'll actually get to book one of these, Air New Zealand will make a final decision on whether to operate the Economy Skynest next year after it assesses the performance of its Auckland-New York operations (in other words, stay tuned).

For now, here are the most scenic drives around Wellington you should have done by now.