It’s easy to overlook Brisbane's CBD restaurants when you’re planning a dinner out. Our city has a wealth of burgeoning suburbs and blink-and-you'll-miss-it local eateries, so often it can seem easier to avoid the city when you don't know where to dine. But that would be remiss.

While Brisbane continues to grow and evolve, we are spoilt with incredible new openings on the regular. But there are a handful of restaurants that have been around for years, still doing some of the best grub in the country.

From fine dining to casual eateries, these are 15 of the best restaurants in the Brisbane CBD.

Walter’s Steakhouse combines sophisticated service with a New York steakhouse-style menu. Decked out with a classy and timeless fit-out that has restored Old Mineral House to its former glory, it's the closest thing to NYC steak this side of the Atlantic. The cuts are aged in house, the sides are almost as good as the steaks and the entrees to start off with include a slab of thick cut bacon (yep, just bacon)—what more could you want in a meat temple?

For Thai food with a distinctly different feel, Phat Boy is the cool new addition to Brisbane Quarter, and it's the place to go for a flavoursome Asian feed. Tuck into DIY san choi bow or slow cooked beef rib and sweet potato massaman curry, or go all out and try the Kung Tung, a spicy chilli seafood feast flung straight onto the table in front of you. Don't wear white.

Roti Place has been Brisbane’s favourite pitstop for Malaysian street food ever since it first graced our streets, way back in 2015. Since then, Roti Place has built a loyal fan base, thanks to their delicious roti made fresh on-site daily. The crispy, flakey flatbread is a favourite on Malaysian streets, and while it’s primarily a savoury dish, it tastes just as good sweet—especially with thick gooey lashes of nutella. Despite the name, Roti Place doesn’t just serve roti. You can also grab Malaysian dishes like naasi lemak, hainanese chicken and char kuey teow. But what can we say—roti has a special place in our hearts. 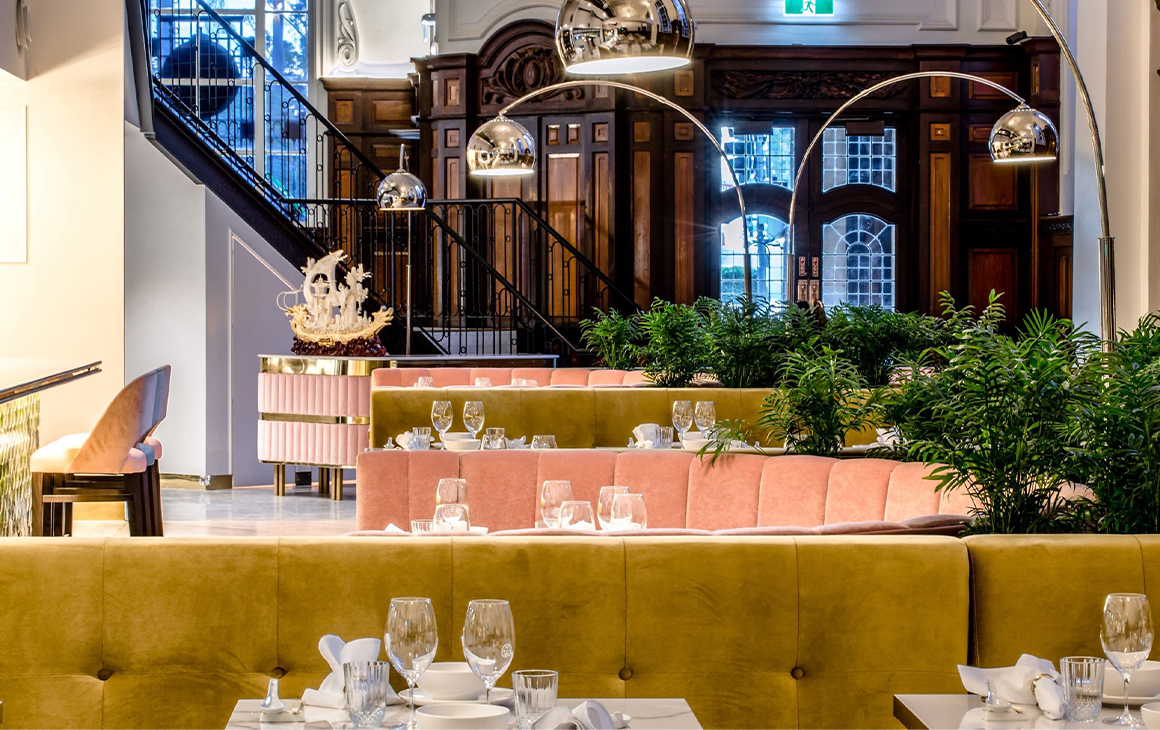 Trading out of a Heritage-listed, neo-classical building on George Street, the harmony between modernity and antiquity defines Donna Chang. The menu sees ancient Cantonese cuisine and Sichuan flavours executed with modern techniques, and the resultant feast makes for an ultra-modern fine dining experience.

Brisbane Asian-fusion restaurant, Madame Wu boasts stunning river views and a menu that celebrates the best of Queensland produce, and the best of Asian cuisine. An epic cellar, cracking cocktail list, private dining rooms, and one heck of a view of the Story Bridge make Madame Wu a no-brainer for post-work drinks and an indulgent feed.

For exquisite Mediterranean cuisine with a modern Australian twist, set your sights on the second floor of the CBD’s Brisbane Quarter. There you’ll find Persone, an Italian restaurant with stunning panoramic views of the riverfront and the city skyline. But of course, you aren’t there just for the view—it’s good food you’re after, and boy, does Persone deliver. Oysters, scallop crudo and painted crayfish will satisfy those with a taste for seafood, with the crumbed veal cutlet and one-kilogram T-bone being the other standout dishes on the menu. Is it dinner time yet? 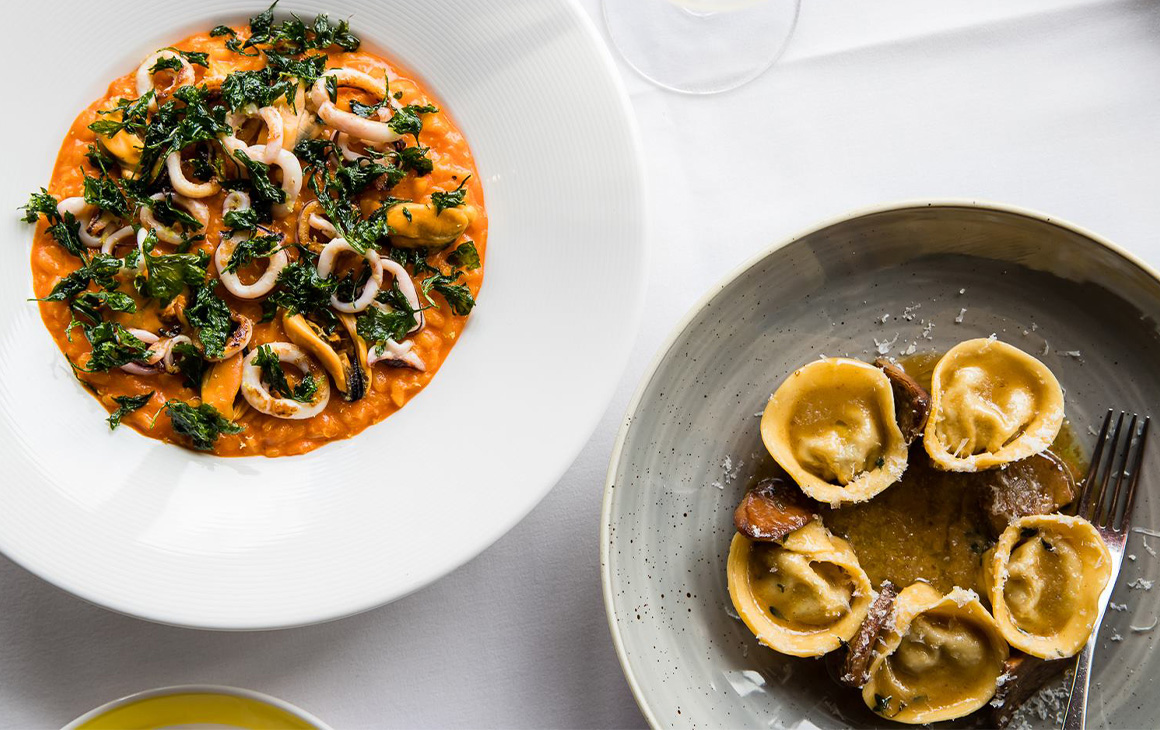 If you're craving impeccable Italian dishes, then OTTO is the only place to head. Award-winning, beautiful, and full of European charm, the decor is just as elegant as the food. With incredible views of the CBD skyline, a hand-picked wine list and an ever-changing seasonal menu, there is nothing quite like this Italian icon. Long lunch, come at us.

Greenglass is the definition of a hidden gem. Perched atop George Street, behind a hole-in-the-wall doorway, next to a topless bar, we’ll forgive you for walking past Greenglass a million times without realising it even existed. Don’t be discouraged by the entrance either, the anonymous stairs and eerie space leads to a seriously breath-taking, light-filled space, and an even better menu. Inspired by the tastes of France, the menu is affordable yet fancy.

What’s the only thing better than Japanese food? Japanese with a view. Sister venue to the Sydney Saké, this is the place to feast delicate sashimi, pan seared gyoza and decadent soy braised pork belly, all from the unrivalled riverfront location of Saké Restaurant & Bar. As you can tell from their menu, Saké brings a unique spin to tried and tested Japanese flavours, so you’re guaranteed an incredible meal unlike anything you’ve had before. End the night with a scoop of green tea ice cream and you’ll be booking flights to Japan as soon as the borders open. 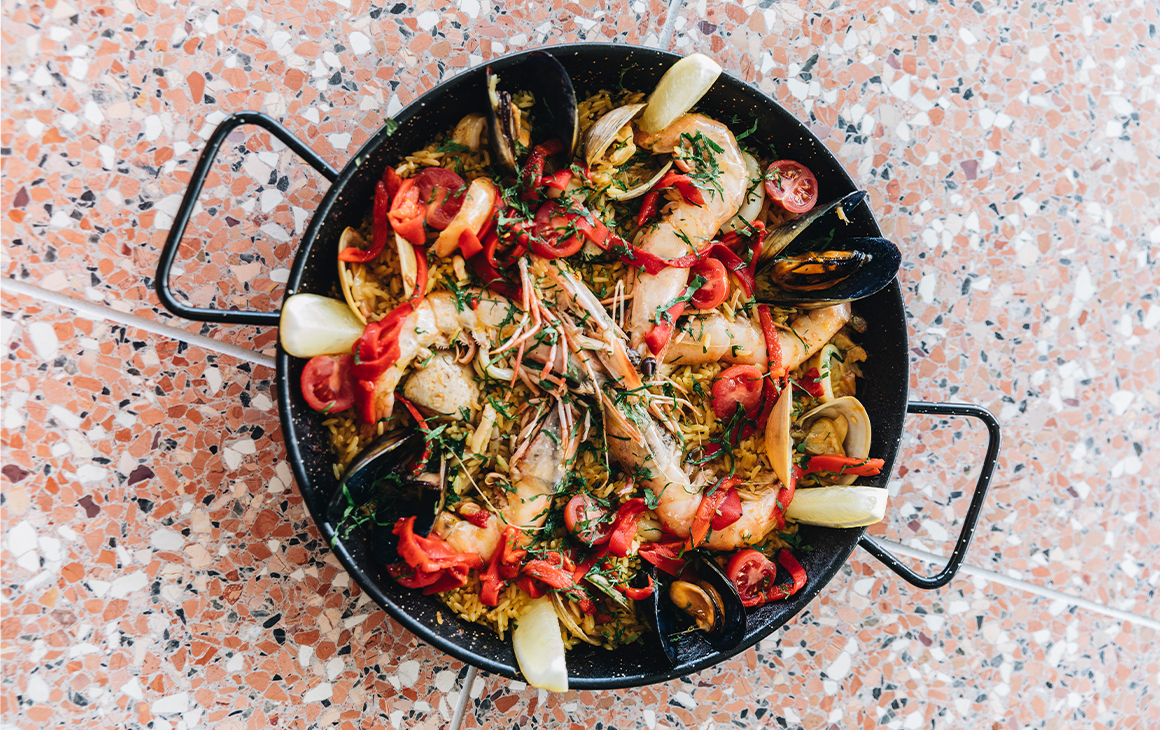 Get your Spanish fix with a trip to Rico Bar & Dining, a fairly new riverside spot dishing up delicious feeds. We’re talking plates of paella and calamari, croquettas and empanadas—not to mention jugs of sangria to wash it all down with. But it gets even better: from Monday to Thursday, 3pm–5pm, Rico serves up fresh, juicy oysters for just $2.50 a pop. Just in case you needed an excuse to leave work early.

If your Insta feed is in dire need of some luxe dining vibes, book yourself in for a meal at Alchemy. Overlooking the Brisbane River and the Storey Bridge, you’re in for some stunning shots of the city, all while indulging in an incredible meal inspired by the flavours of Italy. With a focus on wholesome, fresh and seasonal produce, you can expect meals like braised goat penne, beetroot risotto, and petto di pollo to grace your plate. Sounds delizioso, if you ask us.

Whether you’re a yum cha regular or you’re new to the joys of ordering one too many baskets of pork xiao long bao and having to roll yourself home, Brisbane Phoenix will have you grabbing the chopsticks for a feast of epic proportions. Being the fifth venue from Sydney’s much lauded Phoenix Group, the Brisbane restaurant features all your faves, including crab xiao long bao, prawn and garlic chive dumplings and steamed BBQ pork buns. The deep fried lobster tails are an absolute must, but so is the quail Maryland, so good luck choosing between the two. 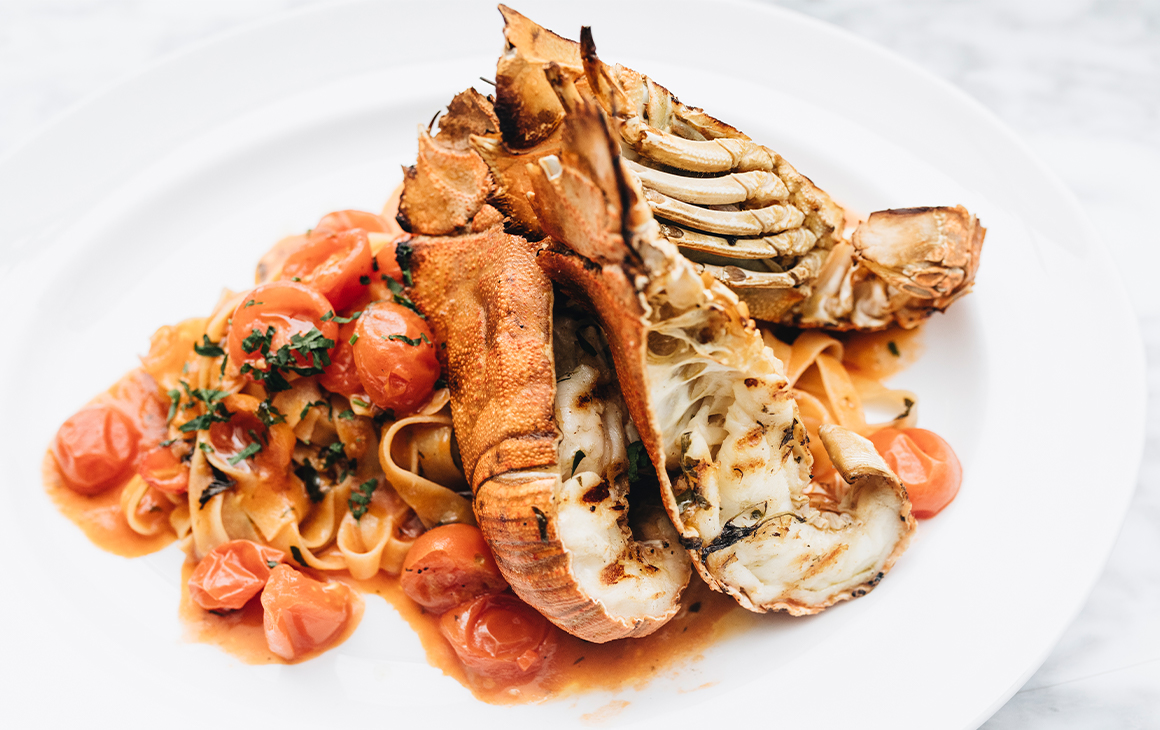 Combining Italian cuisine with waterfront views and superb seafood, it’s not hard to see why Massimo is quickly establishing itself as one of the Riverside Centre's most popular foodie destinations. Their reputable selection of house-made pasta includes sand crab and prawn tagliolini, pappardelle al ragu and baby stuffed squid with a tomato crustacean sauce. If that doesn’t set your mouth watering (we’re only judging you a little), you can’t go wrong with Italian family favourites like osso bucco, veal cotoletta, porchetta and chicken in prosciutto. Grab your famiglia and your best stretchy pants—you’ll need them.

Take a long lunch and sidle on down to Jumbo Thai for some of the fanciest Thai food in the city. It’s hard enough to choose from the list of starters, but don’t fill up too fast, you'll want to save room for dishes like banana prawns and roasted cashews, or even the crispy pork belly and vegetables. If you’d prefer curry, the massaman lamb shank curry is a winner, and then comes the best part: dessert. Caramelised Thai egg custard pudding, chocolate-coated banana fritters, lemongrass panna cotta—the list goes on. Honestly, you’ll have to eat here five nights a week just to try it all.

Located in Brisbane City’s Asian cuisine hub, Yakiniku Hachi is a sizzling addition to the Japanese BBQ scene. Bring your chefs hat, ‘cause at Yakiniku Hachi, diners grill their own meals using a charcoal grill called a shichirin. Choose from a selection of mouth-watering meats including wagyu beef, duck breast, and pork belly, or, if you’re feeling adventurous, pork tongue and chicken giblets. Once you’ve made your selection, your meats will be marinated in the kitchen using a decades-old recipe for ultimate flavour payoff. Once they’re good to go, your meats will be brought out to cook right in front of you, in traditional Japanese BBQ style. Oishii!

Prefer a liquid dinner? Head for one of the Brisbane CBD's best bars.