5 Hidden Asian Eateries We Need To Tell You About

Let us count the ways we love Asian food. One, it’s damn tasty. Two, it’s cheap. And three, you can find it in the most unsuspecting places.

Enter: our list of hidden Asian eateries you really oughta know about. We were tempted to keep these spots on the downlow but who are we kidding, we’re not renowned for our secret-keeping skills. So, go forth and feast, friends!

Remember when we spilled the beans that dessert bao exist and you can find them on the Coast? That was Bao Down! Hidden in Mount Coolum, away from the main foodie hotspots, the only way you’re going to end up here is if you’ve read this, or you prefer tracing the coast roads instead of the motorway. Anyhoo, dishing up some Asian must-eats, this restaurant is obvs known for one thing above the rest—their bao. The menu changes regularly but right now we have our heart-eyes on for the Quack Addict loaded with Peking duck, sticky hoisin sauce, coriander, chilli and cucumber and the Pablo Escobao with braised beef, sour cream, jalapeno and blue bean salsa. Not a bao-lover? No worries! Bao Down also do many a noodle dish (think pho and ramen) and curry. 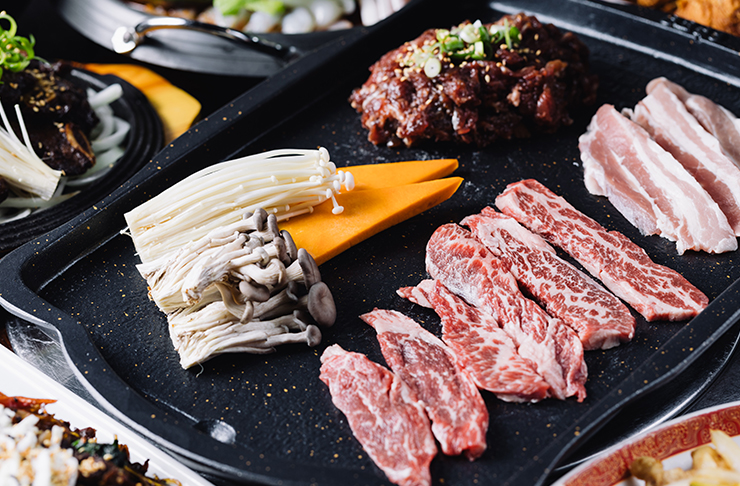 We went, we ate and we rate IKKO as one of the best Japanese restaurants on the Sunshine Coast. Never heard of it? Don’t fret, we were the same. In fact, we’d probably driven past it a bunch before we came across this Maroochydore spot on Instagram. Serving up authentic Japanese nosh at reasonable prices, if you’re going to pop your IKKO cherry we’d highly recommend doing it with the housemade gyoza to start, followed by the chicken katsu curry and rice or the sukiyaki beef udon. But really, everything on the menu sounds legit, so don’t even listen to us and just go your own way.

Japanese caterers, private chefs and deli owners, Blue Plum is a little bit of everything rolled into one. One for the Noosa peeps, the shopfront in the industrial estate is open Tuesday to Friday, 10am to 3pm, making it the perfect pitstop for a quick lunch away from the desk. Got a special event coming up? This pair creates incredible Japanese dishes that’ll wow the pants off the grumpiest food critic and are available for pre-ordered catering or, will come cook in your home—we’re putting that one on the bucket list. 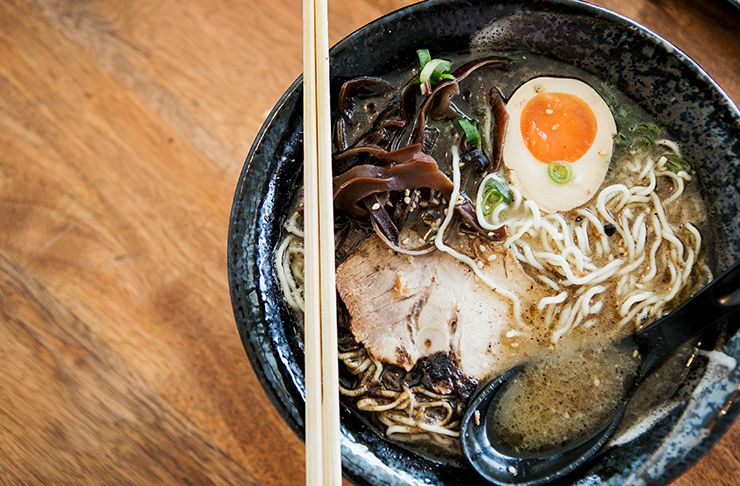 While you might not know about it (yet), Ginger already has quite the local following from savvy central Sunshine Coasters. So, if you’re counting on getting your Japanese fix here, make sure you book in advance. Now, onto more important stuff, like the food. Without listing everything on the menu—which we totally could—the gyoza are next-level, the okonomiyaki is out of this world and the aburi scallops, well, you get the picture. Good luck just going once.

A bit further afield than the rest, Daepo Korean BBQ can be hunted down in Beerwah. Now, we’re not going to say we’ve been here because truth is we haven’t, but word on the street is this is a must-try if you’ve got a hankering for Korean. So, we’ve put it on our hit list and you should too. Opening its doors early 2017, Daepo is a traditional Korean BBQ restaurant where you choose your meat and then cook it yourself at your table using the built in BBQ. Intrigued? Us, too!

Want to eat your way through a bucket list of Asian eats? We've got just the thing! Maybe you're a MASSIVE ramen fan? Have you tried out another fave of ours, Umami Ramen? Love Japanese? From budget To blowout, here is our 7 best Japanese restaurants on the Sunshine Coast here.