Brunch just got a tad more exciting on the Sunshine Coast with the re-opening of Eumundi’s Bohemian Bungalow.

You might remember this old favourite closed its doors a couple of years back, much to the despair of its loyal followers. But the good, no, great news is that new owners have swept in, created menus brimming with drool-worthy dishes and will officially throw open the doors for the first time this weekend. 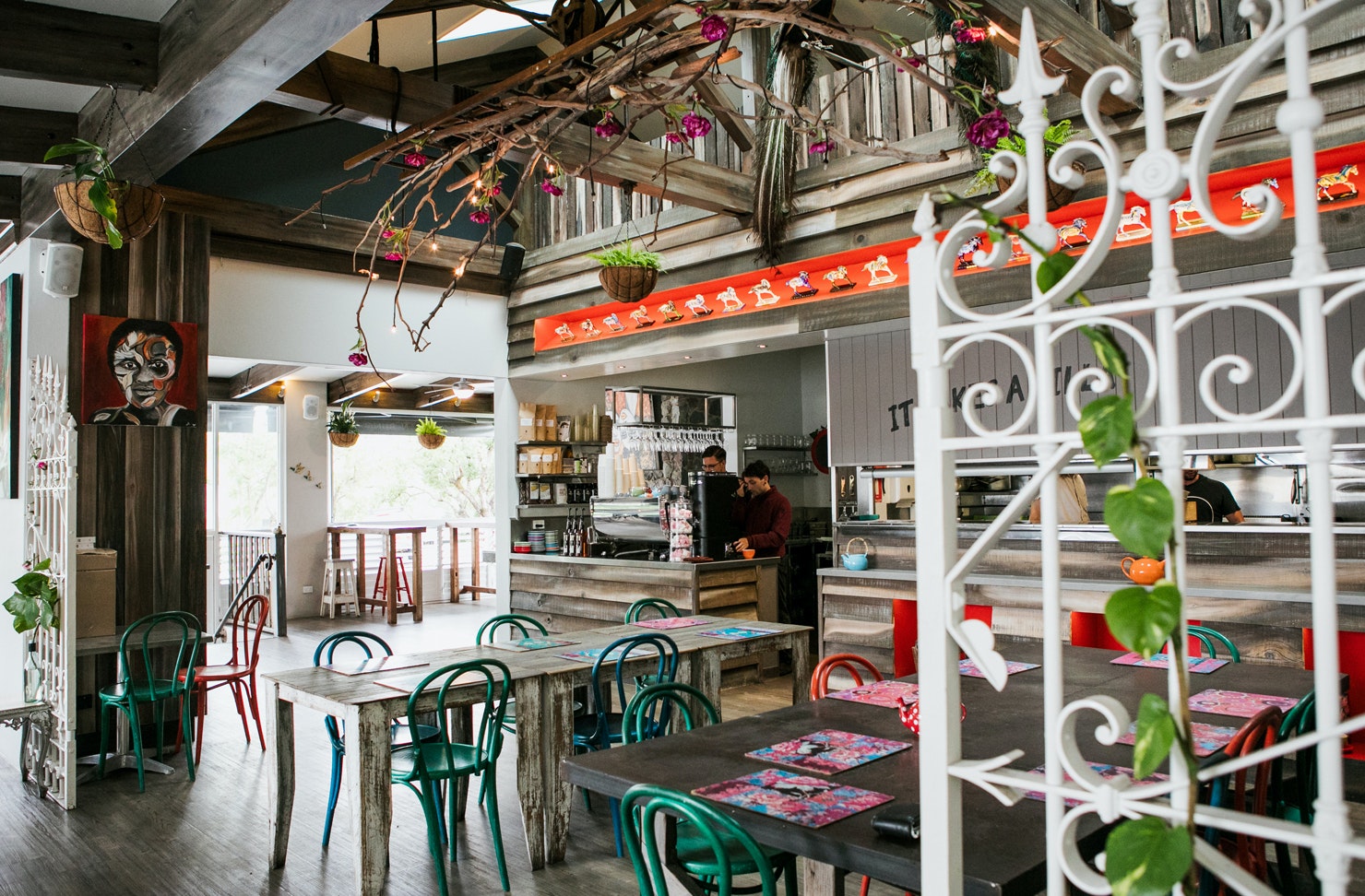 Brought back to life by the crew behind Little Mermaid on the Gold Coast, if their success in the southern city is anything to go by, version 2.0 of Bohemian Bungalow will be a winner.

So what can you expect? The crew will be serving up picture-perfect feeds and slurpable drinks from mid-morning until night, with their menus spanning breakfast, brunch and dinner. The focus will be on using local produce and bush tucker, so you’ll find ingredients here that you might not see often.

While the interior hasn’t changed, what’s coming out of the kitchen has. Brunch is undoubtedly the hero, with the likes of a vegan brekkie board for two, loaded with pea and beetroot falafel, roasted pumpkin, flat bread, chutney, fried kale, cherry toms, whole roasted truffle mushrooms and mini acai, or a chilli scrambled egg croissant with fried chorizo basically begging to jump off the page and into our mouths. The raspberry cheesecake waffles with toasted pistachio crumb, raspberry gelato and fresh strawberries are also a must. 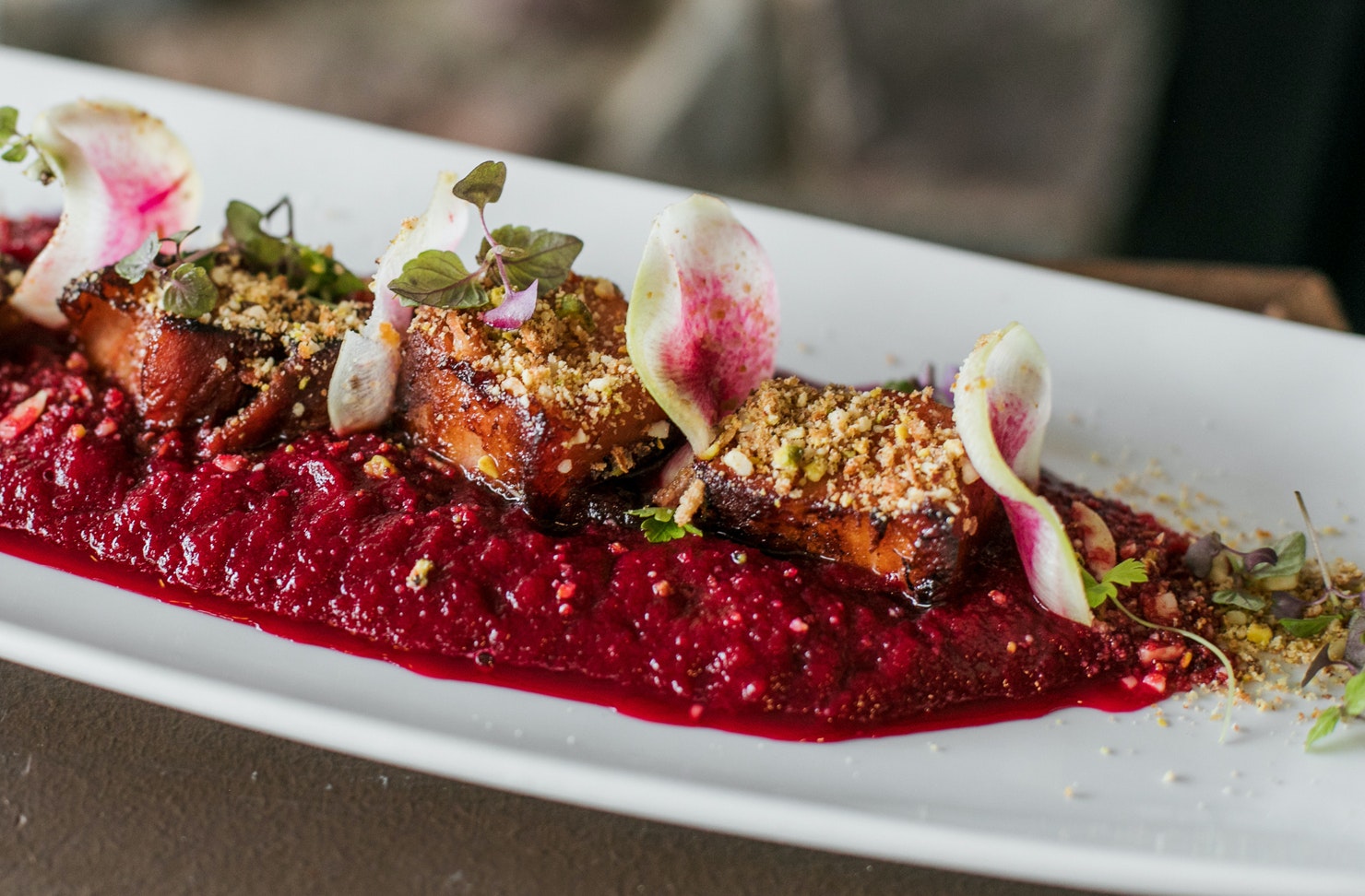 For the less adventurous, you can also stick with what you know thanks to a list of burgers, poke and acai bowls on offer.

Once dark hits, it’s all about the dinner dishes. We recommend trying the sour cherry pork belly or the wattle seed-crusted kangaroo to start, followed by the lemon myrtle whole baby Barramundi or a melt-in-your-mouth 650-gram char grilled rib fillet. If a little slice of Italy is what the food doctor ordered, you’ll be pleased to know these guys also whip up a handful of pizzas.

Make sure you don’t forget about drinks though. Renowned for their cocktails, we’re already planning our designated driver so we can sip on the lychee and lemon Aspen mojito, cinnamon spiced orange sour and the smoked rosemary old fashioned. And that’s just the beginning.

Opening to the world this Friday from 5.30pm (bookings essential!), Bohemian Bungalow will then be open Wednesday to Sunday from 9am until late. So, clear your weekend, jump in the car and prepare to meet your newest brunch crush—she’s a tasty one.

What: Bohemian Bungalow
When: Open Wednesday to Sunday from 9am until late (kitchen closes from 3pm to 5pm)
Where: 69 Memorial Drive, Eumundi