Red Dead Redemption 2 Is Out Soon, But Most People Are Excited About The Fishing

This news officially made our weekend.

Rockstar Games (the crew behind Grand Theft Auto) has just dropped a glorious, 4K, 6-minute gameplay trailer for the hotly anticipated Red Dead Redemption 2. Our inner 18-year-old is doing cartwheels and shooting pistols in the air. We’ve already watched the thing like 20 times.

We won’t keep you in suspense. Get comfy and prepare to have your retinas scorched:

A bit of context, if you’re new to the franchise. It’s been eight years since the OG Red Dead Redemption landed on shelves. It was a genre-defining leap in terms of RPG gameplay, and a lot of gamers still consider it the best game ever made—part Wild West adventure sandbox, part spaghetti soap opera, part horse rustling.

According to Rockstar, Red Dead Redemption 2 is set during “this pivotal moment when the age of outlaws was ending and the modern world was born."

In the original, you were outlaw John Marston, a former outlaw on a quest for revenge. The shooting mechanics were intuitive (and went on to inspire other titles like Grand Theft Auto 5). The world was huge and gorgeous. And the story was gripping (if a little linear). 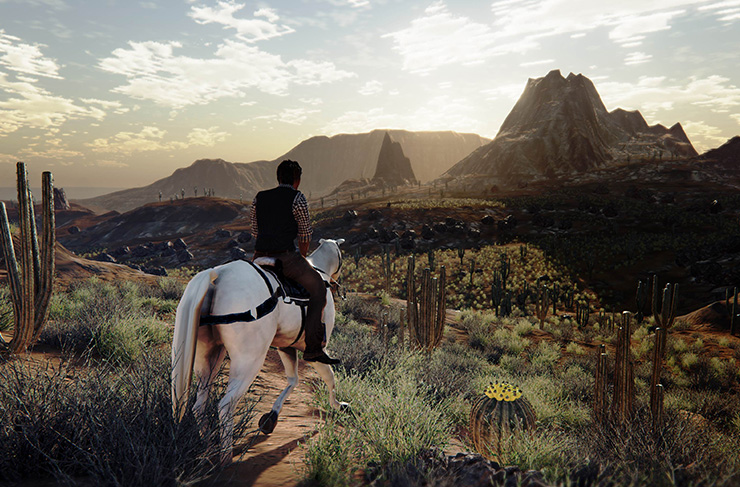 Rockstar is hoping to keep a lot of that secret sauce in the sequel. This time you’re playing as Arthur Morgan, the leader of a band of outlaws. There’ll be a bigger focus on community and individual characters this time around, as well as new horse mechanics, and even temperaments for different breeds.

Interestingly, fishing is also on the cards. The news dropped back in April and people got pretty excited. And new gameplay footage of fishing has only fuelled the fire. Why we, as gamers, get pumped about sitting around catching virtual fish to feed our virtual band of outlaws, nobody knows. But damn it I didn't spend several weeks of my life catching Stonescale Eels in WoW back in the day.

Still no news yet on whether you’ll be able to play Red Dead Redemption 2 on PC. It’s due to be released on PS4 and Xbox One on 26 October this year.

Fans are already clamouring for a PC port (there’s a Change.org petition with nearly 70k signatures), and recent Rockstar titles like Grand Theft Auto 5 and LA Noire have dropped on PC. So who knows? We might get lucky. Personally, I suck at console shooters (even with Dead Eye targeting), so I'll be pushing for a PC release.

Want to know more about Red Dead Redemption 2? Check out all the trailers and gameplay footage over here. The official launch date is 26 October 2018.