Late last week, I ventured down to an unassuming little cafe named Francis Coffee. Located on Franklin Street, opposite the Queen Victoria Market, I was instantly impressed by the hanging artwork and general colour tones of the small outlet. I was also pleased to soon discover a handpicked assortment of juices, sodas and craft beers, complemented by a heaving cabinet of deliciously presented muffins and savoury treats.

In conversation with owner and operator, Gerrick Numan, I quickly pieced together the significance of the artwork and obvious attention to detail in Francis Coffee's interior design. An artist by trade, the New Zealand native has spent the last 15 years in the hospitality industry, and has opened a number of reputable local coffee haunts.

While his previous projects include Collective Espresso, WILLIM Espresso and Hobba, Numan maintains that Francis Coffee, named after his favourite artist Francis Bacon, will be his long-term love.

Back to the visuals – I loved the balance between exposed concrete and timber features. Blue and purple toned portraits by Numan hang from the rear end of the room, drawing attention to the high ceilings and adding warmth to the space. The offering of contemporary design focused magazines also encourages customers to sit down and relax, if only for their lunch break.

Aside from an incredible breakfast and lunch menu, Francis Coffee also runs a rotating selection of gourmet sandwiches. Sourcing their ingredients from the conveniently located Queen Vic, the chef on board has an extensive restaurant background and could be considered a modern flavour master.

Numan recommends the maple-glazed bacon with cheddar and black pudding hash brown (yum!), while I thoroughly enjoyed the house-made muesli with vanilla honey yoghurt and market berries, which as a bonus is gluten-free.

The serious-looking coffee machine runs Seven Seed beans, sourced from nearby Carlton. I put Numan's long black recommendation to the test and watched as he weighed and timed the espresso pour. They take their coffee seriously here, and the proof is in the pudding.

With an array of students, office workers and artists frequenting the recently-opened establishment, I would highly recommend Urban Listers partake in the breakfast and coffee experience at Francis Coffee! Open early from Tuesday to Sunday, it's an incredible excuse to indulge in fresh, high quality meals, complemented by an example of the city's better coffee. 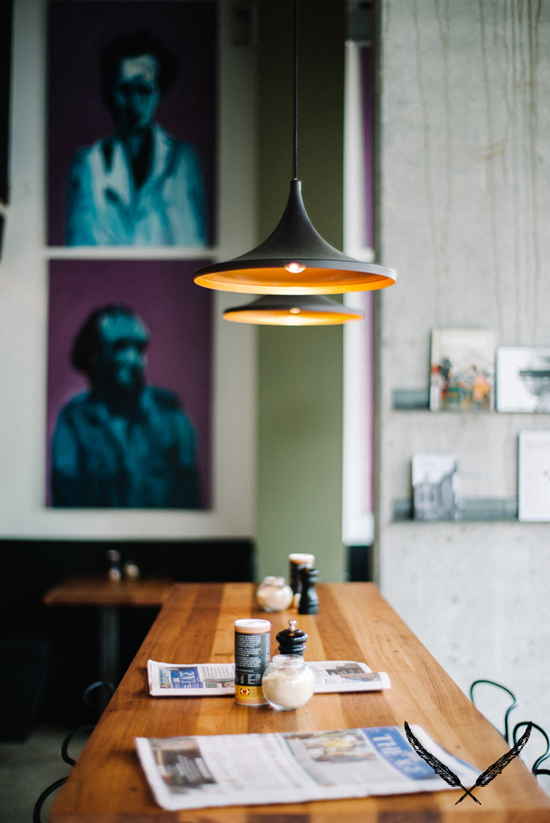